Symmetry in photography creates a powerful visual impact which is both appealing and intriguing. In this tutorial, you’ll discover useful techniques for creating symmetrical compositions such as how to look for symmetry while you’re out shooting and how to compose your shots for maximum impact. You’ll also be introduced to some iPhone apps for creating symmetrical photos in situations where you can’t find any natural symmetry in the scene. 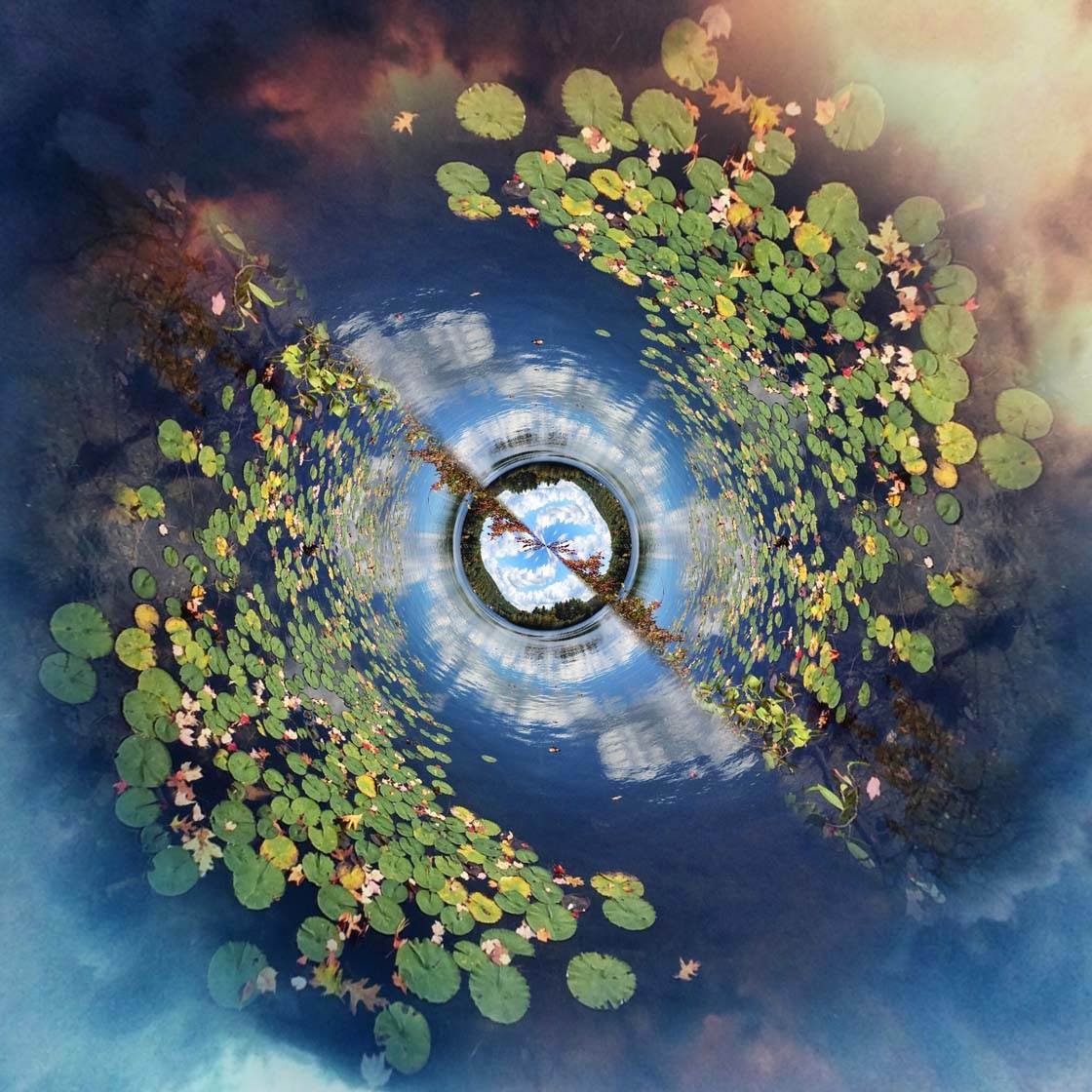 The dictionary definition of symmetry is “The quality of something that has two sides, or halves, that are the same or very close in size, shape and position.”

Note that we are not exclusively talking about mirror images. So an image with a road or path down the middle with similar objects on either side constitutes a symmetrical image. 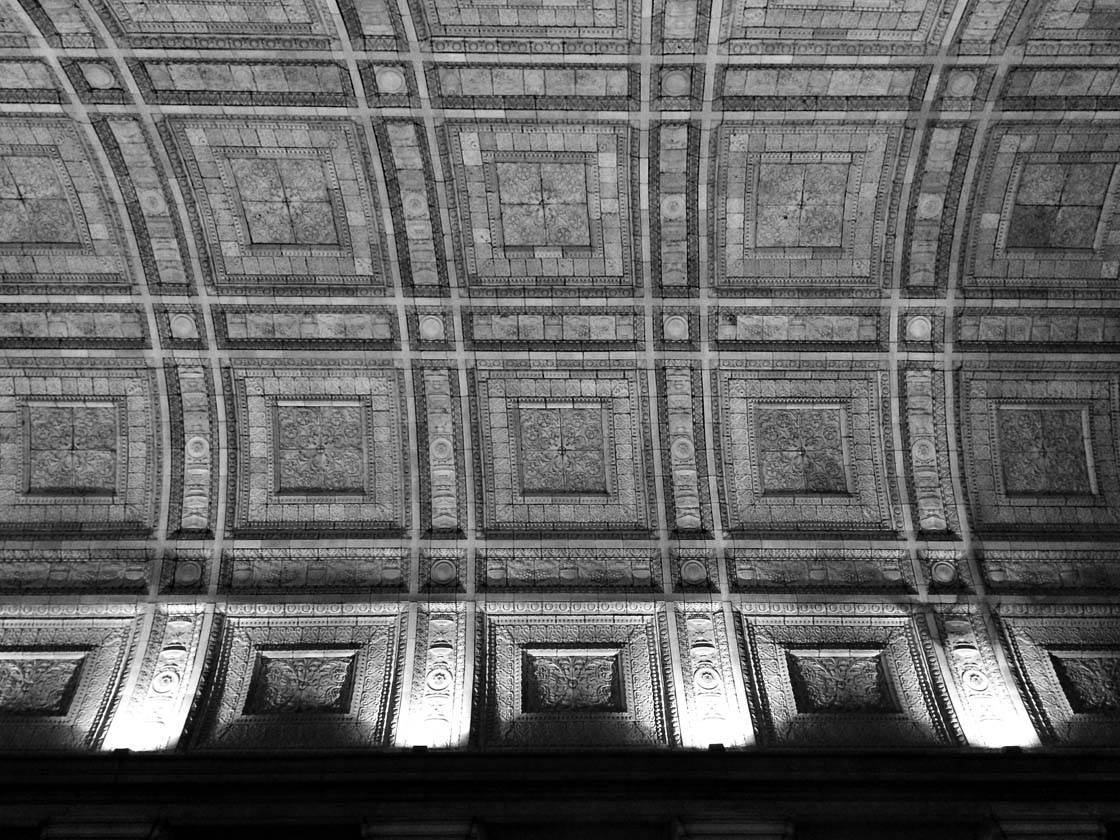 Why Is Symmetry So Powerful?

Symmetry provides our brains, which are always looking for structure and patterns in the world, with a sense of harmony. Symmetry is also aesthetically pleasing because of the balance it provides in an image.

Let’s now take a look at how to create stunning symmetrical compositions with your iPhone.

1. Keep Your iPhone Parallel To The Subject

In order to create a symmetrical image, you must ensure your camera’s sensor is parallel to your subject. What that means is that if you were to hold your iPhone right up to the subject, it would lay flat against it.

Any sort of tilt will result in lines that are slightly off, which can drive our brains crazy! 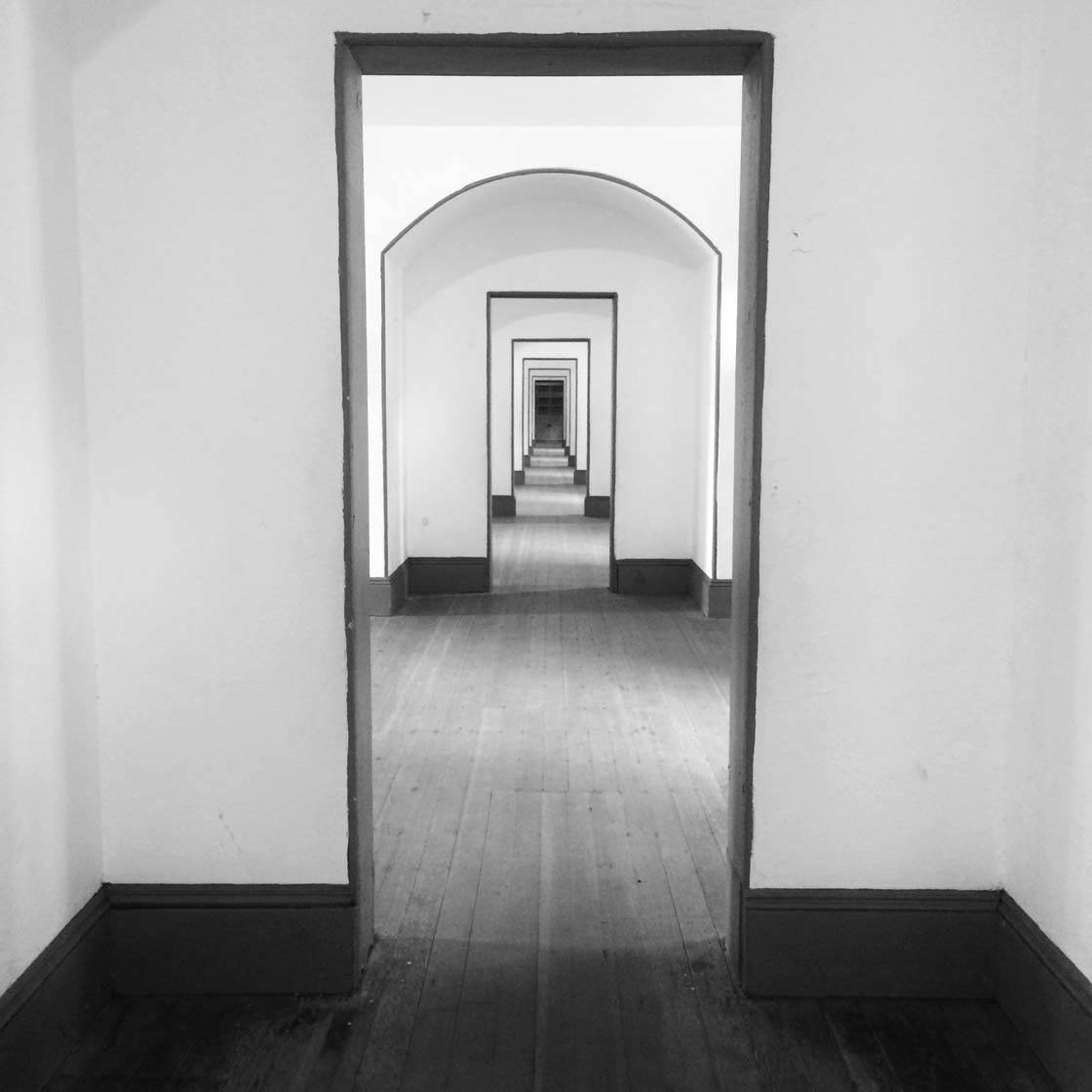 This type of shot can be tricky because you have to be completely centered, with your iPhone parallel to the wall in front of you. Any slight deviation, and the hallway would be thrown off center.

So when taking photos with symmetrical composition, take your time to ensure your iPhone is parallel with your subject. It’s well worth the patience and effort to get it just right.

2. Use Vertical Lines Of Symmetry

The vertical line of symmetry runs right down the middle of the image from top to bottom, creating an image with similar left and right sides. Look for objects with vertical lines in the scene in front of you, for example, trees, doors, paths, architecture, etc. 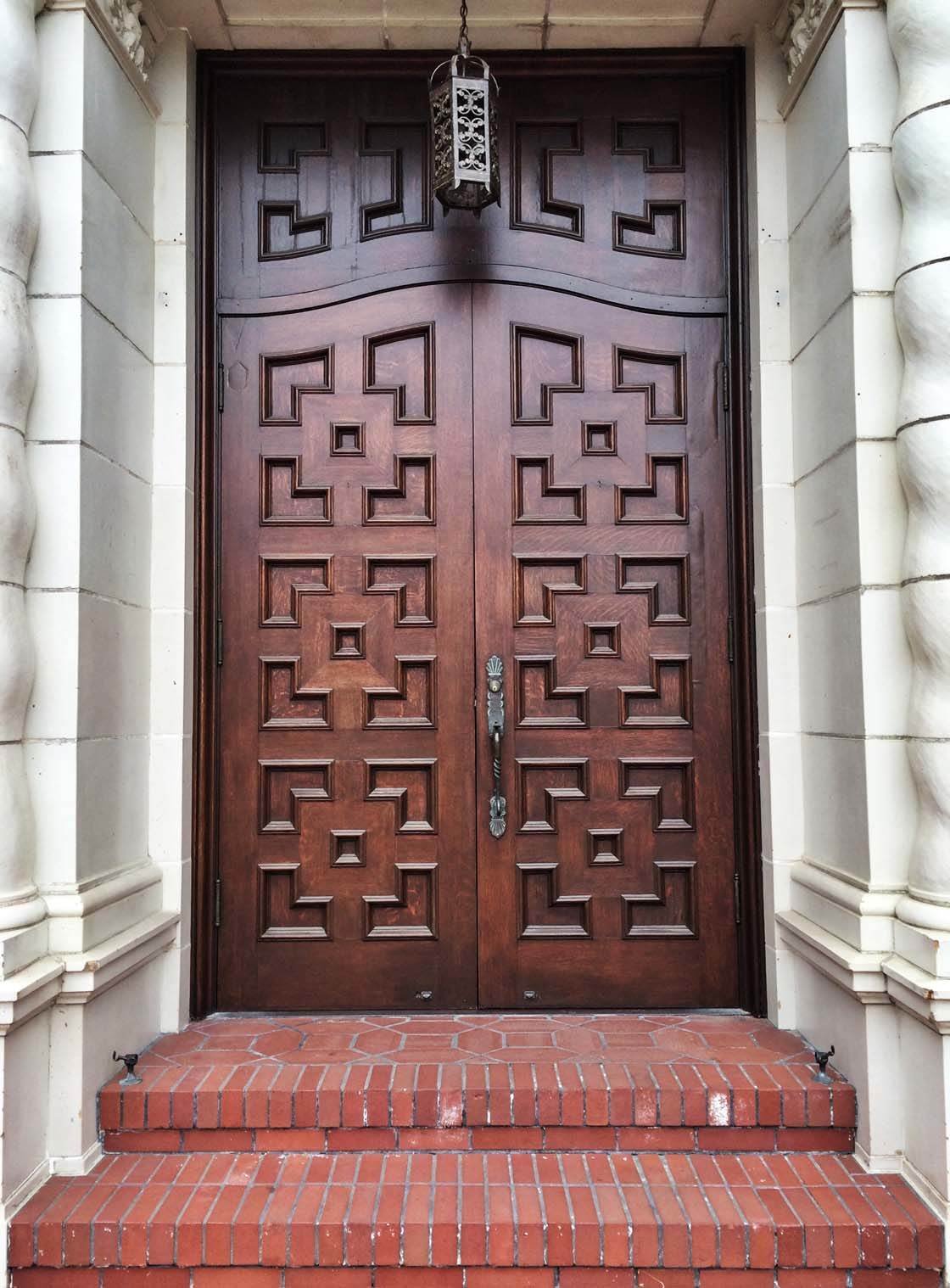 This composition of a doorway works particularly well because all of the lines around the edge of the image lead to the door. Again, the most important part of shooting something like a door is keeping your iPhone parallel to it.

Usually, to enhance the vertical lines, it’s best to hold your iPhone vertically in portrait orientation with the home button at the bottom. This provides the maximum amount of space for your symmetry on each side. 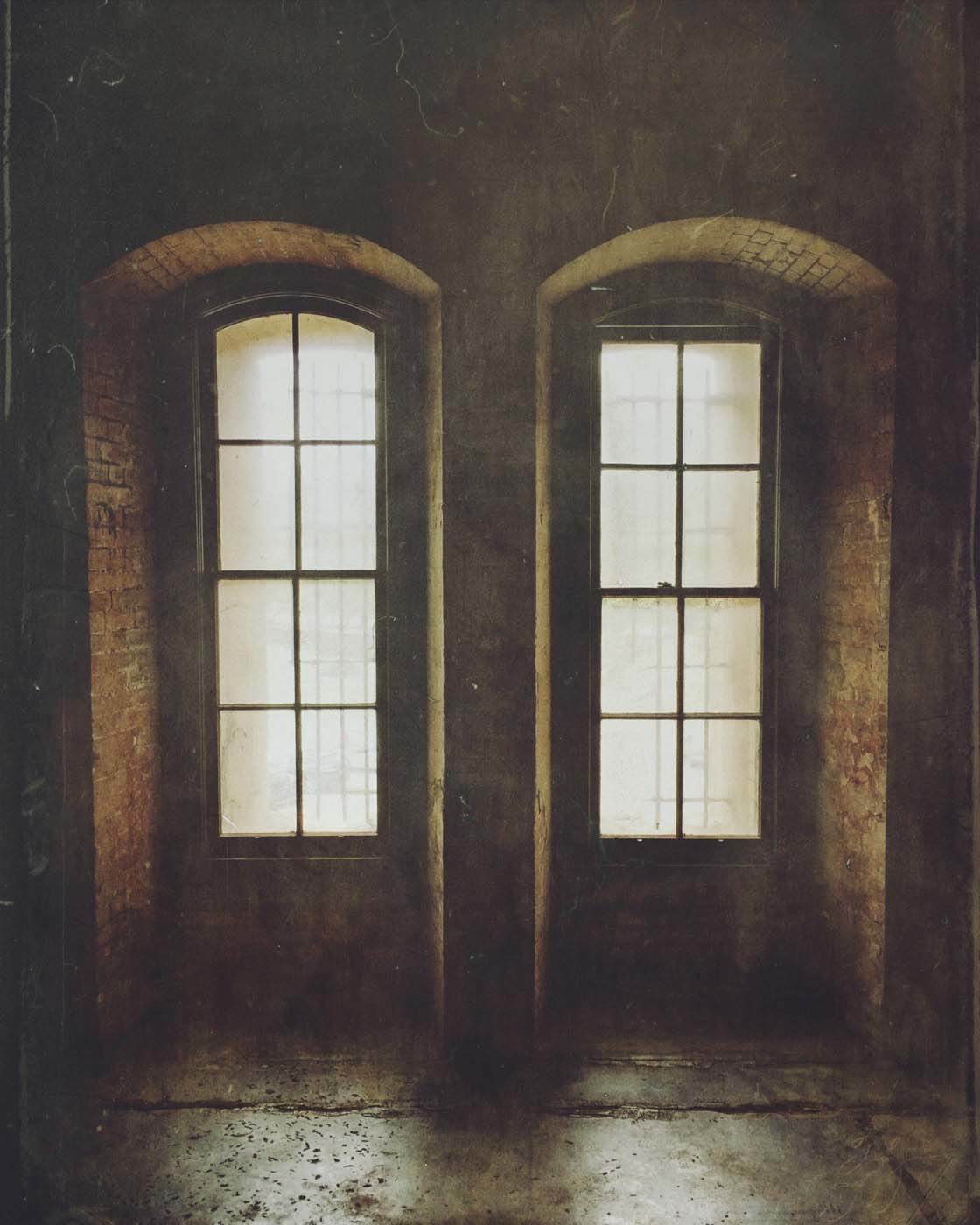 Holding the iPhone vertically in portrait orientation, as opposed to horizontally in landscape orientation, enhances the vertical symmetry in this image.

If I were to hold the iPhone in a landscape orientation, there would be too much room on either side of the windows and probably not enough space to capture the light on the floor. In other words, the composition would be weaker.

3 Use Horizontal Lines Of Symmetry

The horizontal line of symmetry runs across the middle of the image from left to right, creating an image with a similar top and bottom. To best showcase the symmetry in these kind of images, you’ll want to hold your iPhone horizontally in landscape orientation. 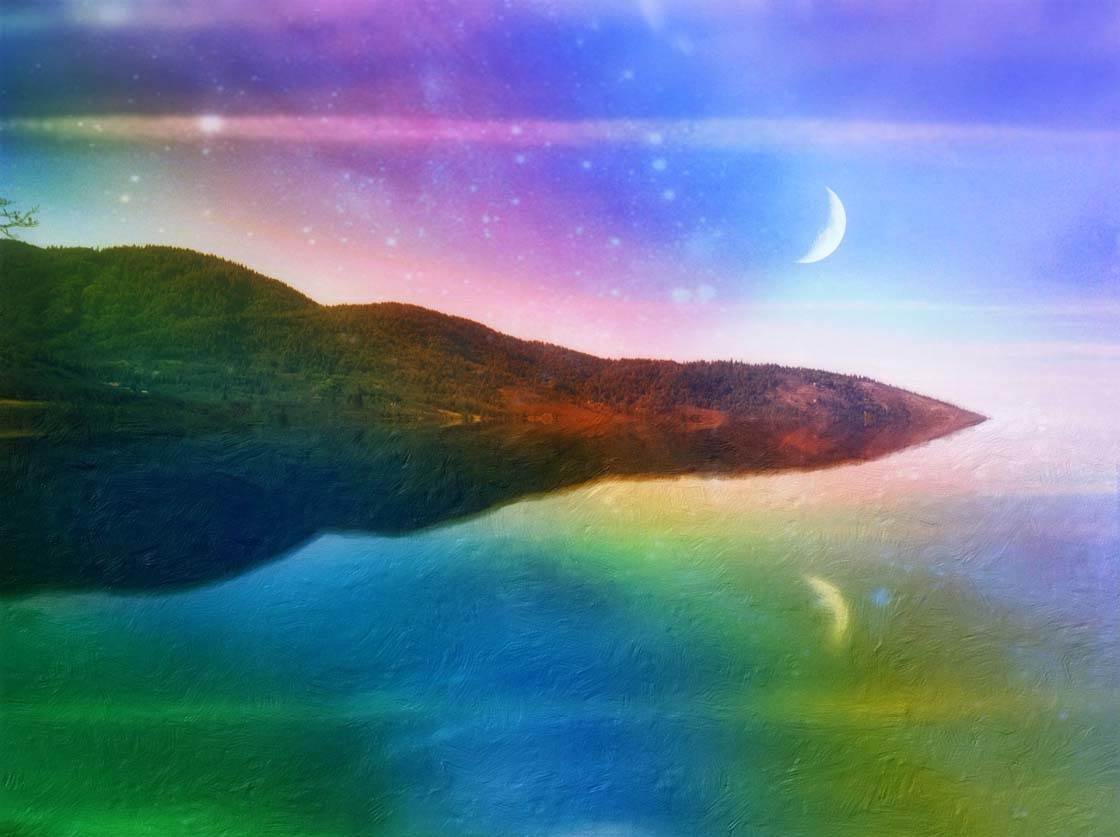 The easiest place to find a horizontal line of symmetry is in a calm lake. The reflections of anything in the sky and along the shoreline make for an easy symmetrical image.

Of course, there are more images with horizontal symmetry to create than just reflections. Keep an eye out for lines that run horizontally in other types of scene where you could create a well balanced symmetrical photo. 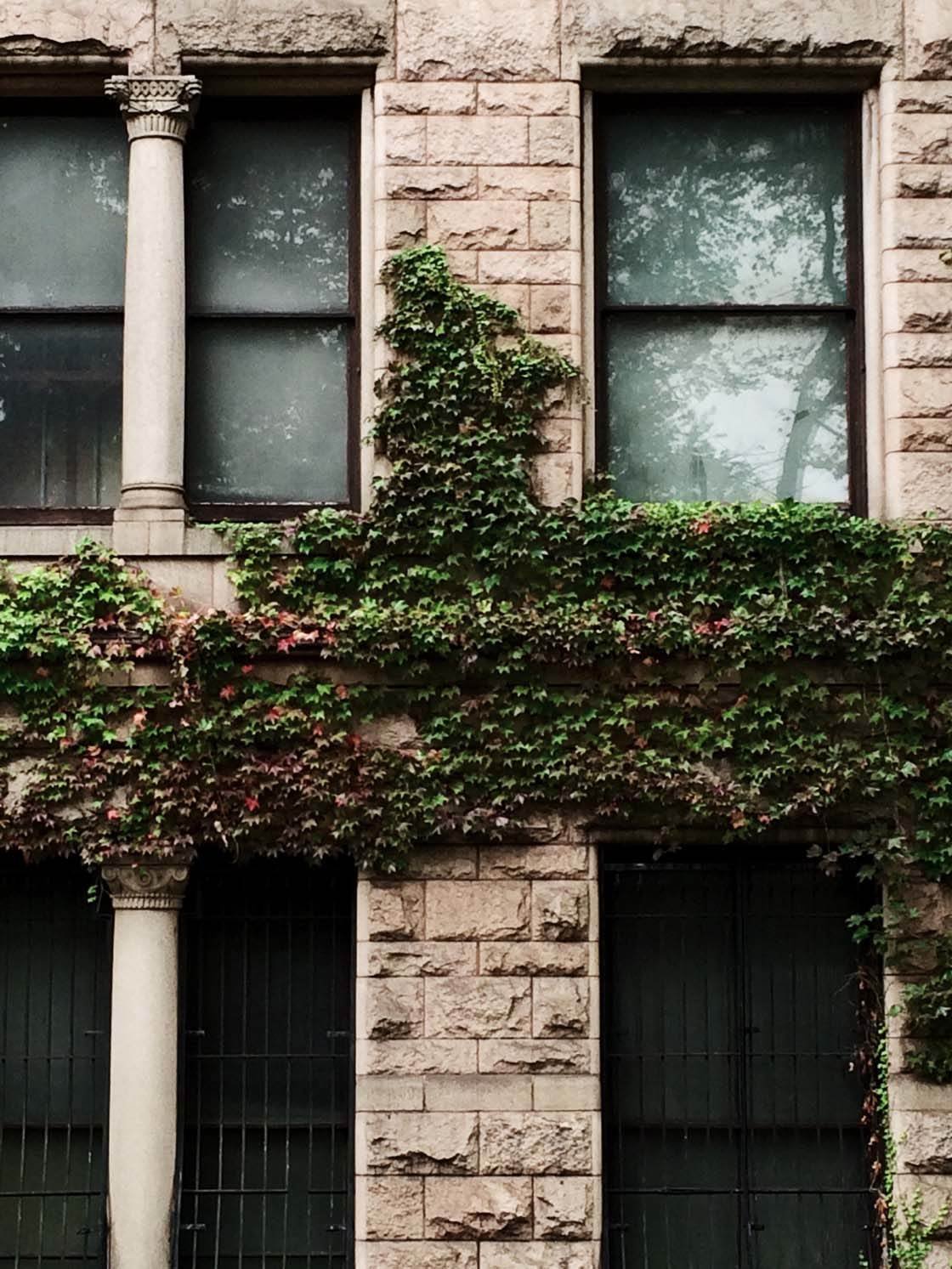 While this isn’t a perfect mirror image, there is horizontal symmetry going on. If you cut the image in half horizontally, most of the image lines up symmetrically, with the exception of the missing bricks on the bottom of the image.

Symmetry doesn’t have to be perfect to add balance and harmony to your image, and the above example demonstrates this.

4. Keep The Line Of Symmetry Central

Composition is key in symmetrical images. When you spot a scene that has symmetrical balance, keep in mind that your line of symmetry should be centered within the composition. This applies to both horizontal and vertical lines of symmetry. 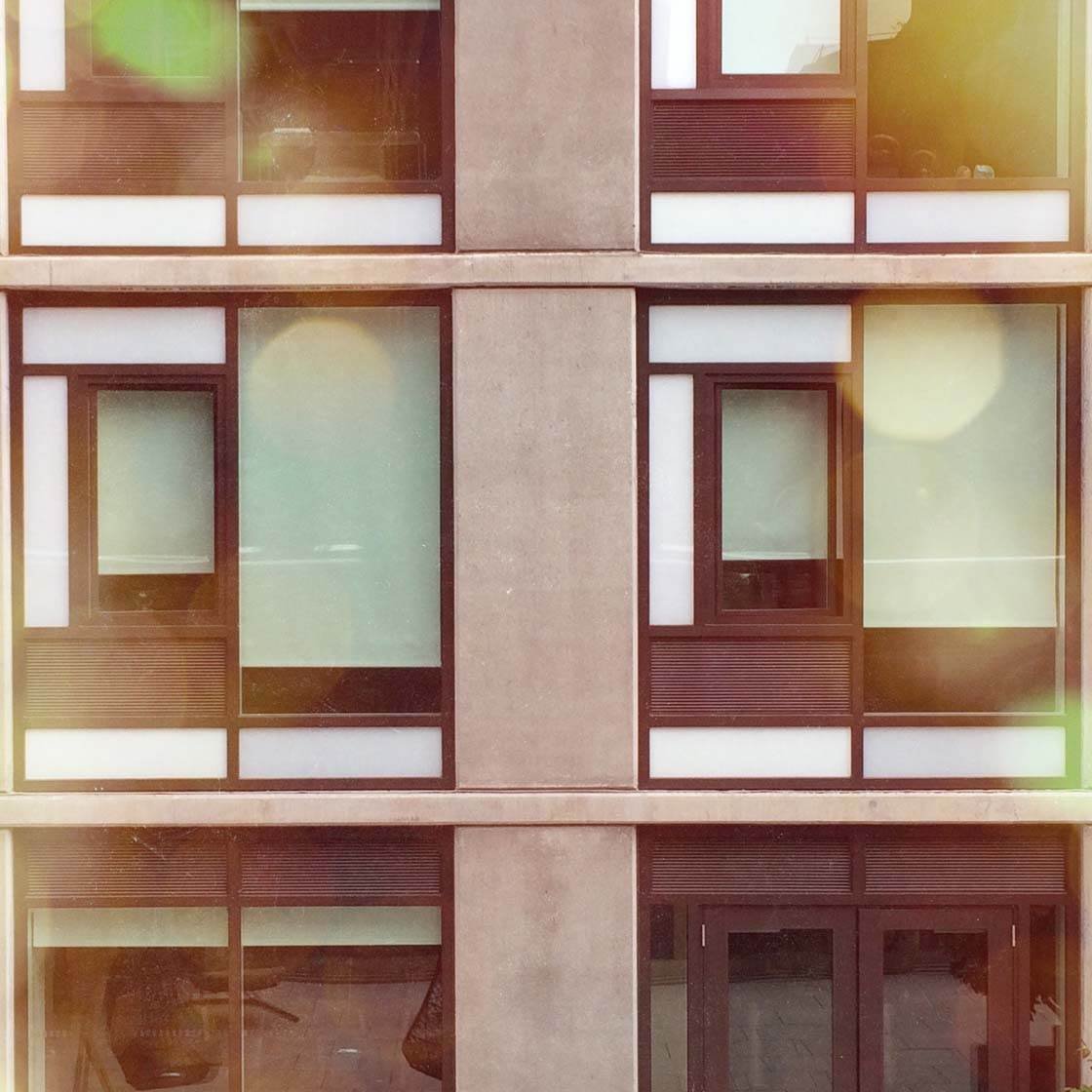 If the line of symmetry isn’t central, the image won’t look right. In the example above, if I had positioned the vertical concrete pillar further to the left or right, the image wouldn’t have such strong symmetry.

5. Use Apps To Create Symmetry

If you can’t find any scenes with symmetry to photograph, you could always use a photo app to create a symmetrical image. This basically involves mirroring an existing image either horizontally or vertically. 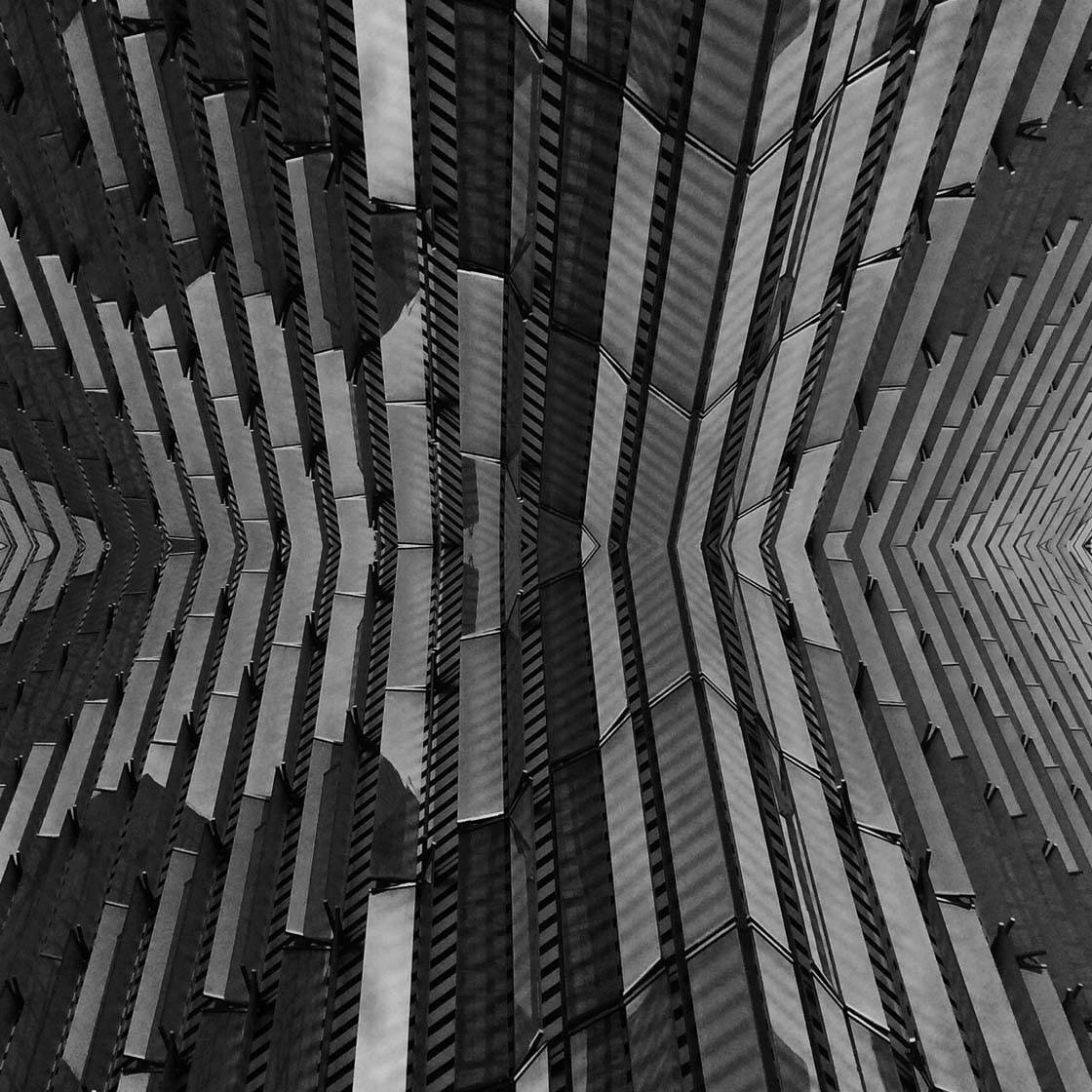 This is an abstract symmetrical image of the World Trade Center in NY. To be honest, I had to go abstract because my original shot wasn’t centered perfectly. Don’t let a mistake keep you from trying to make an image work!

There are many iPhone apps available in the App Store for creating symmetrical images. Sparkmode (formerly Mirrorgram) features a live view of your mirrored image while taking photos. It’s quick and easy to use, even with photos you’ve already taken with other apps. 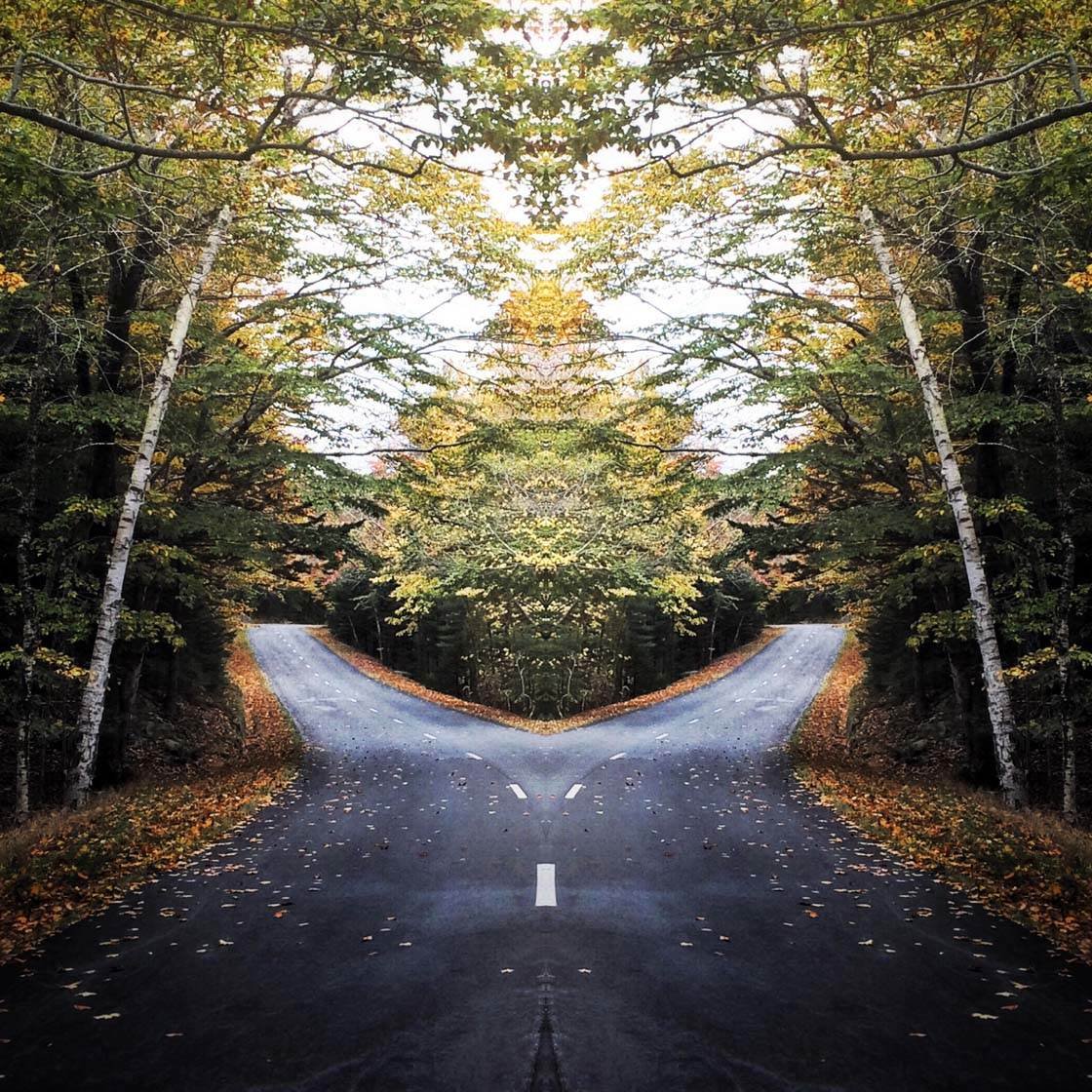 If the road had been straight in the above scene there would be natural symmetry in the image. But with the slight curve, I needed to use Sparkmode to mirror the image using a vertical line of symmetry. It works particularly well because there are many places for the eyes to wander with the S-curves. 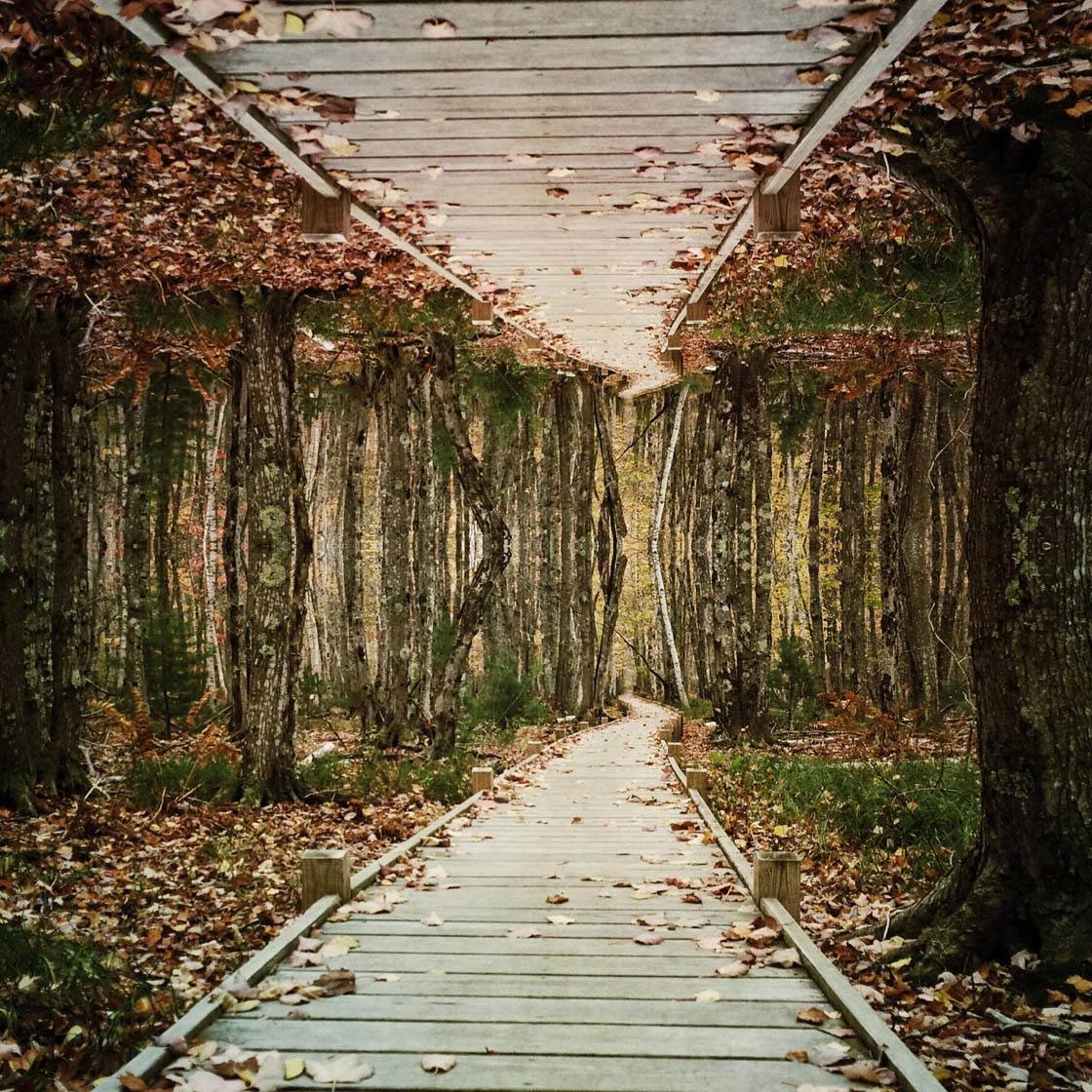 The one thing I don’t like about Sparkmode is it only offers a square crop. I recommend this app if you want the ability to shoot with a mirror effect applied in the viewfinder.

PhotoMirror is a surprisingly detailed app with many options, including a choice of different aspect ratios which many of the other apps don’t offer. The only thing missing is the live view of the mirrored effect in the viewfinder, but I highly recommend this app. 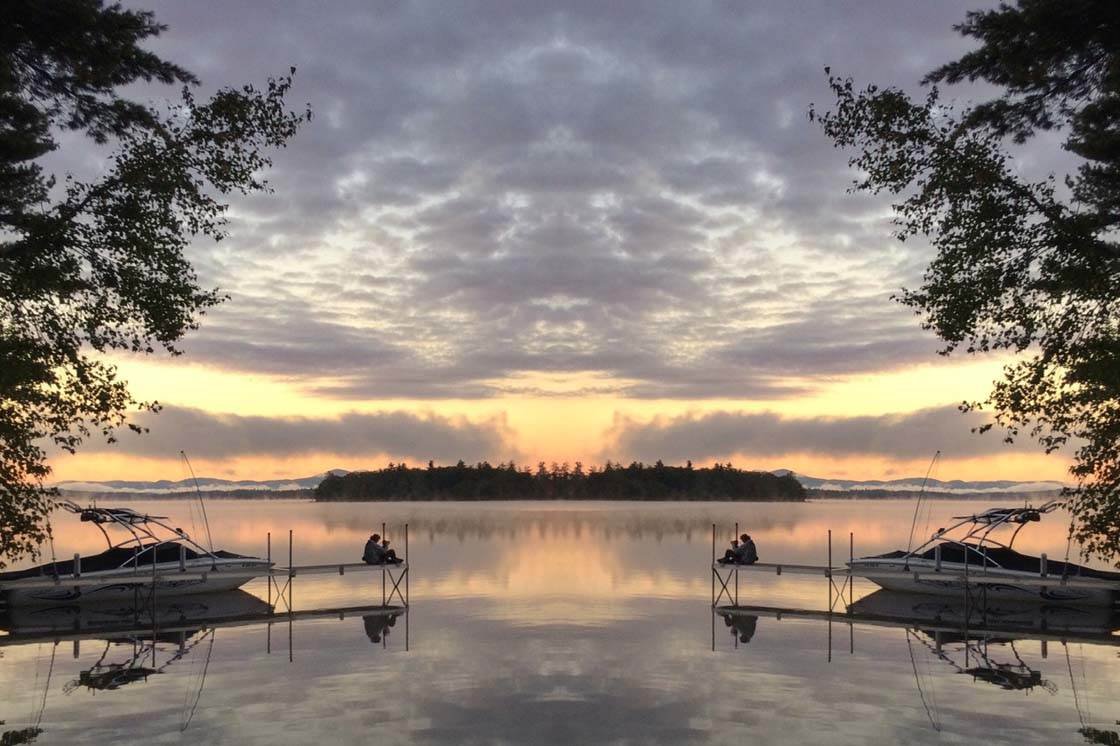 While Circular+ isn’t a mirroring app, it’s great for creating symmetrical compositions and adding balance to an image. To do so, simply go to image edit and tap the “+” to add a repeat. 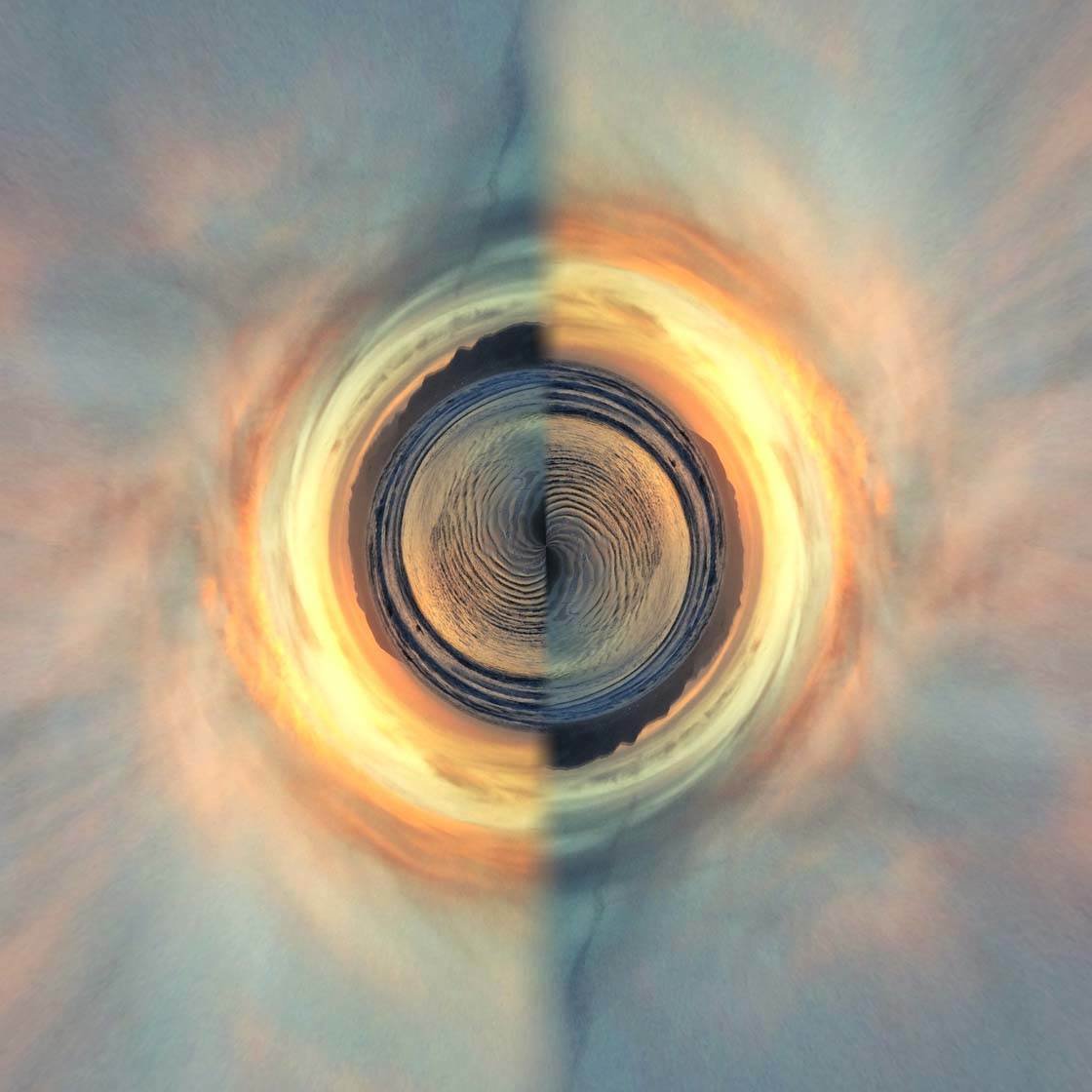 You can now rotate the image until you see a line of symmetry that you like. While you wouldn’t want to use this effect on all of your photos, it can add an interesting abstract twist to an otherwise ordinary image.

6. Be Aware Of Unnatural Shapes In Symmetry Apps

When you’re using an app to create a symmetrical image, there are a few things to look out for which may cause problems in the final image.

If clouds in the sky aren’t horizontal, they’ll make unnatural shapes when they meet in the middle. The same thing happens with waves in water, rocks, trees and just about any other objects you can think of. 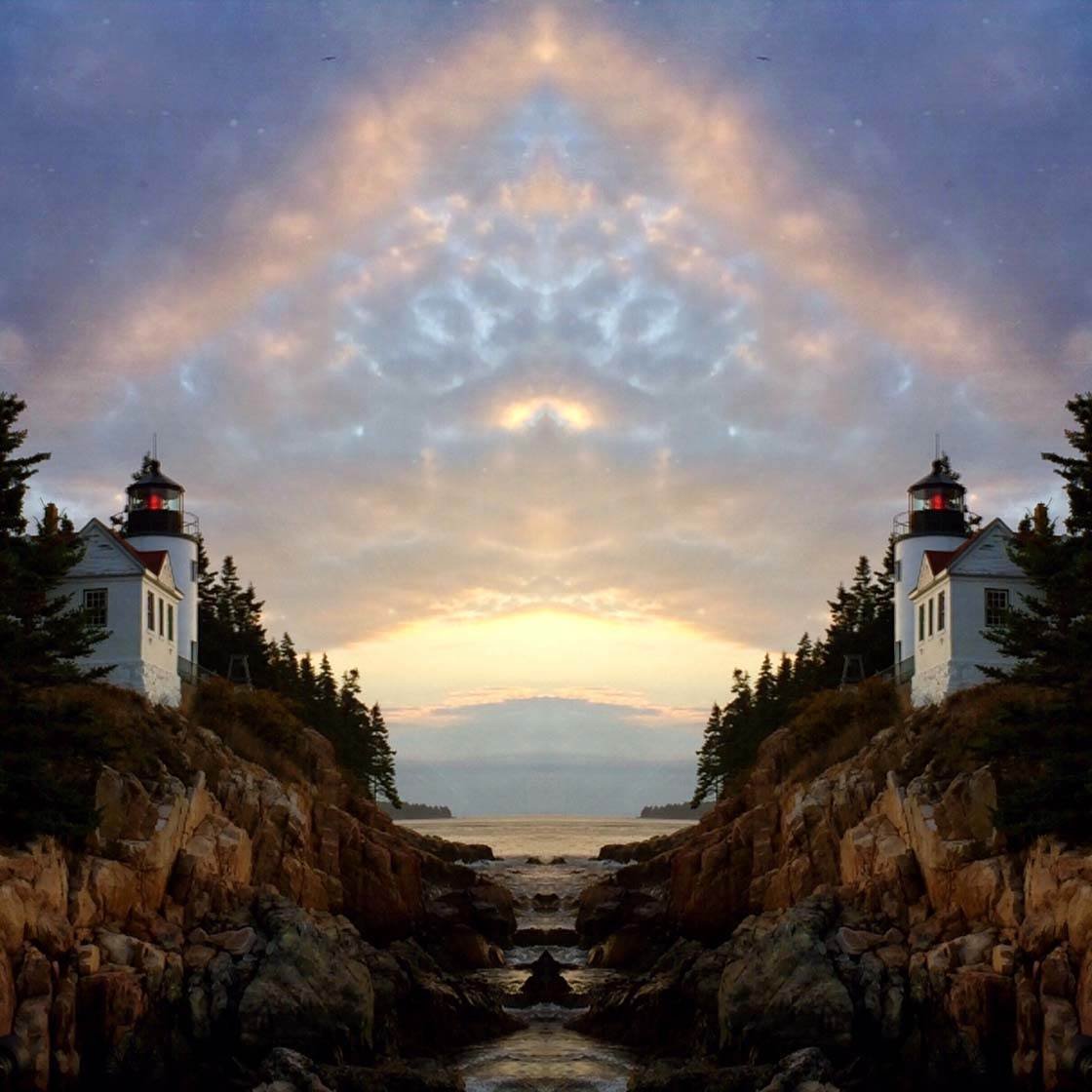 Here’s an example of problem areas to look out for when using apps like Sparkmode to create your symmetrical images. The angled clouds coming together look unnatural and the rocks being squished together make some weird shapes. 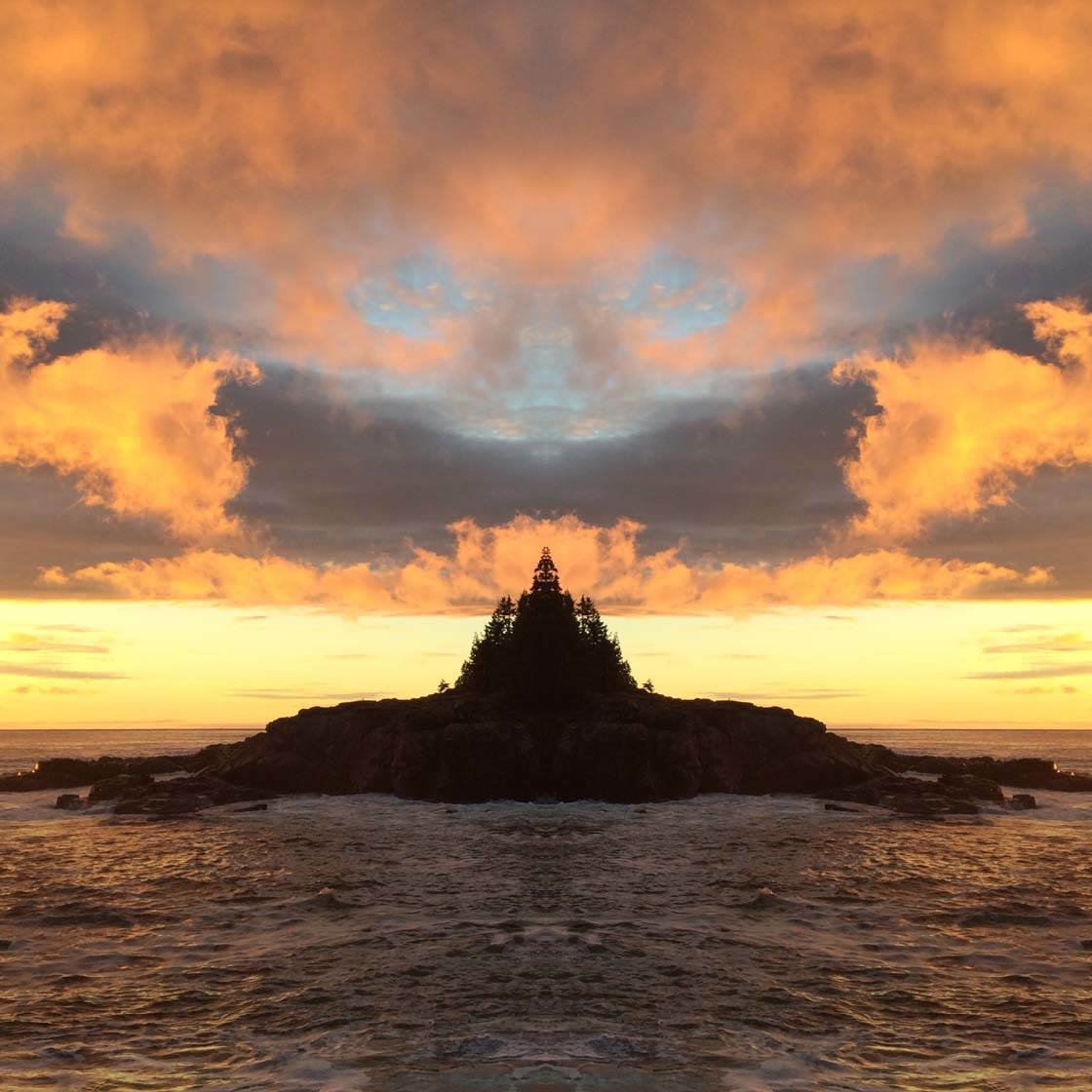 This is an example of finding the right point to mirror the image in the Sparkmode app. If I were to slide the original image to the left or right a little bit, the tree at the top of the island would have two tops and look unnatural. I had to find the sweet spot where it looked like a normal tree. 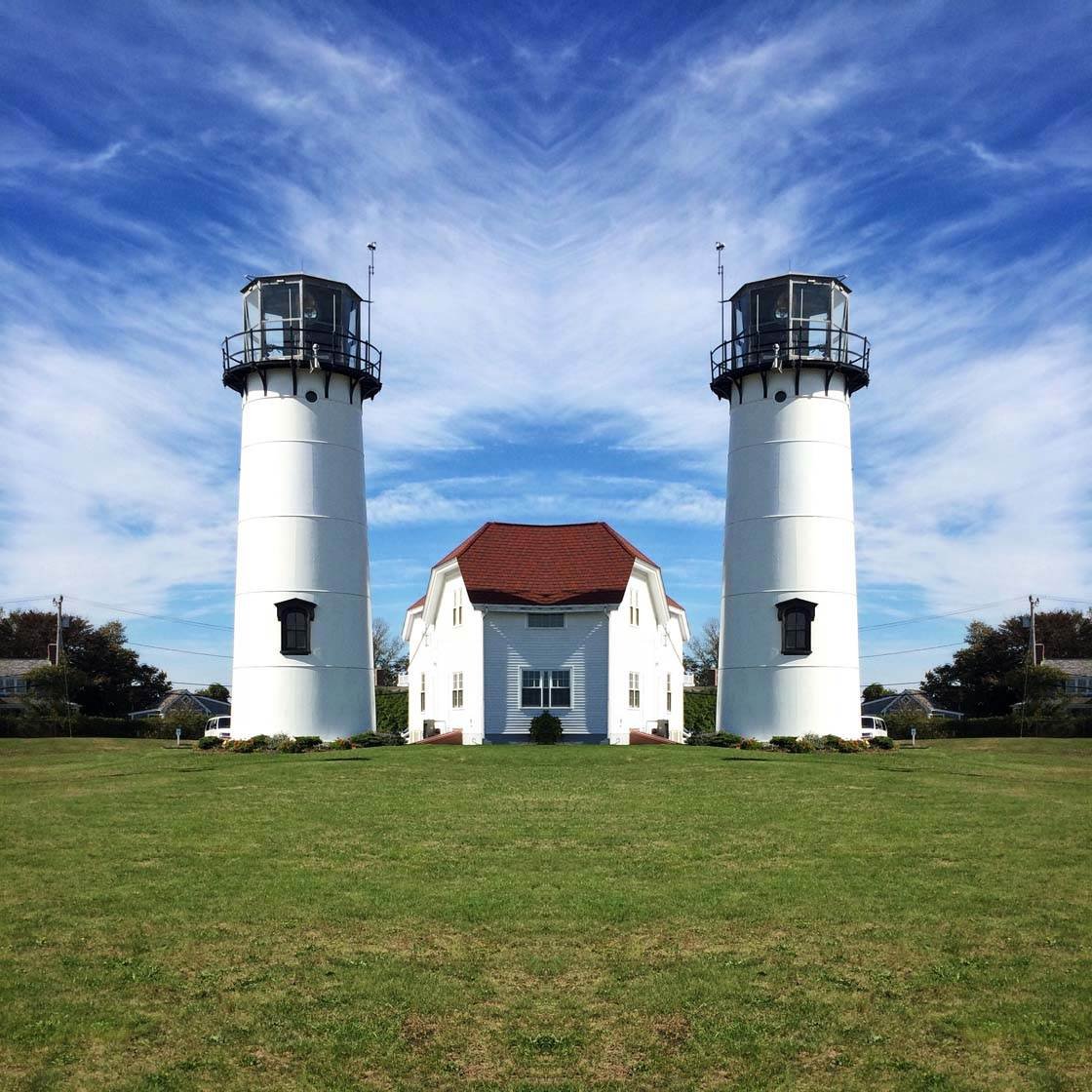 Another issues that may arise when creating a symmetrical image in an app is problems with shadows. The shadows in the image above are not all falling in the same direction which doesn’t make sense to our eye.

When creating symmetrical images using apps, be mindful of everything around your lines of symmetry and watch out for unnatural or strange shapes being caused by the mirrored objects.

7. Mix Up Your Shots

One final point… Try not to get stuck only seeing the world in symmetry or you’ll miss out on other photo opportunities.

After you take a photo with your symmetrical composition, be sure to move around and take a few asymmetrical shots as well. This will add variety to your photos and show your subject or scene from different viewpoints. 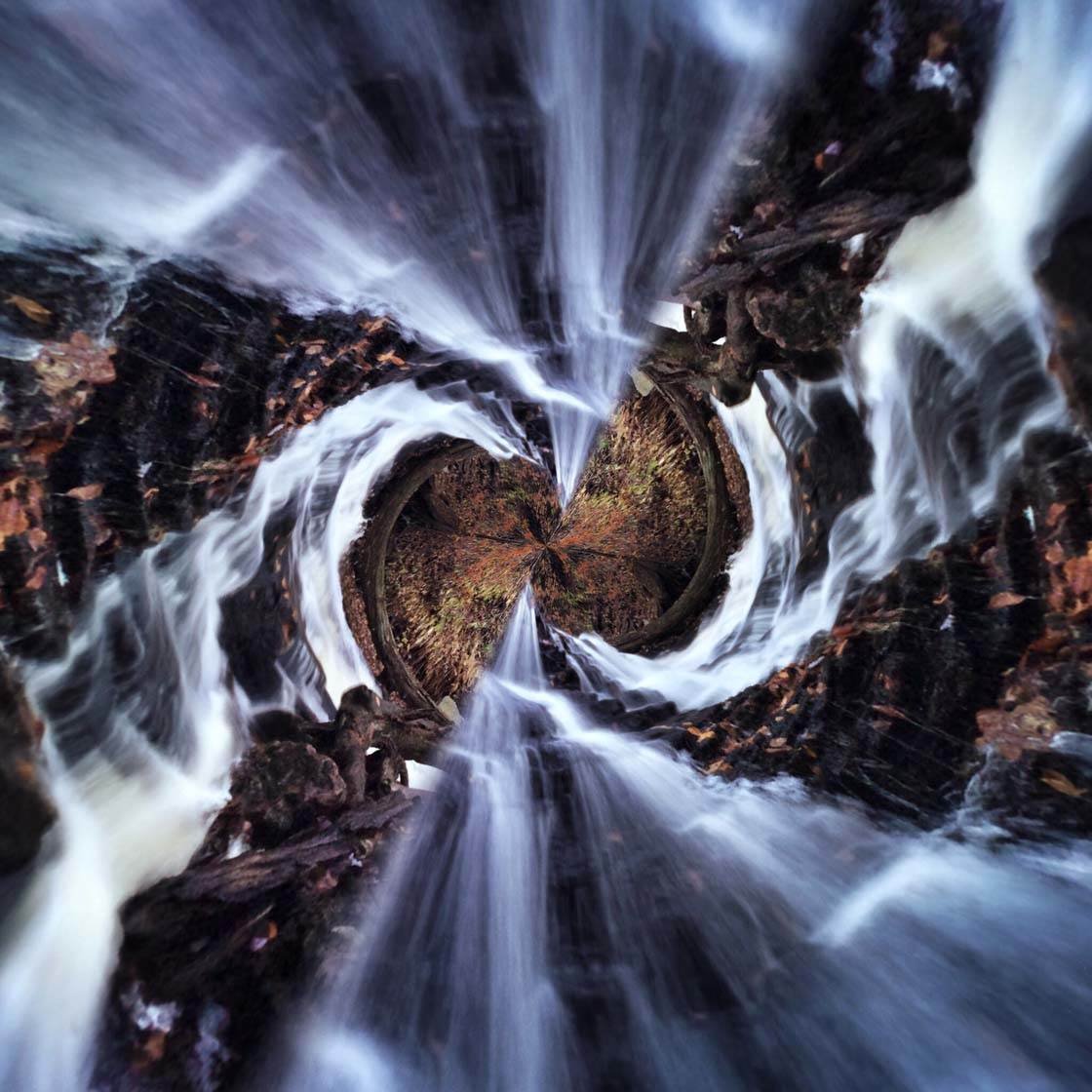