What could we iPhone photographers possibly learn from someone who started taking photos almost 100 years ago? Quite a lot as it turns out! Ansel Adams is one of the most important photographers of the 20th century. Best known for his iconic black and white landscape photos of the American West, he helped change the way people think about photography, turning it into an art form. In this article, you’ll discover just how much you can learn from this great master of photography, no matter what type of camera you use or what kind of pictures you enjoy creating. 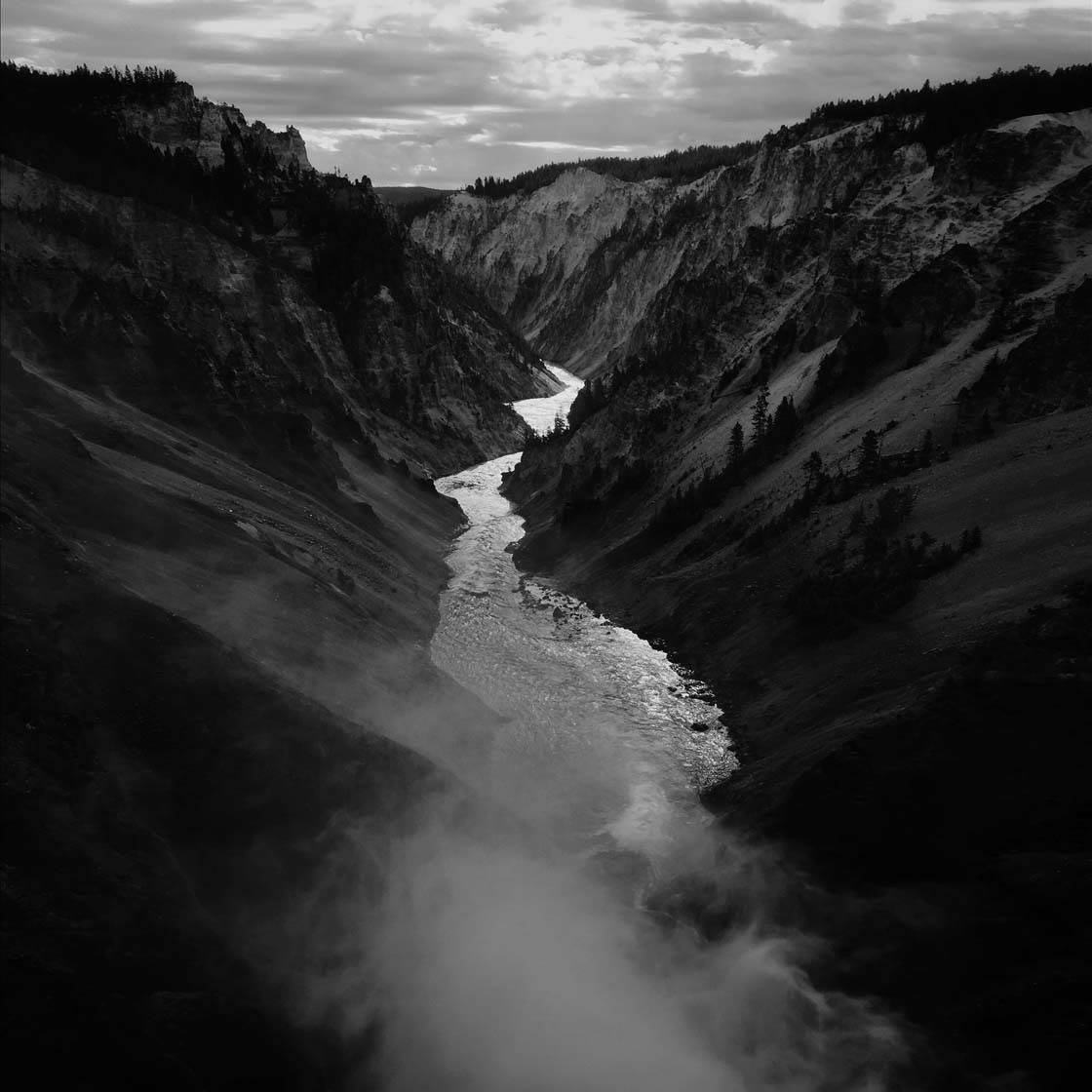 Of course, we could analyze the photos of Ansel Adams and dissect the techniques of this great artist’s work to try and see how he technically achieved his looks. But instead, we’re going to use some of his words as inspiration.

Below we’ll explore eight of his famous photography quotes to see how his ideas are still applicable to us as mobile photographers of the 21st century.

Please note that none of the photos in this article were taken by Ansel Adams… they were all shot by me on my iPhone!

We’re so used to saying “take” a picture, which implies that the photo is waiting there for us, and we just need to grab it.

What this quote from Ansel Adams says to me is that we need to think about having a much more active role in creating our photographs, by paying attention to things like composition and lighting. 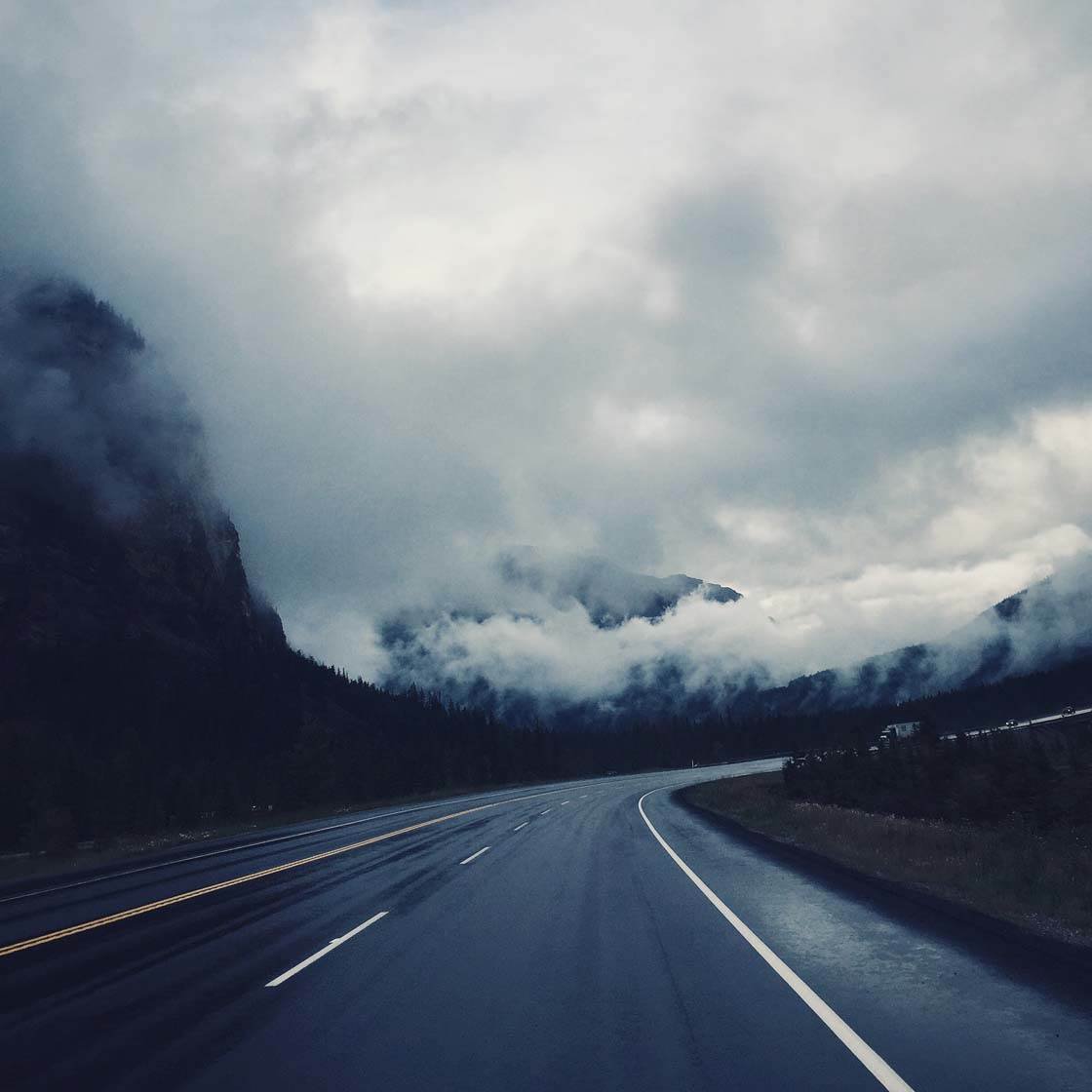 By making conscious decisions about where we stand, what we include in the frame, and at what time of day we shoot, we can exert a lot of control over our images and be more aware of each element in our photos. 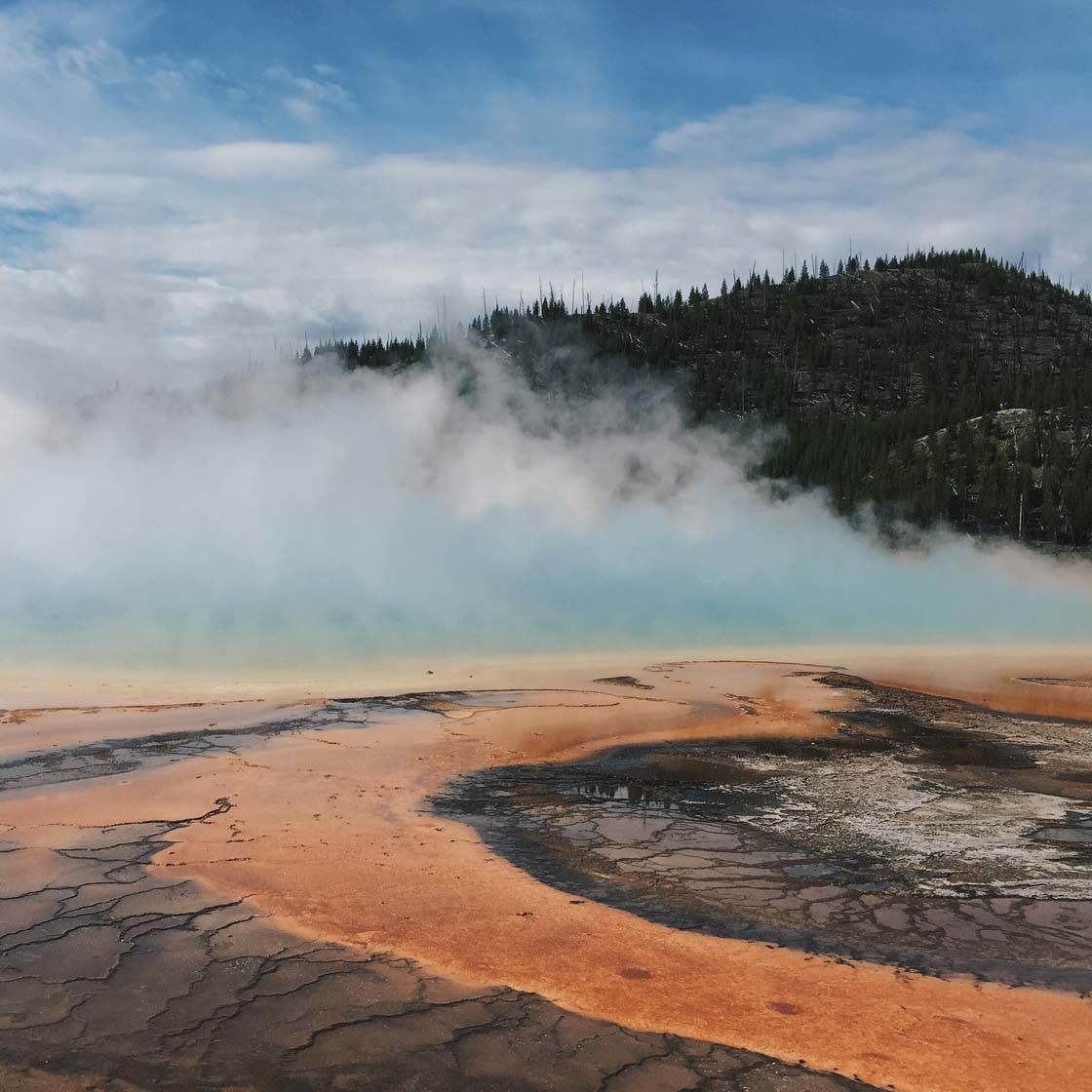 Whether you’re shooting a beautiful landscape, a portrait of a person, a building  or a flower, remember that you’re in control of how the photo turns out. 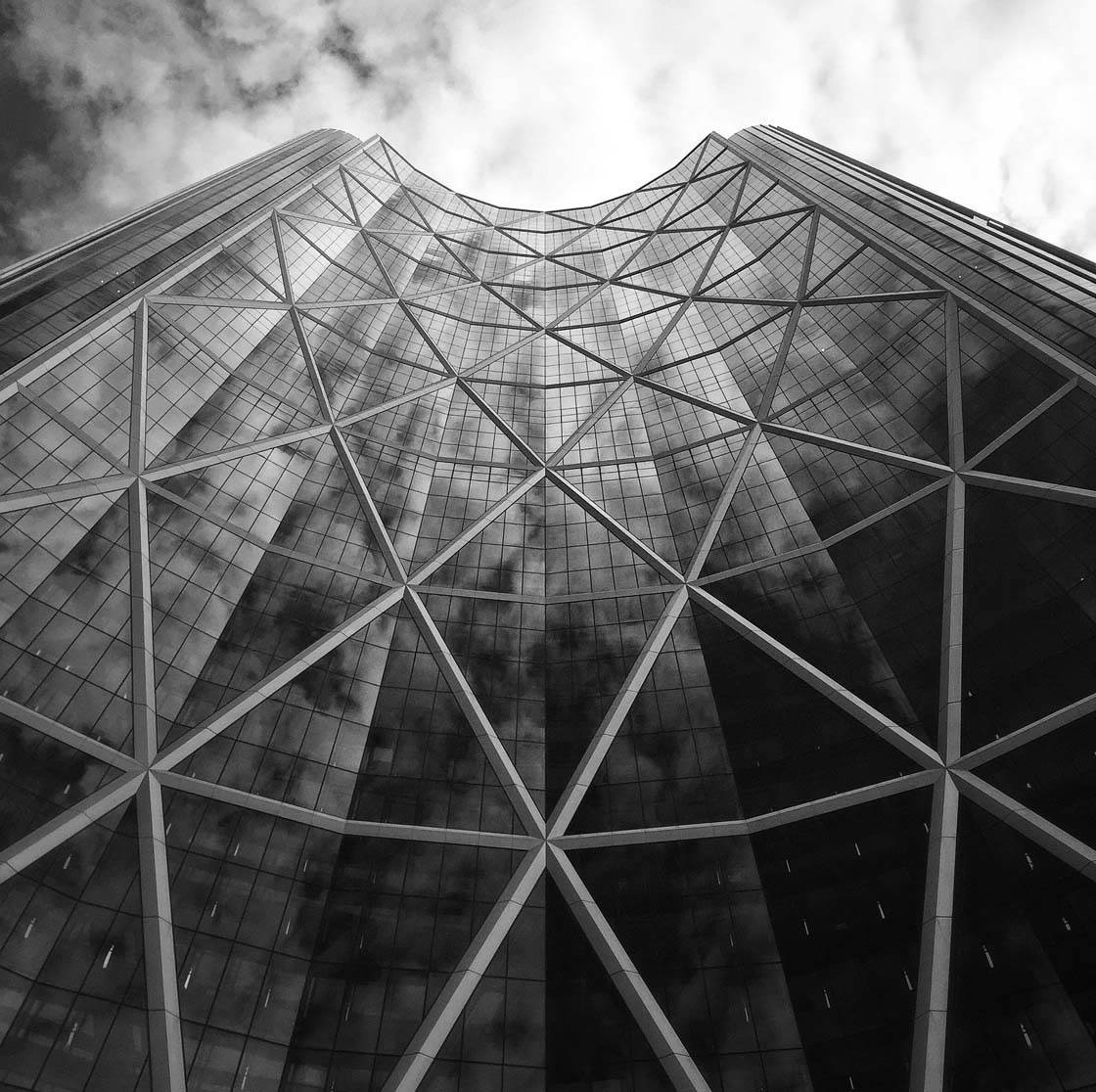 Adams is encouraging us to be creative and think about the process as if we’re building or making something. By doing so, we can connect with the viewer and leave an emotional impact.

So don’t just “point and shoot.” Envision how you’d like the image to turn out, then use your skills and creativity to make the best image possible.

2. “Twelve significant photographs in any one year is a good crop.”

At first this quote might seem a little discouraging, because if one of the greatest photographers that ever lived expected to make only twelve “significant” photos in a year, how could any of us possibly make any more than that? 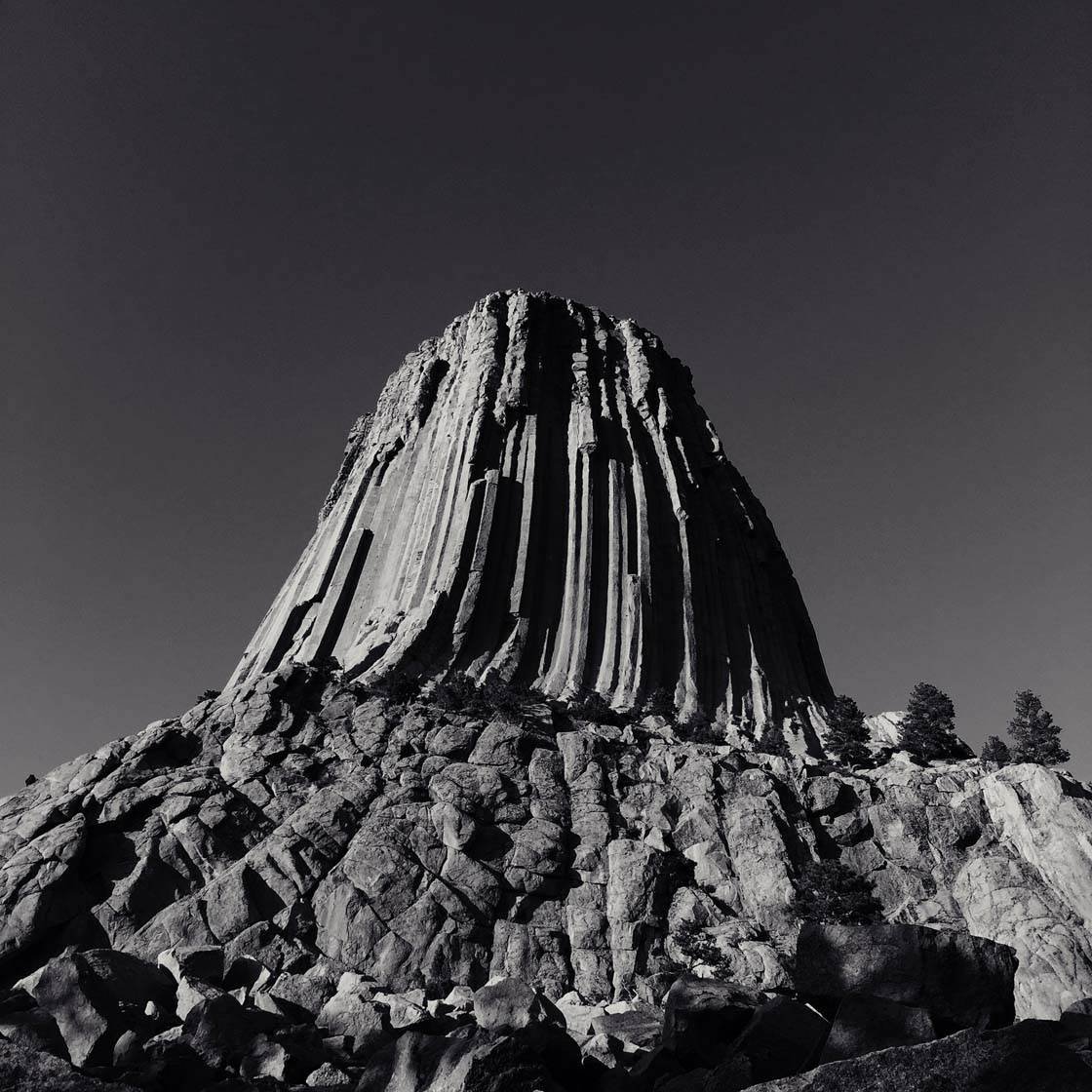 Well, for a start, we have the advantage of shooting digital so we can take a lot more photos to begin with. This gives us a better chance of ending up with more than twelve great photos in a year.

But what I think Adams is saying here is that we shouldn’t expect every photo we make to be great. In fact, many photos we make will not be that good. But that’s okay – it’s how we learn.

The trick is to not share every photo with the world, but rather to be selective about what we post so that we only show off our best photos. 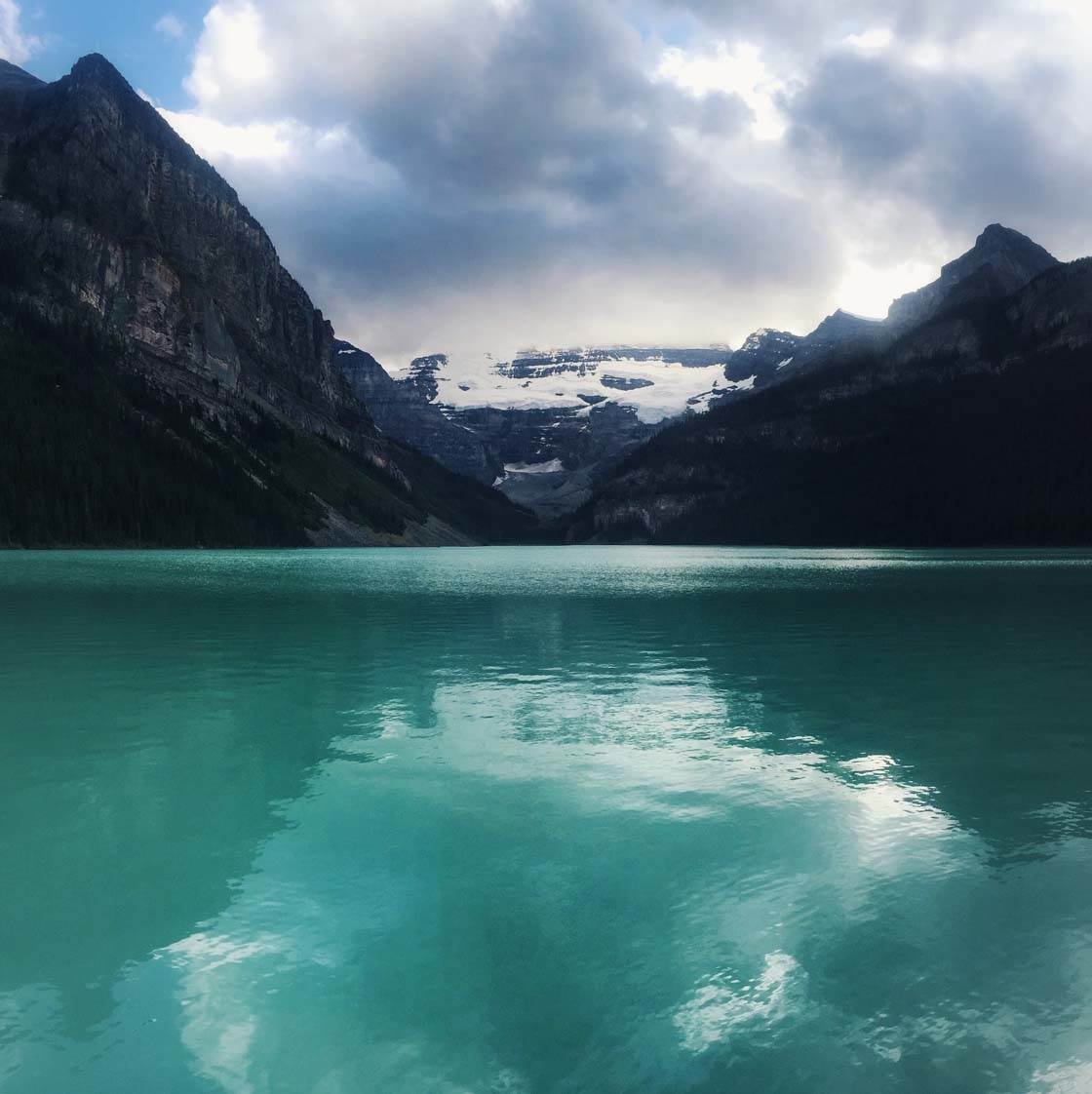 As soon as I finish editing a photo I always think it’s good, because I’m aware of how much work went into making that image, and I remember the good feeling I had when I shot it. 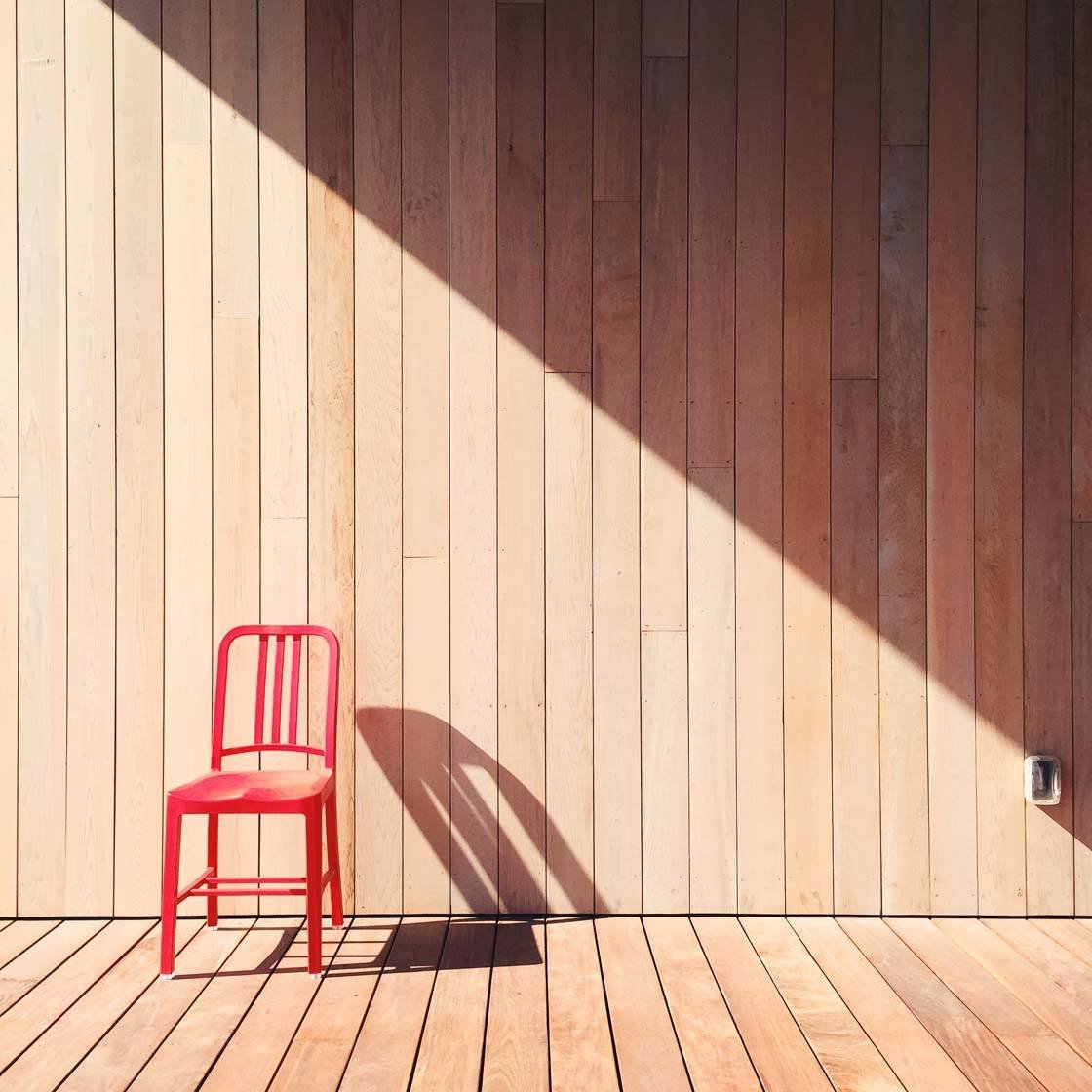 But I’ve learned that those feelings can cloud my judgment about the quality of a photo, so I’ll usually step away from it for a day (or more) so that I can look at it with fresh eyes.

When I do, I’ll often have an immediate negative reaction and wonder, “What was I thinking?!?” because I can see a way to improve the image now that I’ve taken a break from it. 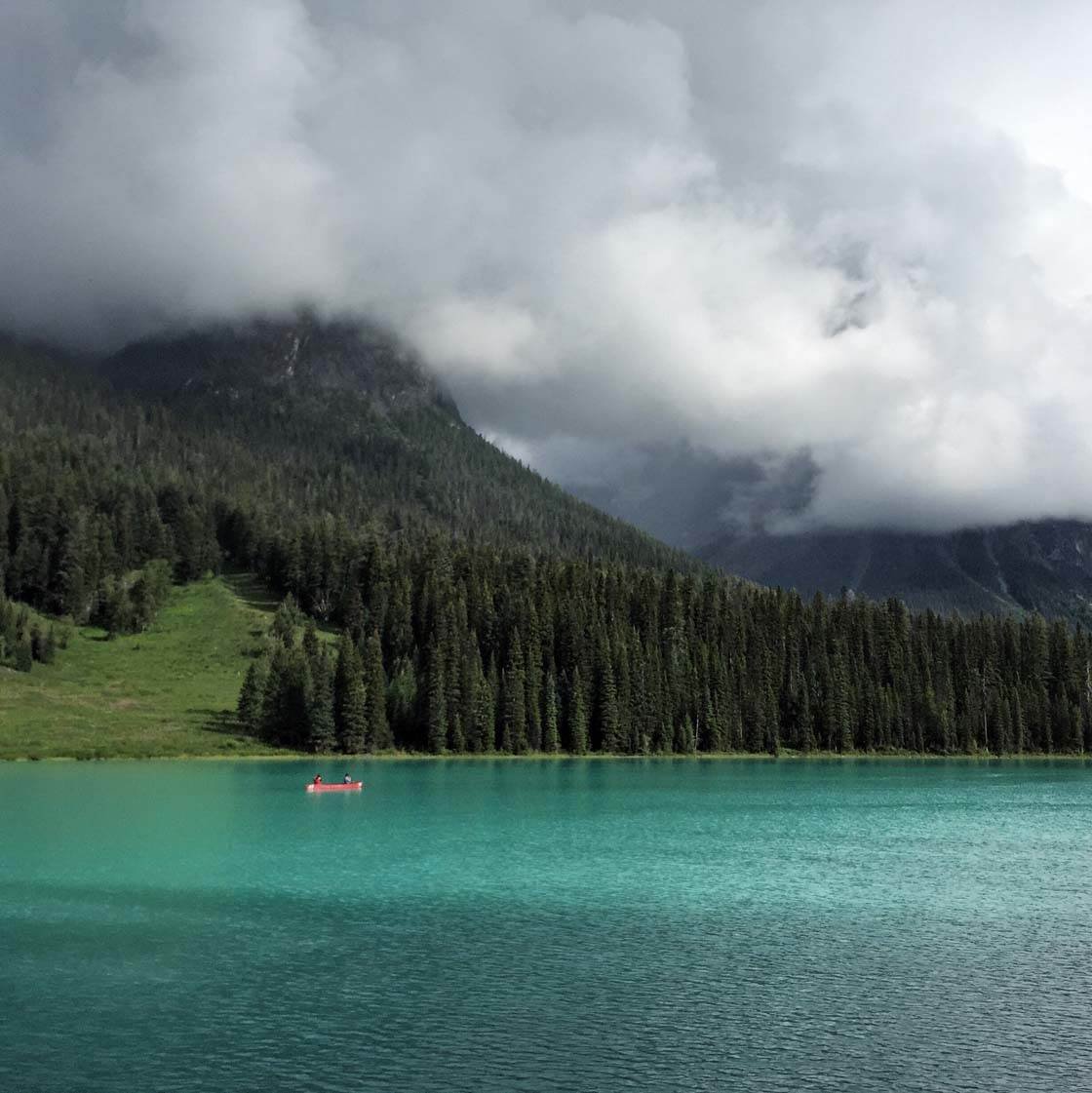 It’s hard to self-edit, but it’s important that we make sure we only send our best images out into the world. That means having patience and self-control when it’s time to publish or post our photos. The challenge is to not just be good, but to try to be great.

3. “The single most important component of a camera is the twelve inches behind it.”

This quote makes me smile, because I feel like Adams is poking gentle fun of those of us who are obsessed with photography gear.

Many times I’ve heard people ask a talented photographer, “What kind of camera do you shoot with?” as if the camera was the thing that made that person’s photos interesting. 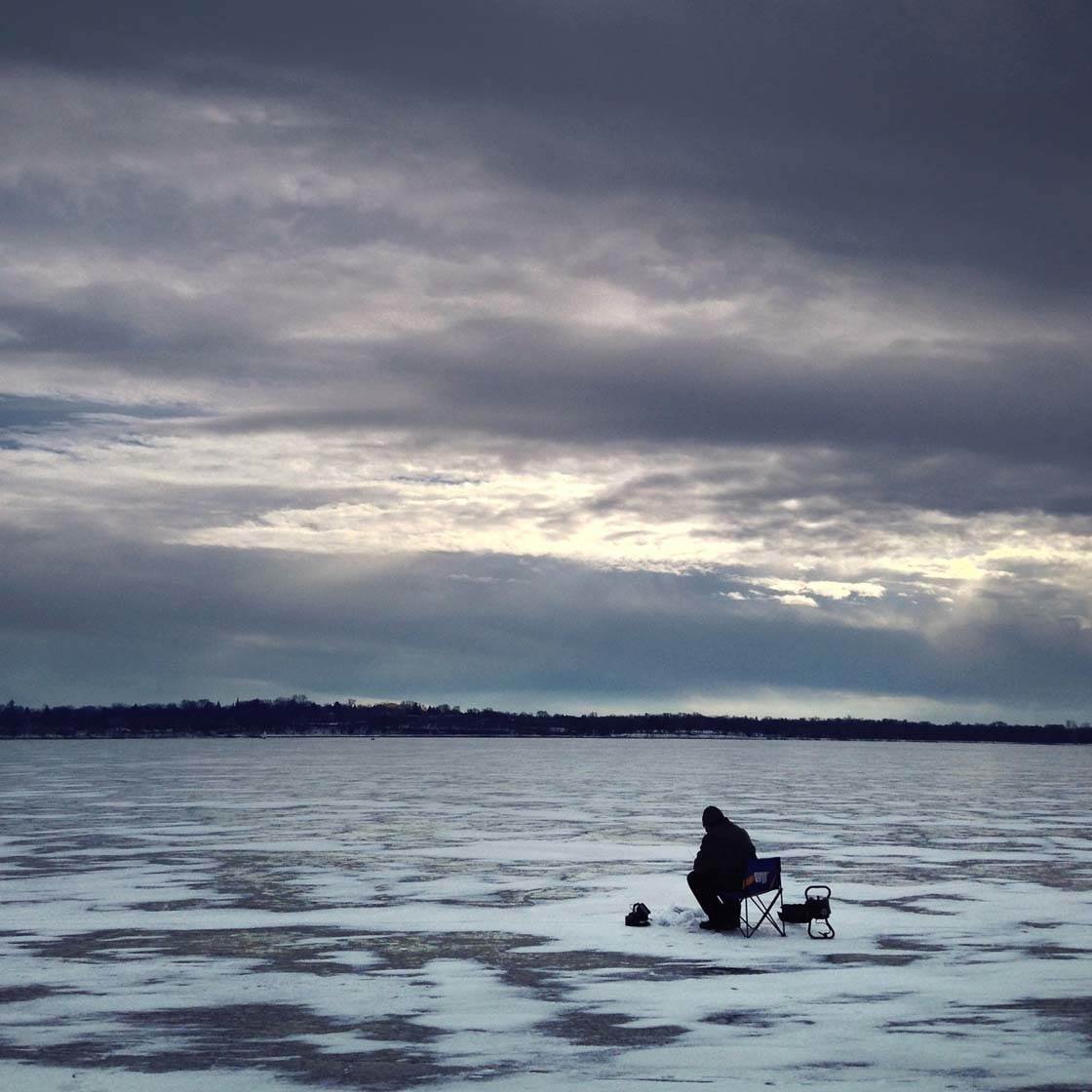 What Adams is referring to, of course, is our brains. Yes, the camera records the image, but as photographers, we’re the ones making the decisions about what’s going to be in the picture.

This quote is particularly apt for us iPhone photographers because there certainly are cameras out there that are technically better. But in Adams’ mind, gear was secondary and the artist’s vision was primary. 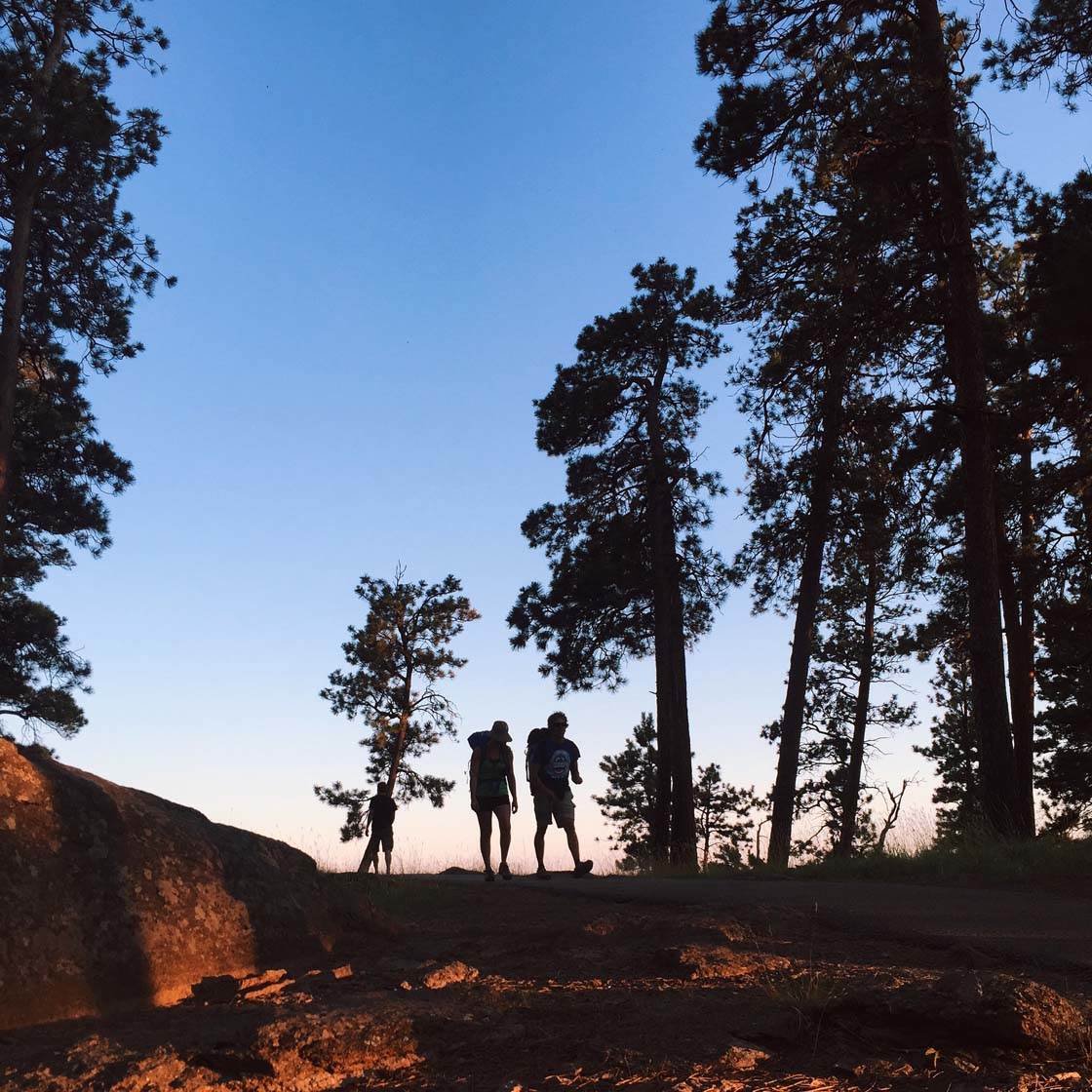 So the next time you’re taking photos with your iPhone and someone is next to you with an expensive DSLR, stop worrying about their camera and instead focus on making your own great images.

4. “There’s nothing worse than a sharp image of a fuzzy concept.”

You can create a photo that’s technically perfect, but still won’t have an impact if there’s no concept behind it. The best photos tell us stories about what we’re seeing and they affect us emotionally. 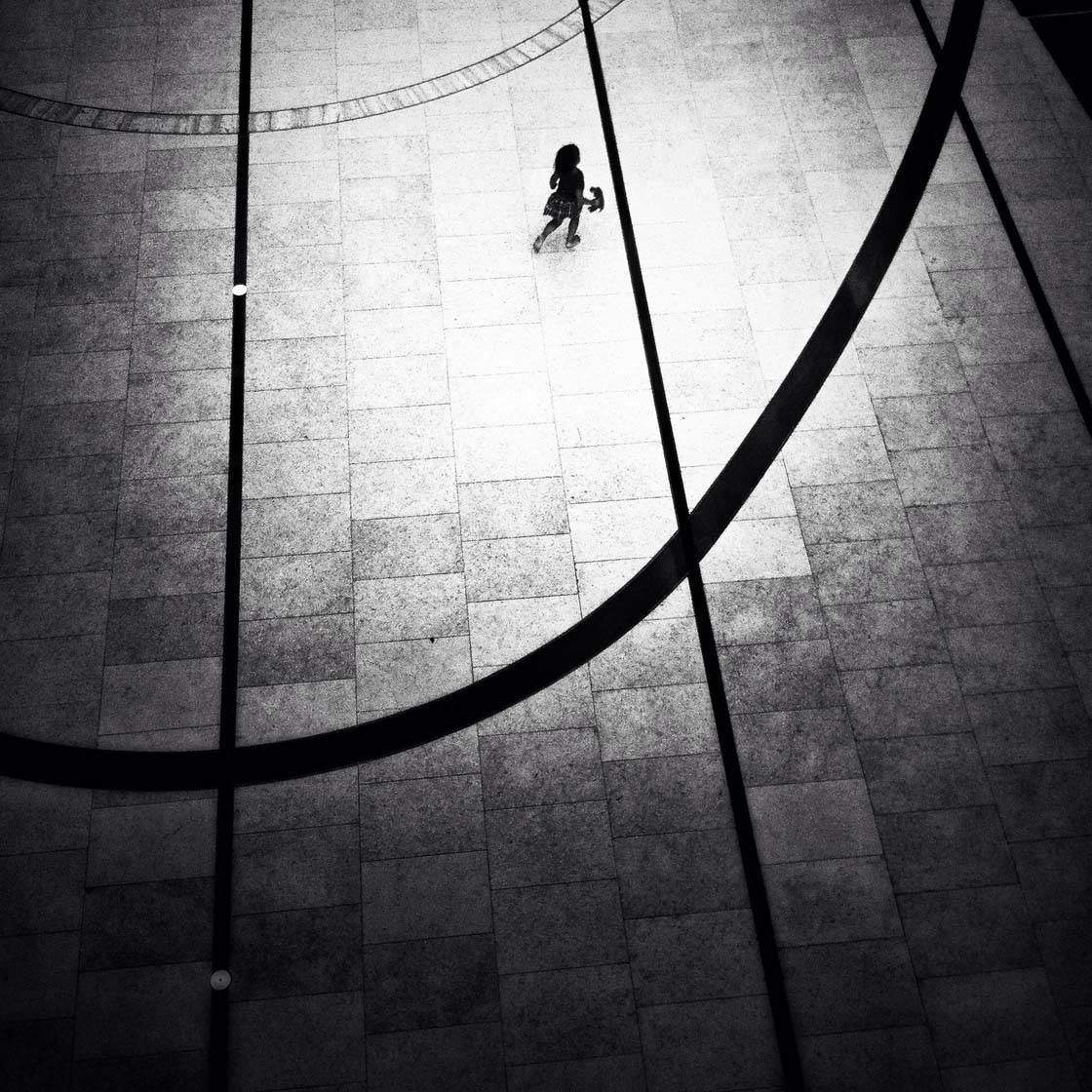 Make sure that every photo you take has a strong focal point, and draw attention to your main subject with good composition and lighting. 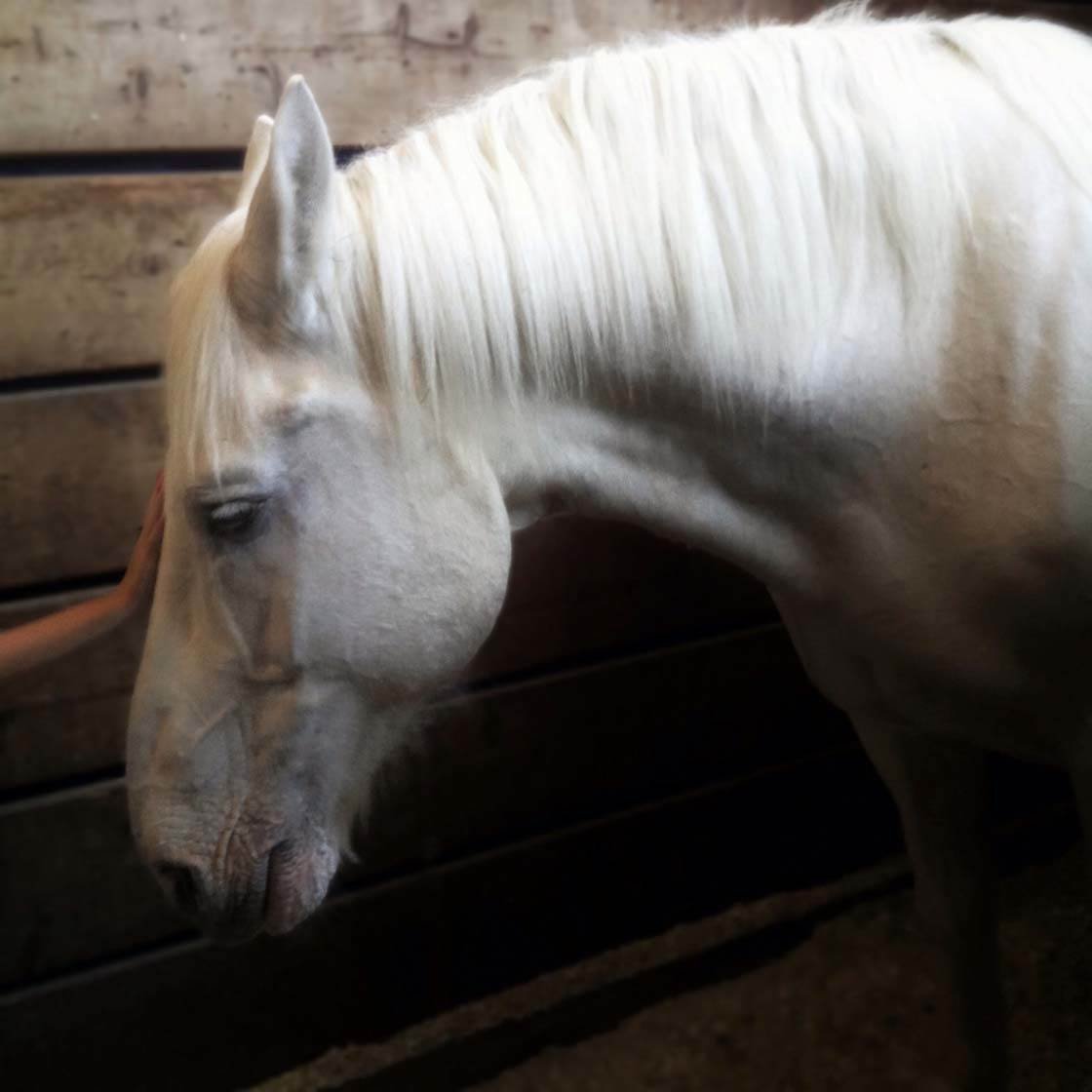 Sometimes you have to shoot very fast in order to catch a moment that’s happening in front of you, and Adams’ quote encourages us to focus more on the emotion in our subjects than worrying too much about whether everything is technically perfect. 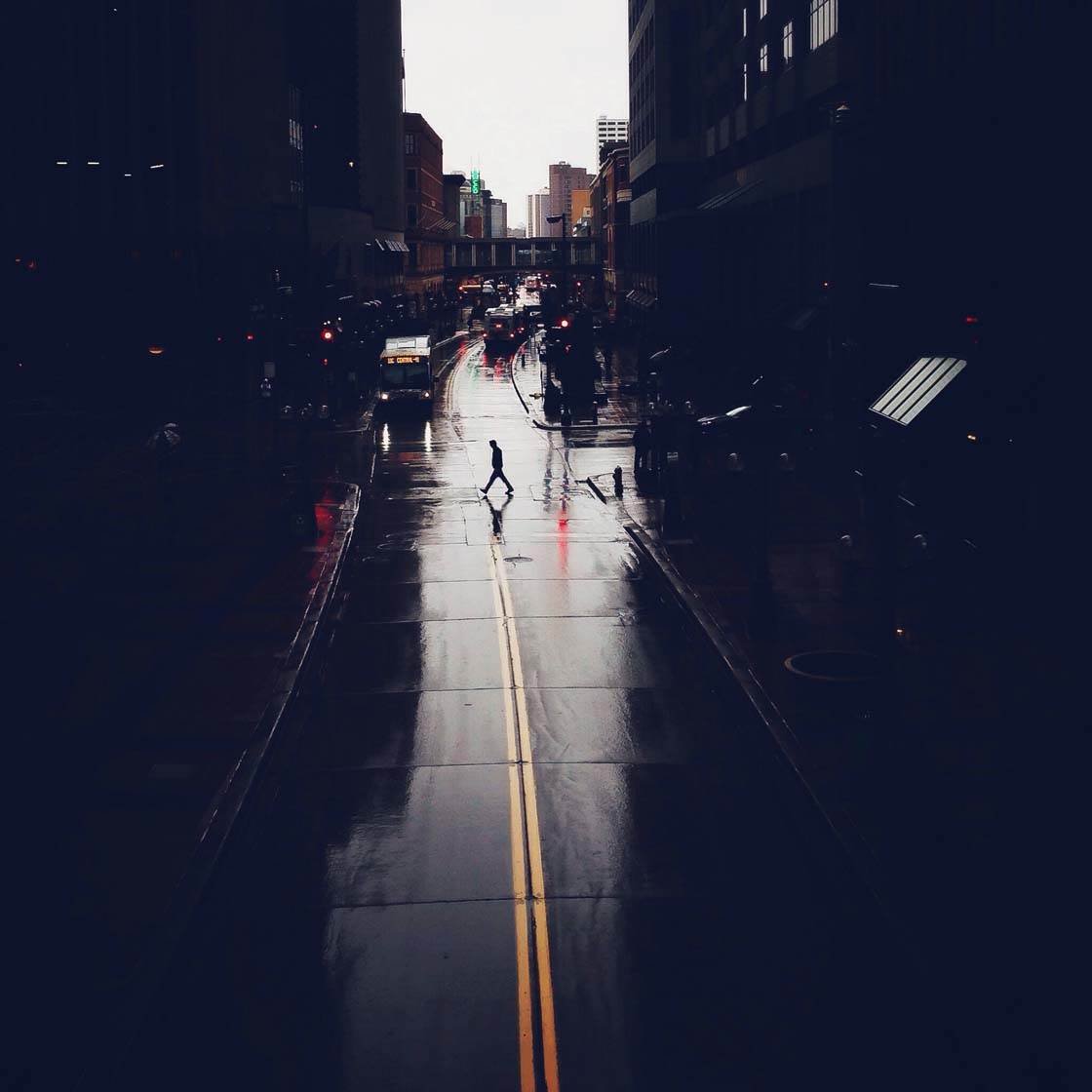 Someone with a great eye for photography who has a terrible camera is going to make much better photos than someone with no talent and the best gear in the world.

5. “I am sure the next step will be the electronic image, and I hope I shall live to see it. I trust that the creative eye will continue to function, whatever technological innovations may develop.”

Adams was pretty forward-thinking to recognize that digital photography would eventually become the predominant way that most of us create and experience photos. 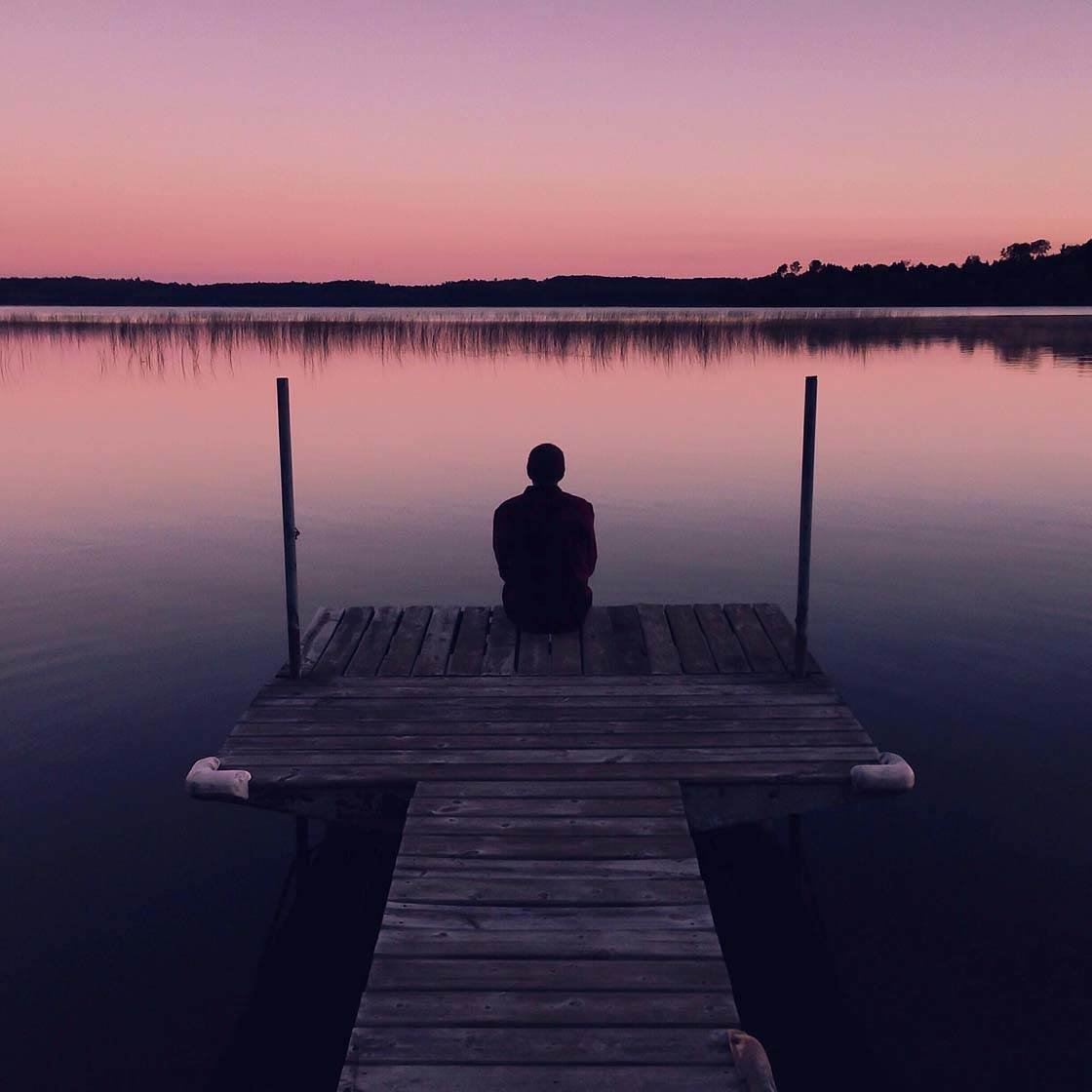 Since he was a true artist, he worried less about the tools that he used to make his images, and more about how those images would affect people. 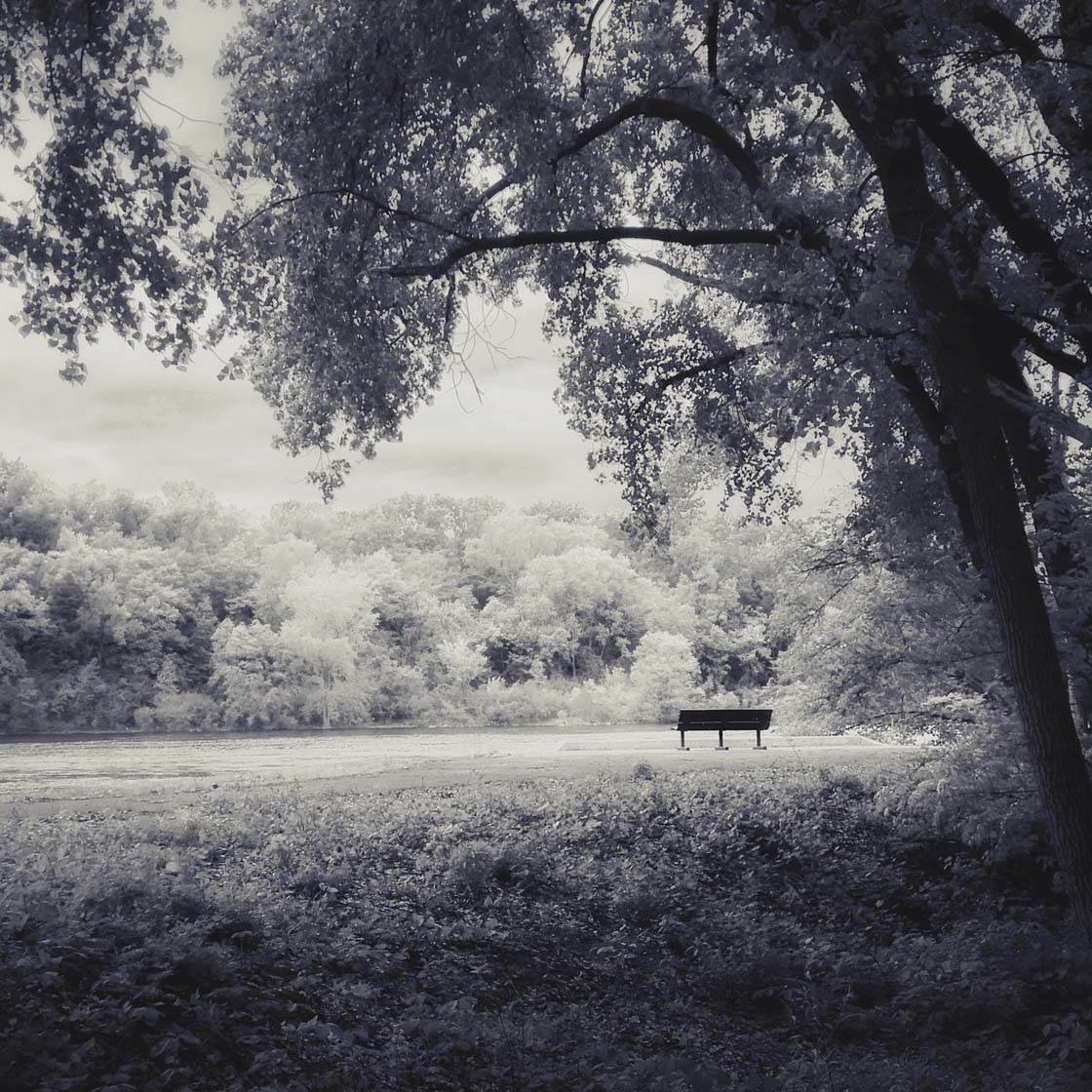 I’m sure if Adams was still alive today, he’d be a rock star on Instagram, with over a million followers! Developing the “creative eye” was what interested him… not the device he used to create his images. 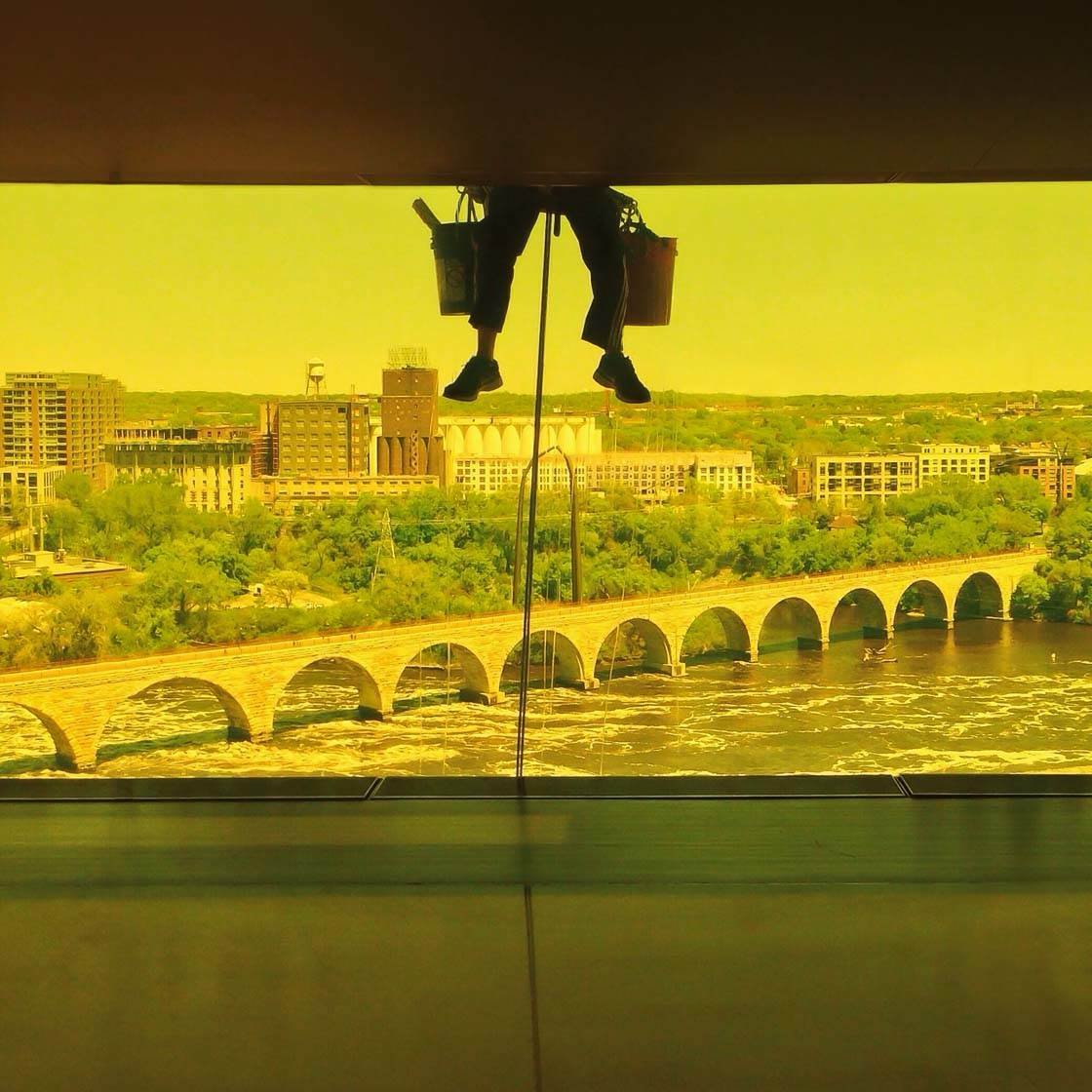 Sometimes we can focus too much on the technicalities of the iPhone, especially with so many photography apps available. But the most important thing in photography is to develop your creativity and vision.

6. “Dodging and burning are steps to take care of mistakes God made in establishing tonal relationships.”

Ansel is somewhere between the two. Yes, he documented some of the most beautiful parts of the American West, but he was also known to spend a lot of time in the darkroom, editing his photos. 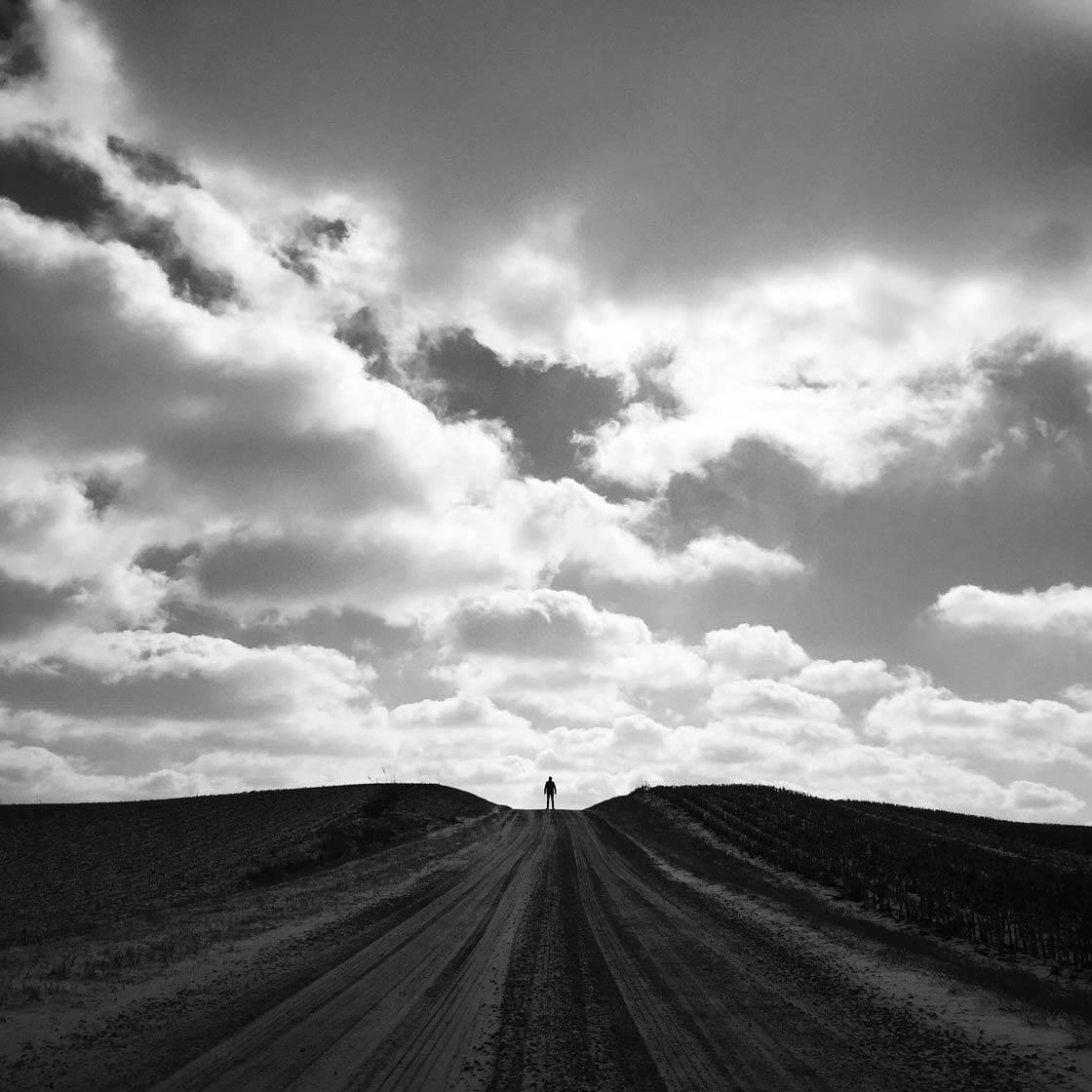 He believed that our duty as photographers is to capture the spirit of the place that we saw with our naked eye, even if that means changing the brightness and contrast of various parts of a photo. (“Dodging” means to brighten an area of a photo, and “Burning” means to darken it.) 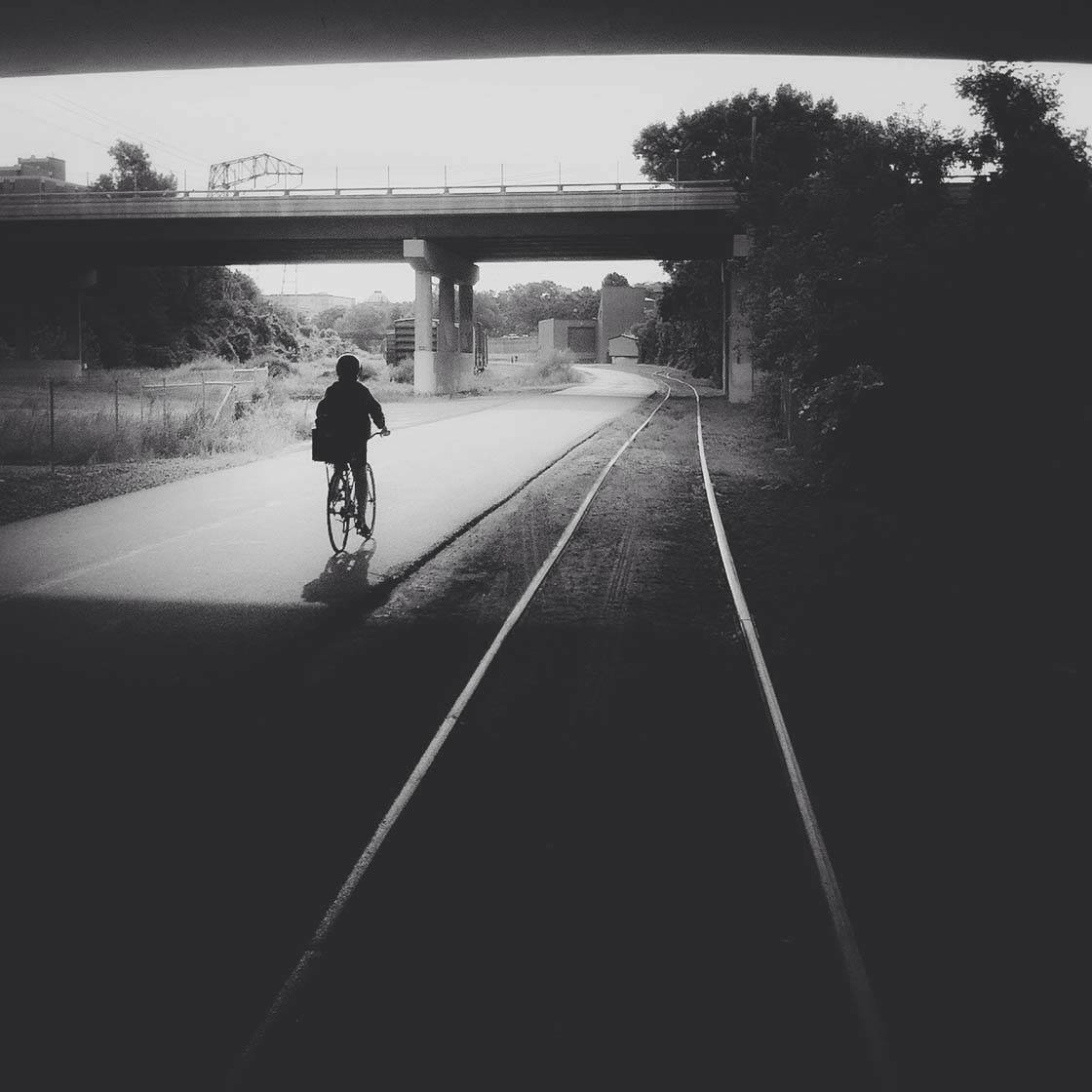 Our eyes work very differently than our iPhones, and often what we capture with our cameras doesn’t match how we saw the scene.

Adams is saying that it’s okay to go ahead and edit our photos in order to make them have more impact. The color might need to be tweaked or one part of the photo might need to be brightened or darkened. 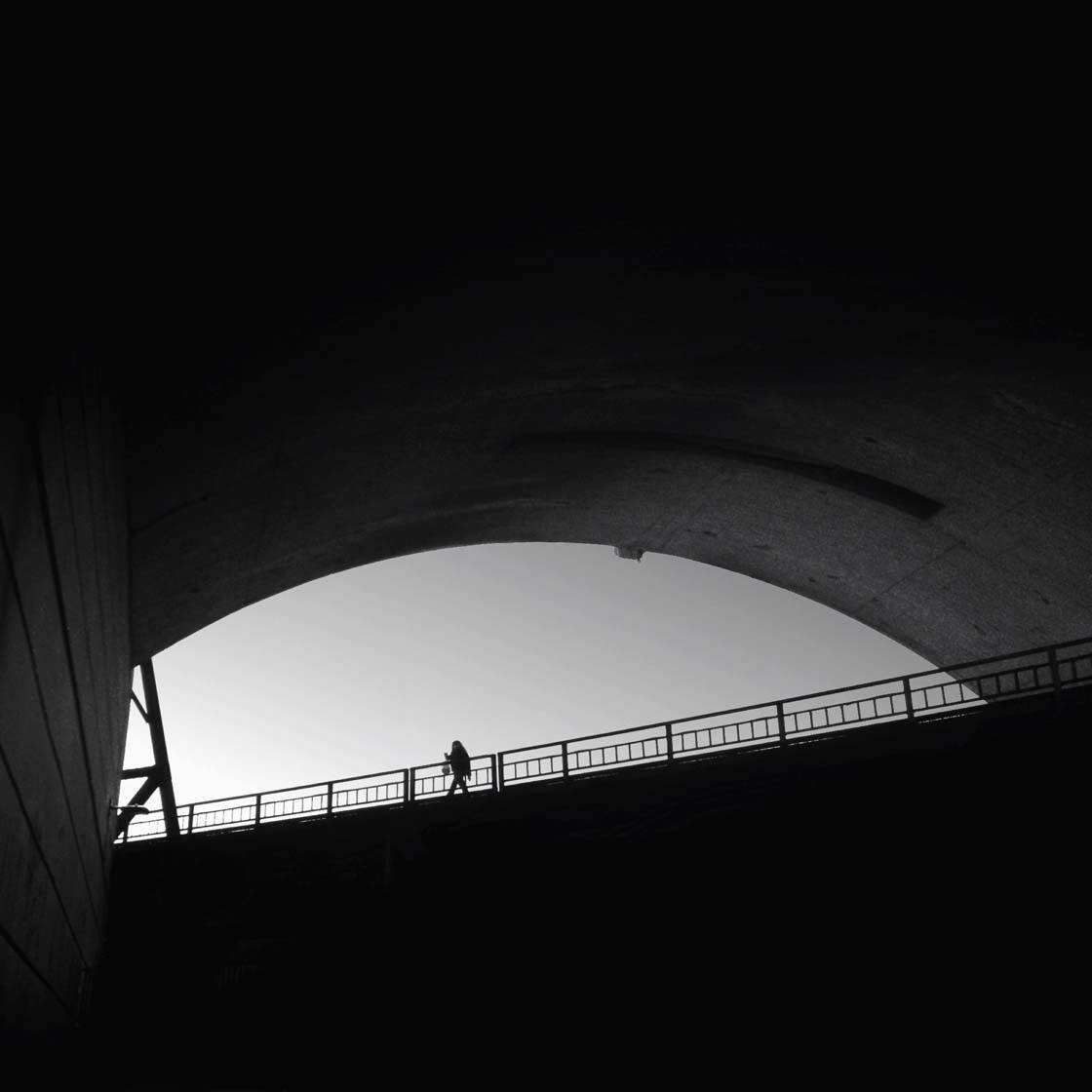 For example, he would usually darken the edges of his photos to help draw the viewer’s eye toward the center, whether or not it actually looked like that in real life. This dovetails perfectly into another of my favorite quotes from Adams…

7. “Photography is more than a medium for factual communication of ideas. It is a creative art.”

Some of the photos I like to make have a fantasy theme to them, and I believe that Adams would have thought that was a great use of photography. 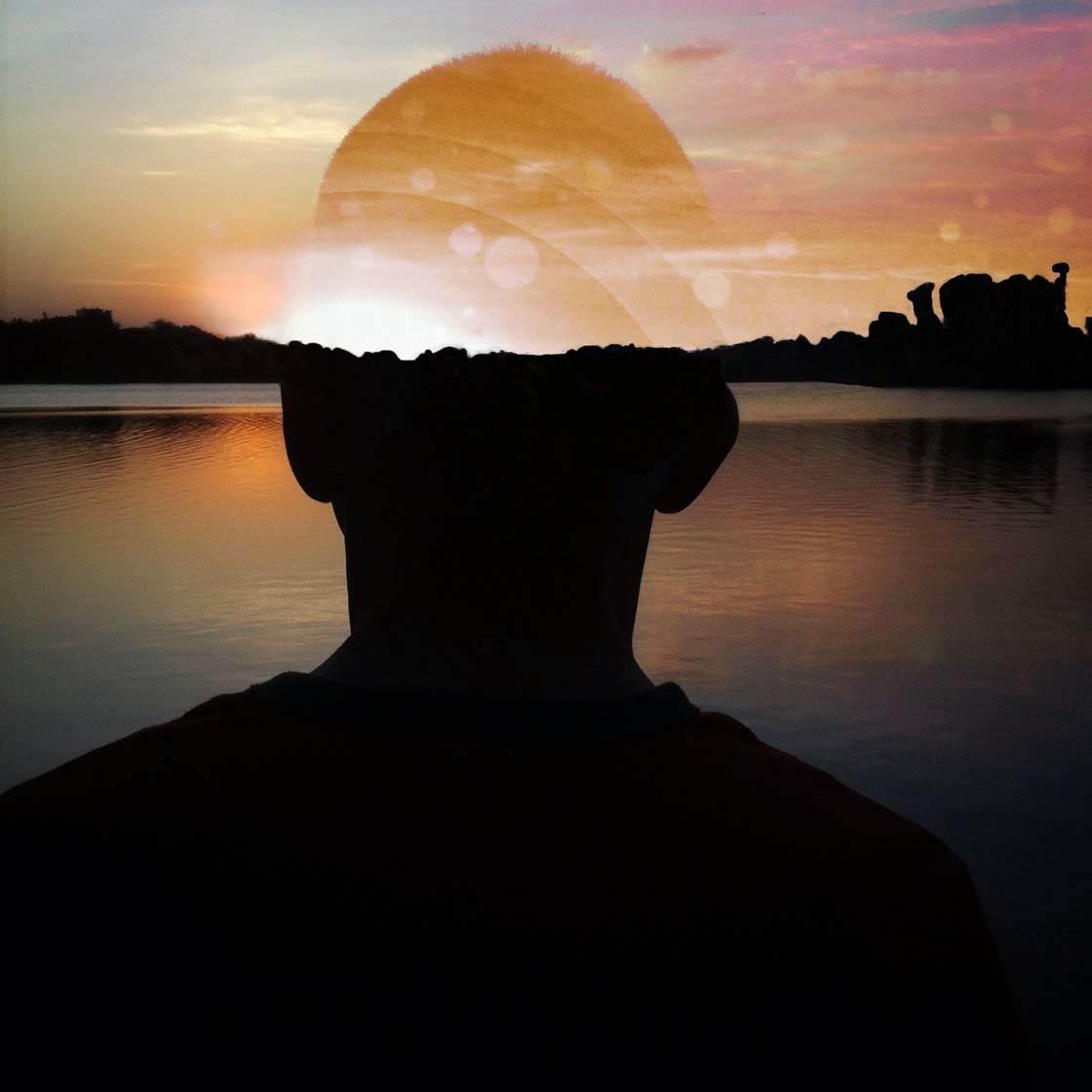 Whether we’re creating a fantastic world based largely on our own imagination, or shooting a real-life event like a birthday party, Adams would have wanted us to focus on the emotion of the scene and the story behind it. 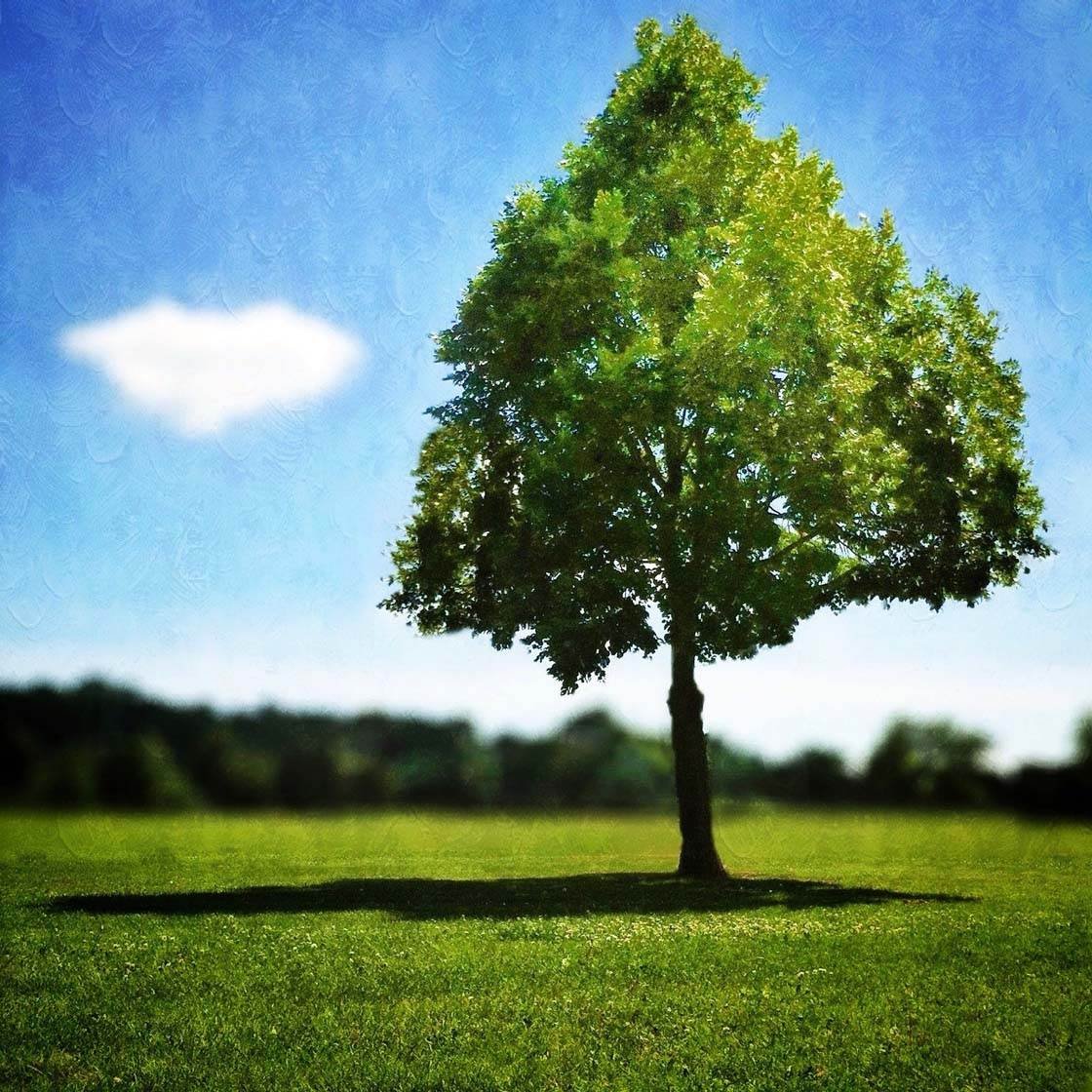 Unless you’re a photojournalist, you shouldn’t get too bogged down with what’s “real” in any given image, but instead communicate the feeling that you’re trying to express. 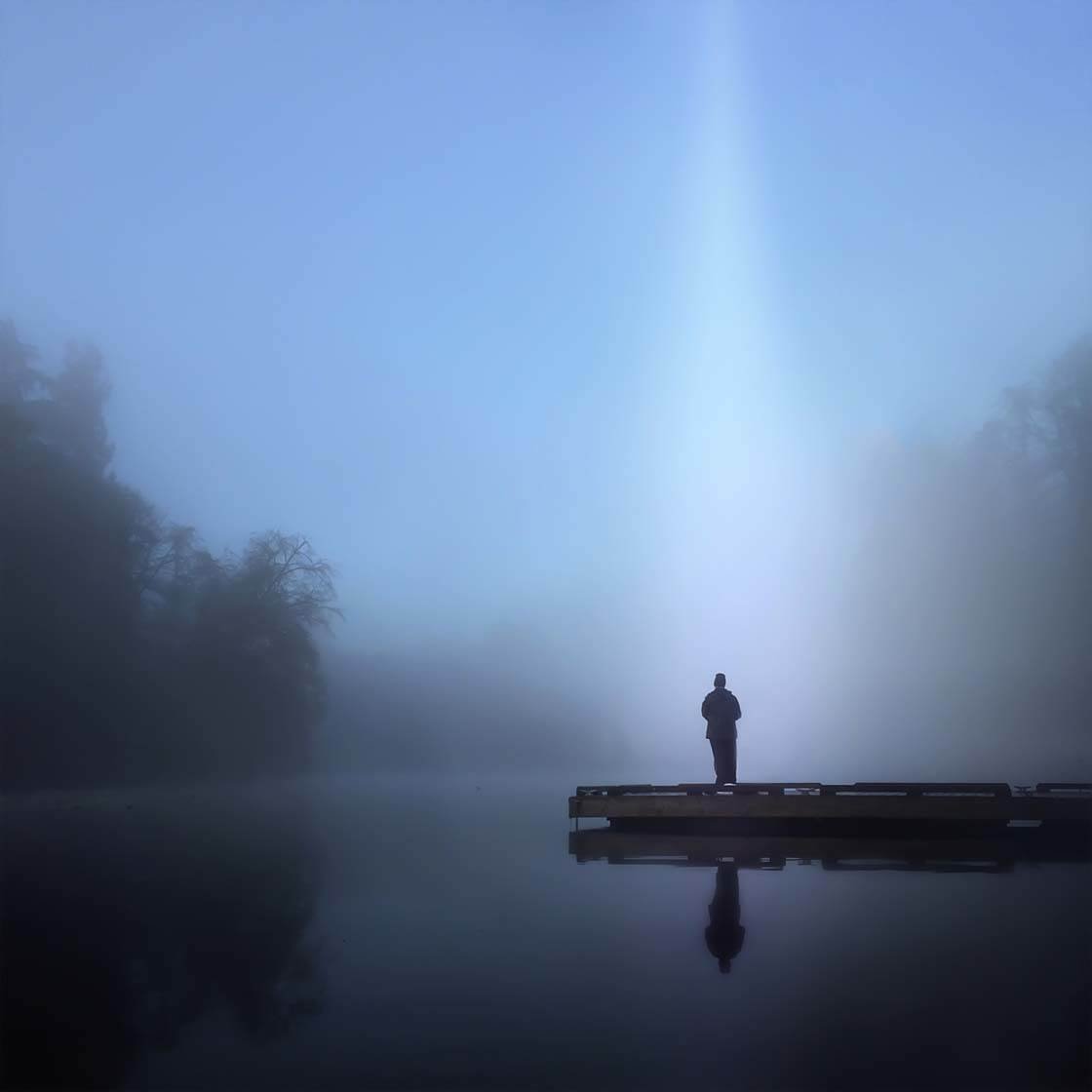 This last quote by Adams is the most liberating because he’s saying that we can break all the rules if we think a photograph calls for it. 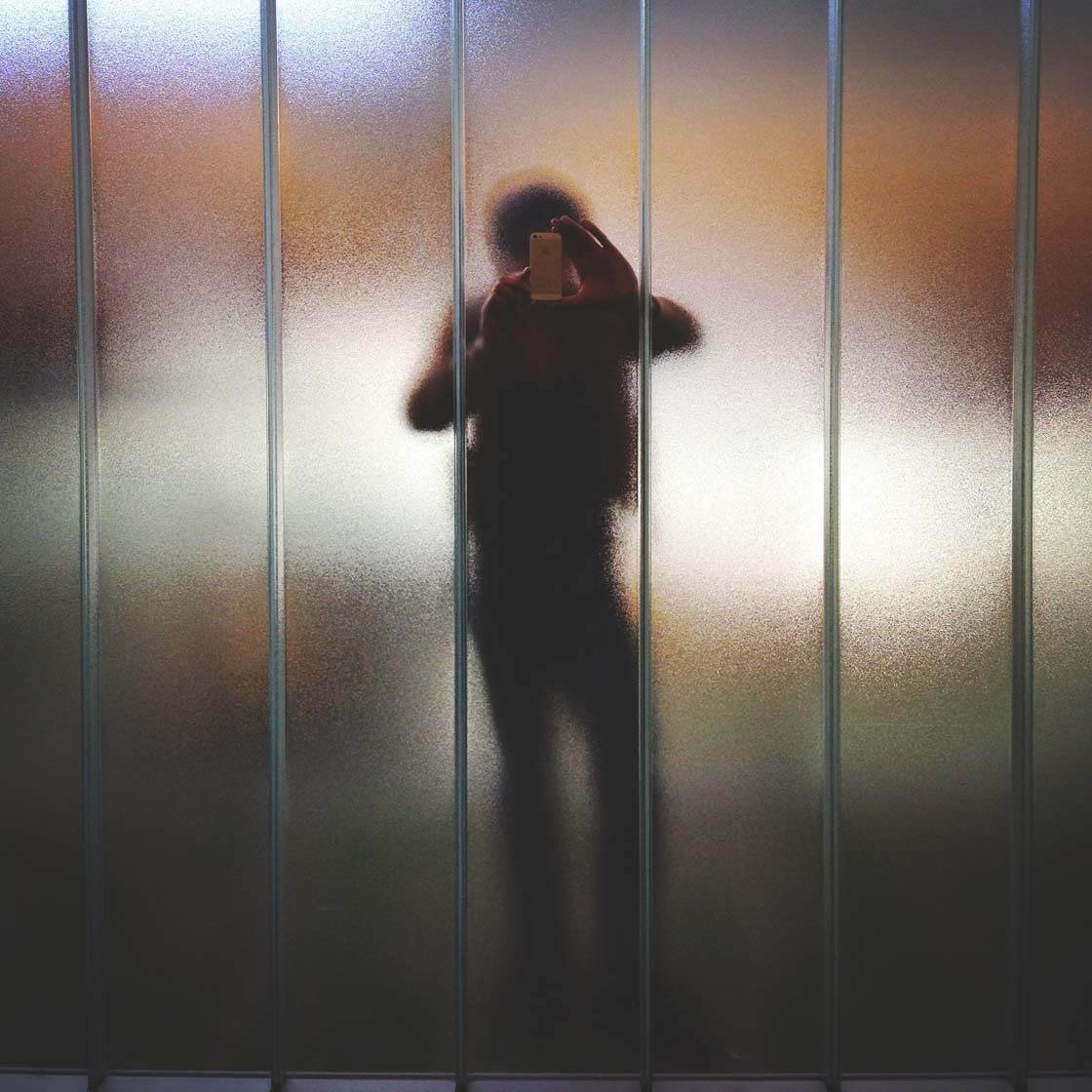 It’s usually a good idea to follow the basic rules of photography, like the rule of thirds, isolating our main subject, and having a clear central focus. But if you have a vision for something and it breaks those rules, go for it! 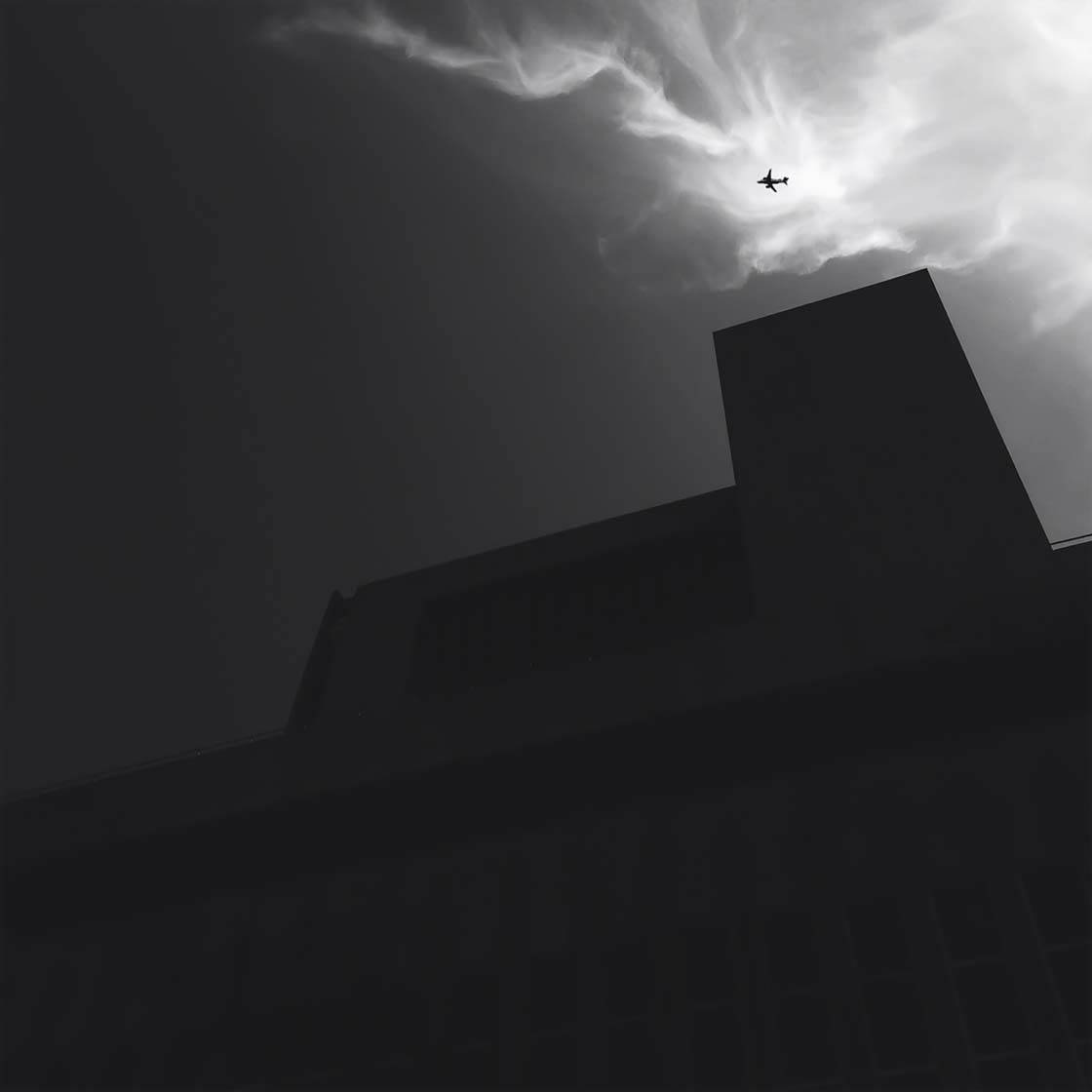 You can create whatever you want with a photograph. Nobody can tell you that you can’t do something the way you want to do it.

It’s important as an artist to stay true to your own aesthetic, even if it means you have to break a few rules to do so. 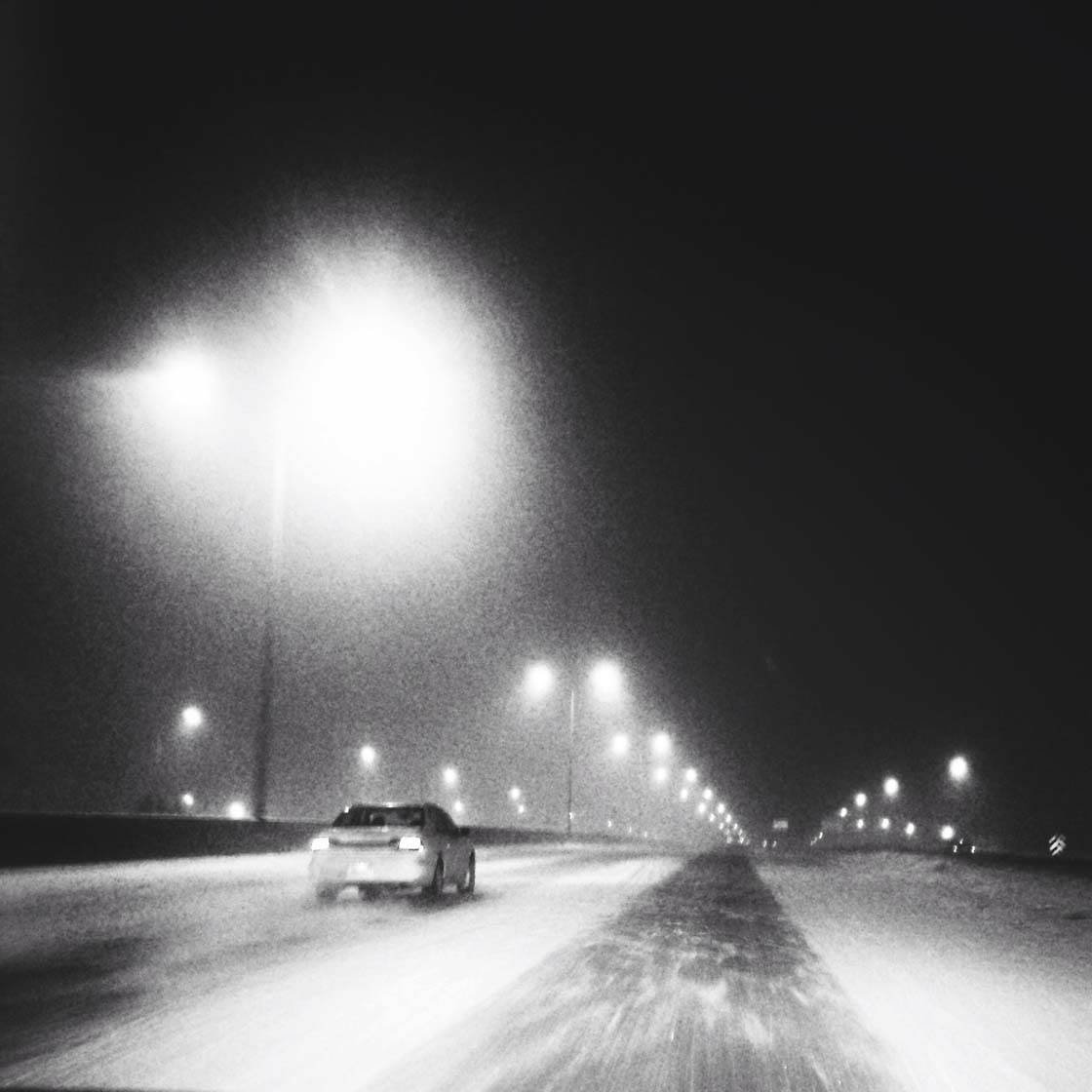 I hope you’ve enjoyed learning about Ansel Adams’ approach to photography. His vision and dedication to this wonderful art form are an inspiration to us all, and his ideas are timeless.

It doesn’t matter whether you’re shooting with a traditional film camera, a digital SLR, an iPhone or any other mobile camera, because it’s you as the photographer who creates incredible photos – not the camera!