Priime is a new iPhone photo editing app that gives you the tools to easily apply professional-grade filters as well as a range of fine tune adjustments. The user interface is very similar to the popular VSCO app, but Priime offers a number of unique features and advantages that make it a worthy app for consideration. In this article you’ll discover just what the new Priime app has to offer to improve your iPhone photo editing experience. 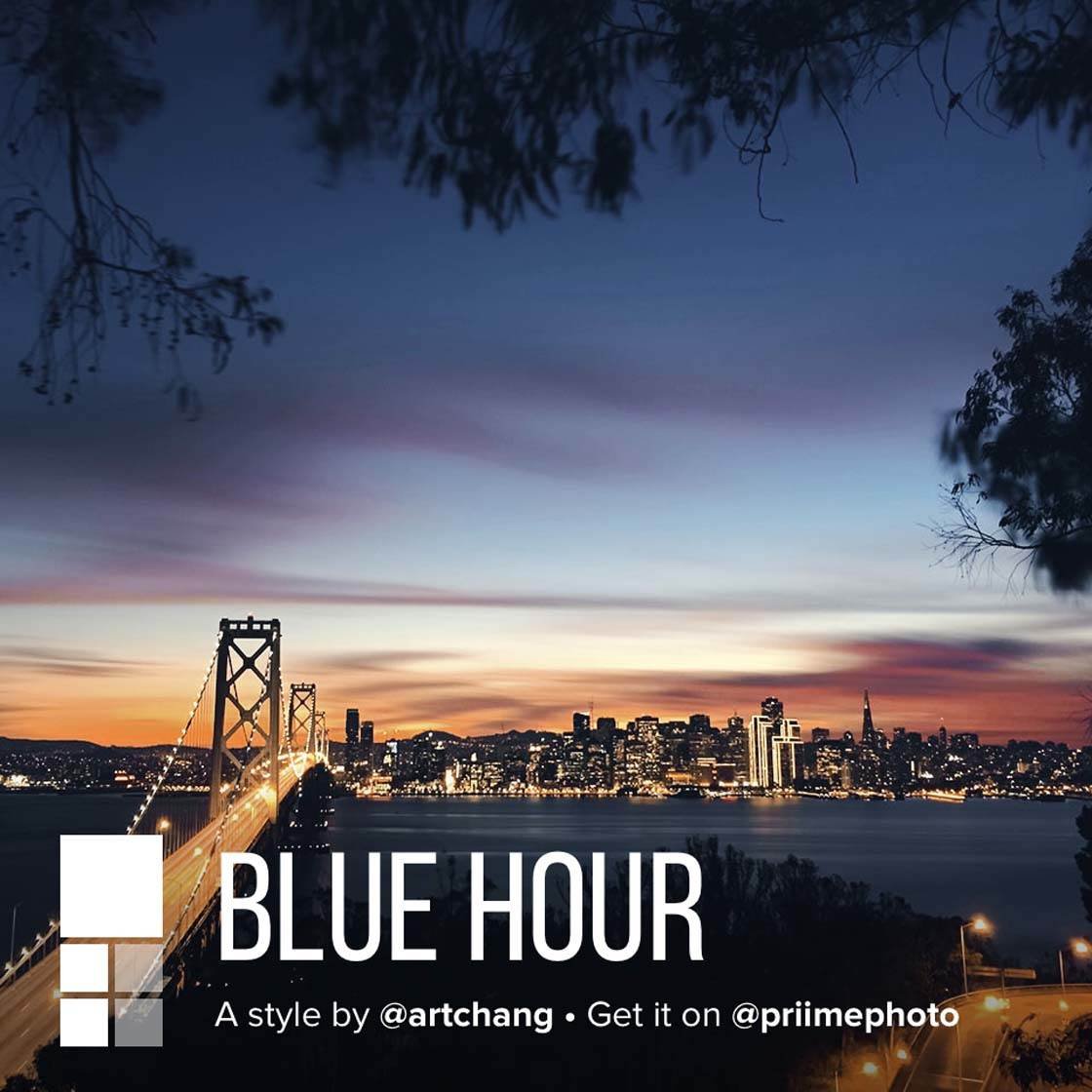 A Unique Take On A Familiar Editing Experience

Priime was released on March 19, 2015 and is currently trending in the list of Best New Apps on the App Store. The app is free to download, with additional optional in-app purchases.

After spending only a few minutes with the new Priime app, it’s next to impossible to avoid drawing comparisons with the ever popular VSCO app. On the surface, the similarities are uncanny.

However, once you get past the superficial similarities, you’ll discover that Priime has several unique features and advantages over VSCO. It should be noted that while VSCO offers a camera app and editing app in one, Priime is purely for editing photos.

Since many iPhone photographers are already familiar with VSCO, it makes sense to start with a quick comparison of common features between the two apps.

Priime’s basic similarities with VSCO are quite obvious if you’ve used the latter app before, but let’s run through them for the sake of comparison. If you’re not familiar with VSCO, you can learn how to use it in our VSCO video tutorials.

Priime, just like VSCO Cam filter app, features a clean and very simple user interface that is easy to navigate. 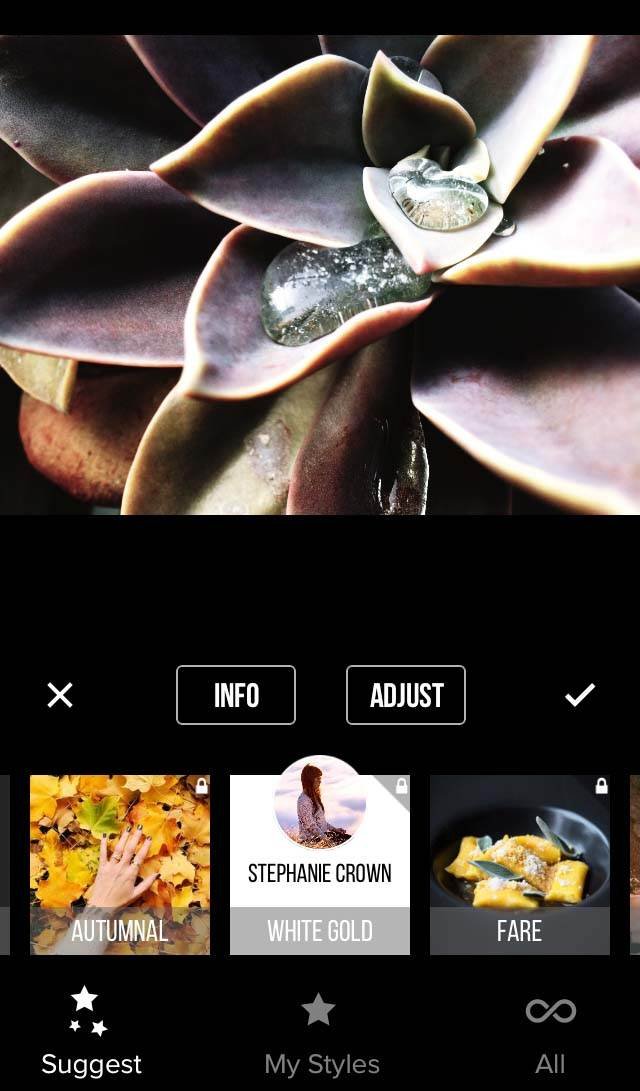 After selecting the image that you want to work with from your camera roll, Priime allows you to select a “Style” as a starting point (in VSCO they’re referred to as “Filters” or “Presets”). 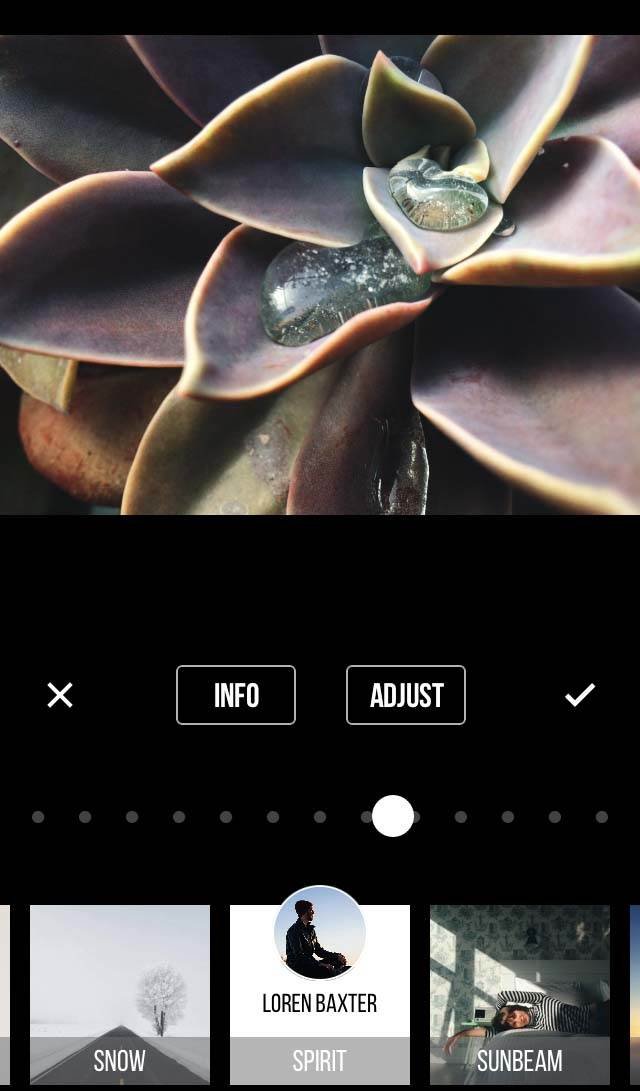 Both apps allow you to adjust the intensity of your chosen style/filter using a slider, before moving on to other adjustments. 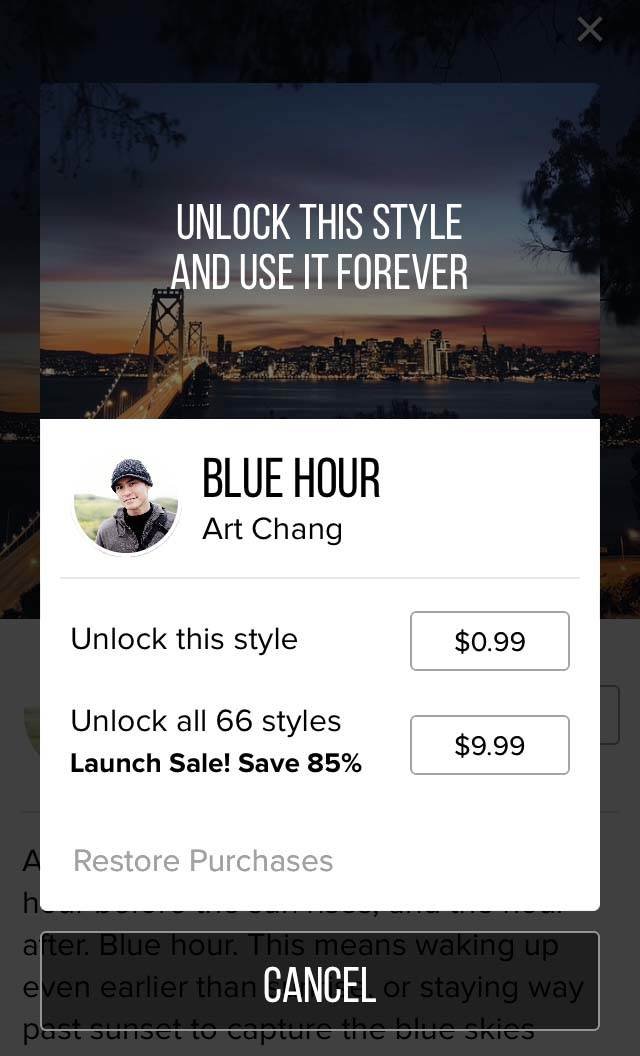 VSCO and Priime are both free to download and come with a standard set of basic filters/styles. You can then purchase additional filters/styles individually or in packages/collections.

Next, you can further adjust your image in Priime through the basic settings such as Brightness, Contrast, Shadows, Highlights, Sharpening, Vignette, etc. 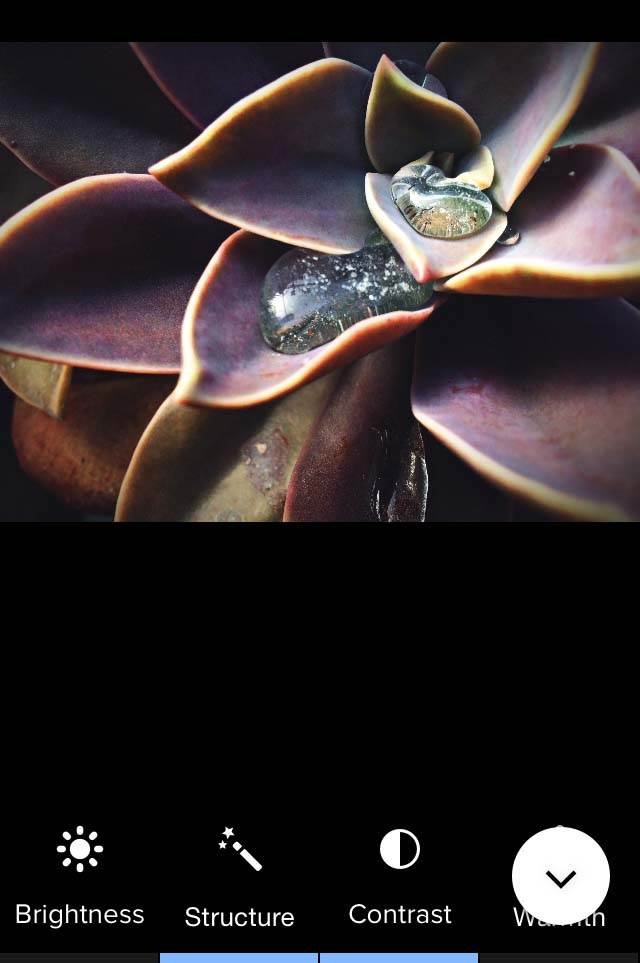 The icons used to represent each of these settings are nearly identical in both apps. There are a few small differences between each app in the adjustment settings that they offer, but all of the basics are covered by each. So if you’re familiar with VSCO you should feel right at home with Priime. 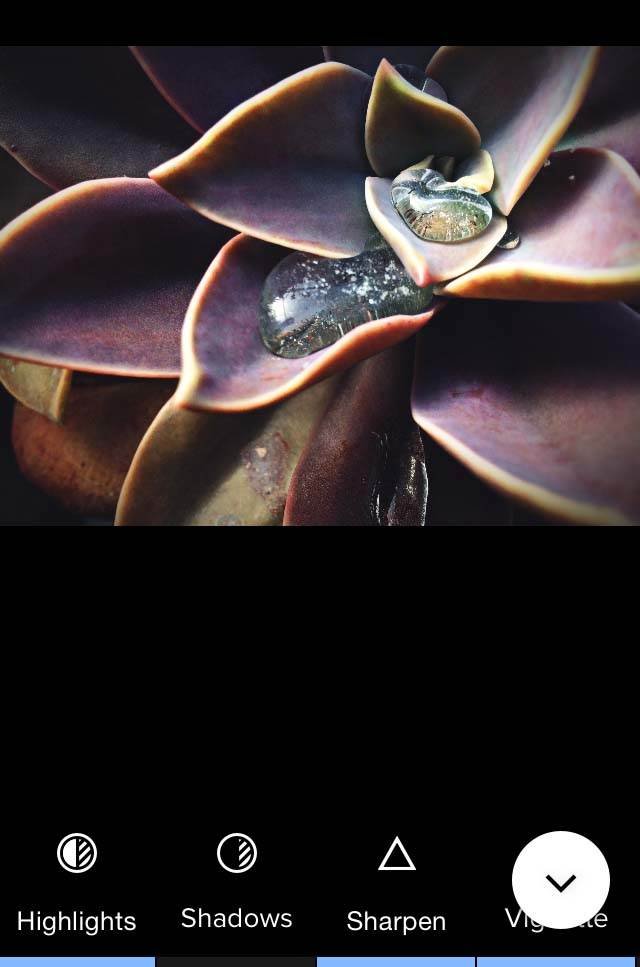 One nice touch that Priime offers is the ability to pinch zoom in on your photo while making adjustments. This is especially helpful with certain adjustments like Sharpening as in the example below. 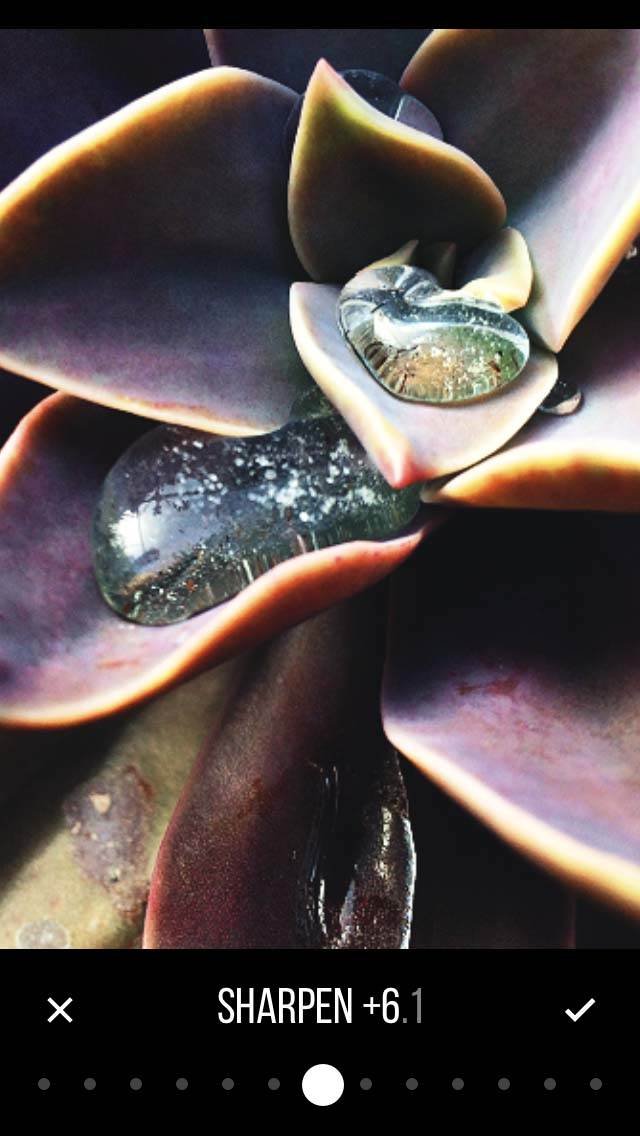 The only major difference in basic editing tools is the curious lack of a crop feature in Priime. While this may simply be an oversight on the part of the developers, it’s not a reason to avoid this app.

Since many photographers will likely use Priime in conjunction with other editing apps that do offer a crop tool, this limitation quickly becomes a moot point.

Like VSCO, Priime offers a detailed history of your edits so that you can move backward through them to an earlier stage if you want to take your edits in a different direction. 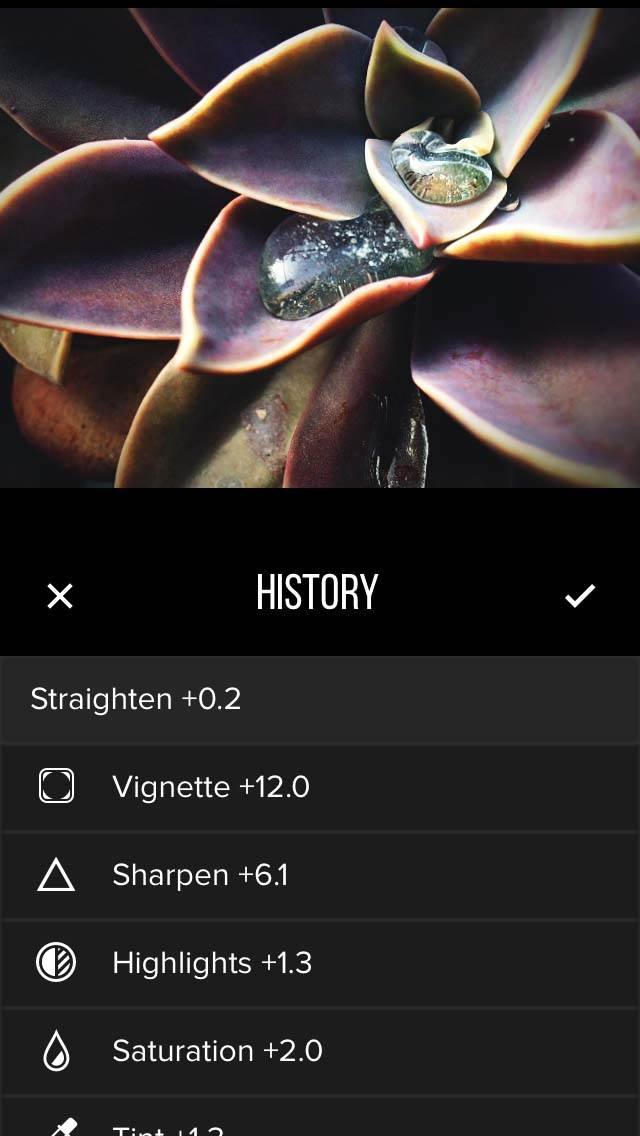 One thing that I noticed about Priime is that if you re-open an older photo that you previously edited in the app, it remembers the edit history for that photo. This can be quite handy if you decide to re-work a photo at a later time.

Going Beyond The Familiar

So is Priime just a rip-off of VSCO? Hardly. While it utilizes a very similar interface, there are a number of distinct differences that sets Priime apart from VSCO and let it shine on its own. Let’s take a look at some of these features now.

A key difference is in the styles offered by Priime. While many of VSCO’s filters are based on vintage and contemporary analog films, Priime’s styles are all derived from the photographic editing processes of professional photographers. 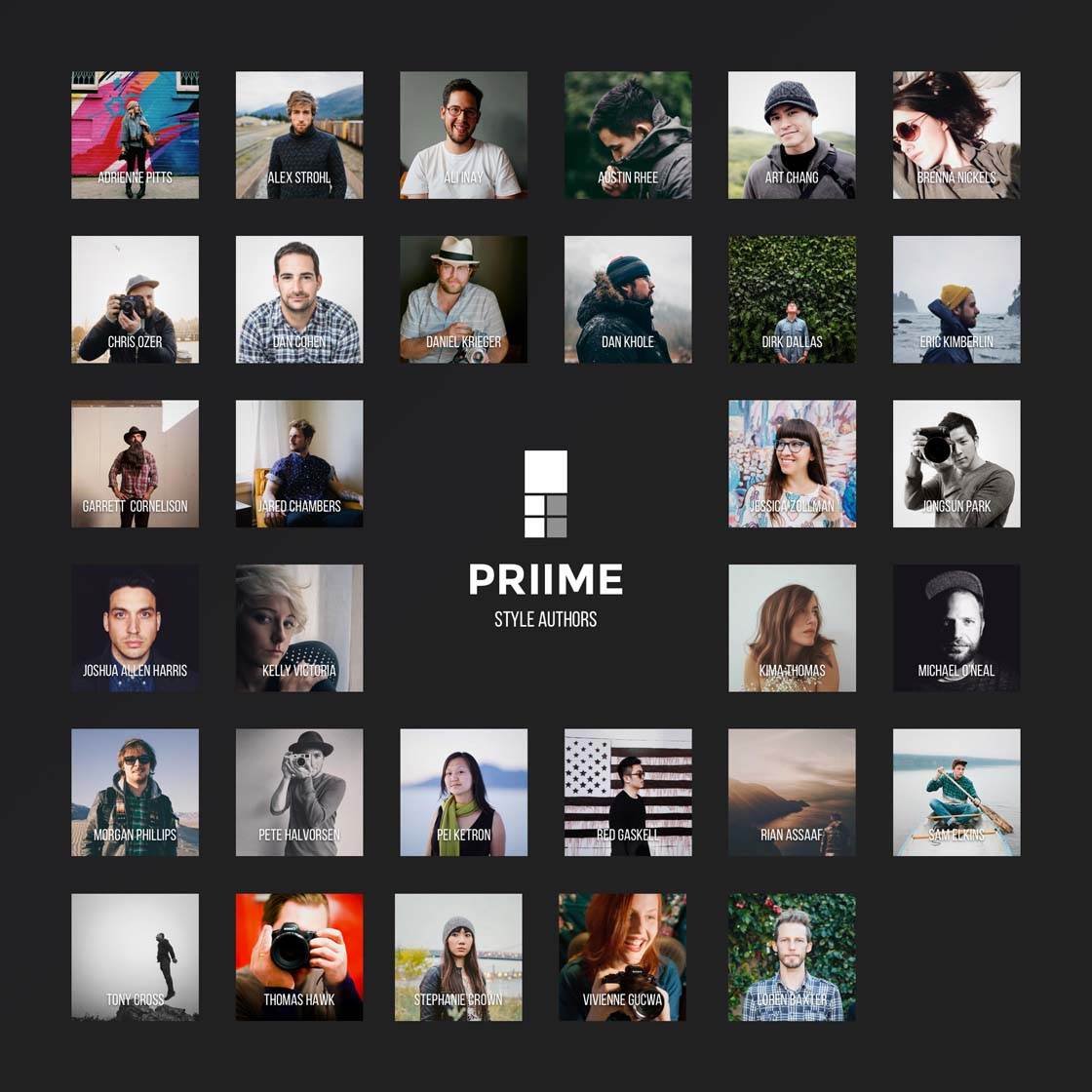 While this might not mean much to you if you’re not already familiar with the individual photographer’s styles, Priime provides a detailed description and sample images for each style. 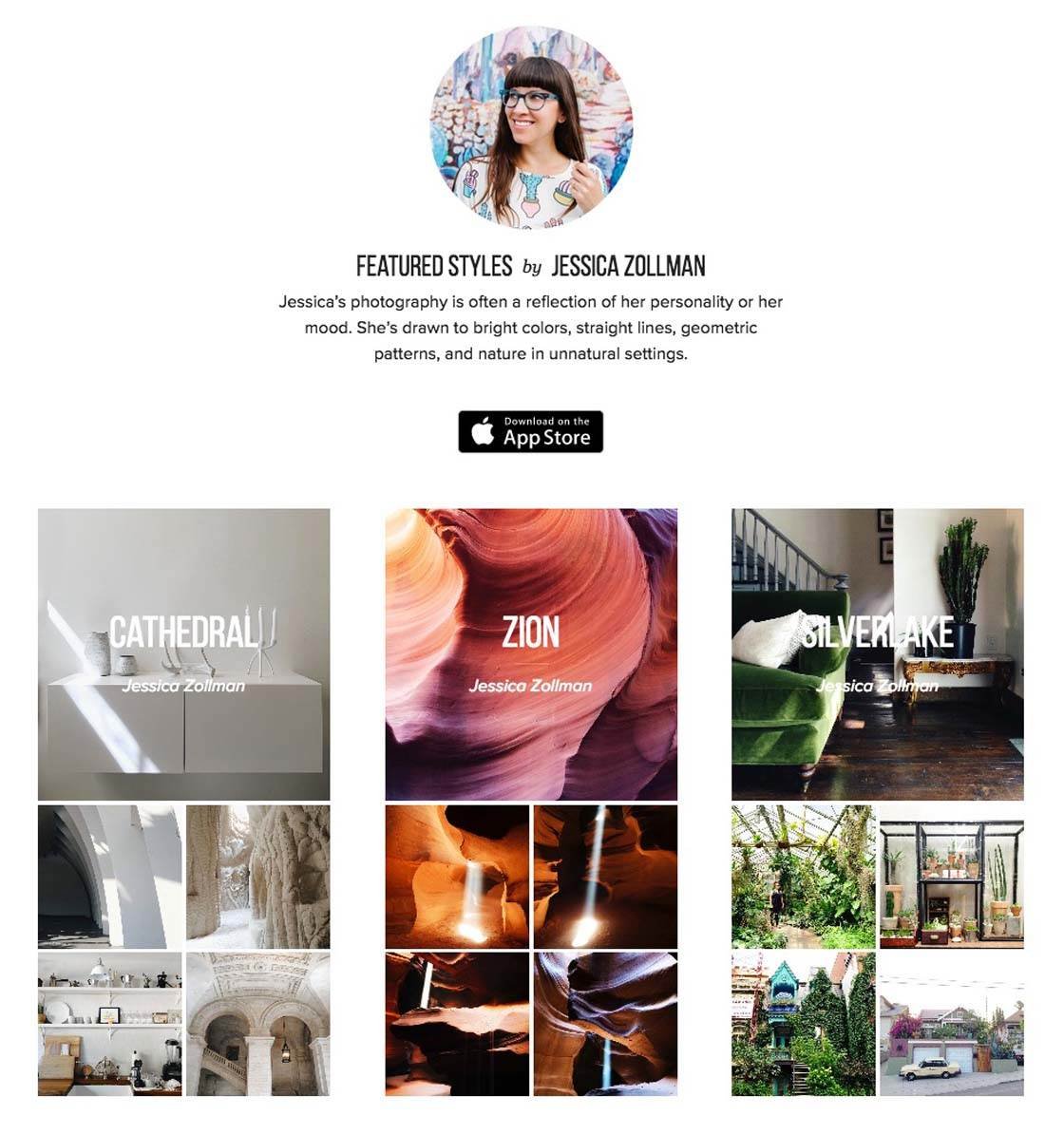 This enables you to quickly understand the types of photos that a particular style is designed to enhance. In fact, it is these styles that serve as the foundation for Priime and really set it apart from not only VSCO, but most other editing apps.

One of the truly unique features of Priime is that it helps you select the best styles to consider for your photo, depending on the image you’re working on. 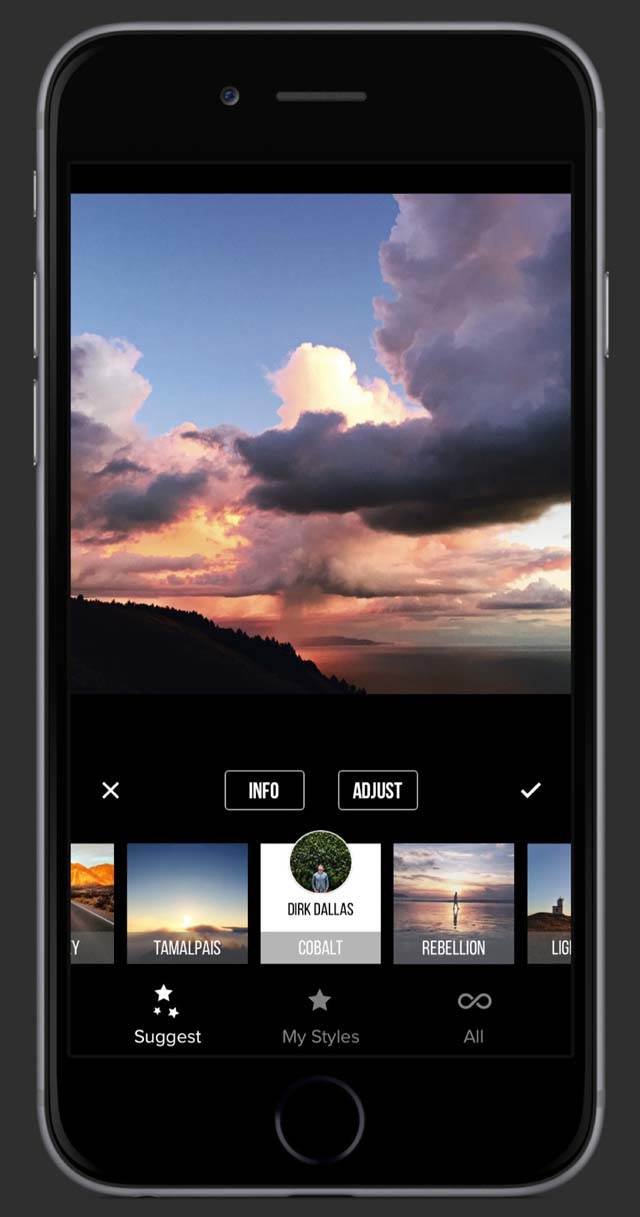 After selecting an image from your Camera Roll, simply tap on “Style” and then “Suggest.” The app will analyze your photo and suggest a handful of styles that may best apply to your image. 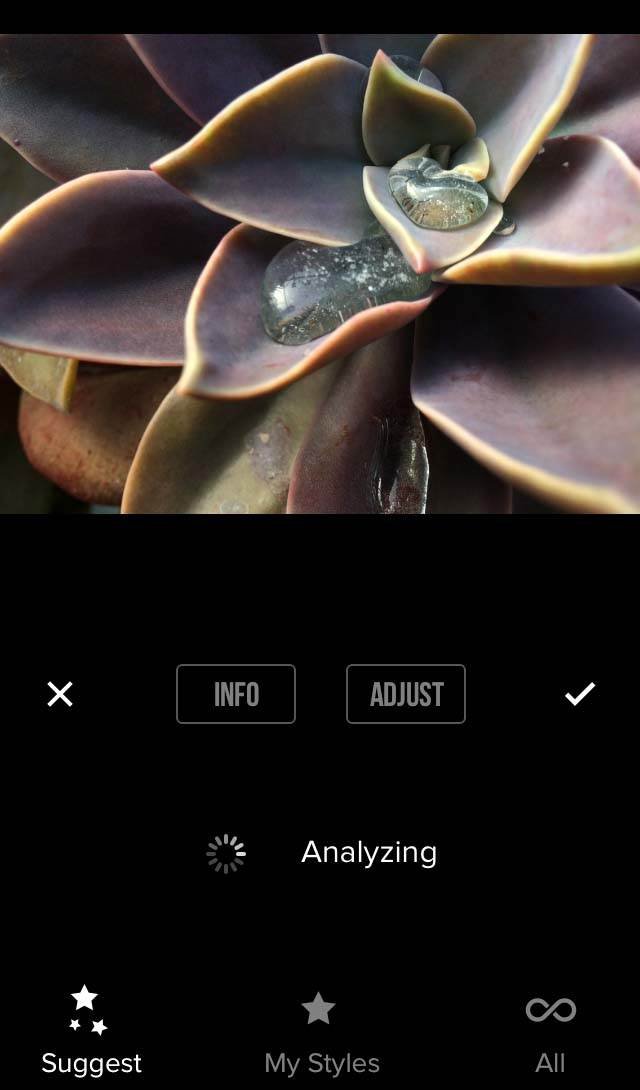 It must be noted that this tool will suggest styles from the full suite offered by Priime, whether you’ve purchased those styles or not.

If you would prefer to only view the styles that came free with the app or that you’ve purchased, you can select “My Styles” at the bottom of the Style screen. You also have the option to simply browse through all available styles whether purchased or not.

While both Priime and VSCO utilize a similar “dotted” slider bar for making adjustments to each setting, Priime allows for a far greater range of settings. 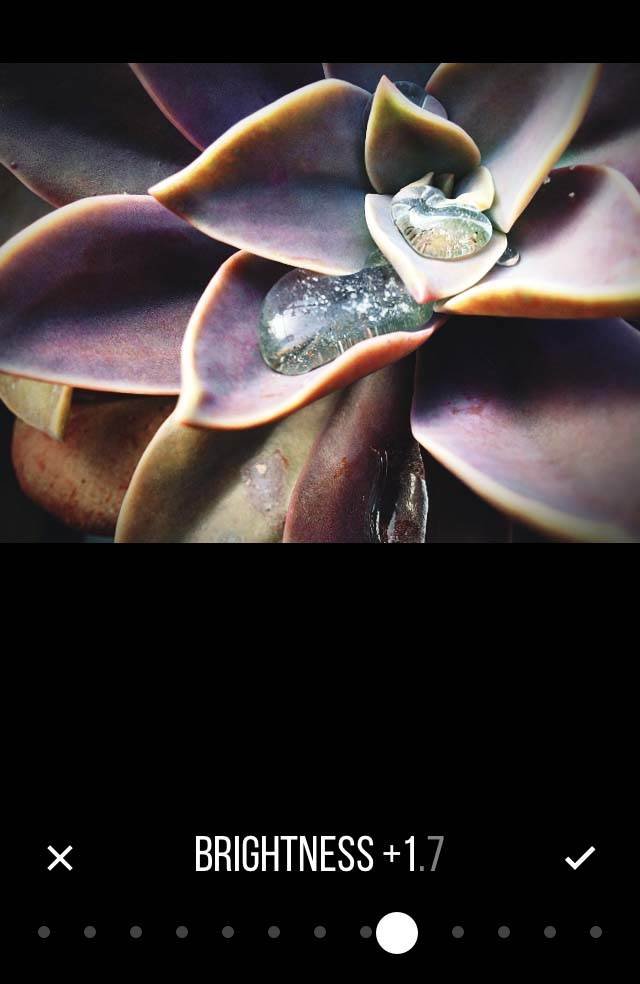 Where VSCO allows you to move the slider in predefined steps (designated by the dots along the slider), Priime also allows you to set the slider at multiple points between the dots, thereby offering a wider range of settings for each adjustment tool.

When using VSCO myself, I’ve often found that I’m torn between two similar settings and wish that I could select the midpoint between them. With Priime, you can.

This may seem trivial to some, but if you want more fine control over your editing, this sort of subtle difference is crucial.

Another noted difference between the two apps is that Priime takes advantage of the iOS option to save your edited photo over the original.

While this may be of interest to some photographers that are not interested in preserving a separate original photo file, I have to admit that it’s not a feature that I find to be helpful at all. 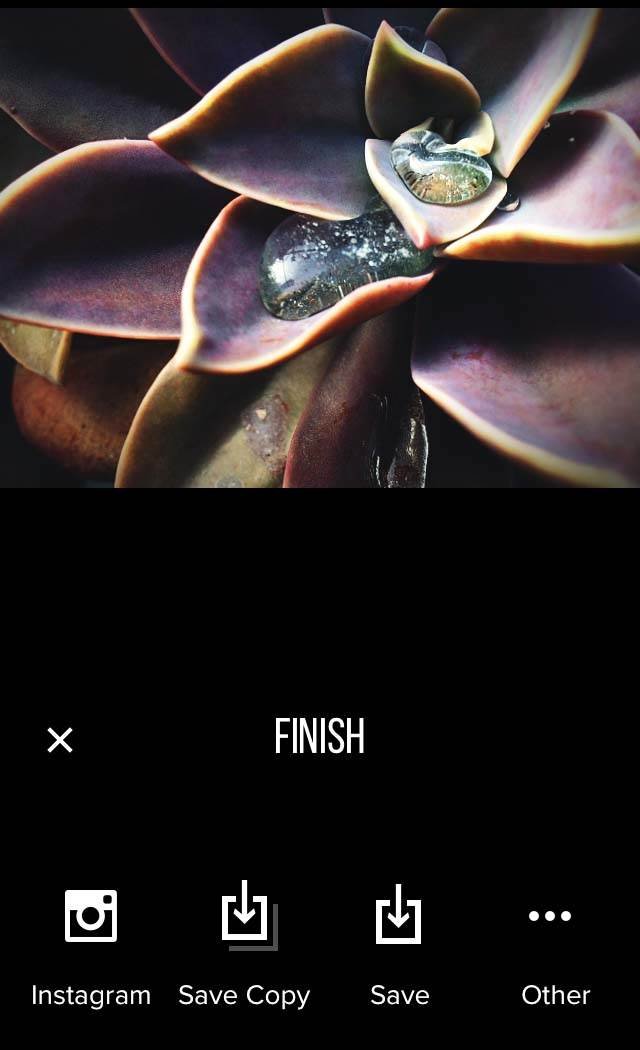 Other apps have started offering this ability since iOS 8 first introduced it, and I find it awkward and frustrating at best. However, the fact that Priime offers it as an option (you can also save images as a new copy, leaving the original intact) will be welcome to those that prefer it.

Either way, another great feature of Priime is that it’s capable of saving photos at their full resolution, even up to 36 megapixels or higher. So if you’re editing your DSLR photos on your iPhone, the quality won’t be compromised.

One last feature of note is that Priime allows you to copy the edits made to one image and apply them to as many other photos in your camera roll as you want. This is a great way to batch edit photos of a similar style. 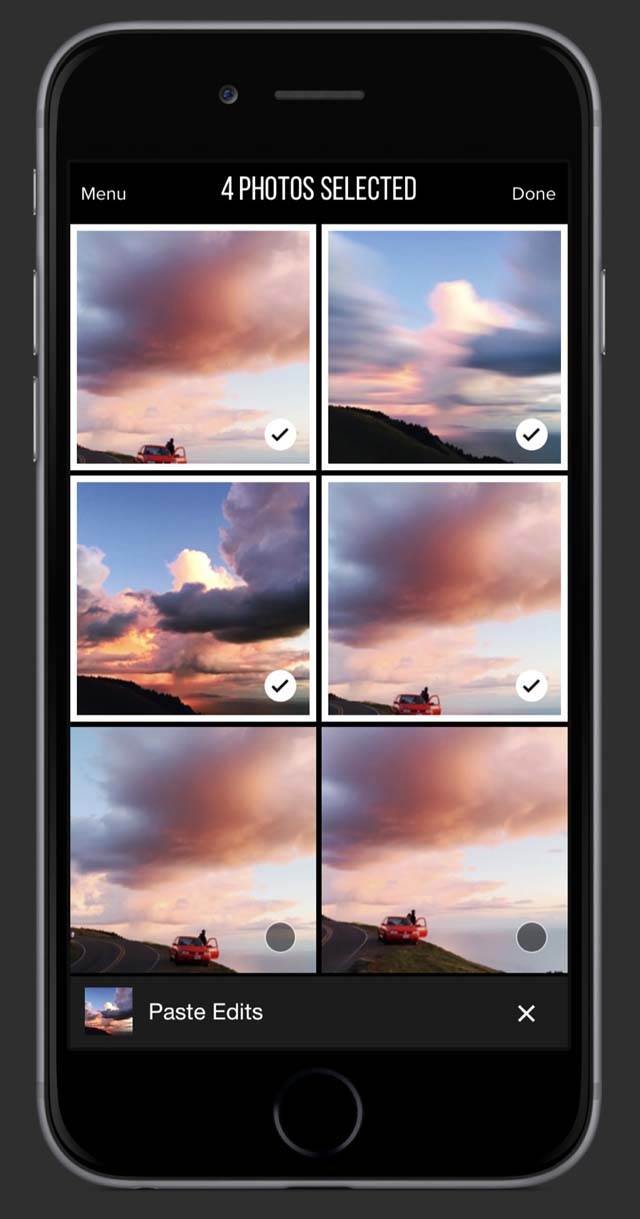 If you like starting with professionally crafted filters/styles when editing your photos, then you’ll find much to like about Priime. While this is certainly not a “do-it-all” editing app (and there are few that are), it does the basics very well. 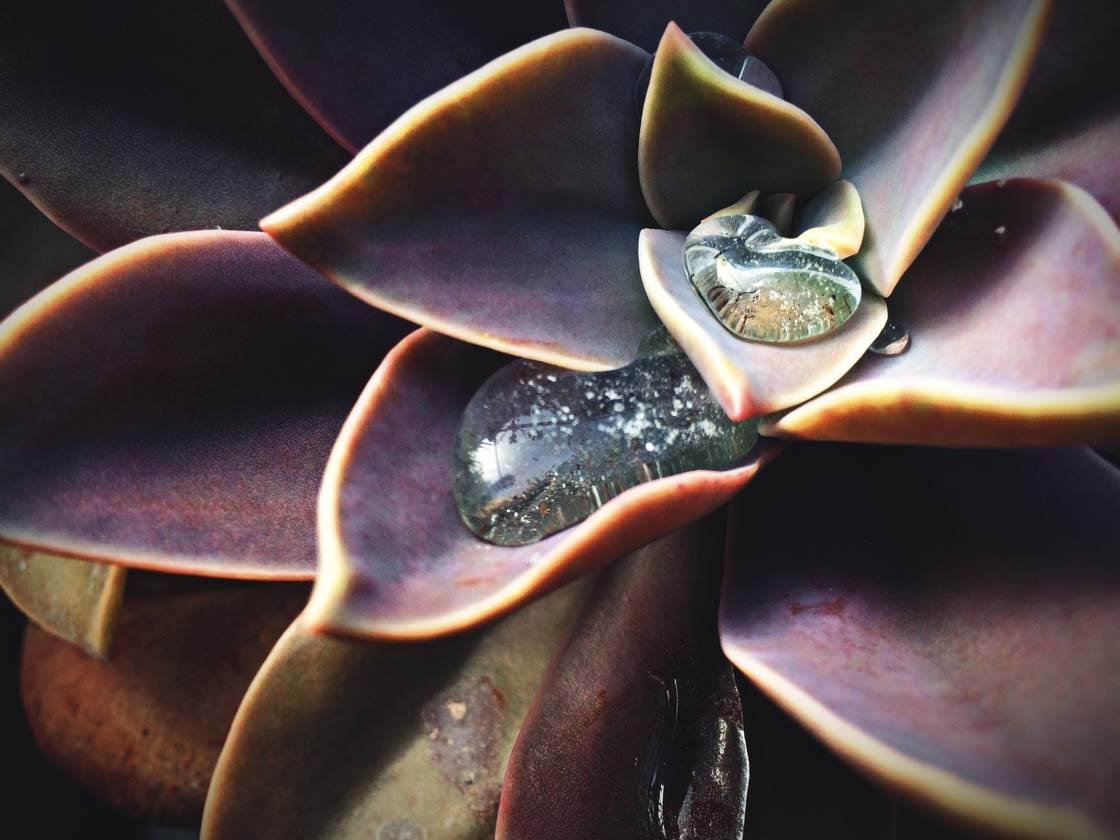 Priime is available to download for free from the App Store and comes with a selection of six basic styles to start with, as well as all of the adjustment tools.

Individual styles are available for purchase at $0.99 each. For a limited time, you can purchase the entire collection of 66 styles for only $9.99 USD.

While this may seem a bit expensive compared to other apps, it really is a bargain considering the wide range of professionally-designed styles that you can apply to your photos.