Are you interested in taking your iPhone photo editing to a new level of expertise? If so, you’ll want to start using apps that offer one or more “curves” tools. Many apps features a curves tool for adjusting exposure or color levels, but the new MaxCurve app takes the curves tool to a whole new level. In this article you’ll discover how to use MaxCurve to perform very precise edits to your iPhone photos using a comprehensive set of curves adjustment tools. 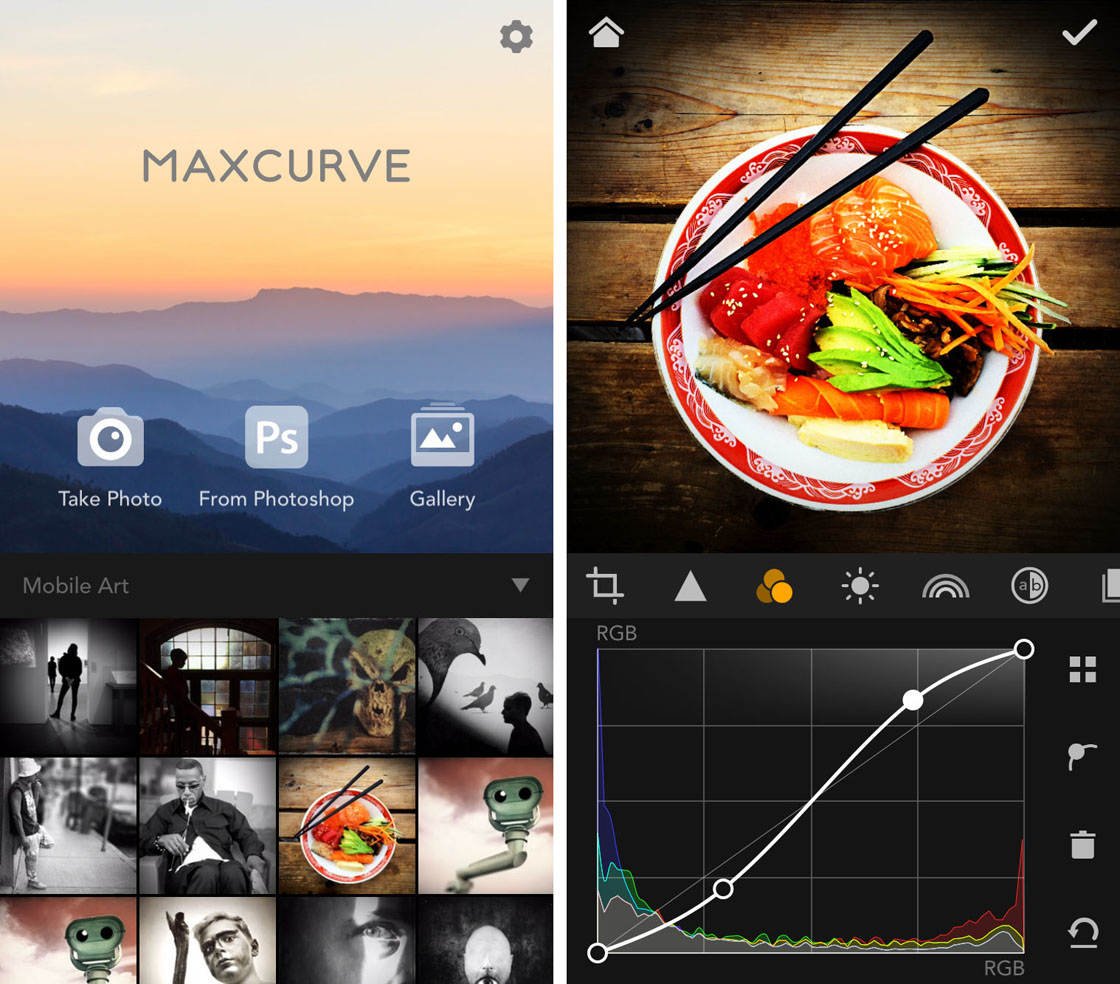 What Is A “Curves” Tool?

If you’re not already familiar with how a curves adjustment tool works, here’s a quick primer…

Since you start with a straight line, you might be wondering why it’s called a “curves” tool. Well, that name is derived from what the tool looks like when you’re done with it – not what you start with. 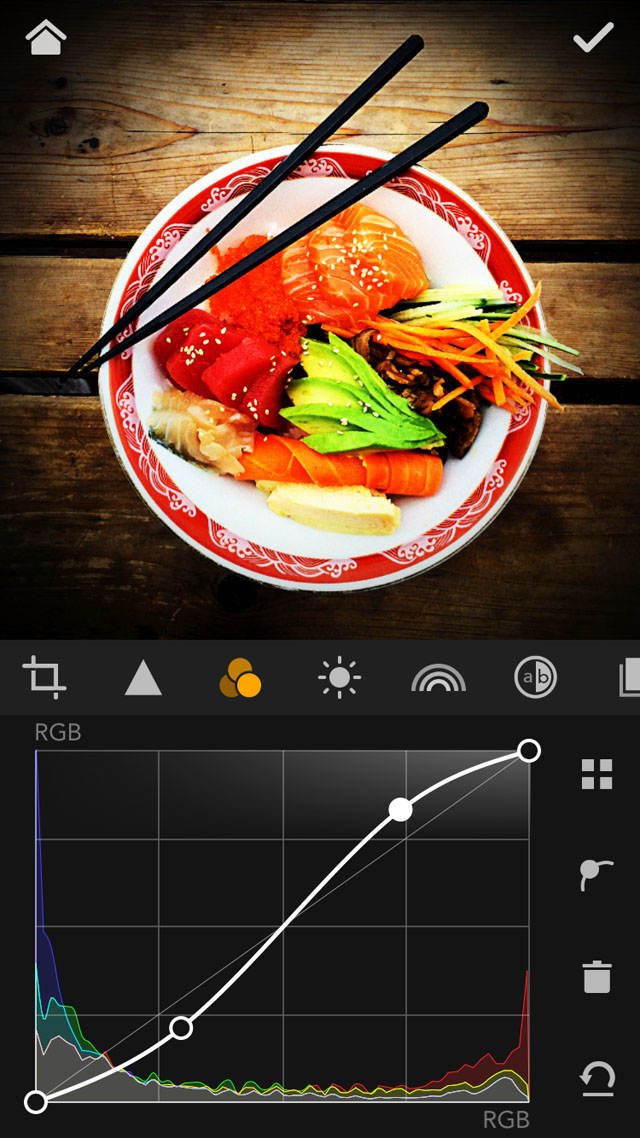 Essentially, by tapping on the diagonal line at a given point and then sliding up or down, you’re simply adjusting the brightness level of the image for the tones around that point.

For example, if you tap right on the center of the line and slide upward, you’ll increase the exposure/brightness of the mid-tones of the image.

Do the same closer to the lower left corner and you’ll only be brightening the darker (shadow) tones. Get the idea?

A good curves tool will allow you to make adjustments at many different points along the line for a truly custom editing experience. 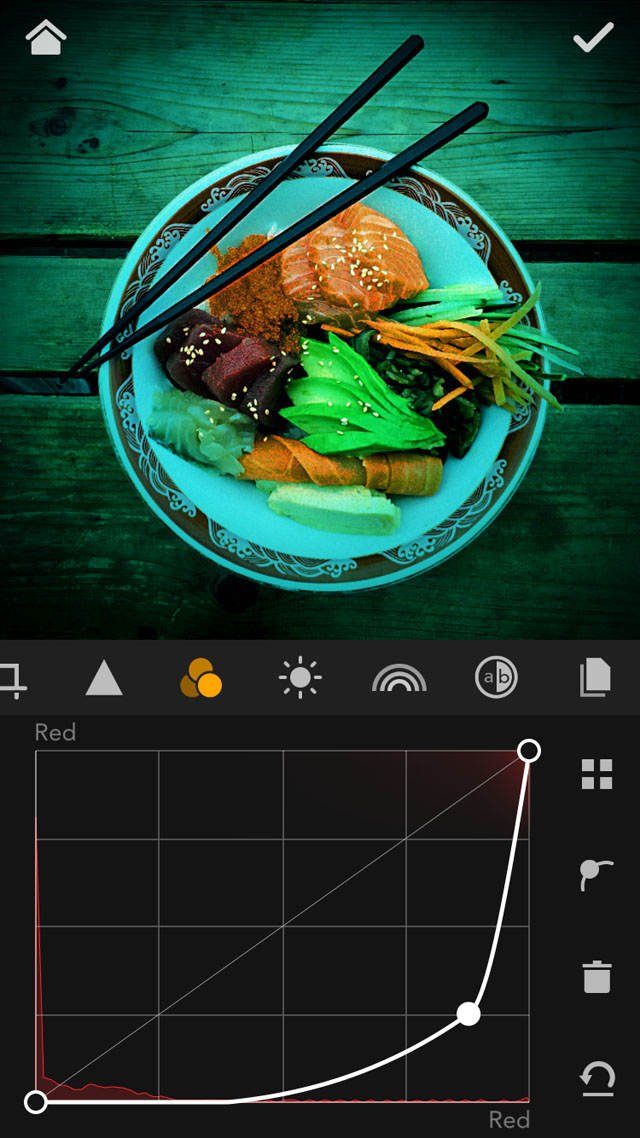 We’ve been speaking of curves with regard to the exposure/brightness of an image, but they’re also often used to make individual adjustments to the brightness (luminance) levels of individual color channels (red, green, blue).

With MaxCurve, the same curves approach is used for adjusting many other image aspects as well. This yields a truly innovative and custom editing experience.

So Many Curves, So Simple to Use

While this may seem overwhelming, they’re grouped into so-called “kits” for easier navigation. Additionally, you don’t necessarily need to use all of them when editing a photo.

There’s an RGB kit for separate editing of red, green and blue color channels, as well as an overall RGB level adjustment:

The Lightness kit allows for adjusting overall contrast, exposure, gamma, temperature, and even a curves tool for converting to black and white: 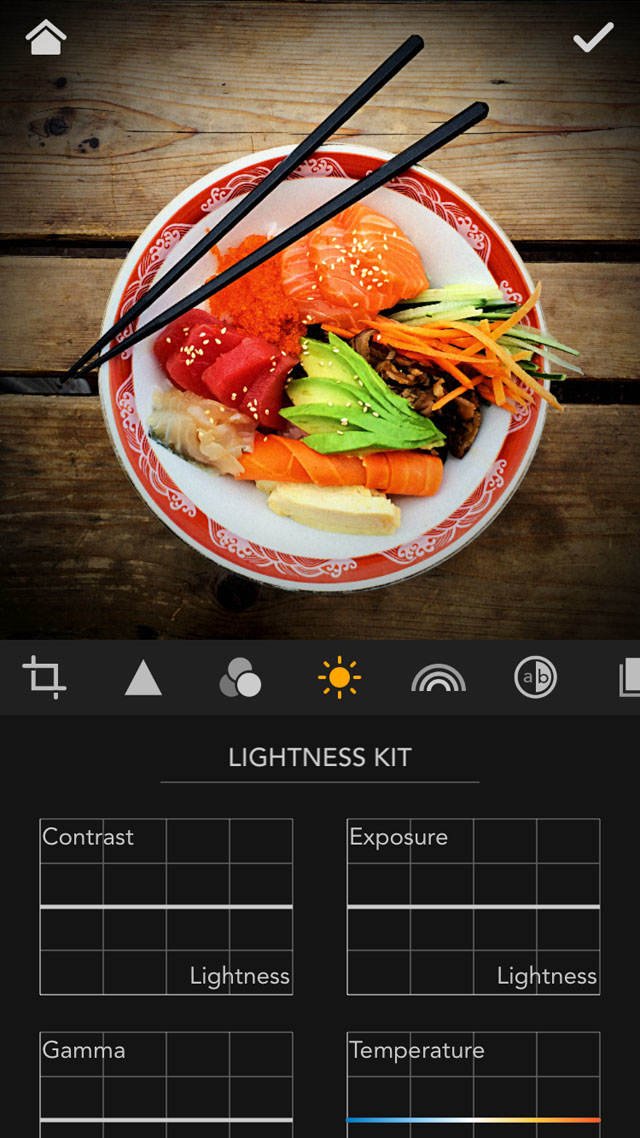 The HSL kit is meant for adjusting hue (color) levels and color saturation via a few different options: 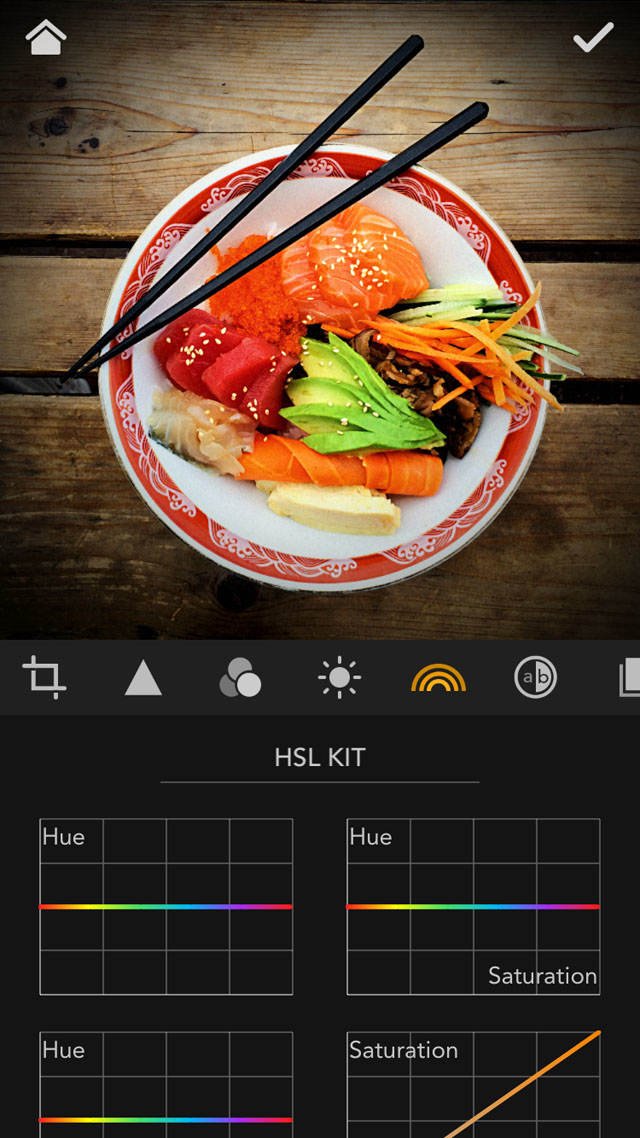 Finally, the Lab kit offers a rather unique approach to color editing, splitting the color ranges into the warm and cool color tones for editing: 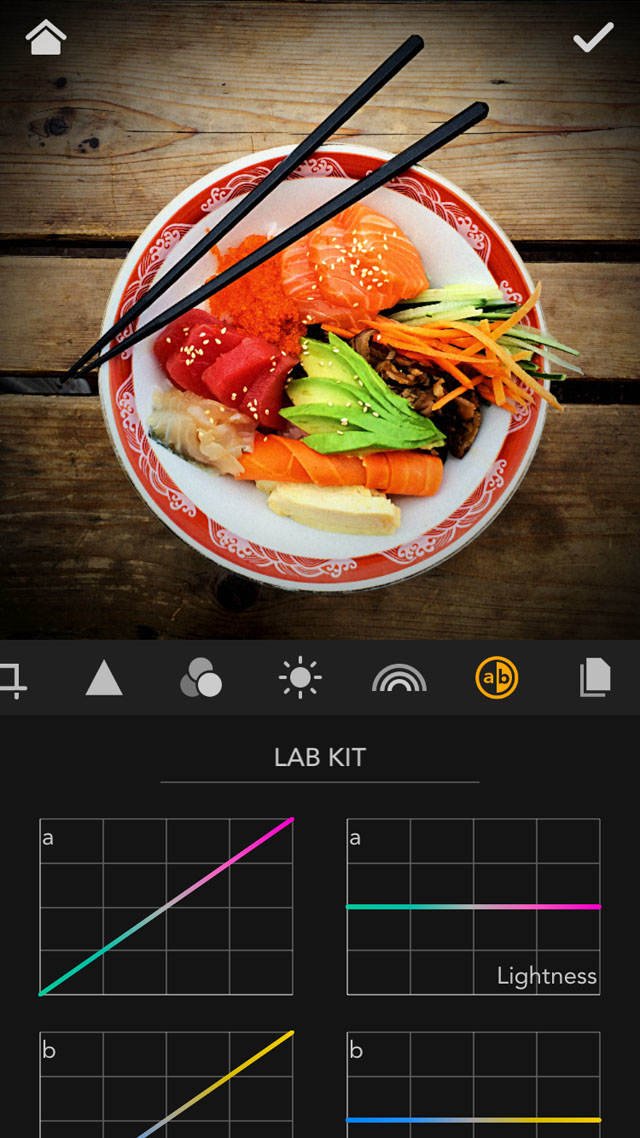 With so many options, you may be tempted to try all of them out on a single image. If you do, but you don’t like the results, each curve tool has a reset/undo button.

In addition, the app displays a full histogram (map of image color/exposure levels) behind each relevant adjustment tool. The histogram adjusts in real time as you make your edits, so that you can easily use it as a guide for setting exposure, etc. 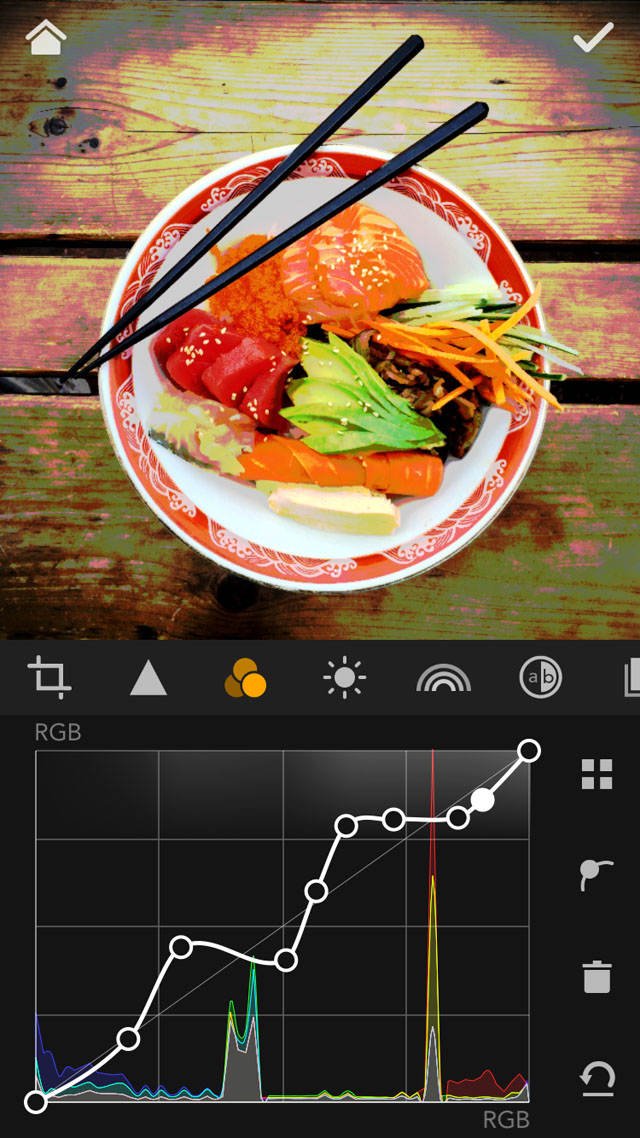 You can add as many adjustment points as you want to each curve tool, which allows for an incredible range of editing options. This provides a level of control not found in most other editing apps.

Also impressive is that not only can you open and edit TIFF images in MaxCurve, but it will preserve the image quality of such larger files and re-save them as TIFFs when you’re done.

Create Your Own Custom Presets

While MaxCurve doesn’t come with any standard presets or other filters like so many other apps, you can create your own presets using your favorite curve settings. 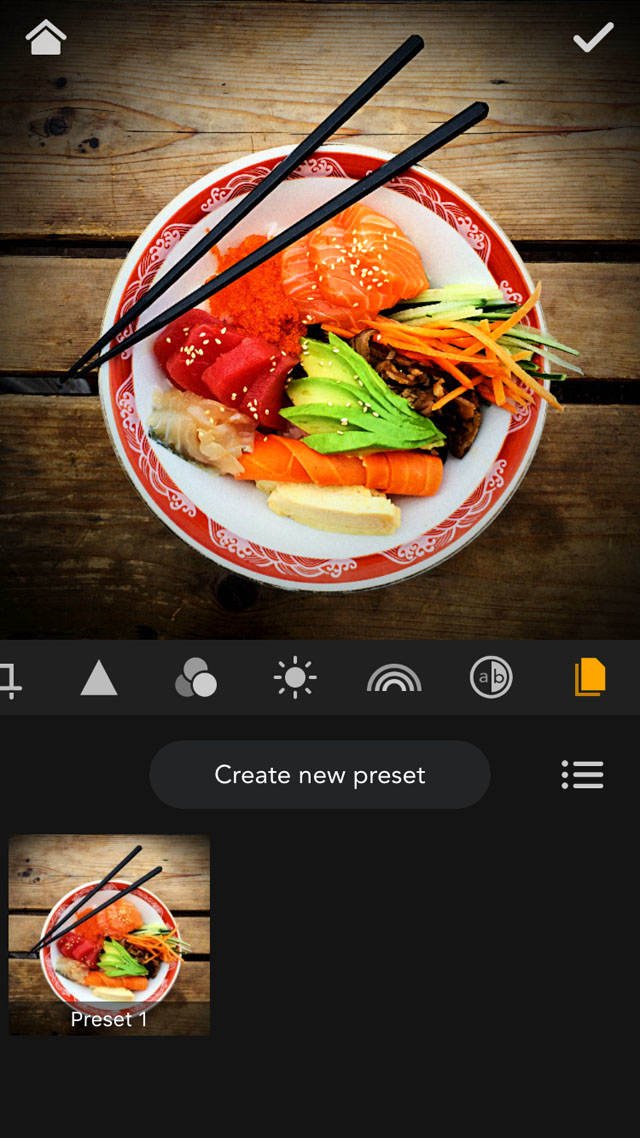 This can be handy for editing multiple photos that were taken under similar lighting/atmospheric conditions. Simply edit the first image to your liking, create a preset from those settings, and add it to your other images with just a few taps. 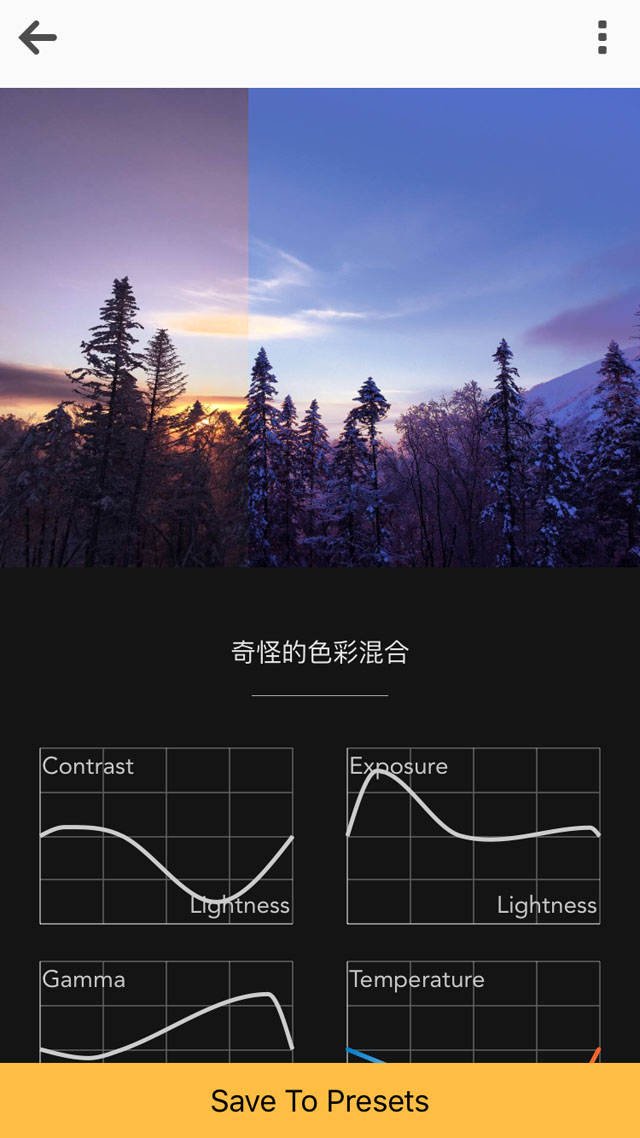 You can even share your presets (and images) with other MaxCurve users via the MaxCurve online platform accessible right from within the app.

This feature also shows you the exact settings used by other users for each of their photos, along with a sliding before and after effect to see how the edits affected the original image.

This is a great way to learn how to use the app. Simply browse the gallery for user images that you like, study their edits, and even save their edits as a preset within your app.

In addition to the curve adjustments, the app offers a solid set of more typical editing tools, such as crop, rotation, image flip, sharpness, grain and vignetting. 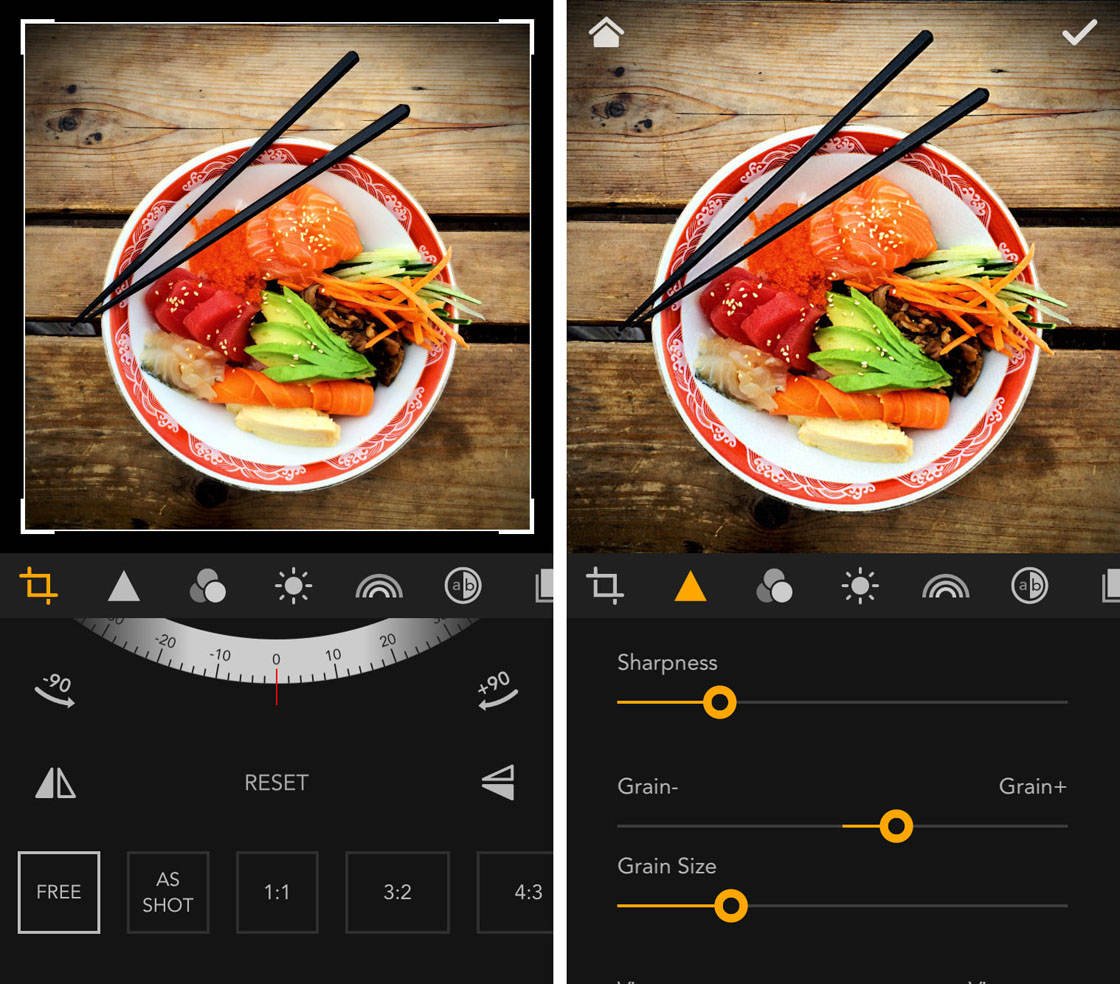 All of these can be added to any custom presets that you create (as mentioned above).

MaxCurve also lets you pinch zoom to see the effects of your edits up close. This is a feature that’s still curiously absent from many editing apps, yet is so critical to making precise edits. 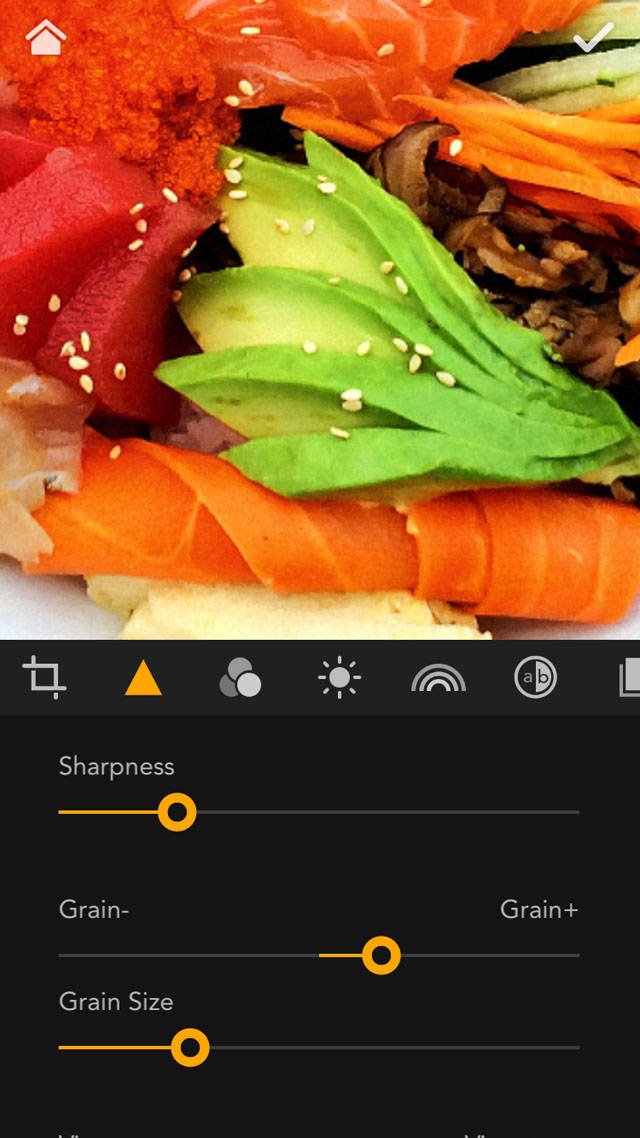 Another interesting feature of MaxCurve is its ability to connect, via a standard Wi-Fi connection, to a desktop version of Photoshop.

You can then import an image that’s currently open in Photoshop into MaxCurve, edit it on your iPhone, and then export/save the final version back to your desktop with the edits you just made in MaxCurve. 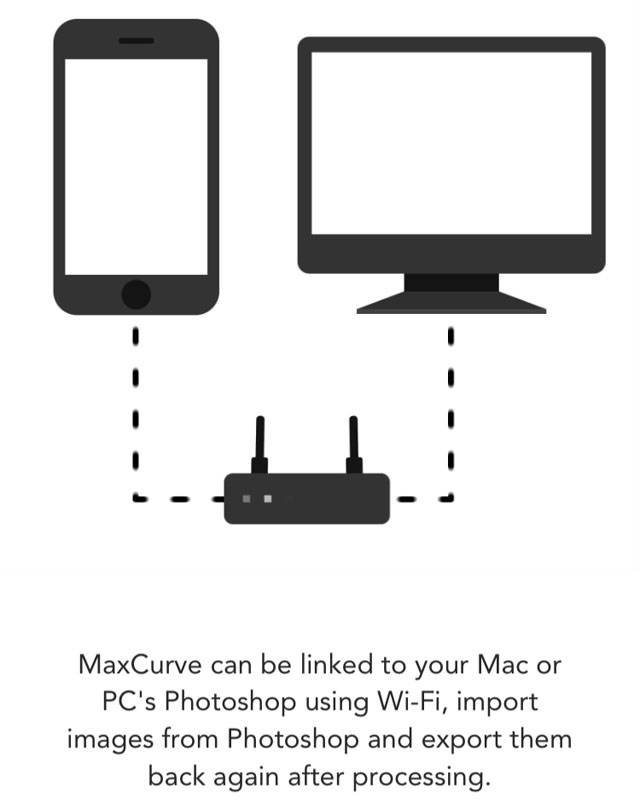 This is a fairly novel idea, but one that’s sure to please the growing number of folks that are starting to blend iPhone photography and editing with more traditional DSLR (and other) camera work.

There are some limitations to this approach in that MaxCurve can only handle files up to a certain size/resolution, and downsizes all imported images to 8 bit (as opposed to the more typical 16 bit used in Photoshop).

Nonetheless, as the lines between mobile and non-mobile photography continue to blur, this type of feature is bound to become more commonplace.

MaxCurve offers a powerful new approach to editing photos. Even more powerful desktop applications like Photoshop don’t offer the same level of control over some of their adjustments as MaxCurve does through its diverse range of curves tools. 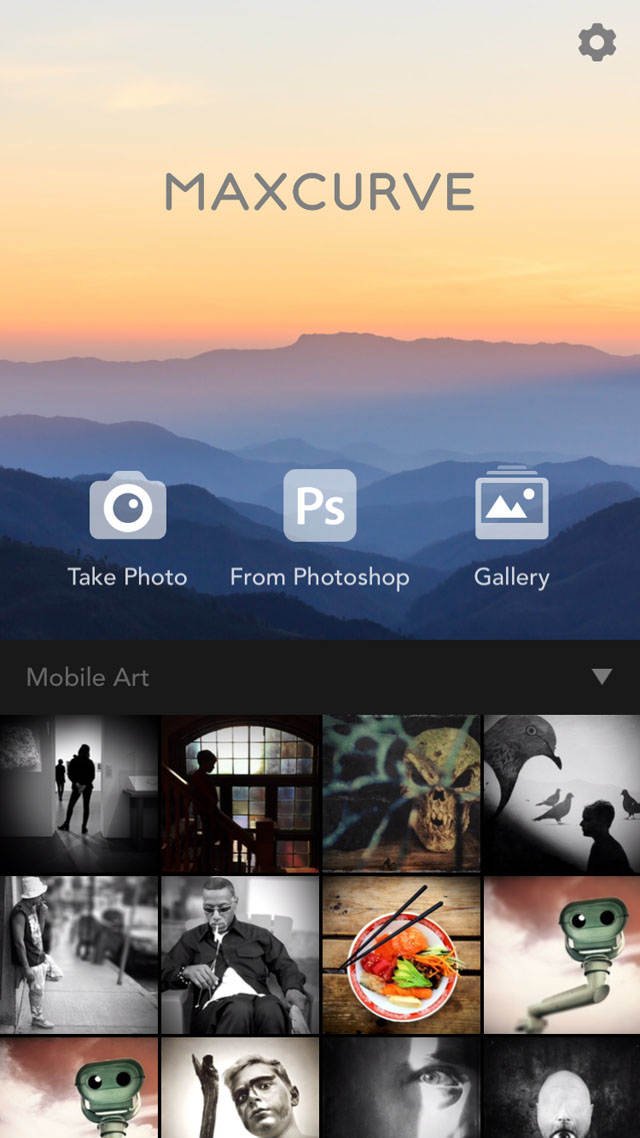 I found the app to be quite responsive when using the curves tools, but some of the sliders in the basic tools category were a bit sluggish (I tested the app on a brand new iPhone 6s). However, as you’re most likely to focus on the curves adjustments, this isn’t that big of a deal.

If you’re interested in stepping up your game when it comes to photo editing, you may want to grab a copy of MaxCurve and see how it works for you. MaxCurve is available for $2.99 from the App Store.