I’m really excited to share this interview with Kamau Z. Akabueze, a talented iPhone photographer with a passion for creating striking black and white photos. In this interview you’re going to find out more about how Kamau creates his wonderful images with the iPhone. 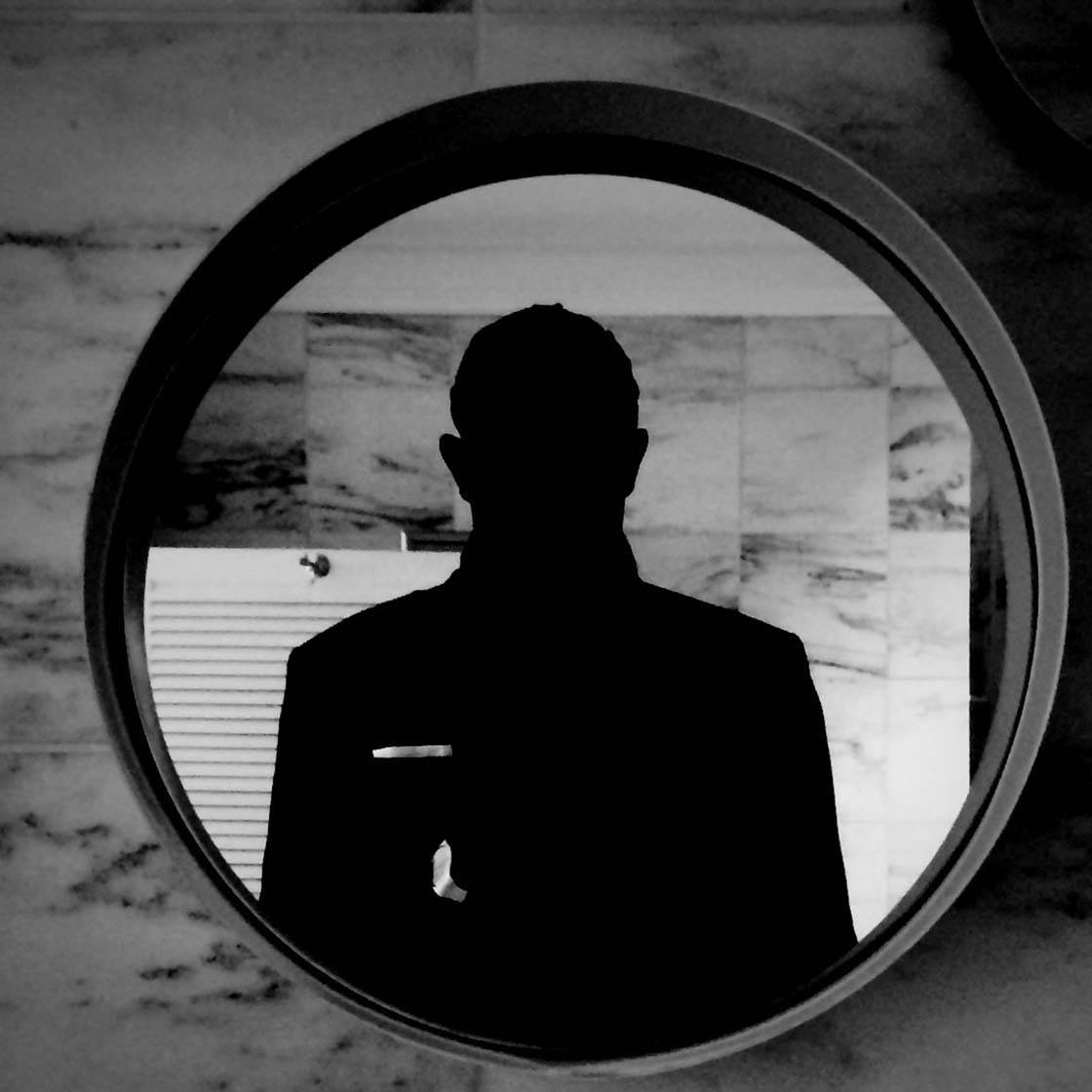 Well I’m one of those guys who grew up with a really intense work ethic that comes from my family and roots in my birthplace of Pittsburgh, PA. That work ethic has afforded me a great career in marketing and strategerizing for brands and companies, big and small.

I truly love what I do and have had massive fun doing it. I’ve been able to travel the world as a result, mostly for work, but more recently for myself (and my eye). 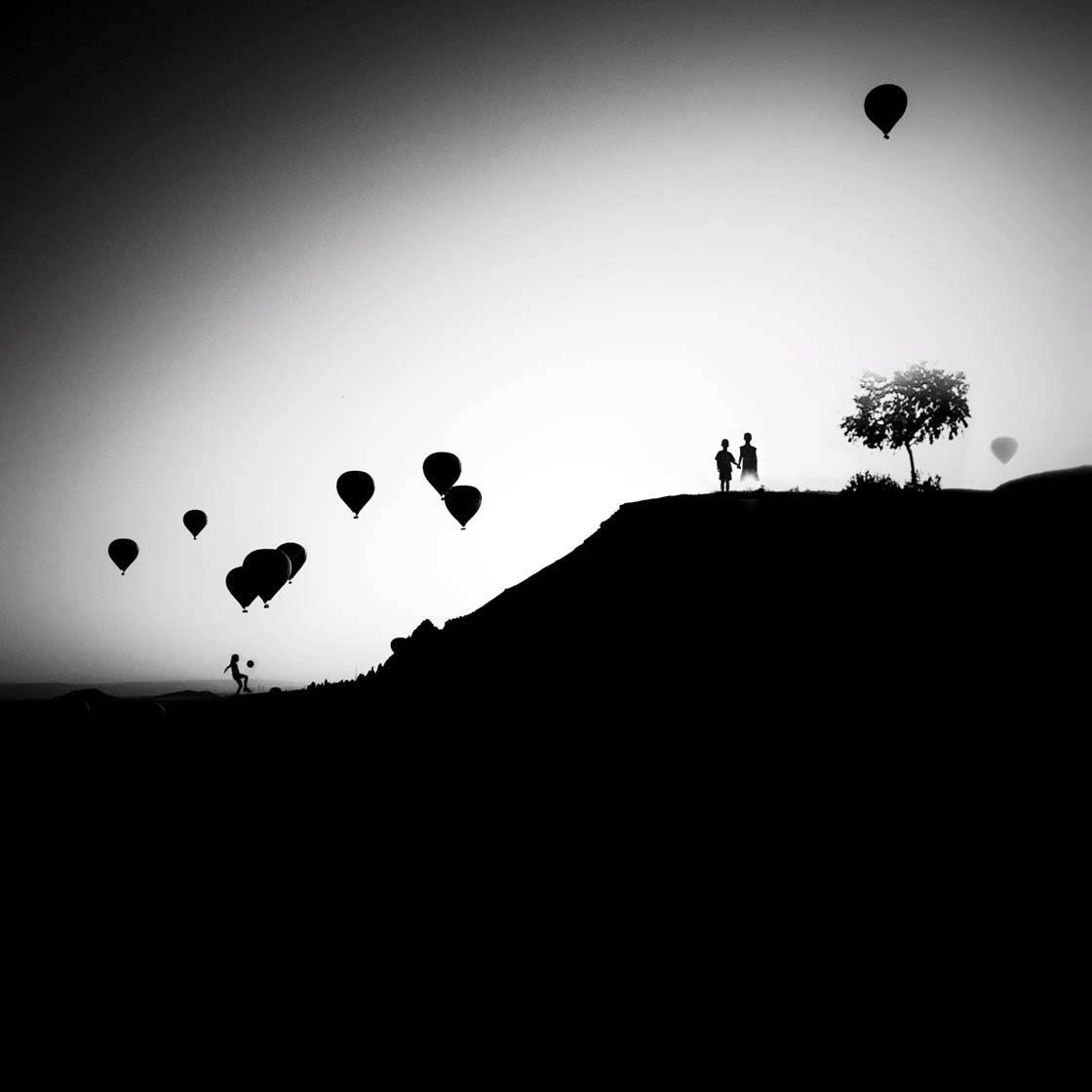 I was lucky enough to have found photography as a creative outlet about ten years ago, at a time when I really needed it. Ever since, it’s been my private and then not-so-private passion, as I’ve documented the birth and growth of my son, along with my own growth.

Growth that finally allowed me to acknowledge myself as a photographer a couple of years ago. Growth that has allowed me to see very clearly how lucky I have been in my life and career, being able to work and play in creative fields that I love.

Around the launch of the first iPhone, I was working on concepts to express how the rapid technological innovations of the time would impact the marketing landscape… an idea coined as “Phygital” – the intersection of the physical and digital worlds.

Part of that work meant being an early adopter, which I already was, but also exploring devices and their possibilities. So when the iPhone was released, it unleashed a hunger in me for exploration of what was possible with the device, from business to education to the arts. 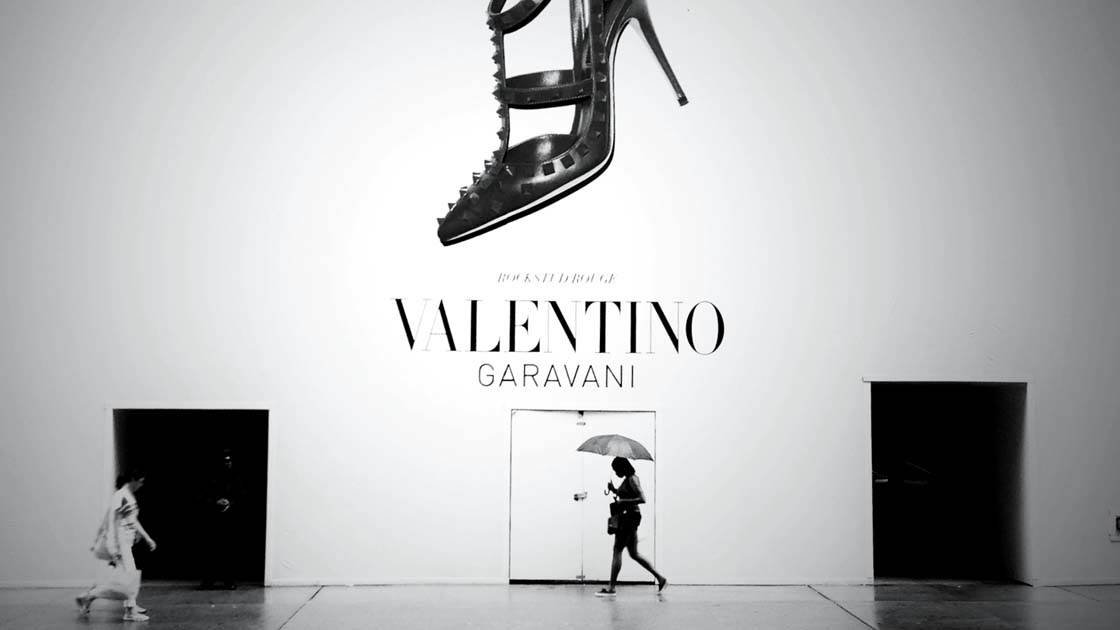 My introduction to photography happened around the same time. The creative geek in me set out to see what was possible with this device, and the apps that were being developed to exploit this new mobile documentation tool.

I downloaded and used every half-way interesting photography app that was developed for the first few years, and currently sit with about 90 photography apps on my iPhone 5s.

The light and the moment.

Unlike the traditional camera gear I walk with, I move and react differently when shooting with the iPhone. I can react to dynamic light more swiftly, with less subjectivity to whether it was the “right” light. 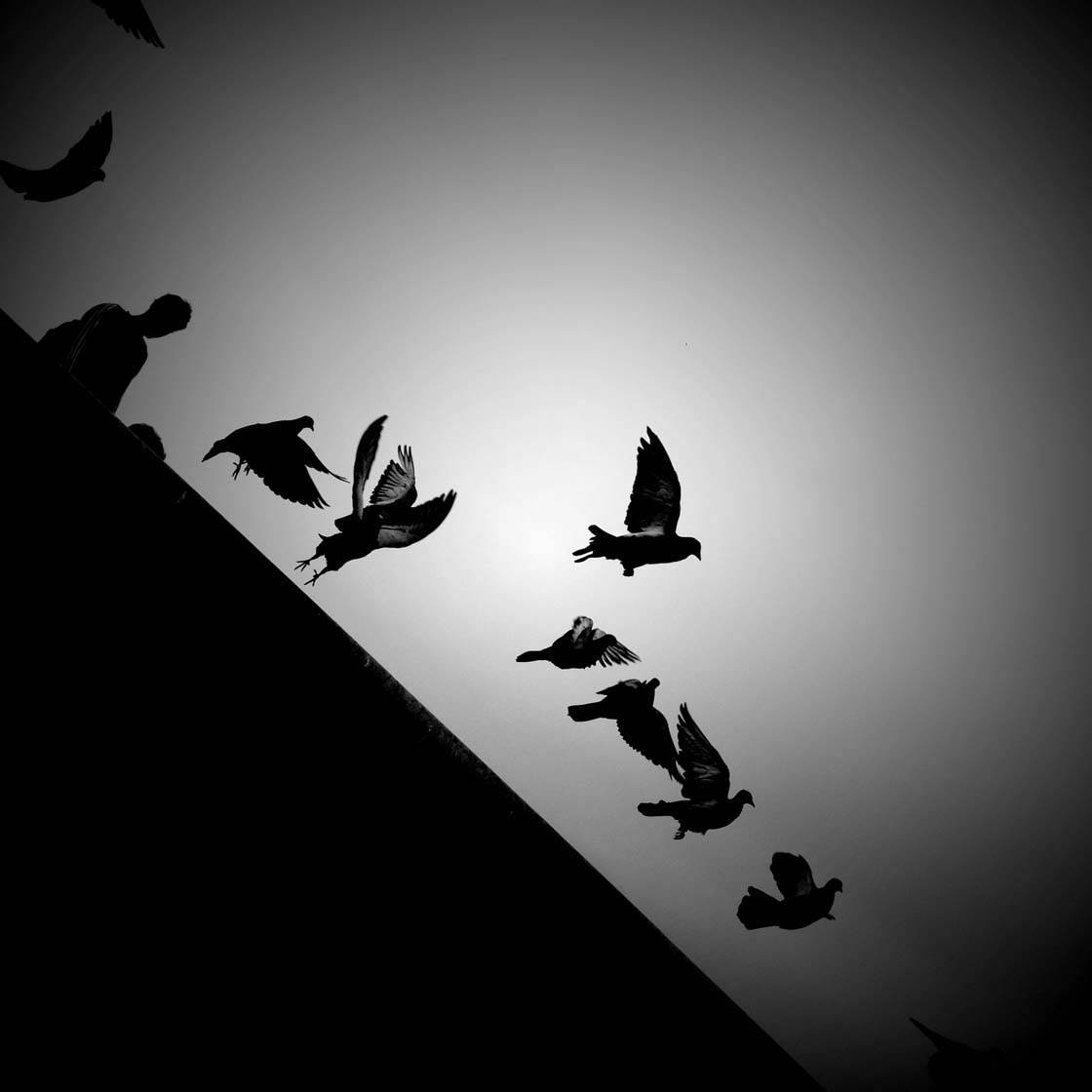 Having that instant feedback allows me to a determine whether I want to capture a scene with a different tool, or stop a moment that was only there for that single moment.

Shooting with the iPhone consistently teaches me about light, how it moves and how we can dance together. It’s a bit of a tuning fork for my eye and has honestly made my larger format photography exponentially better, helping to settle my eye in many ways.

What kind of subjects do you tend to photograph the most and what draws you to them?

Predominantly silhouettes against varied landscapes – from rural mountainous to urban, across all seasons. Even when I’m photographing my son, you rarely see his face, but if you follow my work you know his form. 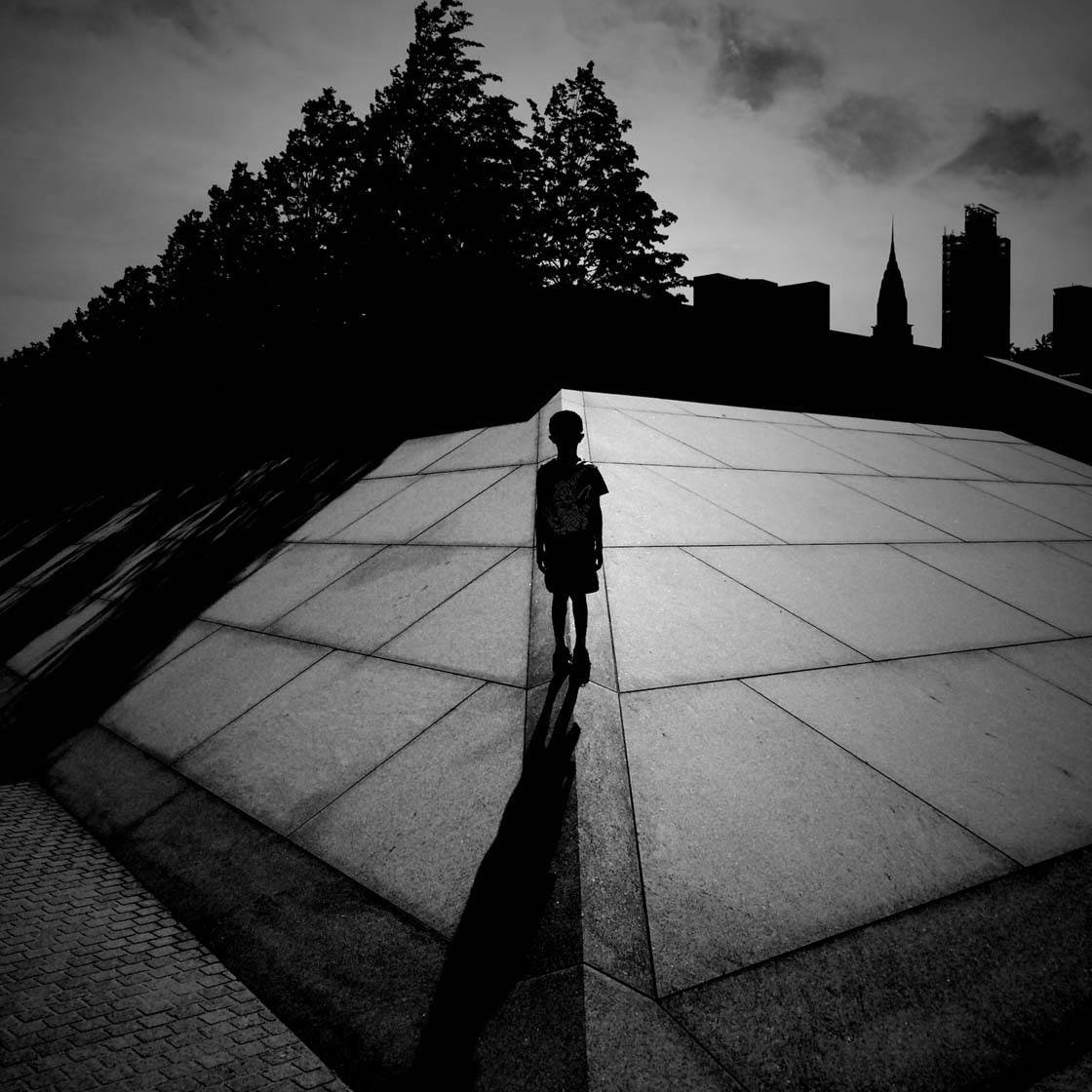 There’s something about the mystery of motion and form that leaps out at me when I’m out in the world. I’m mostly watching for the right cascades of light and studying the surfaces absorbing that light… when suddenly a form or movement passes through that makes the landscape and backdrop more interesting and seductive.

That is what gets my fingers moving towards the screen.

All your photos on social media are black & white. What inspired you to choose this medium?

If you ask my exes, they will tell you that I tend to see things in black and white! And they wouldn’t be lying, especially when it comes to photography. I have terrible eyesight in general and a bit of a sensitivity to light (especially when wearing my contacts), so I see in fairly harsh contrasts.

While I’m far from colorblind, the black and white images that I create are the most accurate in conveying what I see on a literal and emotional level. 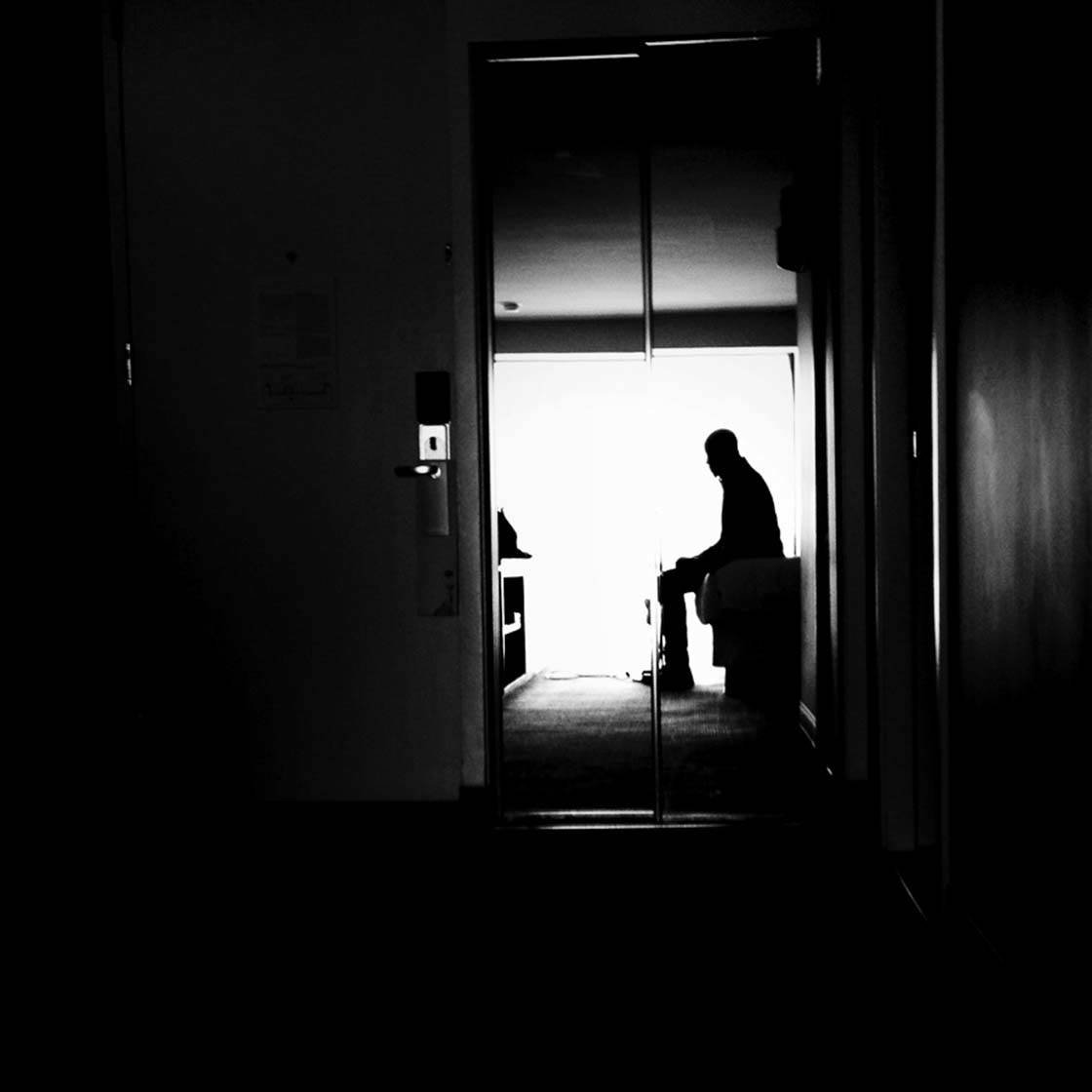 When I look at color photos that I create, say with the native iPhone camera app, I don’t have as much of a connection to them until I desaturate the scene and see what I was truly seeing.

Most of the art that I enjoy features aggressive contrasts, emotionally or in palette, so my sensibilities are tuned there. And a lot of the photography books that I own are predominantly monochromatic studies.

Are there certain types of scene that work particularly well in black and white photography?

I love scenes of human solitude in black and white. The emotional weight of a lone, unidentified figure against almost any backdrop creates endless questions in the viewer’s mind. 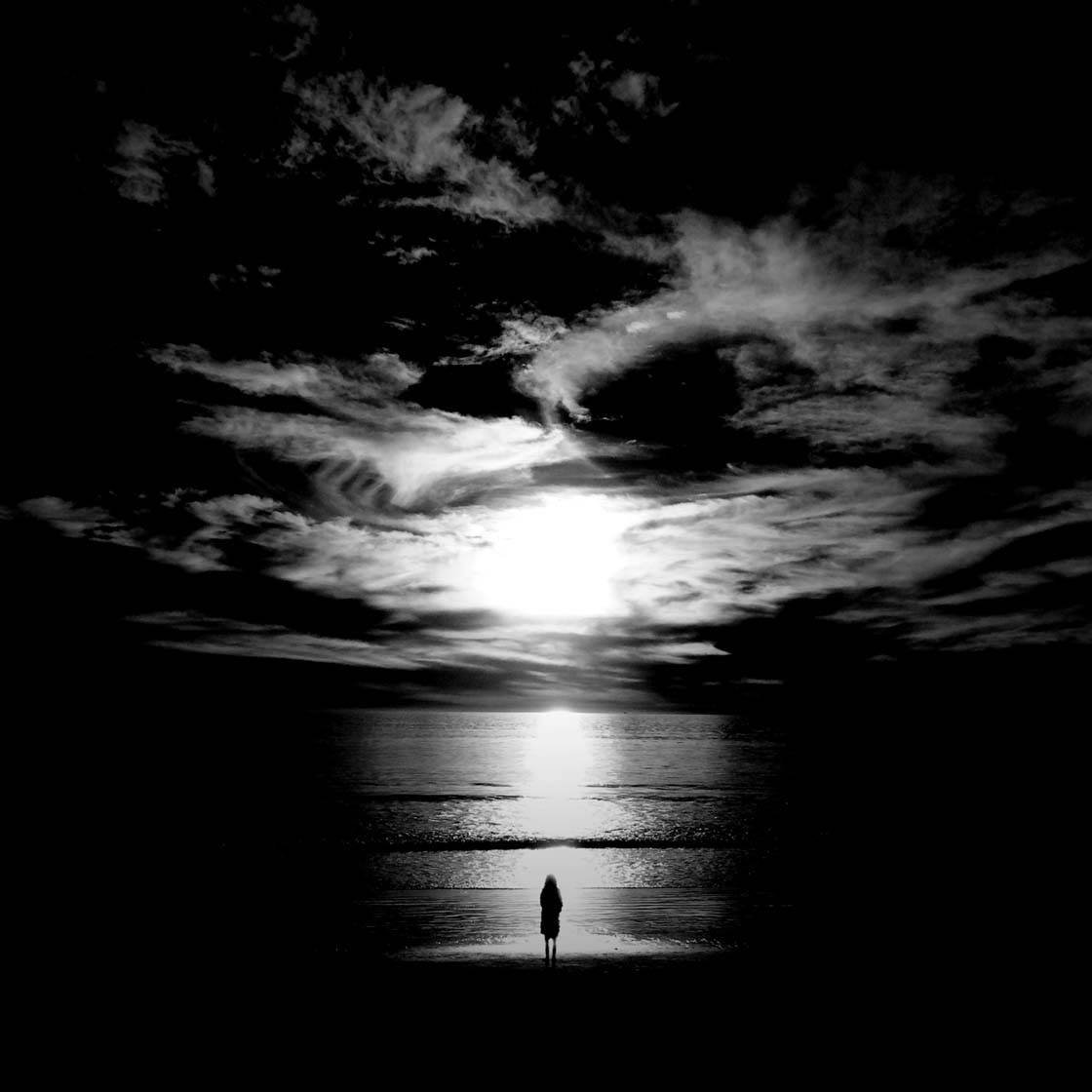 Do you tend to shoot in black and white to start with, or do you shoot in color and then convert to B&W in post-processing?

99.9% native black and white. The only thing that has begun to sway this is the ability to access the iPhone camera from the home screen, but if there were a hack to change that function to open my favorite photography app (OldCamera) I would. 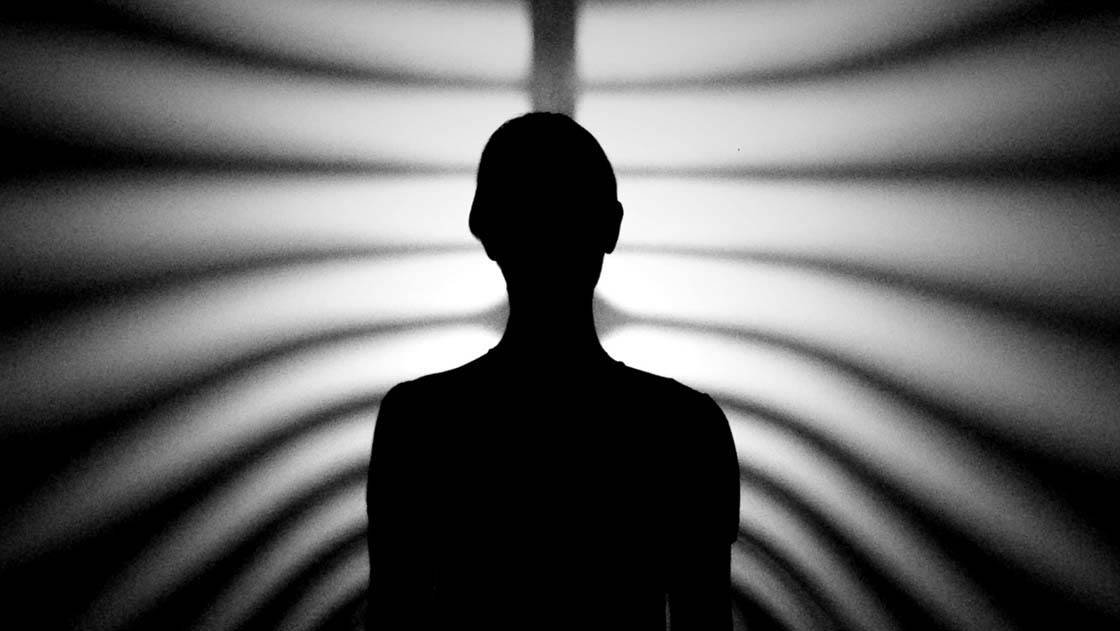 It takes no advantage of the recent advancements in the iPhone camera, sensor or focus technology. It only allows me to make one image every 10 seconds. It doesn’t allow me to use the volume button as a shutter release. It pays no attention to the grayscale. 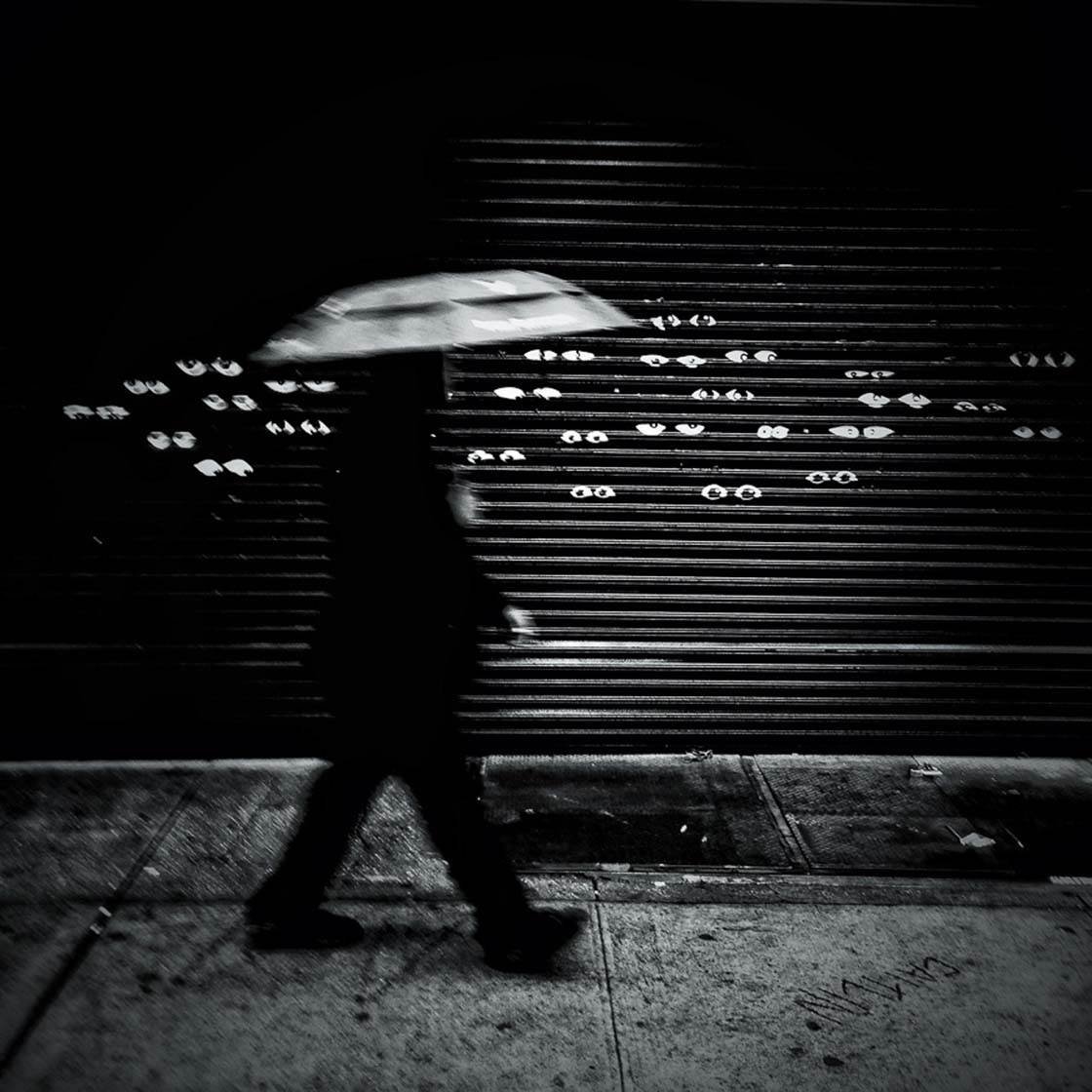 But the way it sees light and contrast is exactly as I see it. It feels like walking around with a truly vintage film camera tucked sneakily inside the body of the latest DSLR that everyone is running to the stores for. I like that.

Kevin Kuster recently introduced me to Hueless, a fine native black and white app with absolutely wonderful features. I will use this every once in a while when I want more dynamic range in an image. But the OldCamera images I create are by far my best reflection.

Like many others, Snapseed is my go to app because I really only make slight adjustments, if any, to my images. Mostly cropping, contrast and ambiance adjustments with an occasional vignetting. 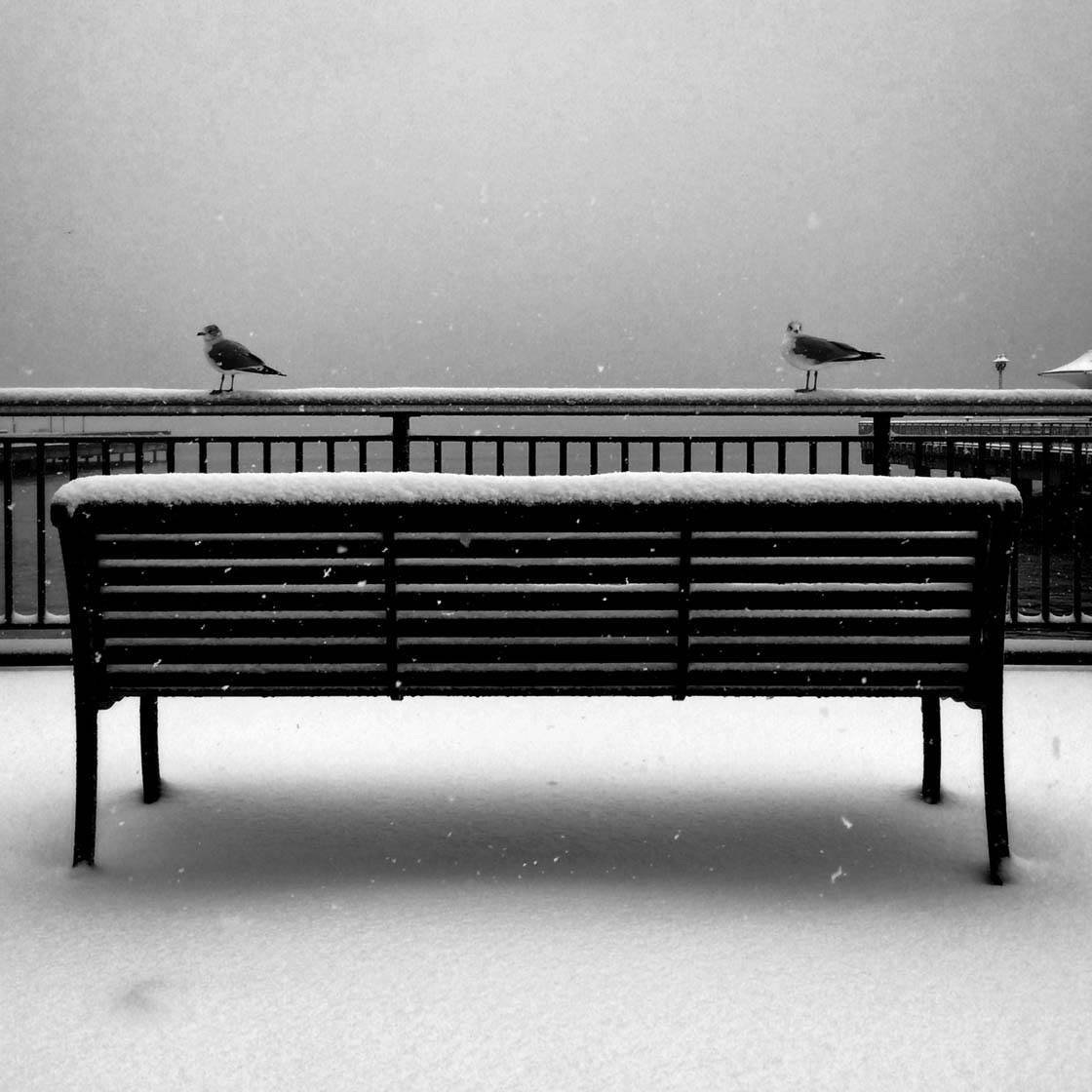 If I’m feeling really creative, however, Image Blender is a go to for recomposing and/or combining multiple ideas into one frame, which I have had some fun with.

The SKRWT app is absolutely awesome for lens correction when needed. Finally, though it’s not an app for taking photos, Sun Rise & Set is a great app for planning when to be making photos.

Do you use any iPhone photography accessories? Would you recommend that people buy them?

I consistently used the Olloclip lenses for quite a while and would always buy the latest lens when they released (though I lost my last set in Cappadocia, Turkey). They created some interesting options to broaden perspective and add more to a scene than the native iPhone lens. 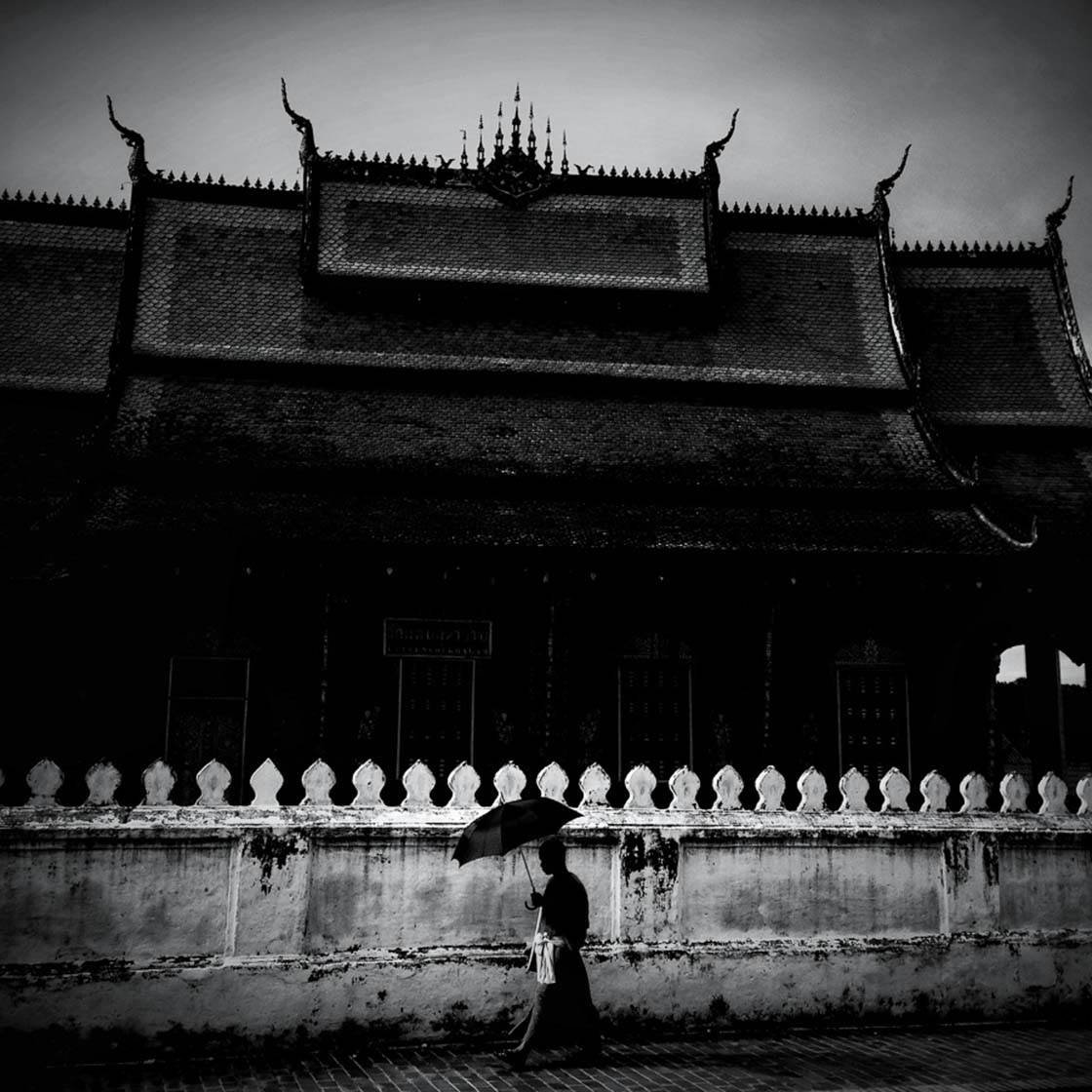 Probably the best accessory I’ve ever invested in was PocketTripod, which I found on KickStarter (a great place to get a sense for what’s next in ergonomic iPhone photography tools). I keep it in my wallet so it’s with me wherever I go. Hands down the most useful tool I have purchased for anything of late.

If you don’t mind, I’m going to flip this one on its head because the best editing story for me is when there is no edit needed.

Shooting with the HiCon B&W filter in the OldCamera app allows me to get exactly what I want from a scene. So when I can go directly from a moment to my Instagram feed, it makes me incredibly happy, especially since I really have no control over exposure with the app.

The discoveries that come in to view after that single shutter release make these photos my favorites. 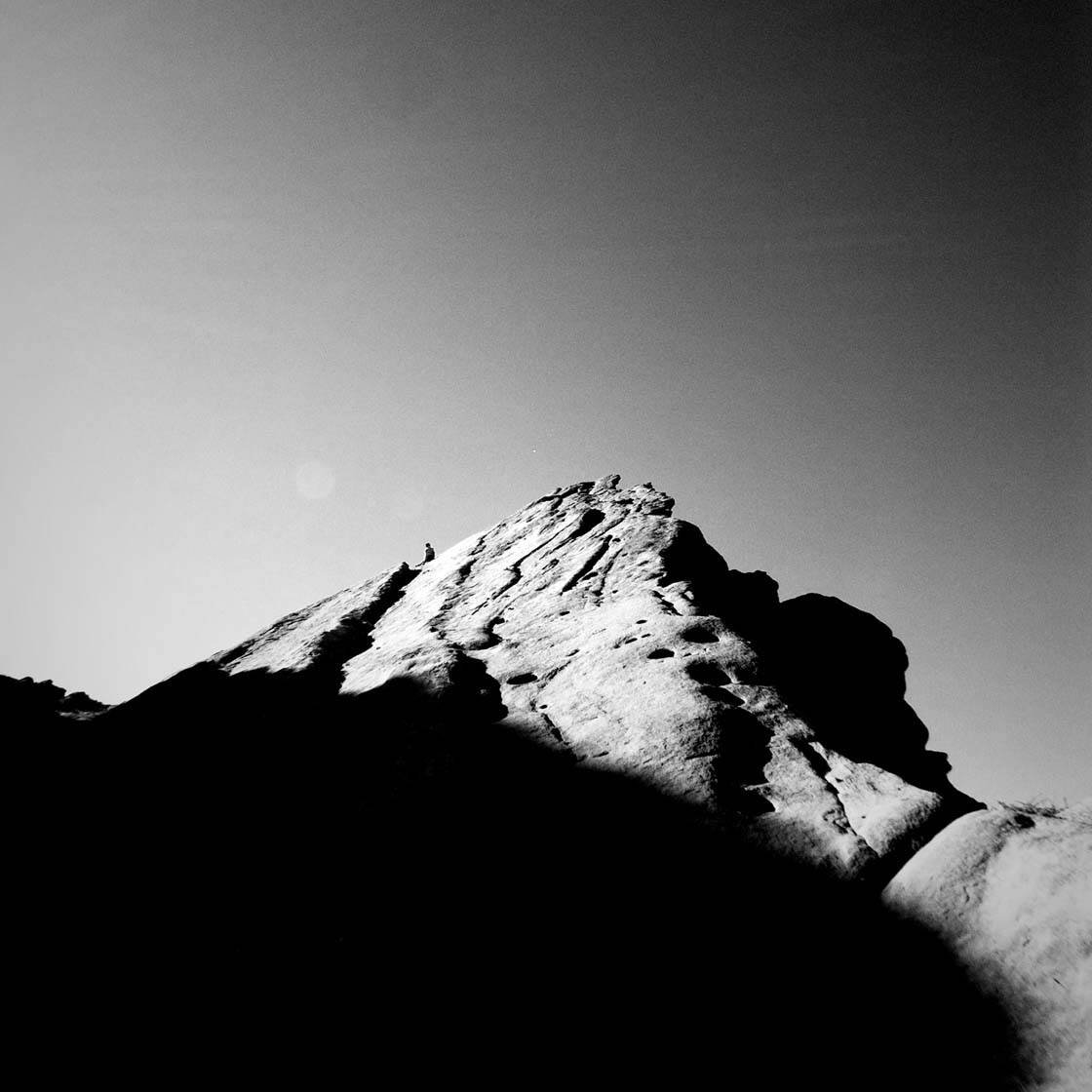 I was exploring Vasquez Rocks in California while location-scouting a commercial shoot I was leading. That whole place is a photo (as the location managers for Star Trek knew all so well). I saw a long shadow of one peak laying over another and I captured it in OldCamera.

I was incredibly happy with the image, but later I noticed there was a person sitting on the rock. I immediately sent this one off to print so I could spend more time with it when I returned home. 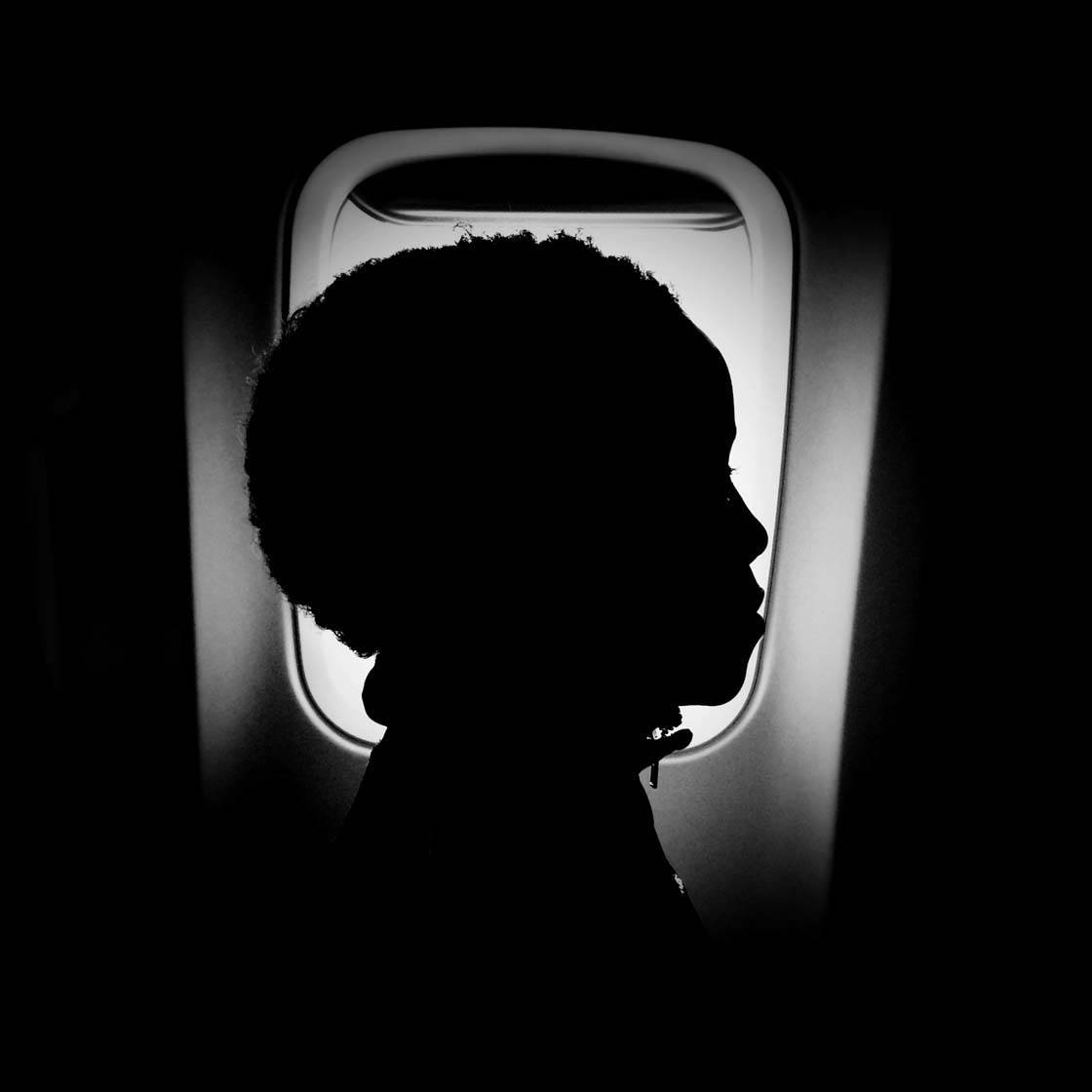 This is the dude. He lives in LA with his mother, 3000 miles away. This was taken on one of our flights as I was taking him home after his winter break from school. Though this is only a silhouette, I can see all of him in this photo. 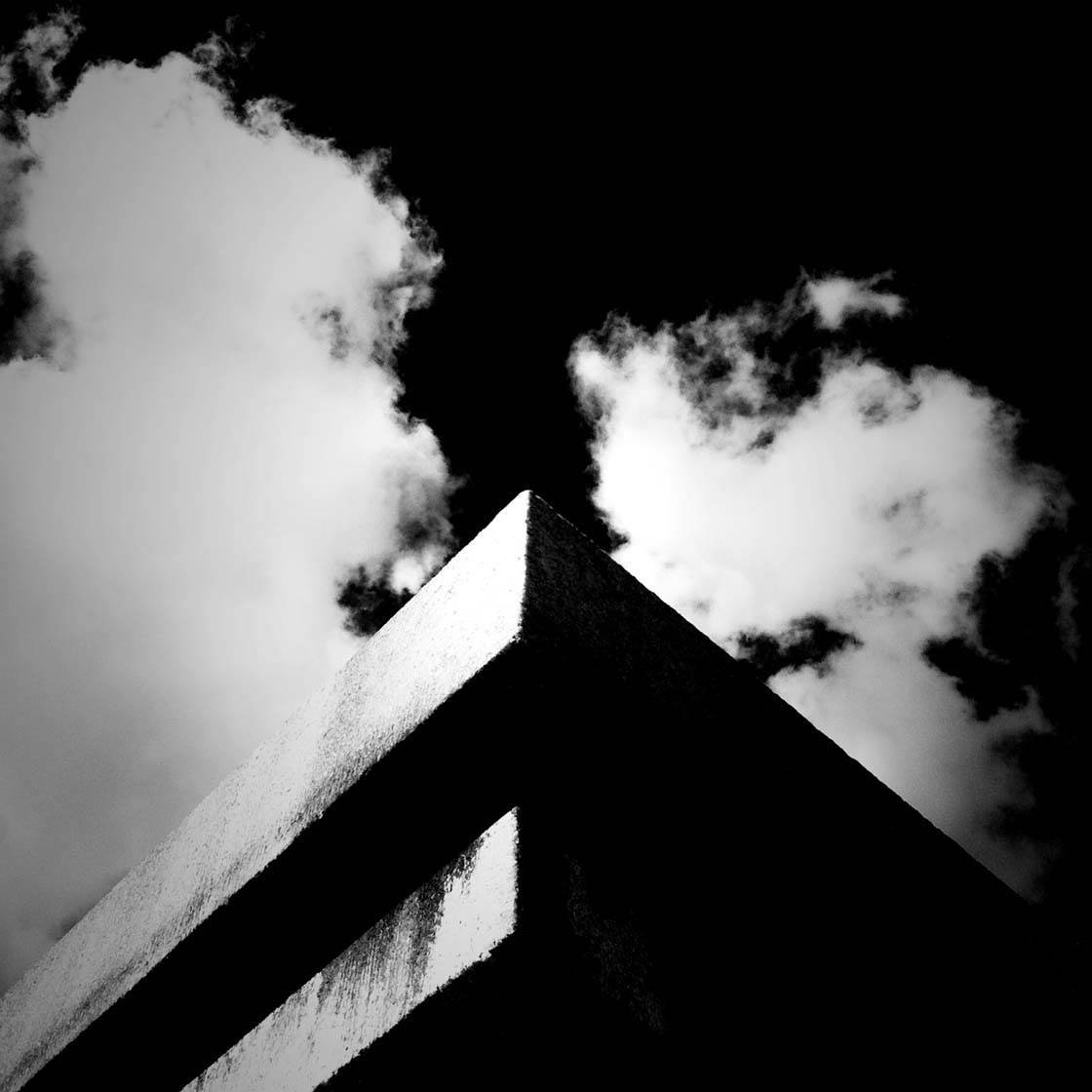 This was one of the very first photos I took with OldCamera. It was the one that made this app the one and only, and moved it into the main home screen dock. The contrast spoke to me and really unlocked a new photographic path.

The black sky that came from one of the bluest days I’ve ever seen was mind blowing.

What tips do you have for beginner iPhone photographers who want to start taking creative photos with the iPhone?

Have a point of view, and find compelling ways to consistently express it. 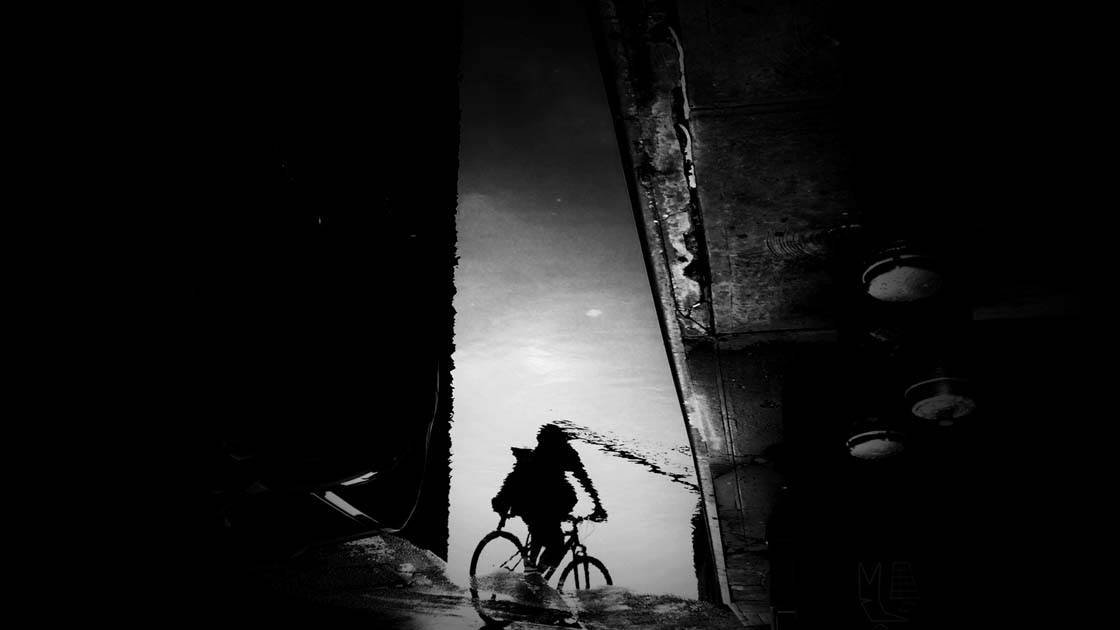 The storage capacity of these devices makes us feel like we can shoot everything and edit from there, but try only shooting the things that advance your vision for a while.

Be a curator before, during and after the shot. It will rapidly advance the individuality and interestingness found in your images.

Sadly, it’s really hard to say anymore. Every time I go to an Instagram meetup I meet great photographers, but I rarely see people shooting with their iPhones.

So there are a lot of photographers that I admire, but only a few that I know for certain are dedicated to featuring only their iPhone work on Instagram, such as Pei Ketron, Darko Labor, Jose Cabaco, Christina Andersen, @uptowneastnyc, and of course Ben Lowy. 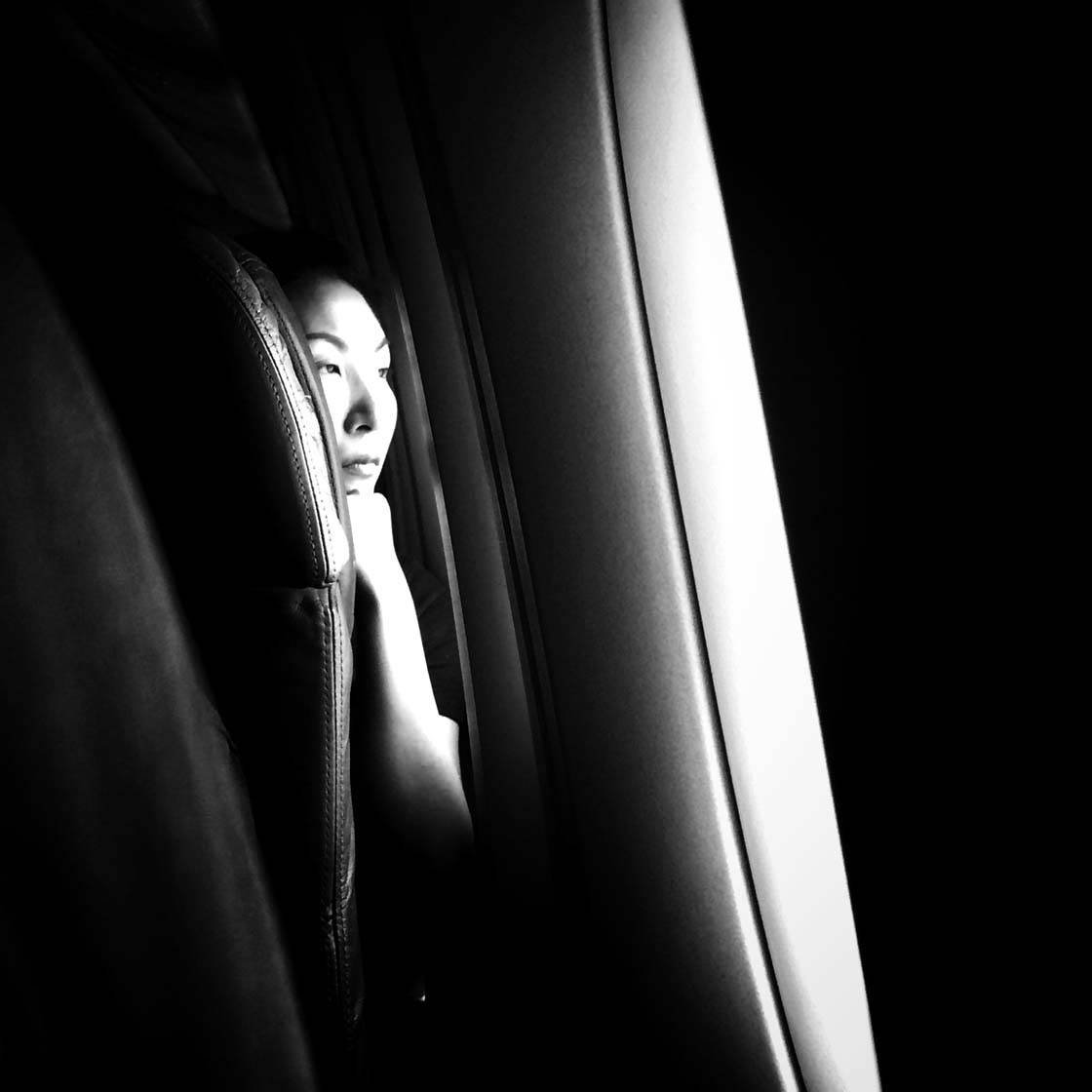 You can see my iPhone photos on Instagram, and a selection is also featured in the “Airplane Mode” section of my website. 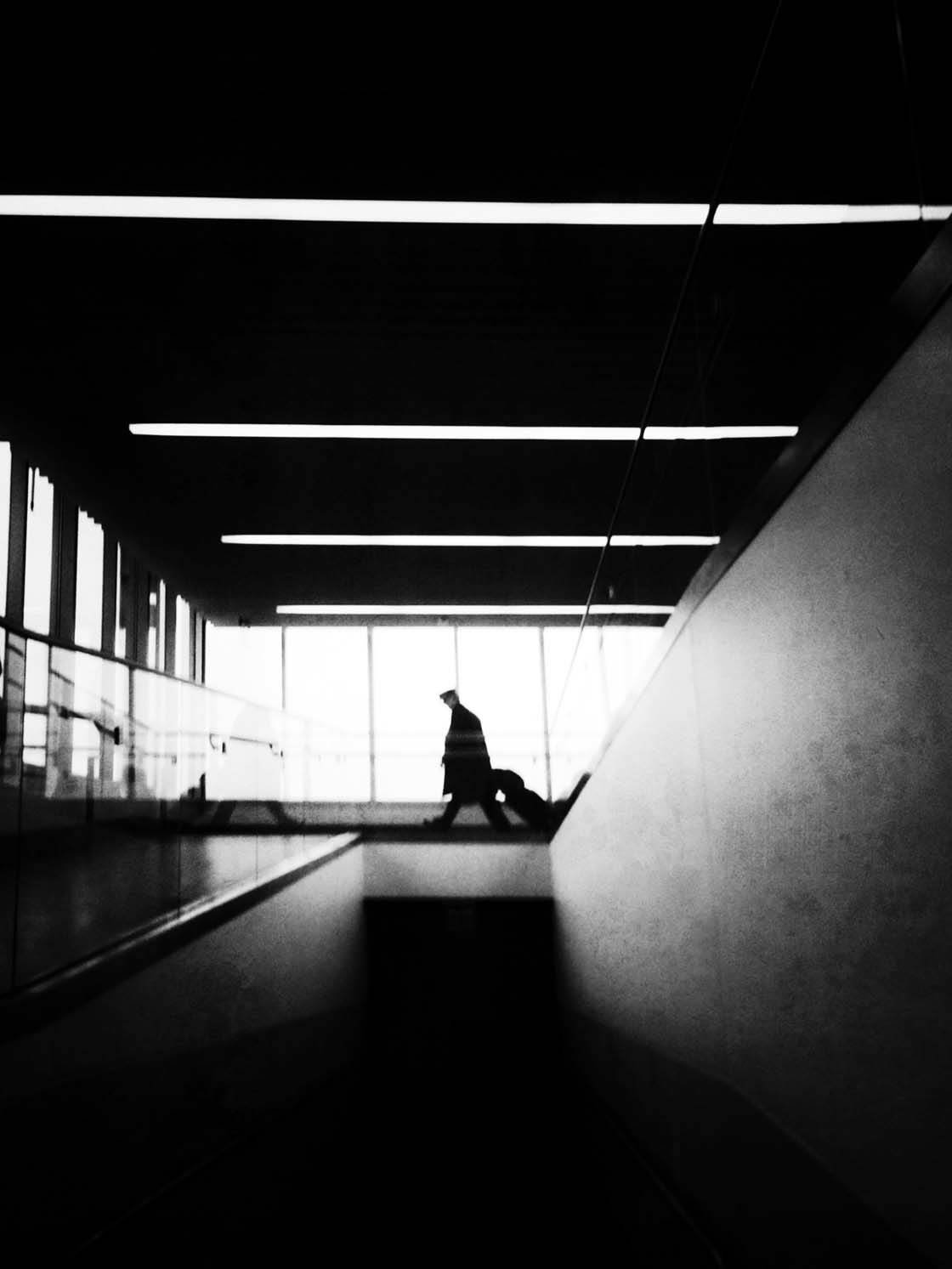