If you want to make your iPhone photos more interesting and meaningful, you should definitely try using “frames” within your composition. By framing the subject with another object in the scene, you can create striking compositions that really draw the viewer into your image. In this tutorial you’ll discover how to use framing composition techniques to create more compelling photos with your iPhone. 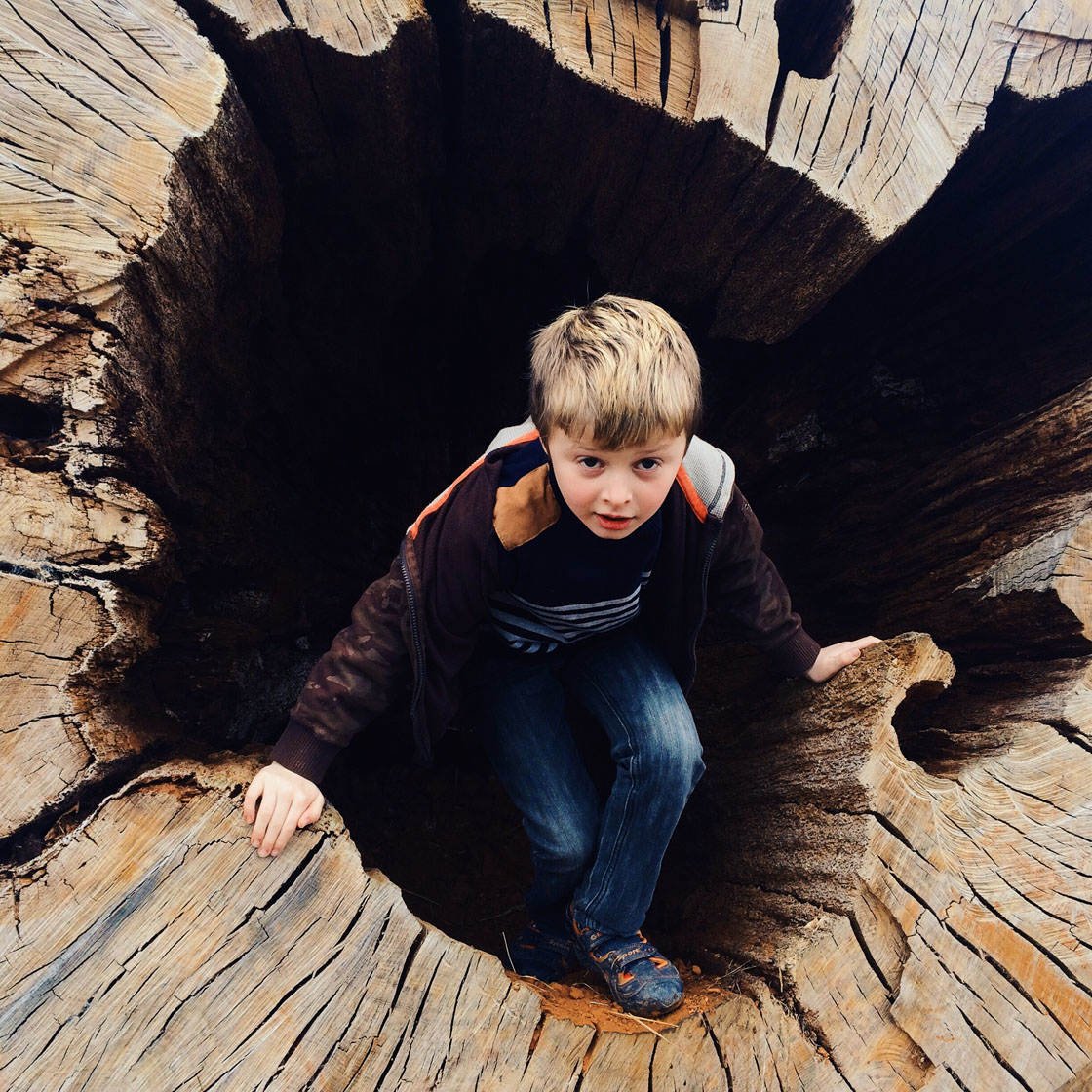 1. Search The Scene For Framing Objects

A framing object refers to anything in the scene that can be used to form a visual frame around the subject or focal point.

Frames will add wonderful visual interest to an image, as well as context and depth. They’re also perfect for drawing the viewer’s eye into the scene toward the focal point.

A frame can go around all four edges of the composition, or it might just creep around one or two edges of the scene. 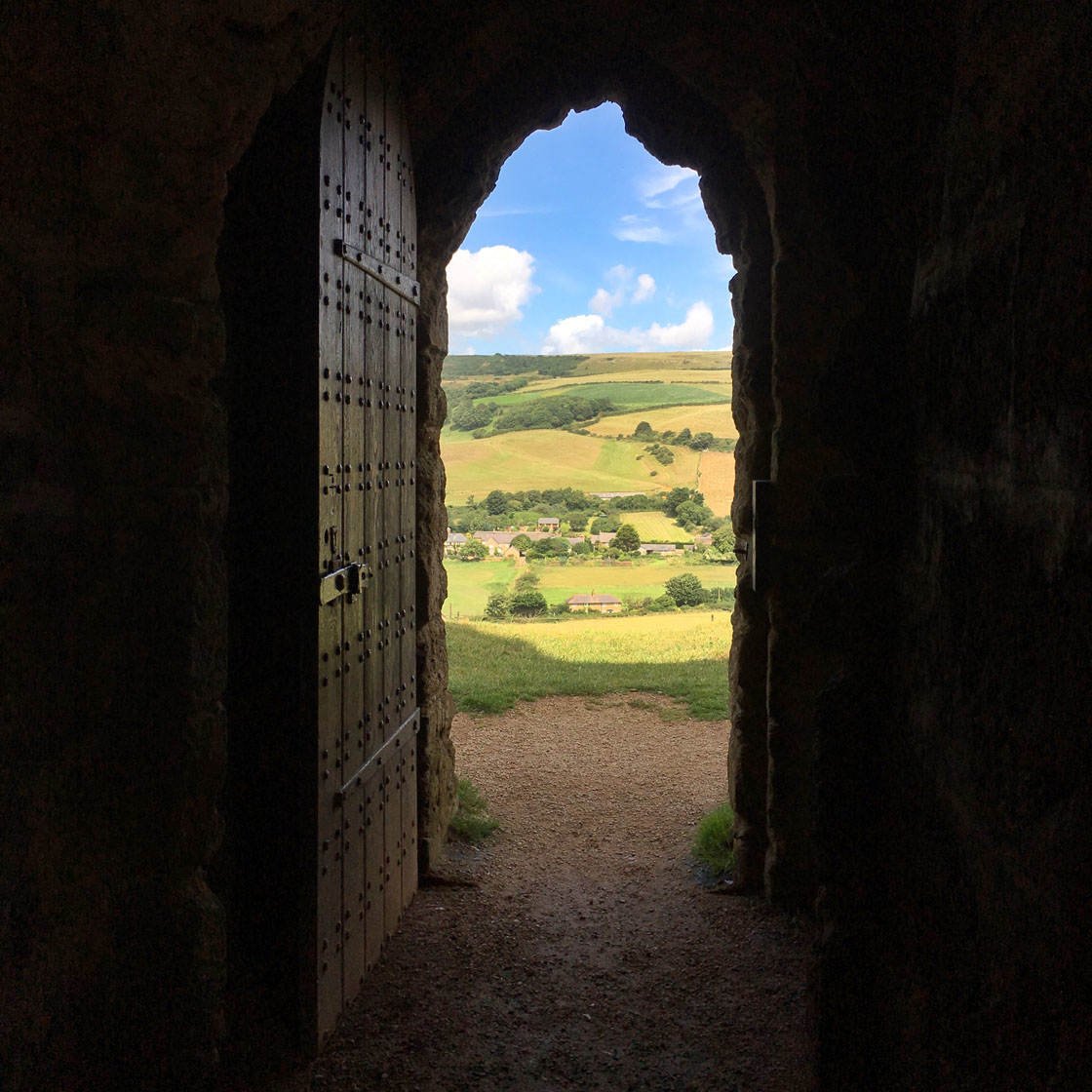 Whenever you’re taking photos with your iPhone, take a few moments to explore the location. Is there anything that you could use as a frame within your composition? 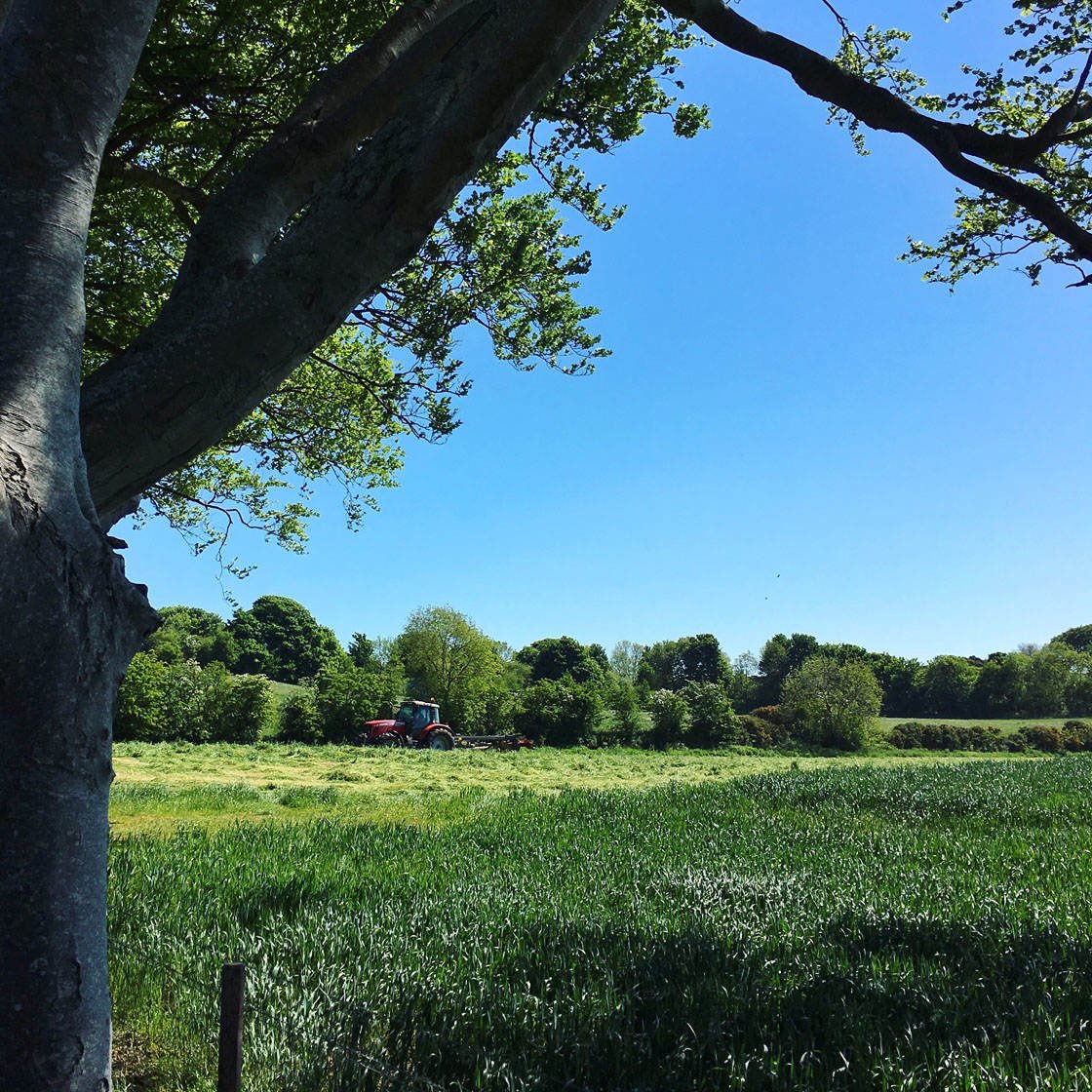 The simple act of taking a few steps back, or changing your shooting position and viewpoint, can result in you being able to include a framing object in your photo.

A framing object is typically something in the foreground that you shoot through, such as an open window or an archway.

But you can also use background elements as a frame, such as the trees behind the people in the photo below.

You can even make use of the contrast between light and shade to create a frame.

In the photo below, the silhouetted hill and the dark clouds create a frame around the main subjects in the brighter area of the scene. 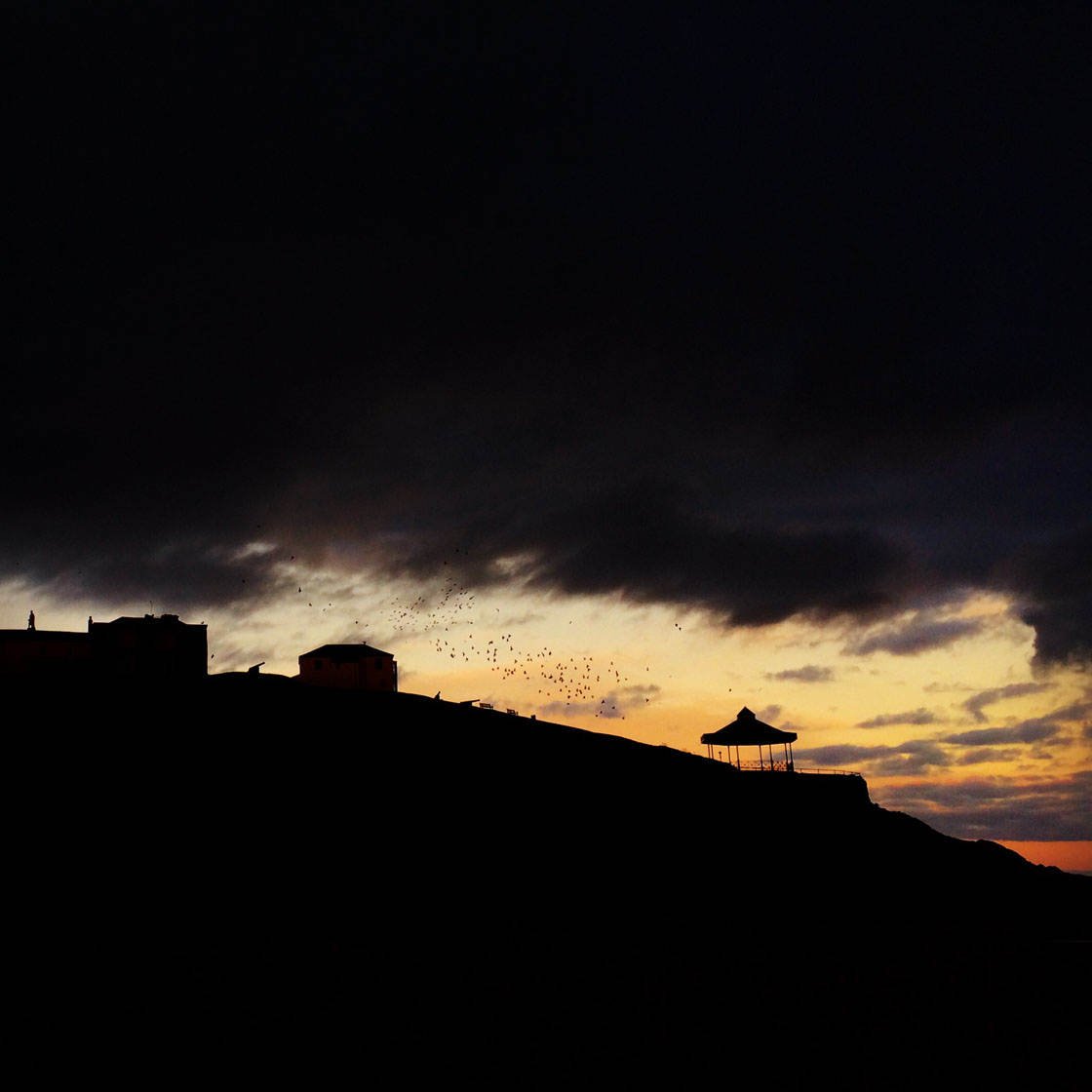 Let’s now explore a range of different ways that you can use frames to create powerful and interesting compositions.

2. Shoot Through A Frame To Add Context & Storytelling

One of the main benefits of using frames is that they add context to your photo.

By including the framing object in the foreground, you’re able to give the viewer extra information about the scene. 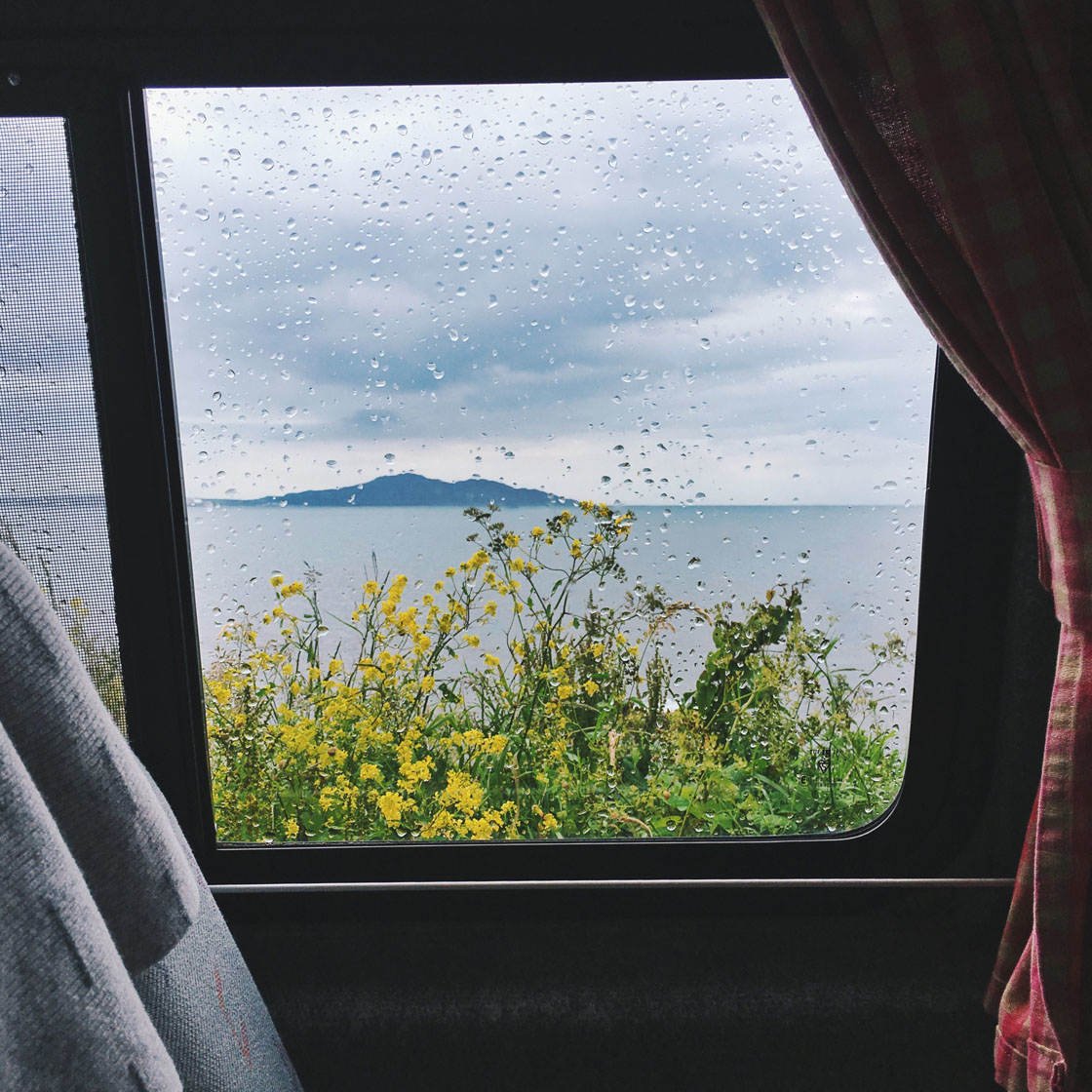 Frames provide your audience with an insight into the immediate surroundings of your location. They tell the viewer exactly where you were standing when you took the photo.

This can add a wonderful storytelling element to your photo. It will often intrigue the viewer and evoke emotions that help them connect to your image. 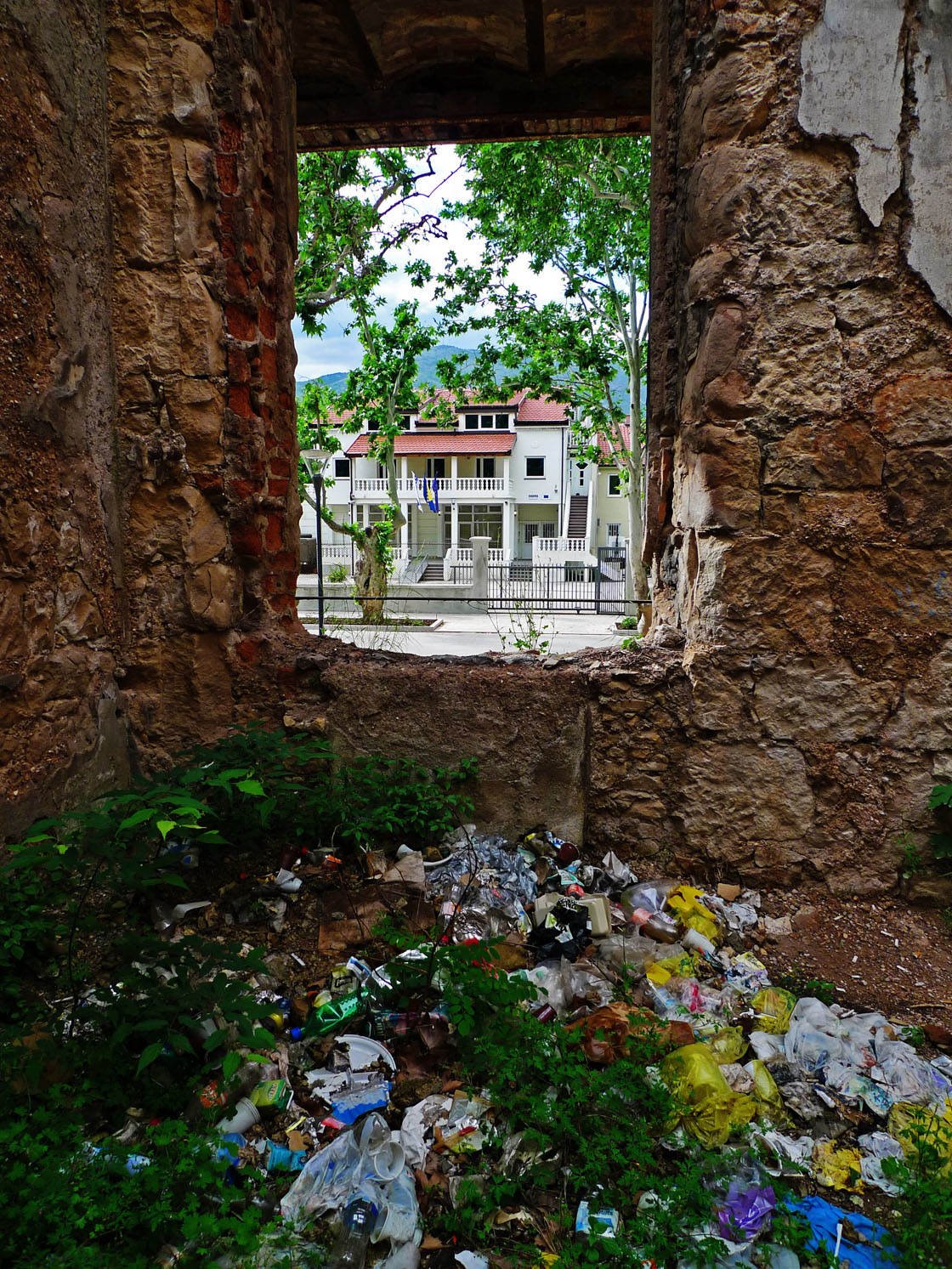 In the photo above, I shot through a window of an old abandoned building that was full of discarded items and litter.

This allowed me to tell an interesting story about the juxtaposition of the very different buildings on this street. 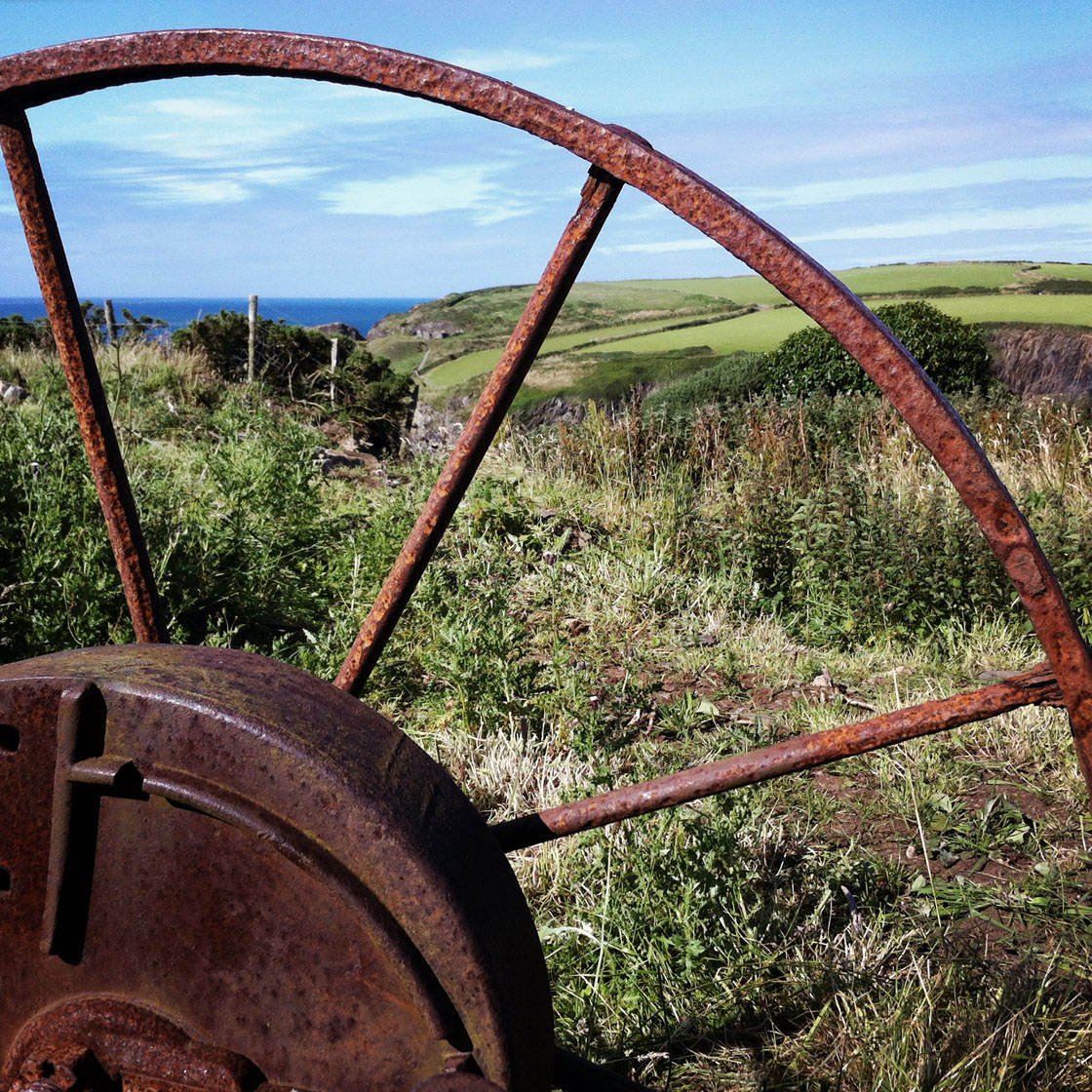 When you spot a subject or location that you’d like to photograph, see if you can find a vantage point that allows you to shoot through a frame.

Try to use your surroundings to tell a little story about the location. 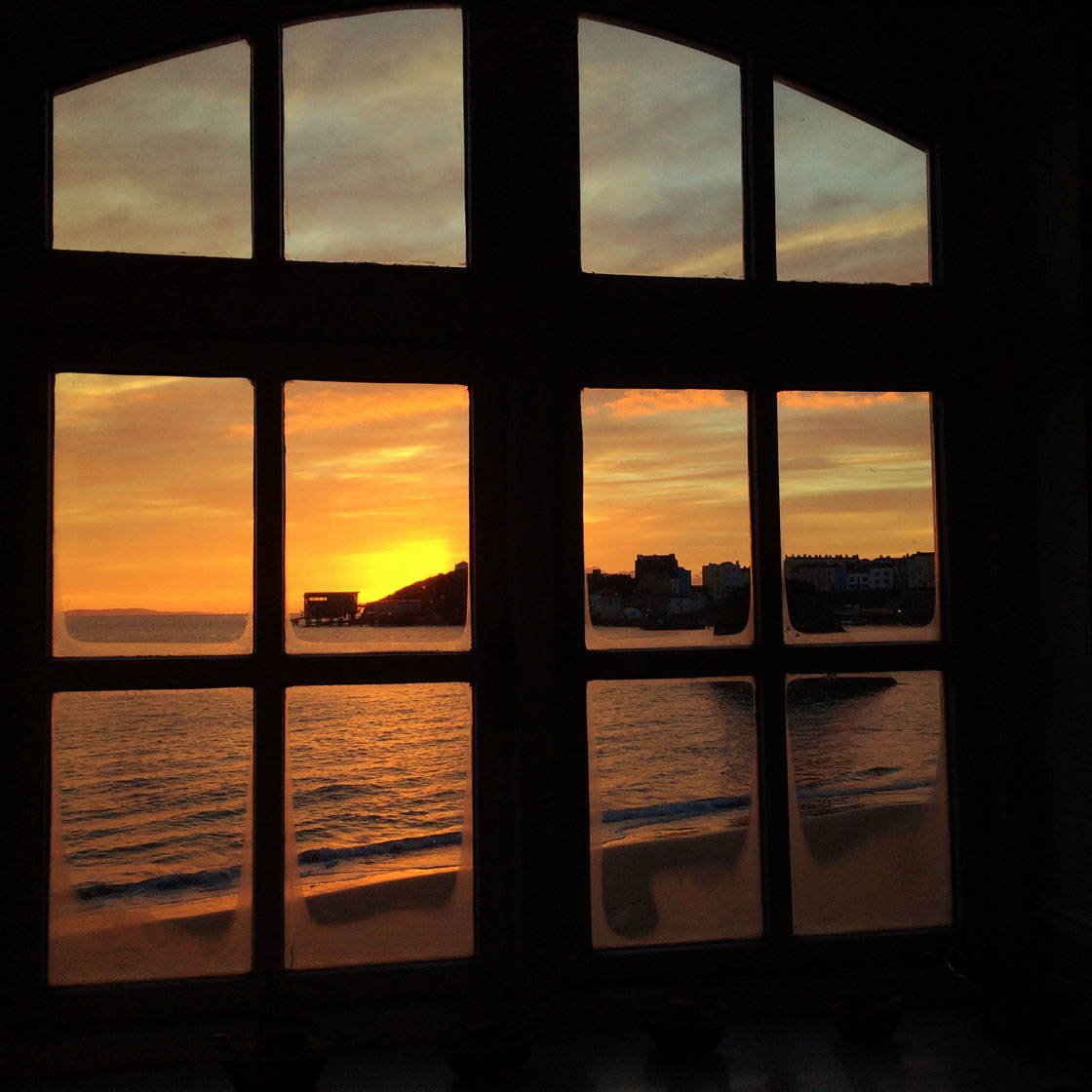 It doesn’t have to be a complex story. Just the fact that you were shooting a beautiful sunset from the comfort of indoors can be enough to add an interesting angle to your image.

3. Draw Attention To Your Focal Point

Frames are wonderful compositional elements for drawing attention to your main subject or focal point.

Surrounding your subject with a frame helps to draw the viewer’s eye into or through the frame, directly to your point of interest.

This is especially useful when your subject is relatively small within the scene. It prevents them from becoming lost among their surroundings. 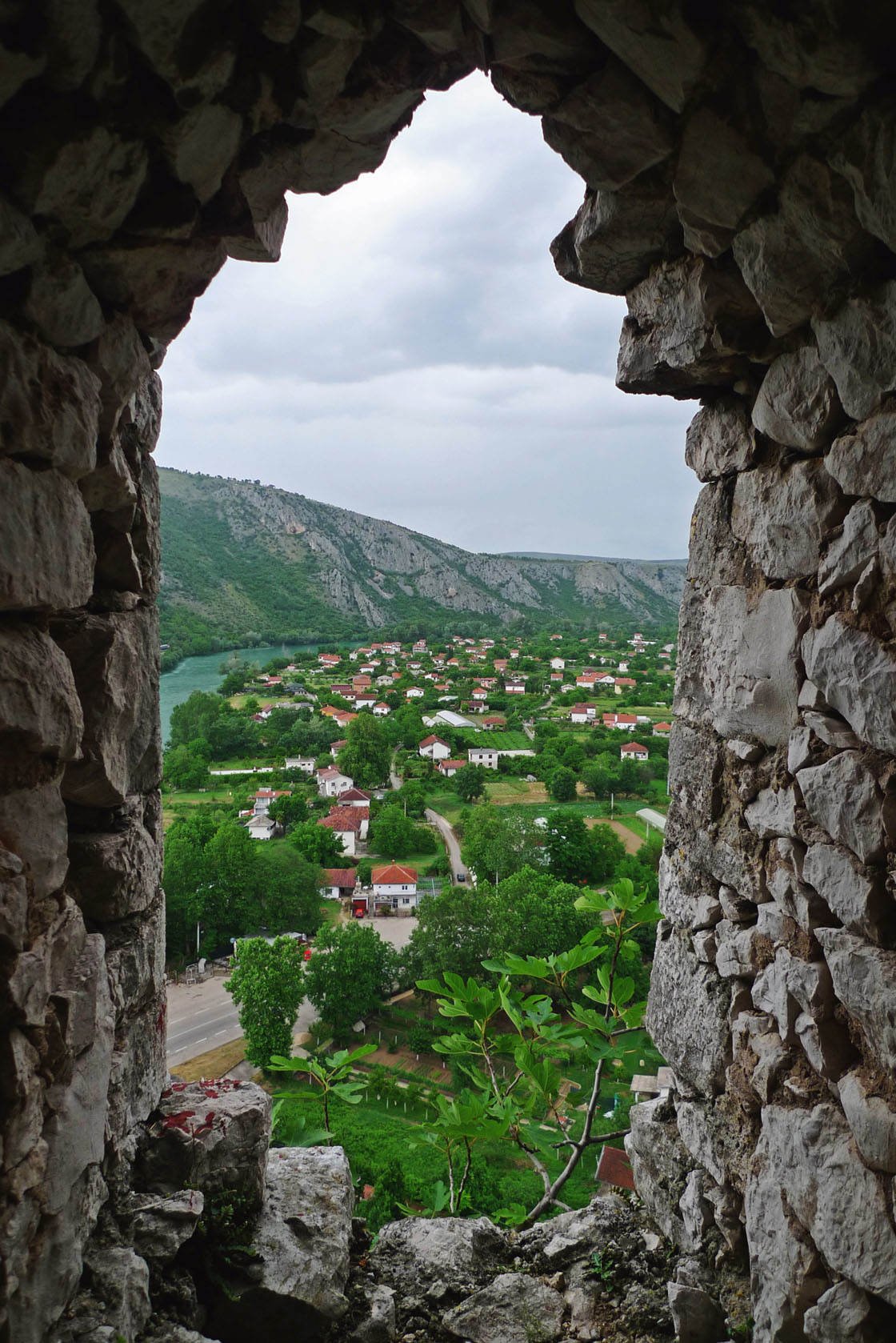 Not only does the frame obscure some of the busy or empty surroundings, but it essentially tells the viewer where to look.

If you’re shooting street photos or taking candid shots of people in a landscape, keep in mind that you won’t have any control over where those people appear within the scene. 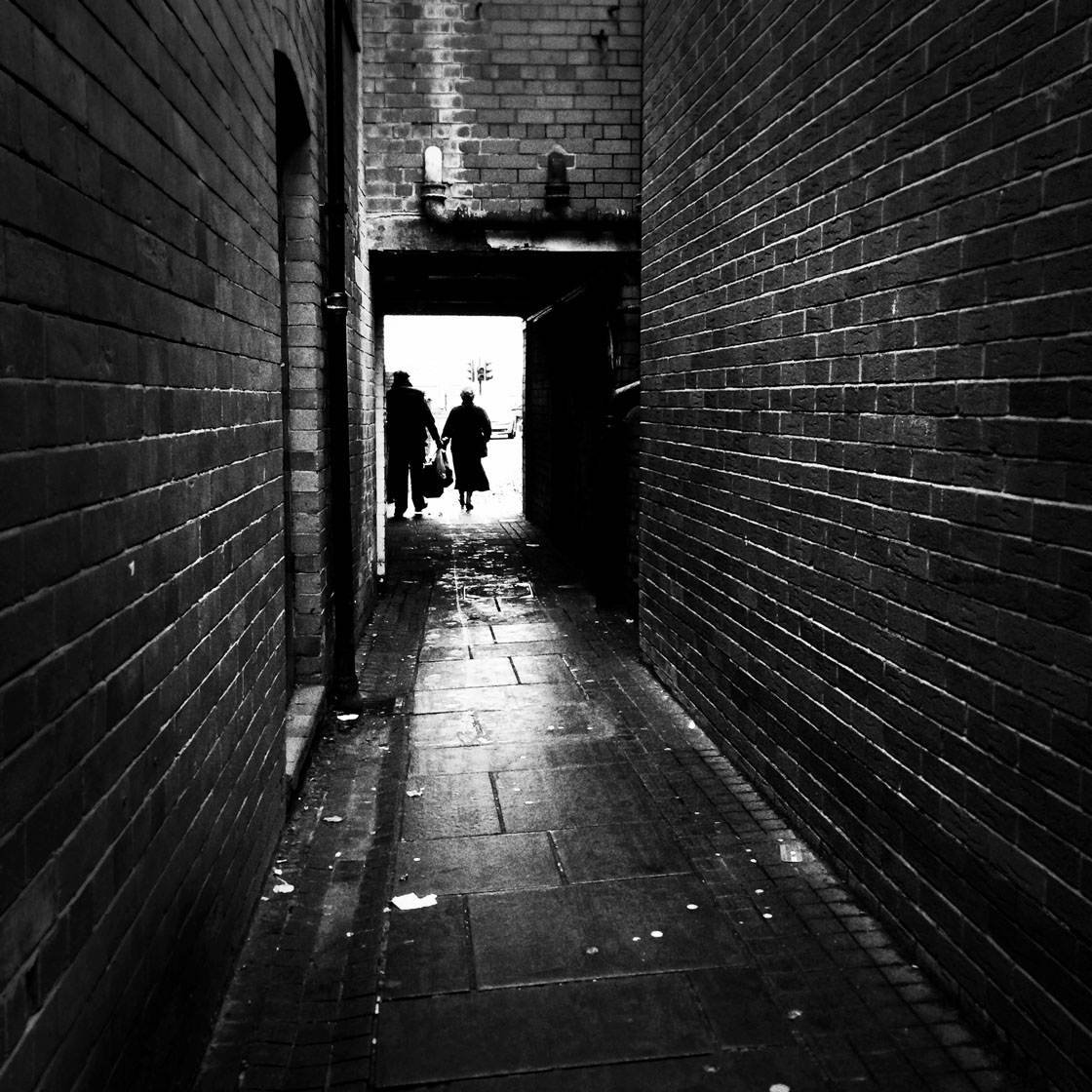 So be prepared by composing your shot, and setting focus and exposure in advance. Then just wait for someone interesting to walk into the frame.

Remember that frames don’t always have to be foreground objects that you shoot through. They can also be elements in the background or next to the subject. 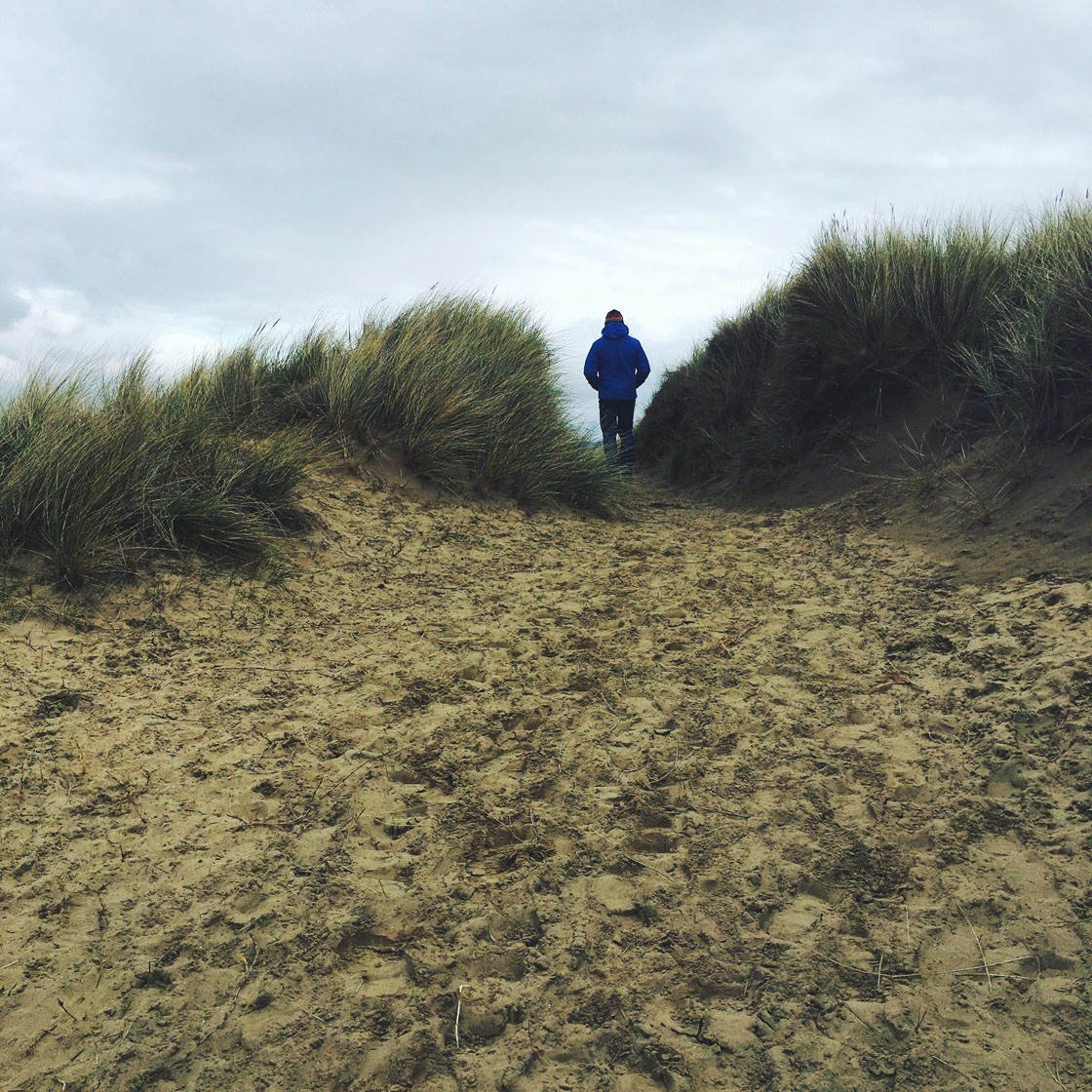 When I shot this photo, I waited until the man was right in the gap between the two sand dunes, so that they formed a frame around him.

Another reason to use frames is that they add wonderful visual interest to your images.

The intricate detail of overhanging leaves and branches can add a really beautiful element to a photo. 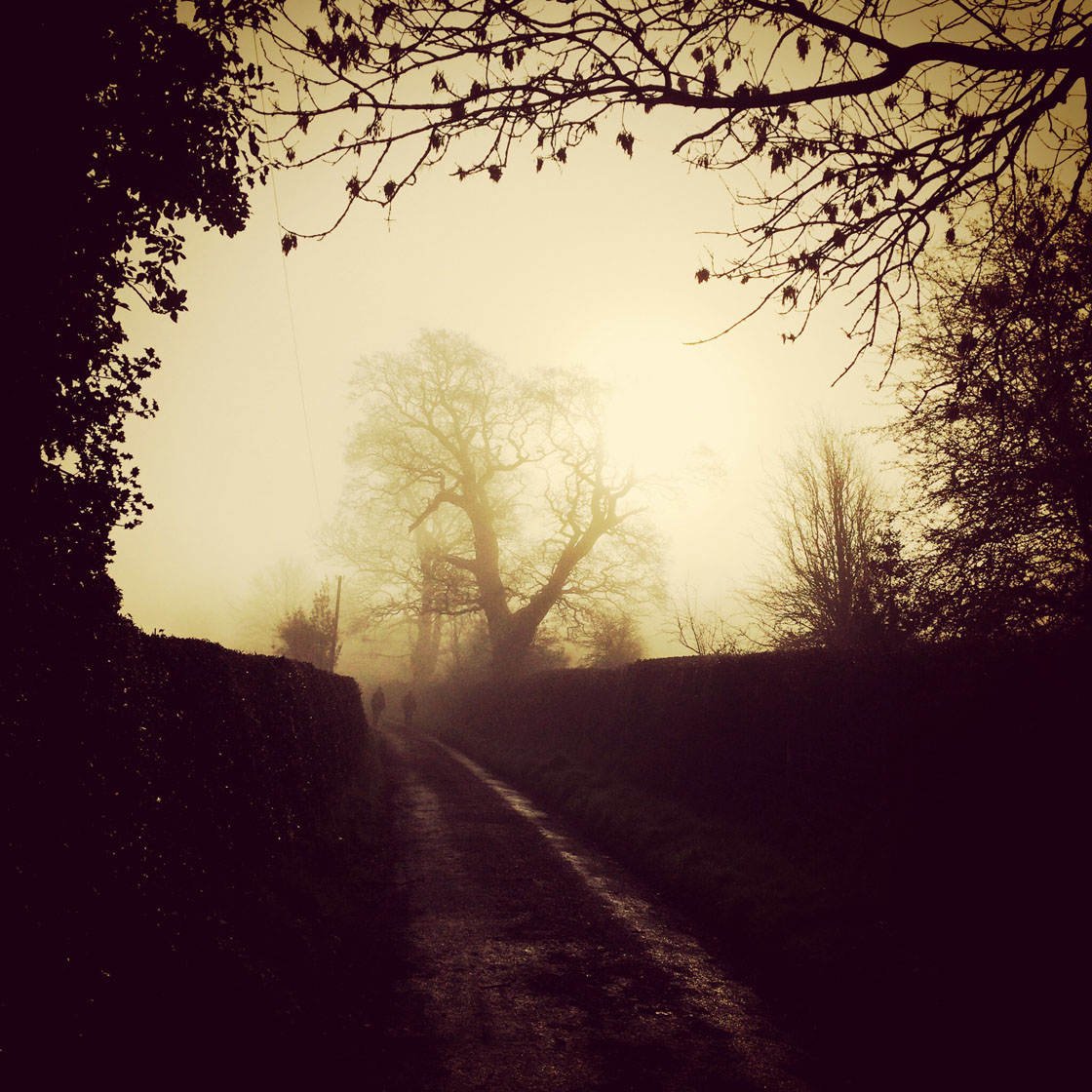 Sometimes the frame might even be more visually interesting than the rest of the scene.

In the photo below the brick wall in the foreground is just as important, if not more interesting, than the scene though the archway. 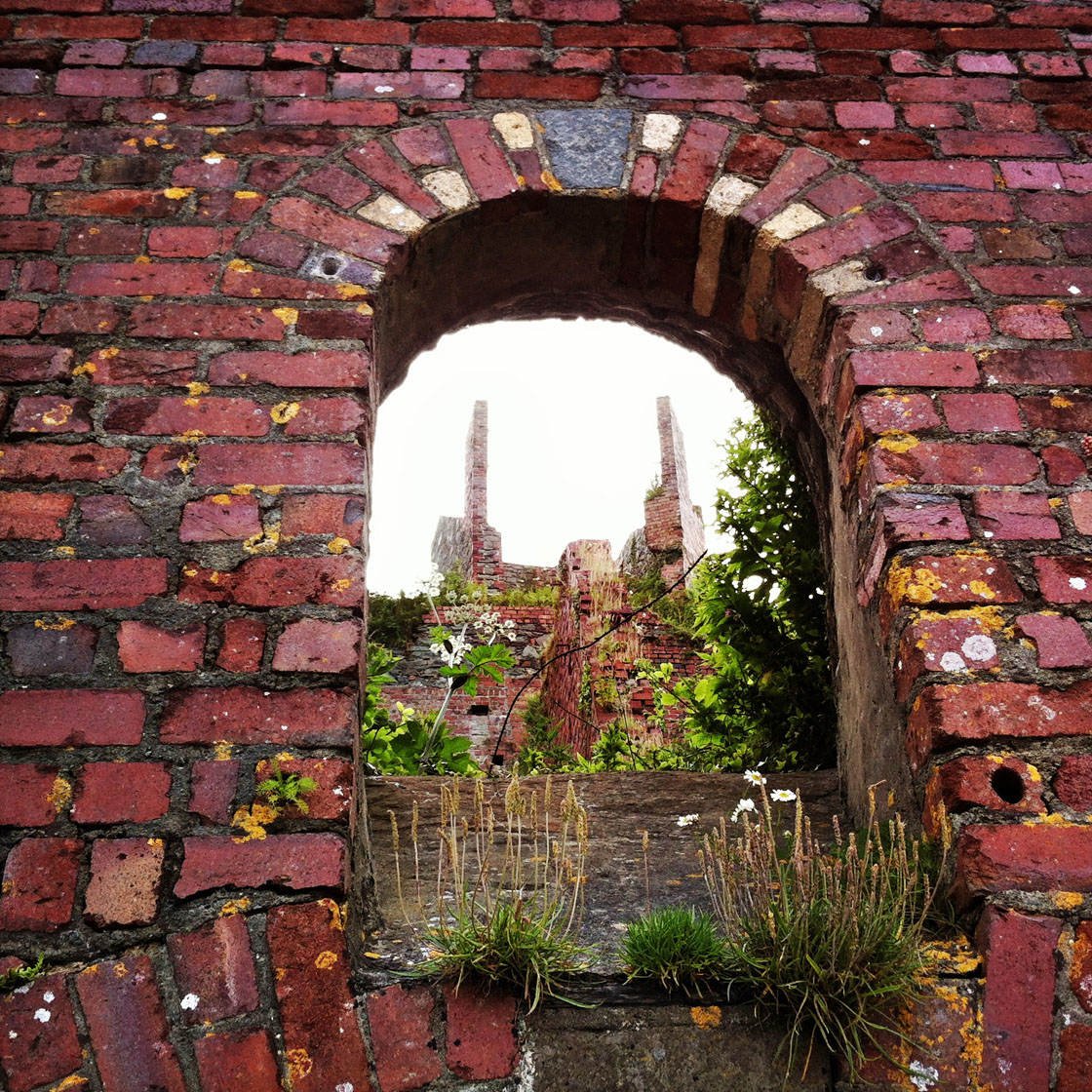 Frames are also a great option when you’re shooting landscapes that don’t have any major points of interest.

In the scene below, it was the colors of the landscape that caught my attention – vivid yellows, greens and blues. But when I started taking photos it didn’t look that interesting as there wasn’t anything in the scene to act as a main subject. 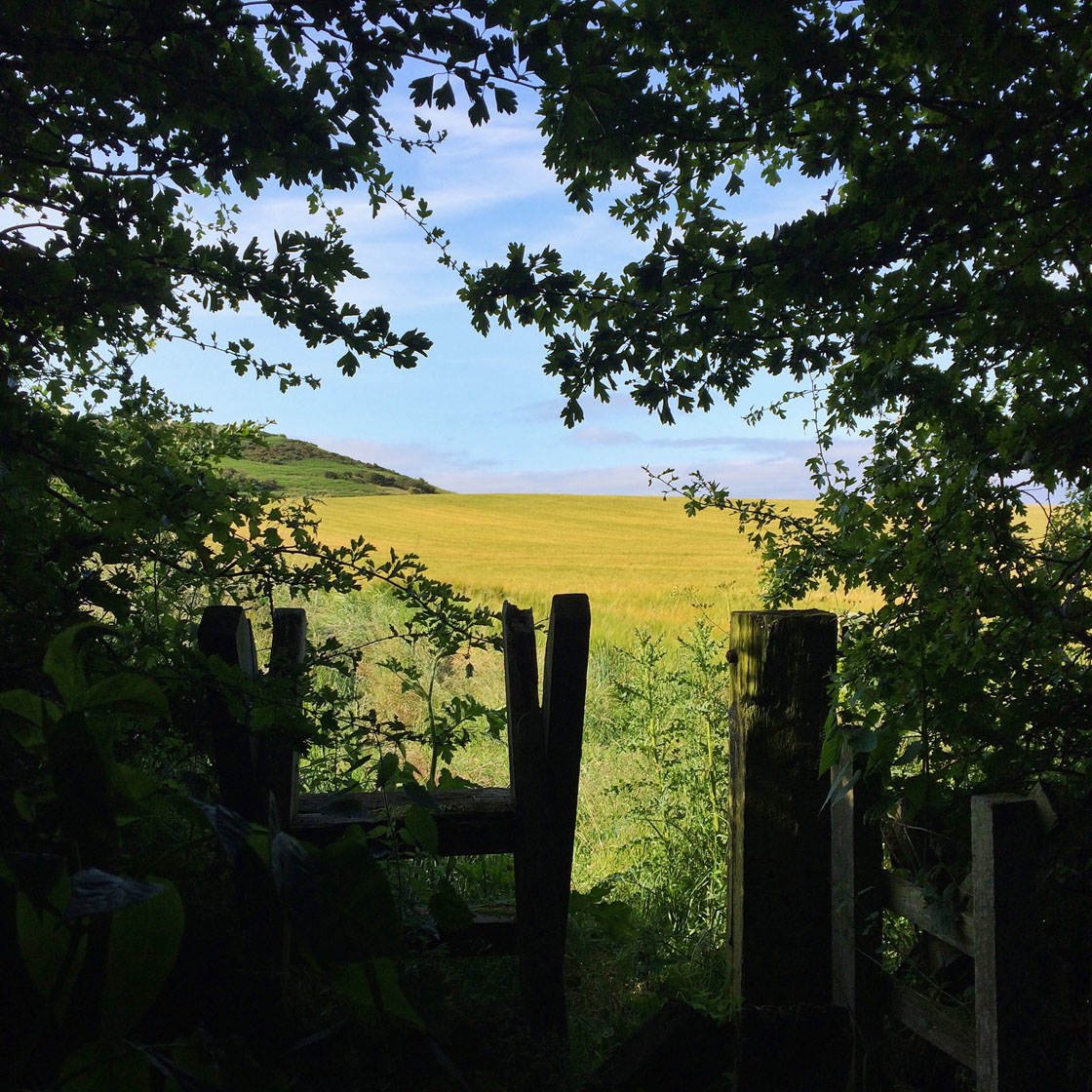 It was only when I stepped out of the field and used this gap in the hedge as a frame that the image came to life.

Whenever you’re taking photos of wide open scenes, look around for low-hanging tree branches or other objects that you can use as a frame. 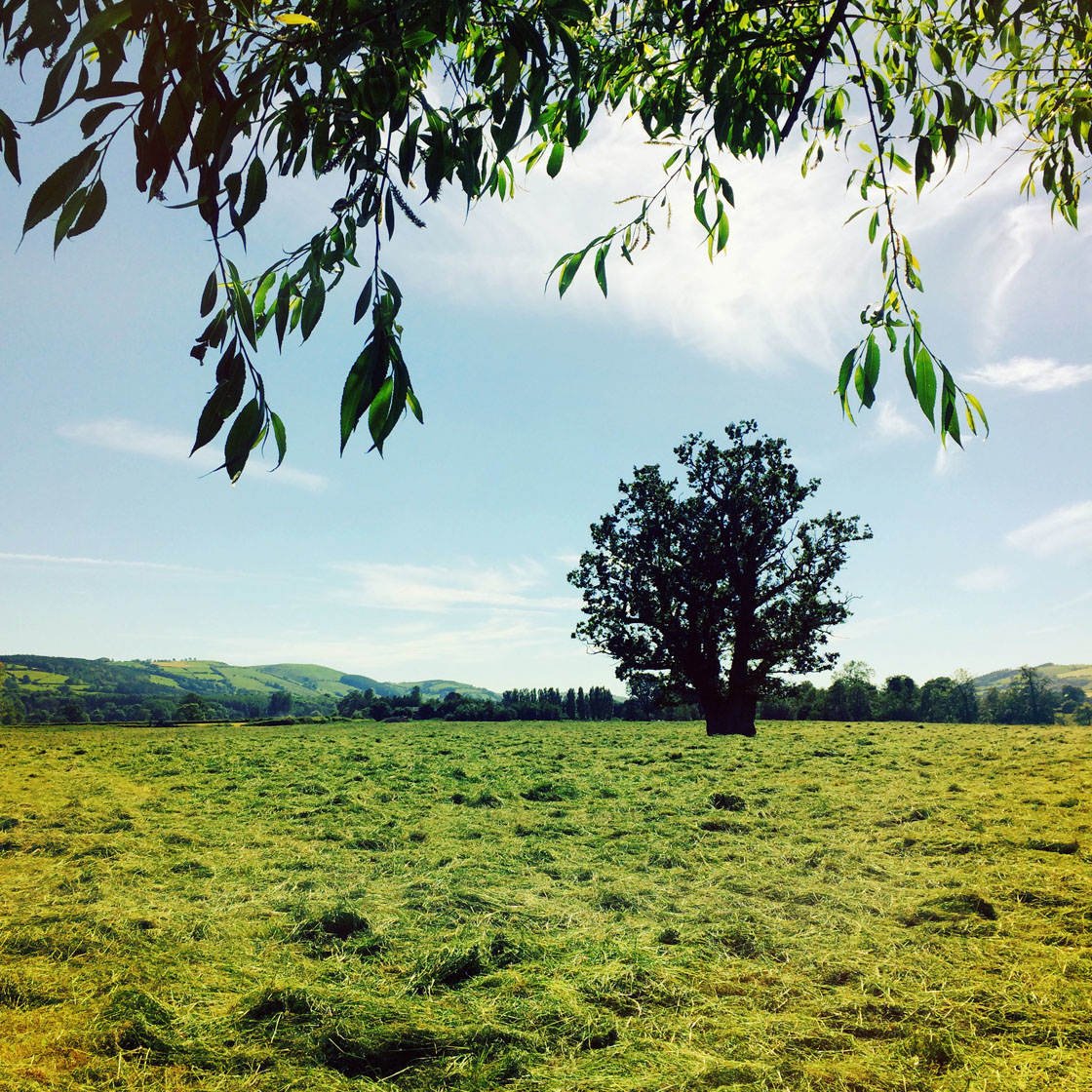 Often you just need to take a few steps back so that you’re standing beneath a tree, and you’ll be able to create far more interesting landscape photos.

5. Use Frames In Portrait Photos

The use of frames isn’t just limited to landscape and street photography. They also make wonderful compositional elements in portrait photos of people and animals. 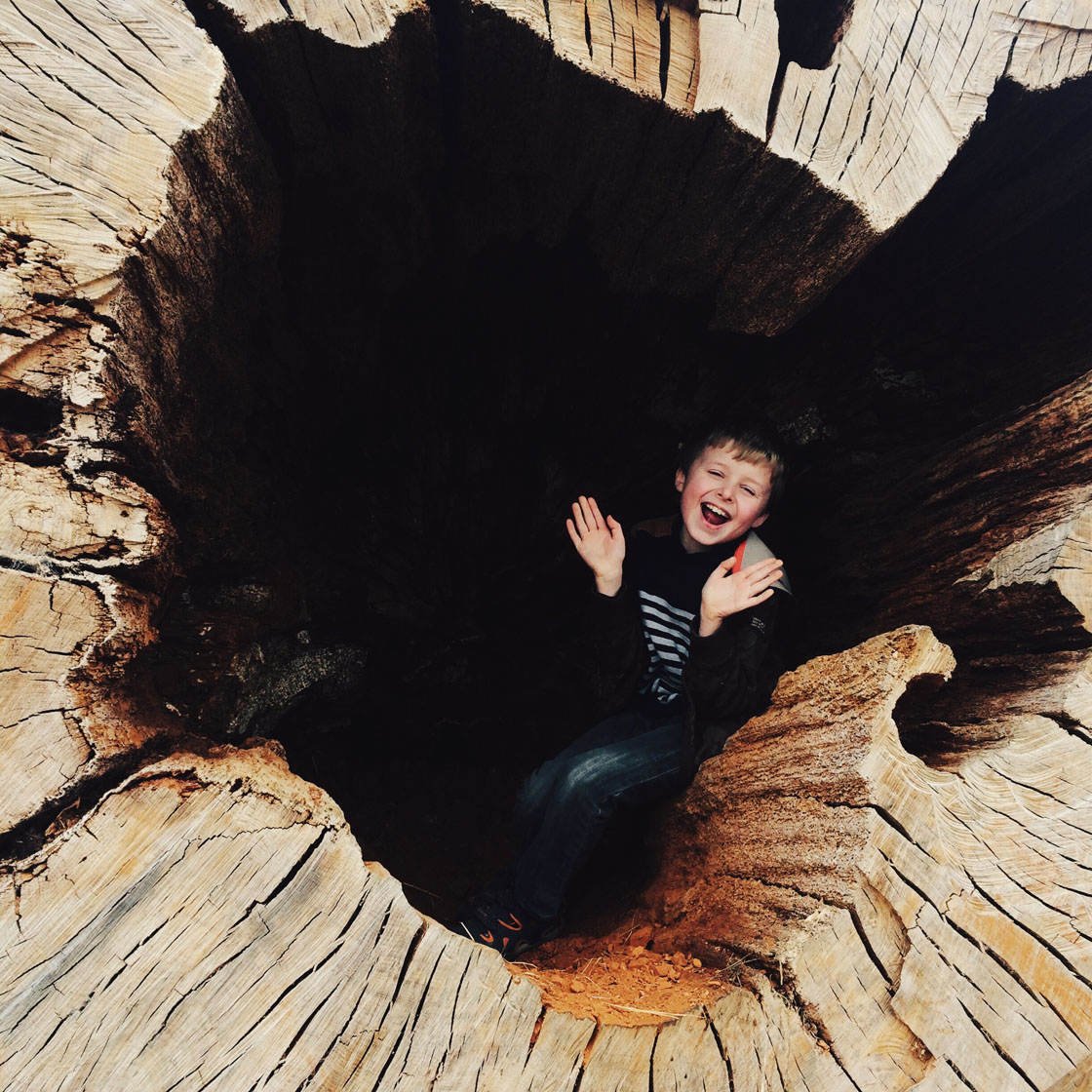 Whenever you’re shooting posed portraits, take a look at your surroundings to see if there’s anything interesting that you could use as a frame.

Ask your subject to sit or stand within the frame, then compose your shot so that the frame “contains” the subject. This will really draw your viewer’s eye toward the subject. 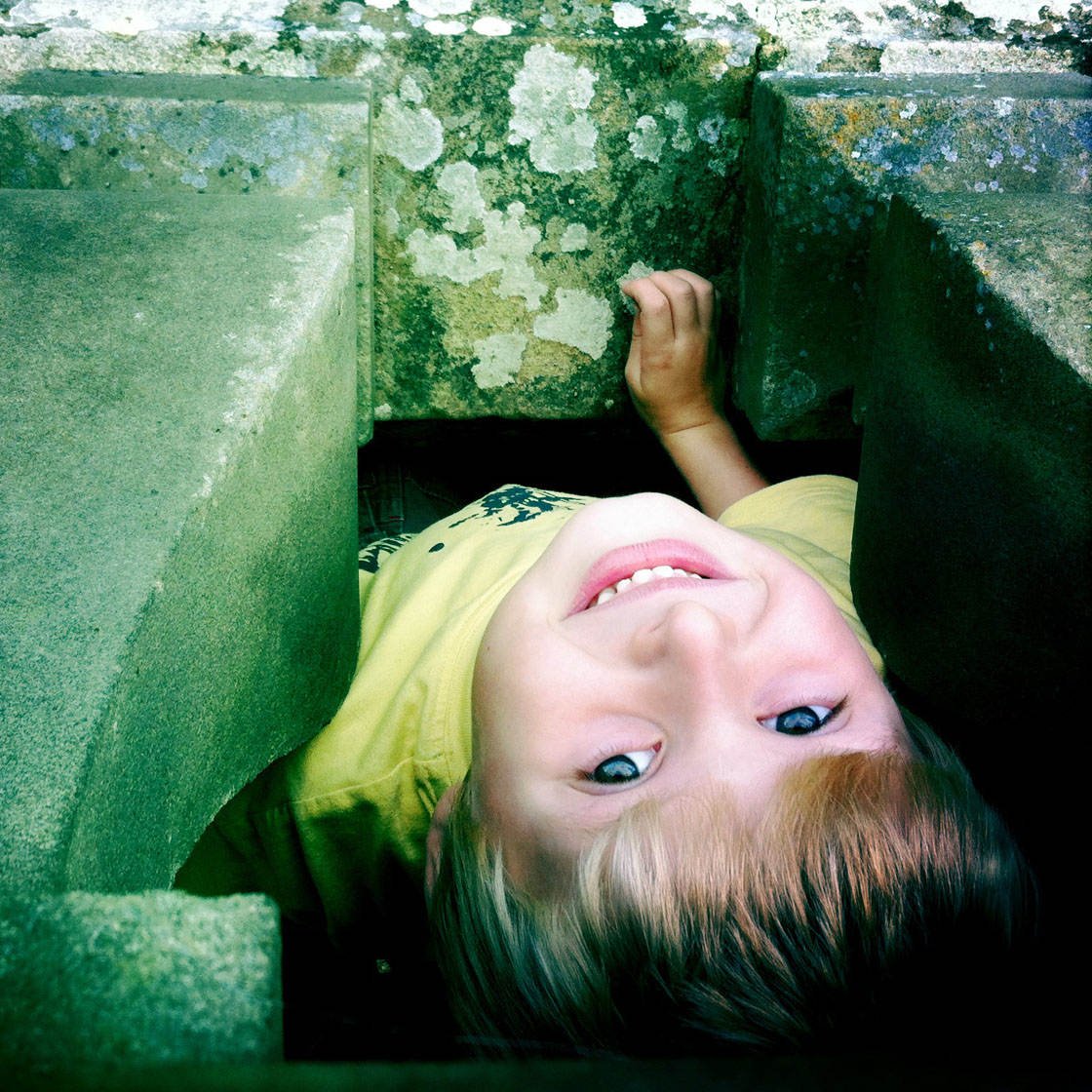 Using frames in this way will create wonderfully compelling portrait photos. The frame adds fantastic context and a storytelling element to your image.

It also creates fantastic visual interest around the edges of the frame. And it’s often far more interesting than shooting against an ordinary background. 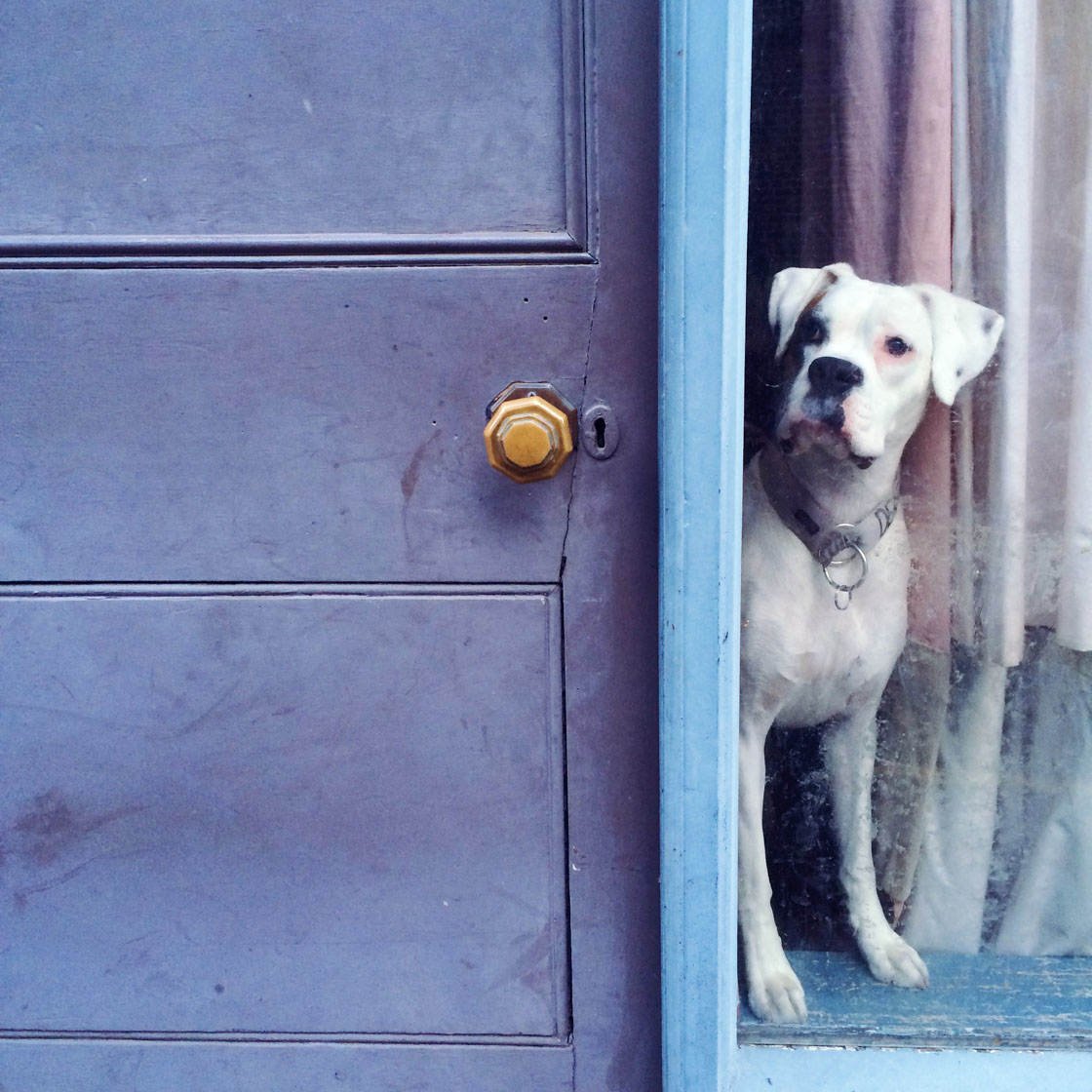 Don’t forget to look out for frames when you’re shooting candid portraits too.

Once you start looking, you’ll be surprised at how many different framing objects you can incorporate into your compositions. 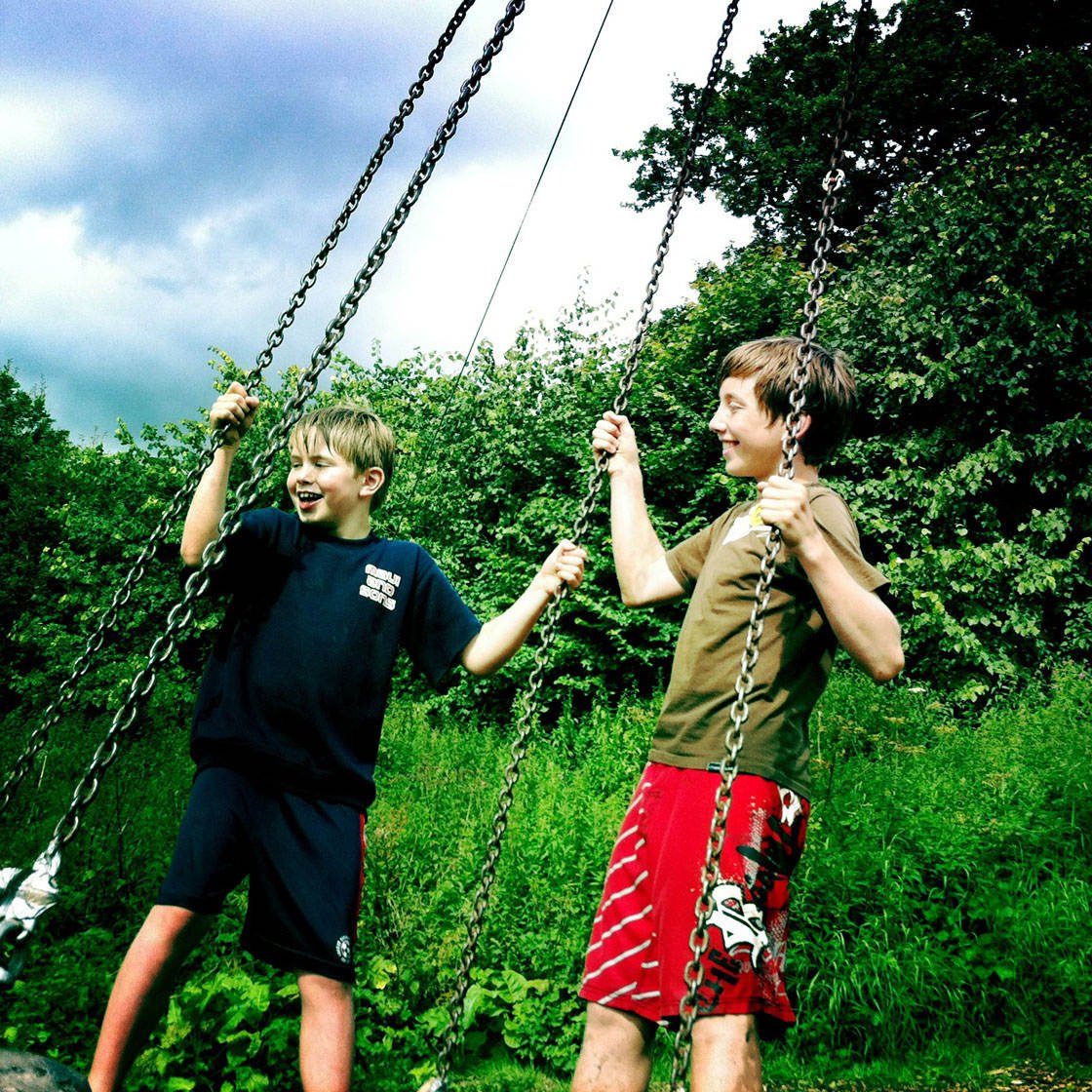 6. Include A Frame To Add Depth

Including objects in the foreground of your composition is a great way of adding depth to a scene. It helps the viewer’s eye travel from the foreground objects to the detail in the background. 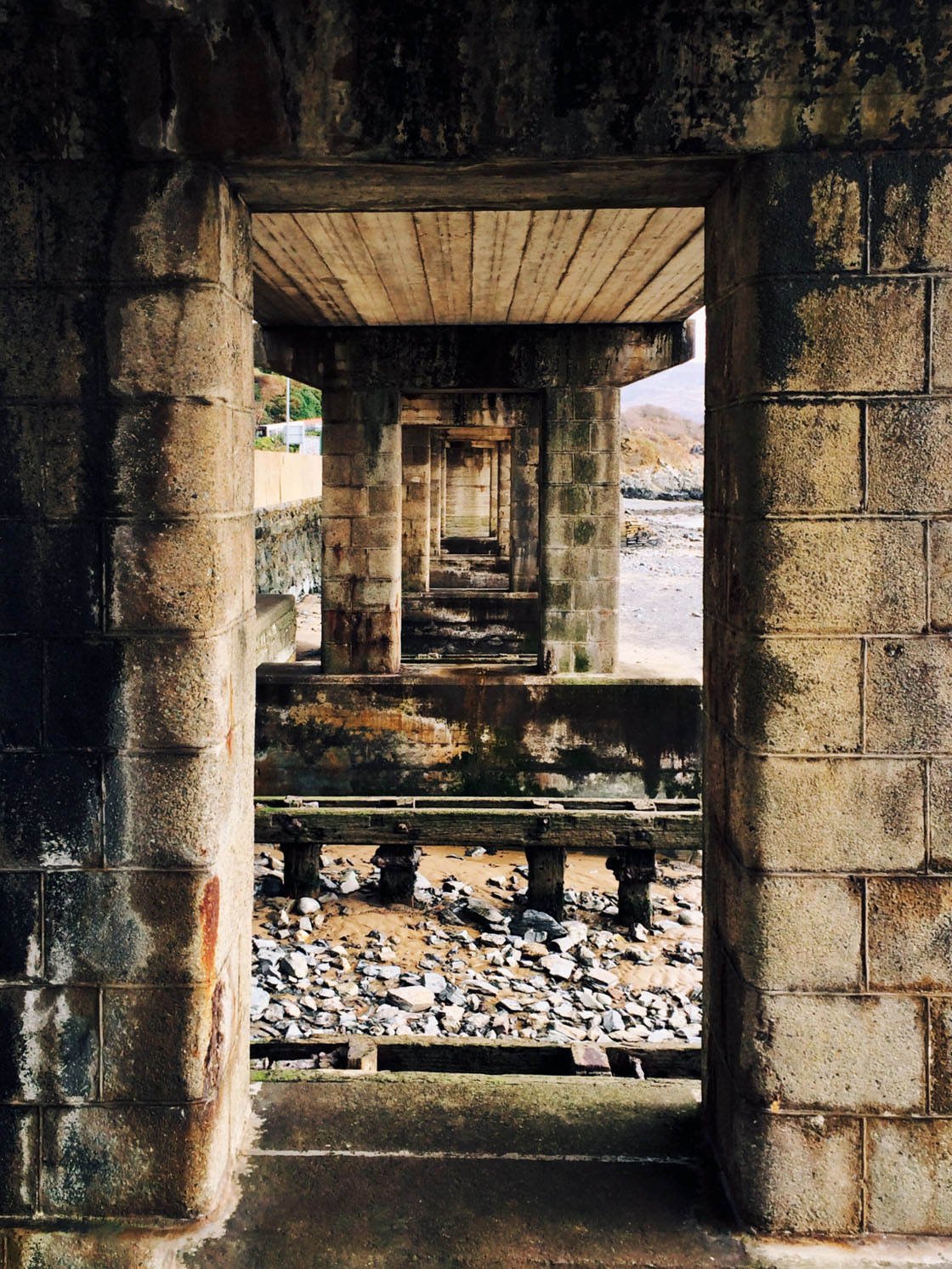 Shooting through a framing object in the foreground is an excellent way of creating a stronger sense of depth in your photos.

Using foreground interest is a composition technique that’s often used in landscape photography. It’s a simple way to enhance the sense of perspective and create greater depth in your picture. 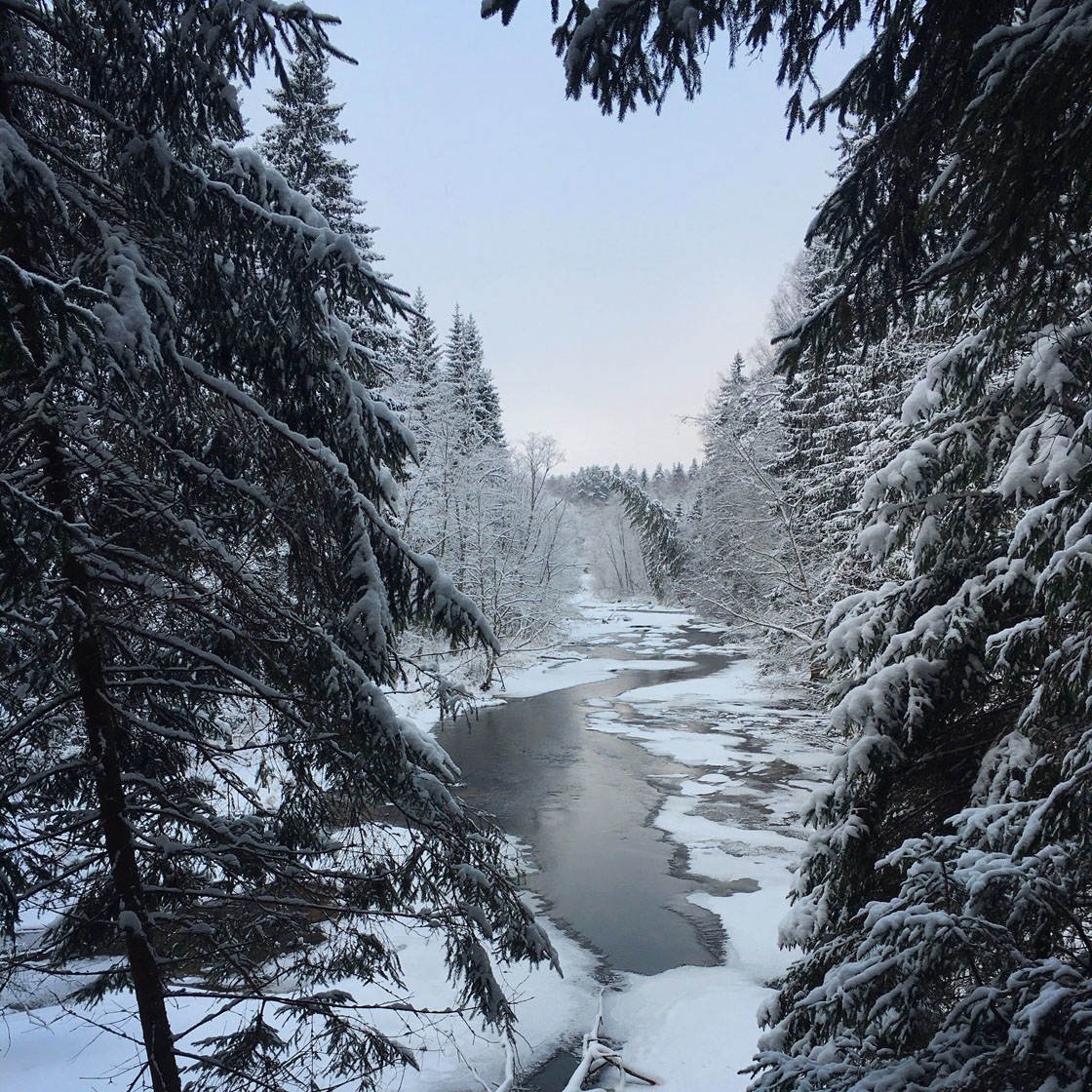 Try using tree branches, a gap in the hedge, an open gateway, or windows in an old abandoned building. You could even shoot through the window of your car.

This technique will really make the viewer feel like they’re right there in the picture, peeping through the frame to the scene beyond. 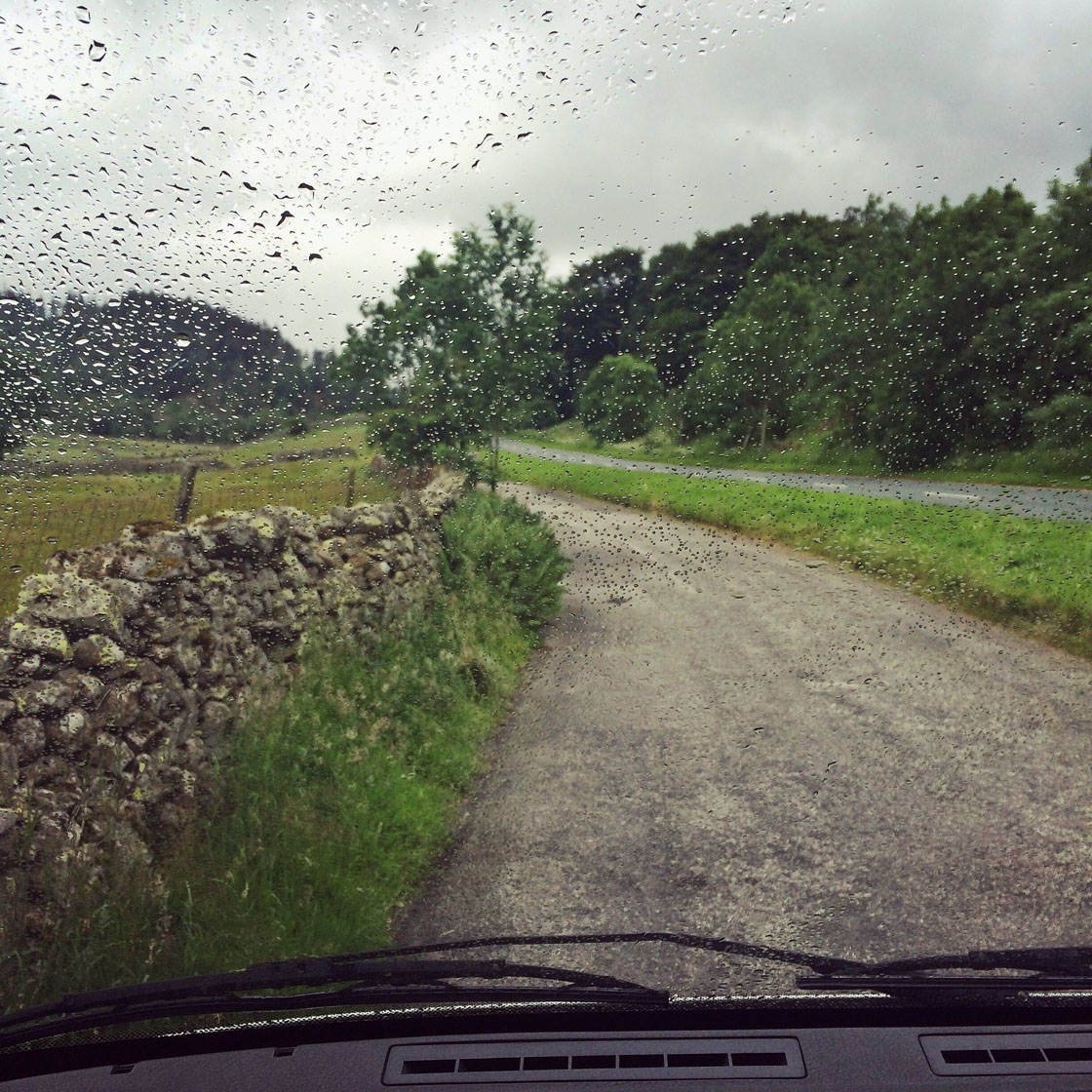 Whenever you’re shooting through frames, always think carefully about which part of the scene you want in sharp focus.

Setting the focus point in your camera app is especially important if the framing object is close to the camera. 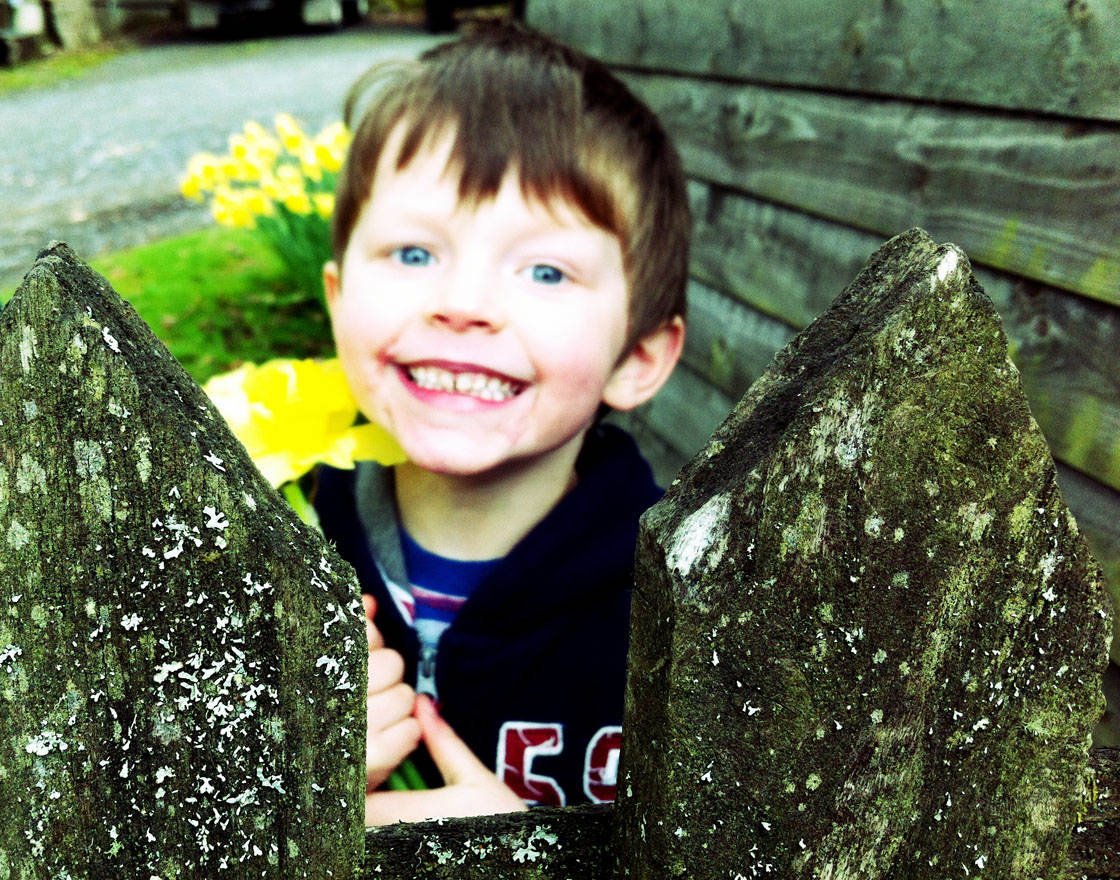 This is because close-up subjects cause the camera to use a shallow depth of field, meaning that only a small portion of your image will be in sharp focus while the rest of it appears blurred or out of focus.

Once you’ve composed your shot, you need to decide where you want the camera to focus. Do you want to focus on the frame in the foreground, or do you want the scene beyond in sharp focus? 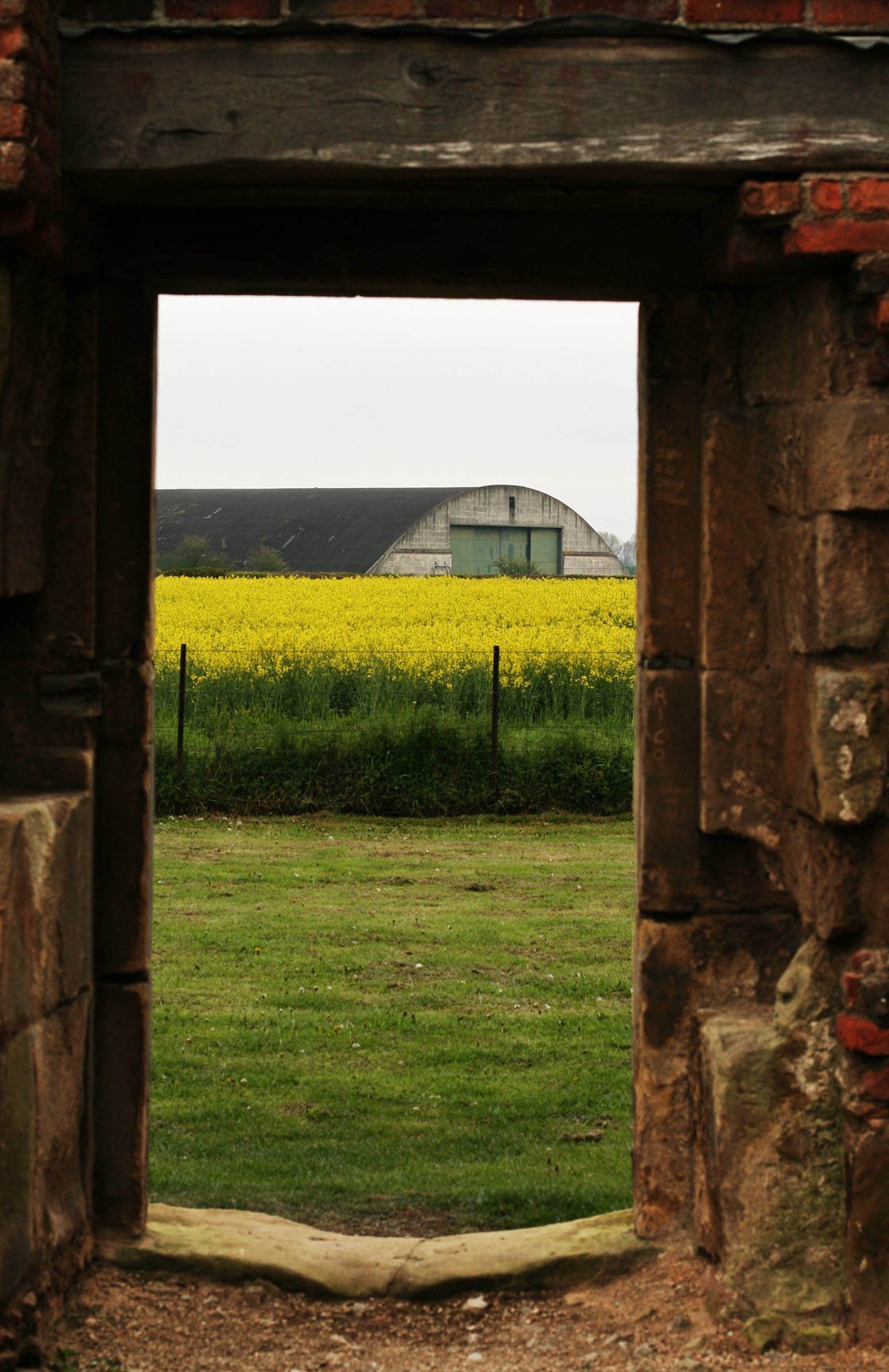 If the scene beyond the frame is the most interesting part of the photo, ensure you tap to set focus on this part of the screen in your camera app.

If the frame is more interesting, tap on the frame in the foreground so that this part of the image is in sharp focus while the background appears blurred. 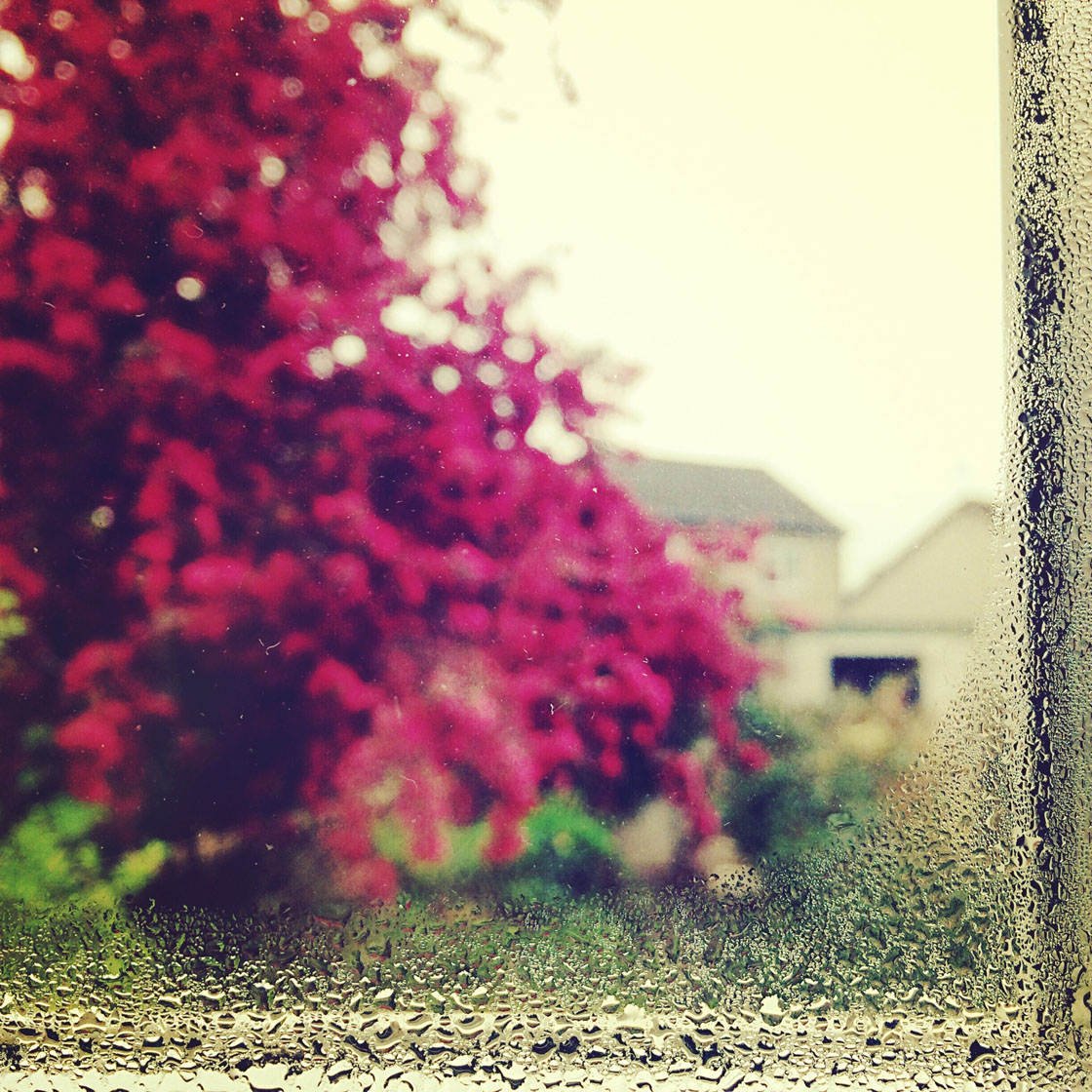 Focusing on the frame in the foreground can actually create some really interesting and artistic shots.

If in doubt, take two different versions of the photo – one with the frame in focus and one with the background in focus. Then you can compare the results and choose the one you prefer.

Click here to learn more about how to blur background on iPhone camera.

Using framing objects is a simple yet highly effective way to make your iPhone photos more compelling and unique.

Frames can be used to draw attention to your subject and create a stronger sense of depth. 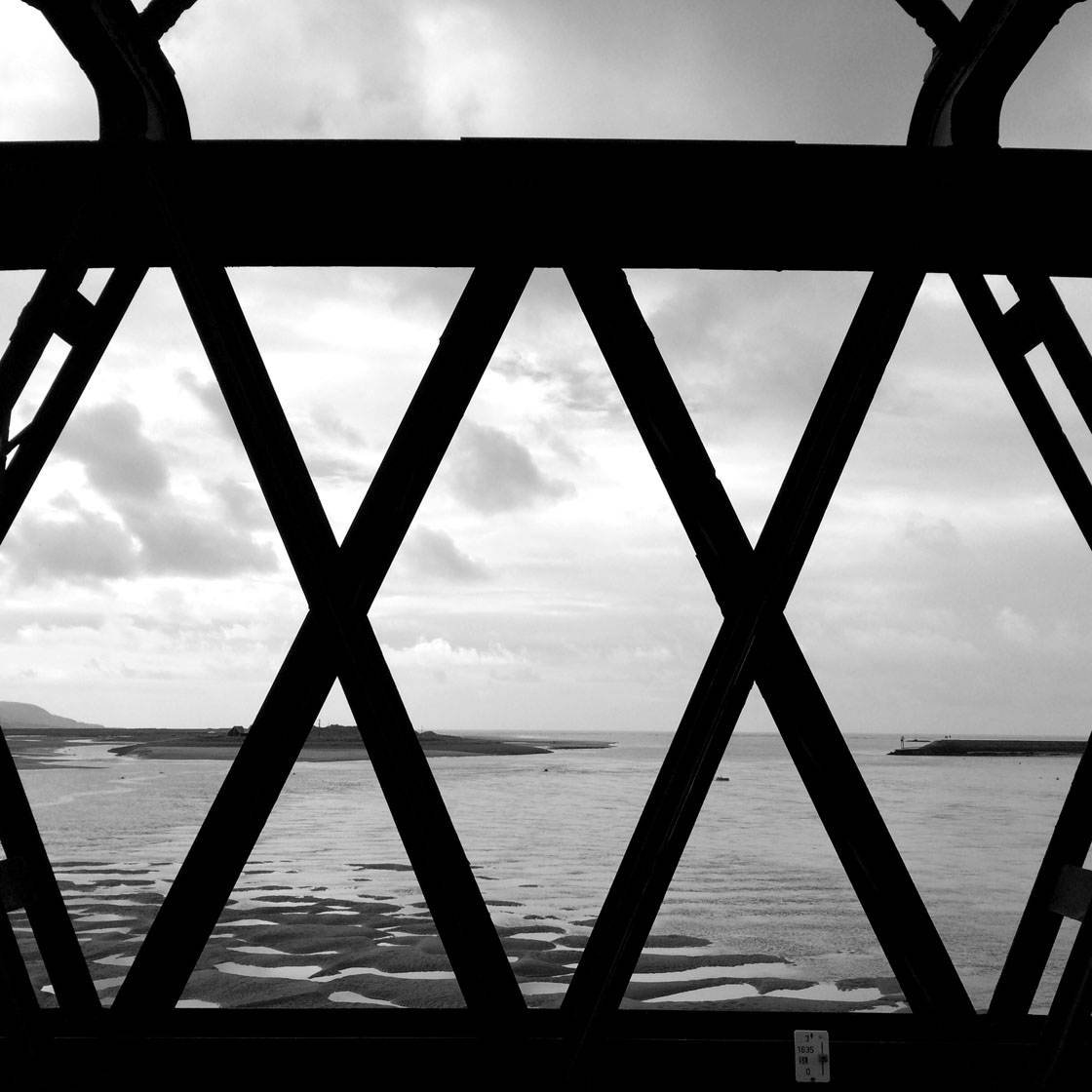 They’re also perfect for scenes that don’t have a strong focal point as the frame adds extra visual interest to the image.

Framing objects are a great way of adding context to the scene, helping you tell a more interesting or intriguing story with your photo. 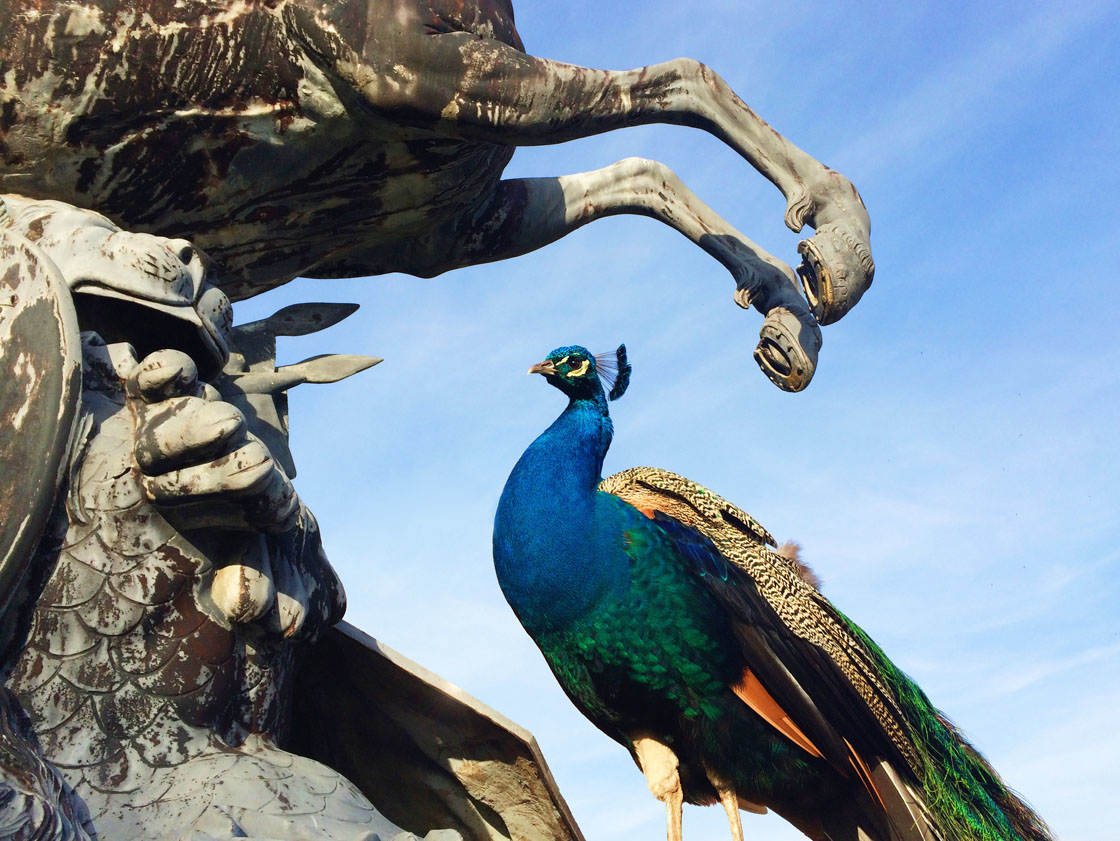 There are so many different objects that you could use to frame your composition.

Look around you right now. How many objects could you use to frame a subject or scene? 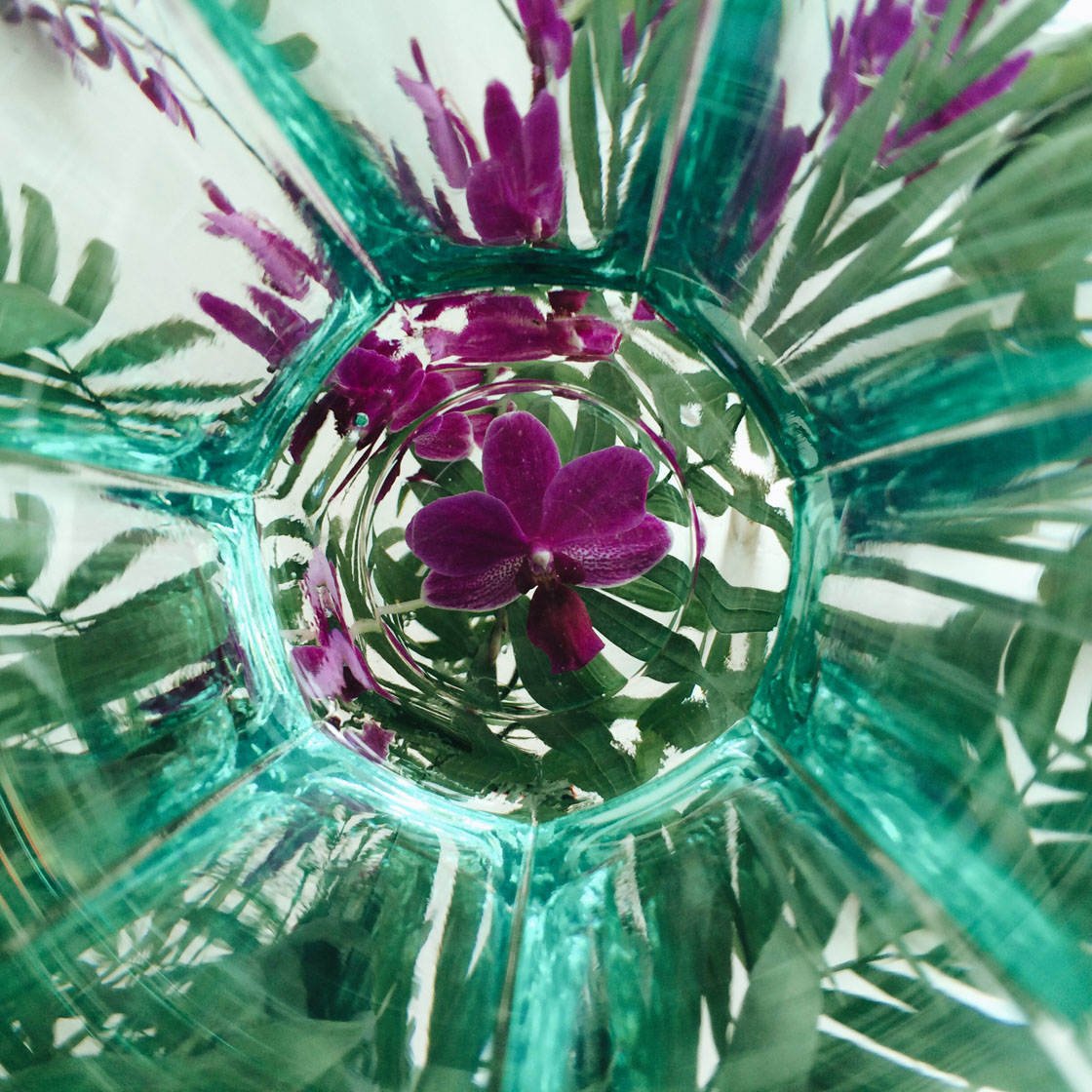 Don’t be afraid to get really creative. Even ordinary household items such as a drinking glass can be used to create artistic and abstract frames around your subject.

The more you explore your surroundings, the more interesting framing objects you’ll find. By taking advantage of these framing opportunities, you’re guaranteed to create more striking and beautiful photos with your iPhone.