Last weekend I had a chance to spend some time in Latvian countryside. One of the things that struck me the most was the old house we were staying in. My friend’s grandparents used to live there in summers, but now the house is essentially abandoned. It looks as if it is from a different era. Decades of life and progress seem to have spared this lonely rural place. 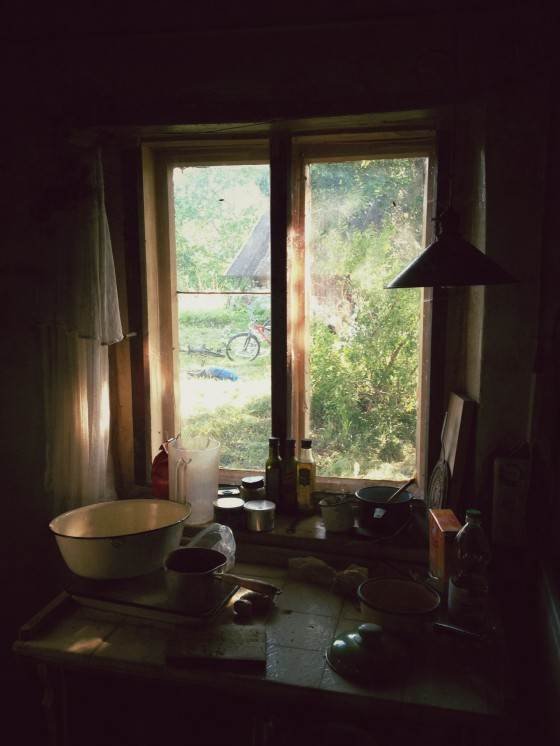 This is one of the few decent interior shots I took. It was very hard to take photos inside because the house has just a few small windows and practically no lights. Normally I’m not a fan of vintage filters, but here they help me convey the historic feel of the place. 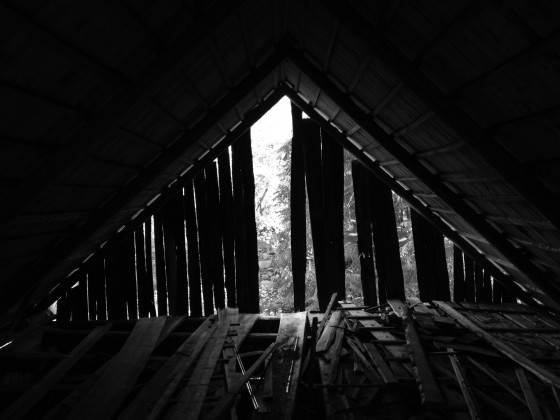 This is the second floor of what used to be a barn. Before making the photo black & white, I used the Snapseed app to selectively increase the brightness of the reflections on the wooden floor. 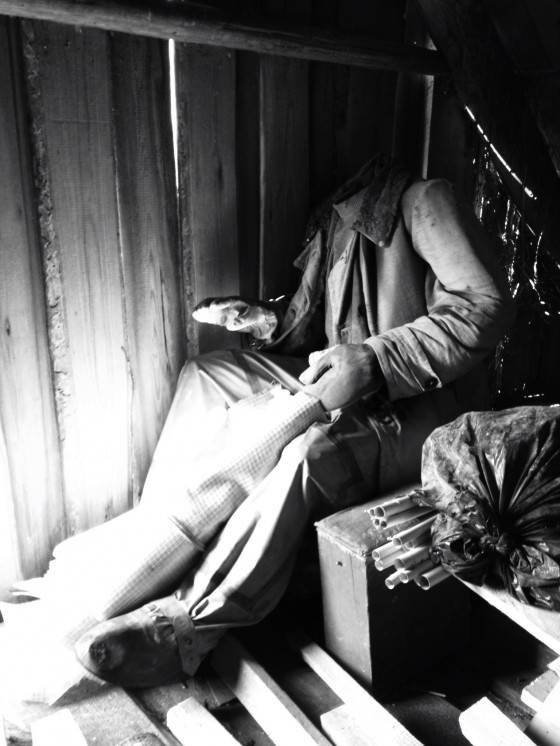 Look more closely at the old gentleman’s head… Yep, there is none. This extremely life-like scarecrow managed to frighten a female friend of mine. 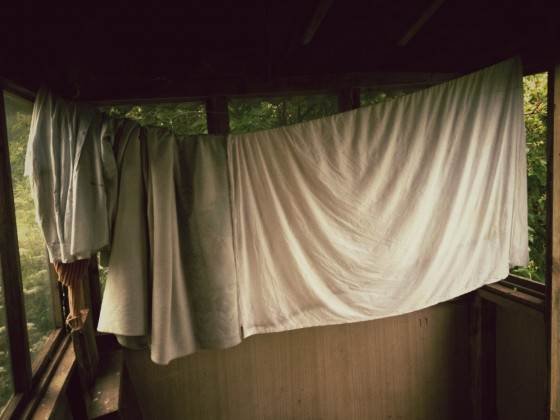 Laundry day… Except these sheets have been hanging there for months, possibly years. I couldn’t resist adding a vintage filter here. 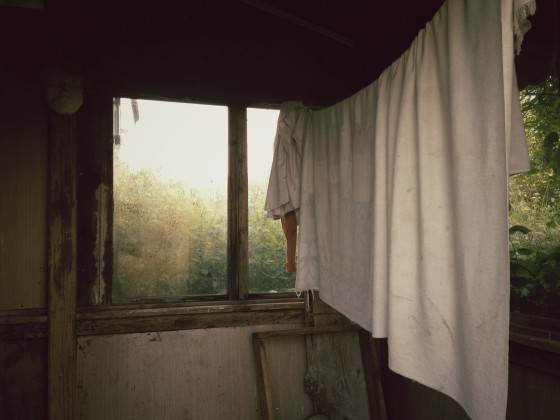 Same scene, same vintage filter, but a this time a different angle. I could’t quite decide which one of the two is better. By the way, do you see the little thermometer in the corner of the widow? Let’s take closer look… 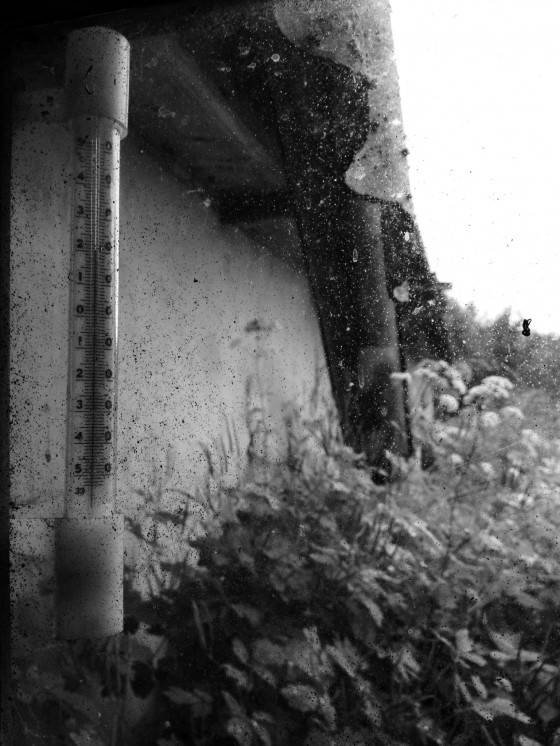 No, it wasn’t very warm that evening. I like how raindrops in the window add texture to the photo. 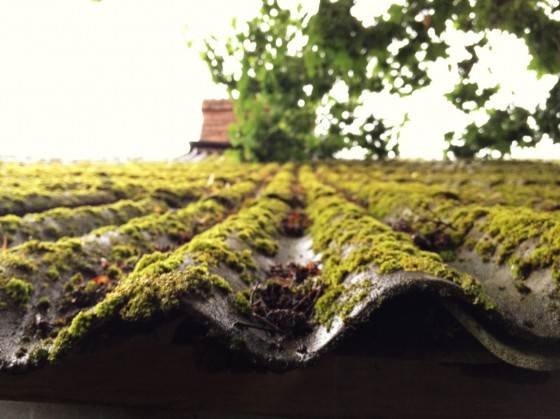 This is what roofs used to look like (at least in the USSR). The top of the roof is blurred solely by the iPhone’s lens which is focused on the foreground. However, I did increase saturation because the green tones in the original were rather lifeless. 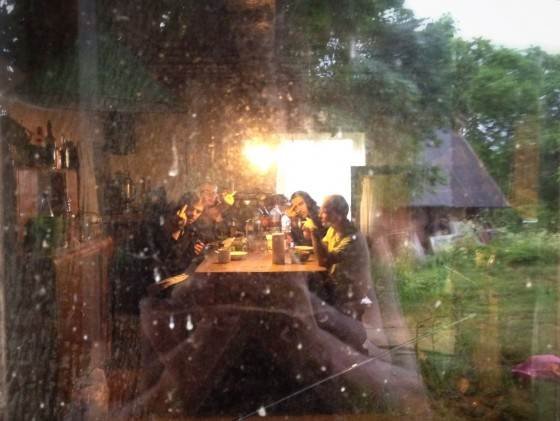 This picture was shot through the window of the house. It is rather messy, but I love how it combines three distinct layers of light: the people at the table inside the house, the reflection of the garden, and the reflection of my own hands. Snapseed’s selective adjust was used to increase the contrast and saturation of my hands and people at the table. You can also see what my friends think of my iPhoneography hobby. 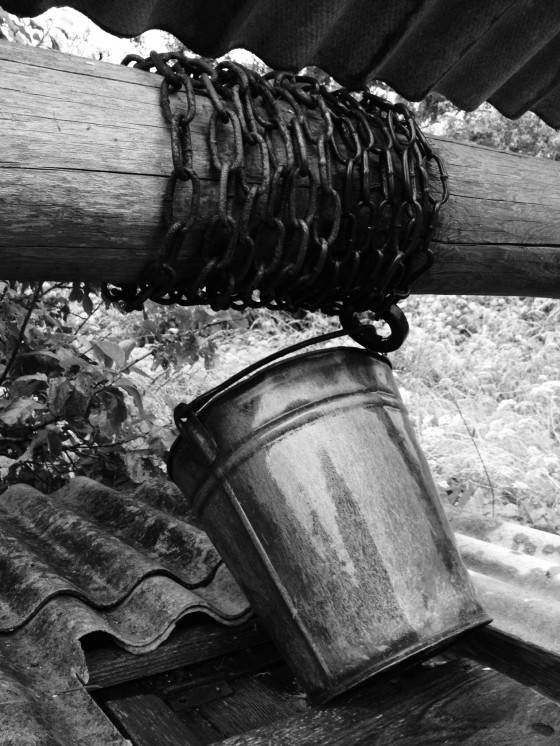 This was our only source of water for the weekend. 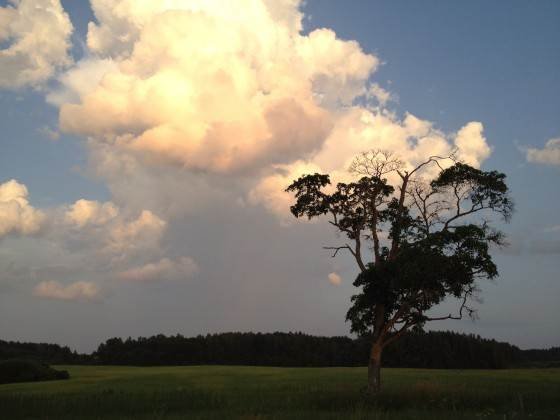 This is what the surroundings look like. See how the rule of thirds has been broken horizontally? That way I could make the image more dramatic while also including more of the beautiful cloud. Both the saturation and brightness of the cloud have been slightly increased (using selective adjust) to make the picture look warmer and more interesting. 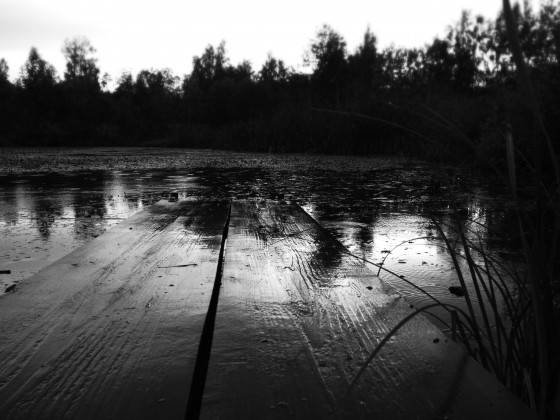 Before making the whole image black & white, I used Snapseed to selectively increase the contrast of the wooden footbridge to bring out the structure of the wood. Note that for B&W photos you should do selective adjustments while you still have all the colors, or it will become a lot harder to separate individual parts of the photo. I also used tilt shift to blur the trees in the background.

I’m currently on vacation in Hiiumaa, Estonia. I’ve already taken countless great photos, and more are coming in the following days. I will post them later this week when I come back home. I will also make some more posts on taking and editing iPhone photos.