I’m really excited to share an interview with acclaimed iPhoneographer and photography expert Richard Gray. Richard is also an active iPhone photography blogger and a contributor to FLTR mobile photography magazine. In this interview, you’re going to find out more about Richard and discover some of his best tips for improving your iPhone photography. 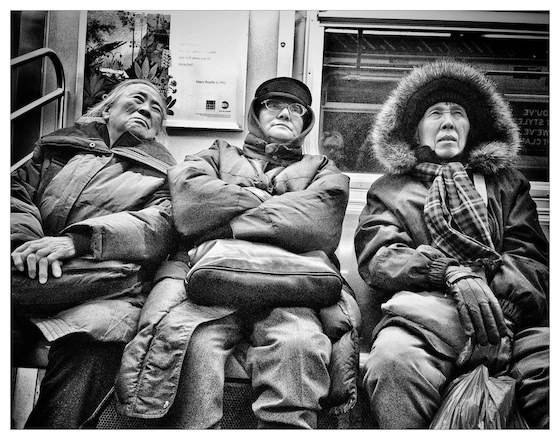 Middle-aged white married man in London, no children, aged 47. Worked in an office for 20 years and became a professional photographer in early 2012 (with mobile and big cameras).

Someone nudged me on Facebook in early 2011: hey did you see this new app called Instagram? I couldn’t believe what those filters did. I can still remember the moment. 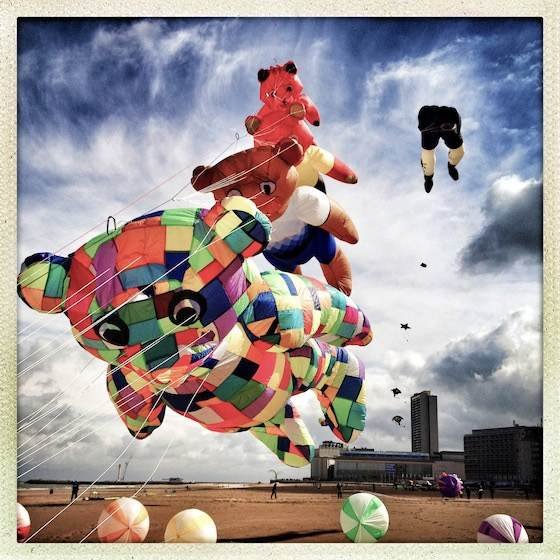 Certain photos come out better with a smartphone than a big camera. And the social aspect is very important of course. It’s obvious too, but it bears repeating and it is important: smartphone cameras are great because they’re easy to carry around with you and you (nearly) always have one with you. 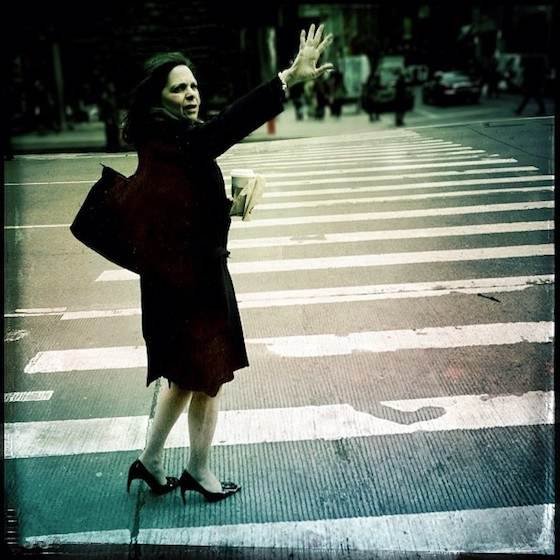 I also think the power of apping is fundamental to the whole genre. The processing capabilities that you have at your finger tips give people massive creative possibilities and they have allowed so many more people into this creative sphere who weren’t able to access it before. In that way, it’s been an incredibly democratizing force for photography. 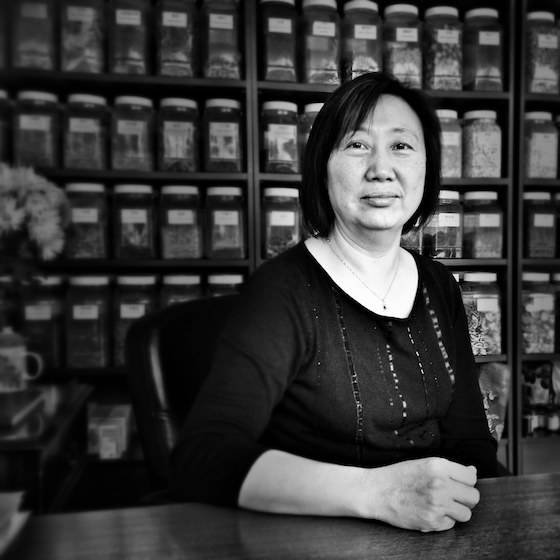 Do you have any favorite genres of iPhoneography, or do you always like to keep experimenting with different styles and approaches?

My style and subjects are all over the place. I know a lot of people stick to one style or subject and that’s a very sensible approach if you want to be taken seriously (and, for example, get on the Instagram suggested user list – I did a slightly tongue-in-cheek article about that recently).

I’m still experimenting with different styles, apps and subjects. But I guess my favorite genre is street. It’s a funny name for a genre because in my view street is all about people. The more, the closer and the more expressive, the better. 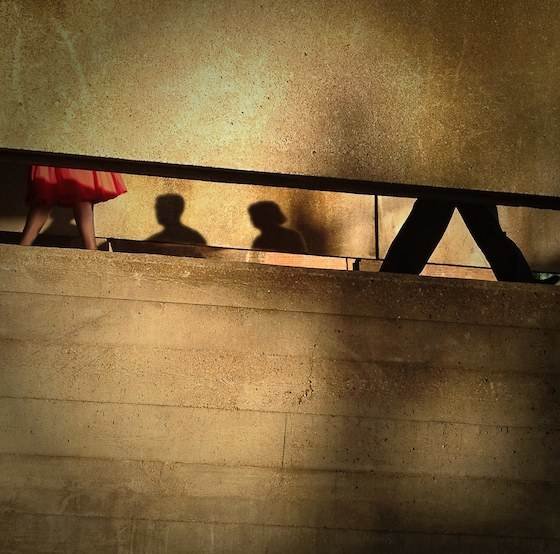 I know many people swear by various photo taking apps, but I don’t think they add very much to what the native camera offers. They just have a load of bells and whistles in my view. People talk about apps that separate focal and exposure points, which is about the only thing that the native app doesn’t do, but that has really very limited usage. 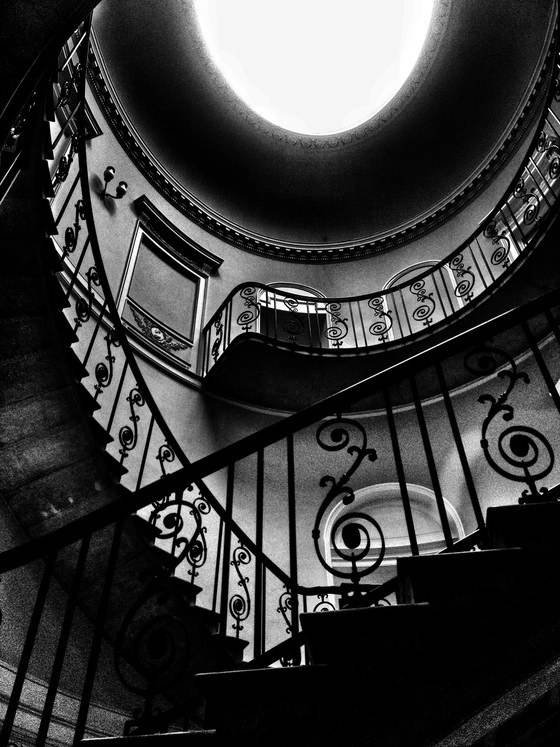 Otherwise, I use ProHDR for high-contrast scenes, Hipstamatic a lot for train journeys and architecture, and I keep on going back to Slow Shutter Cam for experimental stuff.

Snapseed and Filterstorm for editing. Handy Photo for retouching, cloning and anti-cropping. Photo Wizard for advanced editing. Image Blender for some creative purposes, but also some practical things. Then I also love Decim8. I don’t know the statistics, but it feels like we have all the apps now to allow us to do pretty much everything that Photoshop does. 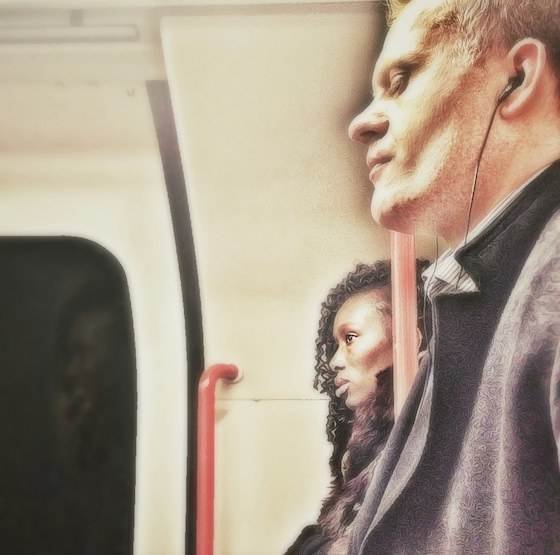 Do you use any accessories for iPhone photography?

I’ve tried all the add-on lenses but I don’t really use them much now. I like the minimalist approach. Though I do take along an LED light sometimes if I think it’s going to be a bit dark. I use an iPhone tripod for Slow Shutter and ProHDR shots (again in low lighting situations). And I just finished road-testing the 360-degree Ricoh Theta, which was great fun. 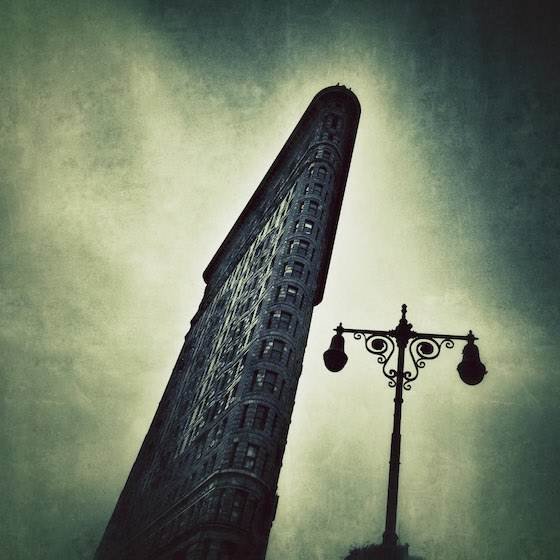 Try all the apps that are out there. Master the tools they give you and put them in your toolbox, then take them out when your creativity requires them. Those tools shouldn’t dictate what you create but at the same time you shouldn’t be afraid of giving yourself the freedom to use them. There are no laws on the limits of your creativity. Mobile photography is a whole new artistic genre. We don’t have to live by the rules of photography because we’re in a completely new genre. 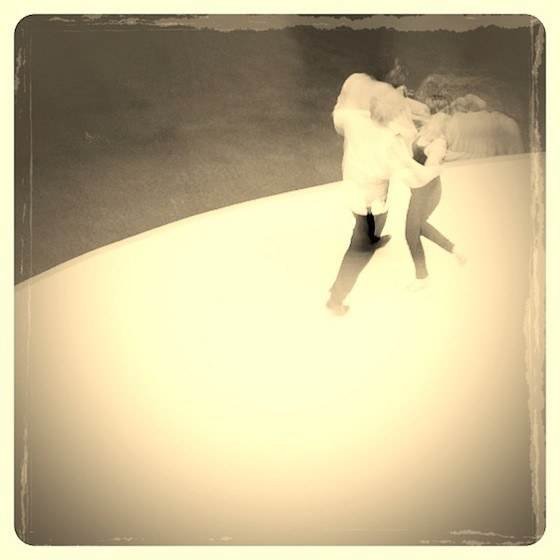 Can you briefly explain the story and editing behind your favorite iPhone photo?

This image I’m very fond of is called “London’s cyclists are getting killed”. The best ingredient for any type of photography is light and I get very excited when there’s some good light in London. It gives you so much clarity and sharpness. And it’s especially special when there’s reflected light, as in this photo, where the light is bouncing off windows to the right of me, which is how you get “reverse” shadows on the cyclist behind the main subject. 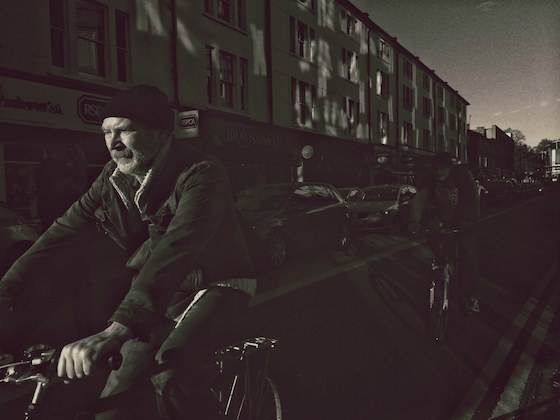 The difficulty with this image was making sure the main cyclist’s face wasn’t overexposed. If I’d let the camera decide the exposure the background would have been properly exposed and his face completely whited out. So that meant fixing the exposure and focus on another cyclist before he came along.

I didn’t do much processing to this: I sharpened it slightly, made it black and white and applied the number 4 vintage filter in Snapseed. But more than processing, these days I think it’s more important to curate your photos properly, which means choosing just one image from perhaps a hundred shots that you might have taken.

I also think the best photos are ones that carry some sort of emotional meaning for you. I’m an avid urban cyclist in London and I’d been very frightened and angry by the number of deaths there had been on our city’s roads just before that photo was taken.

You are known for teaching one of the first formal iPhoneography courses. What is the most important thing that all your students should learn about iPhone photography?

That the iPhone is a camera like any other, but also that it is a camera with specific strengths and weaknesses. 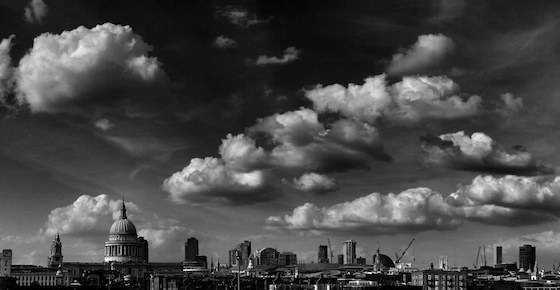 What are some of the most common mistakes your students make?

Probably over-processing pictures. But then at the same time, they have to try out everything in order to know what works well and what doesn’t. So I do encourage them to experiment with filters and extreme effects, even if they don’t work.

Generally, though, most of my students are like me, and like everyone else was when they discovered the power of apping on mobiles, they go a bit wild with it because it’s suddenly so empowering. The challenge further down the line is putting that power to good use. 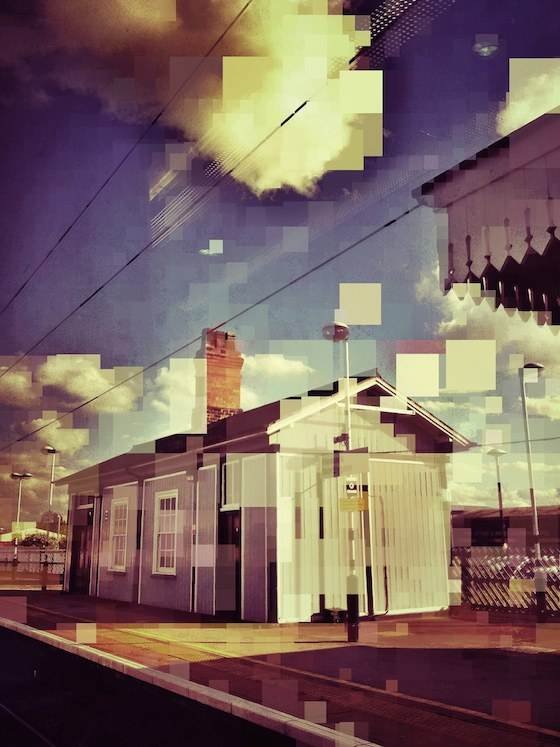 A more important mistake that my students make is that they take photos without any real emotional engagement. But again, it’s OK for people to hone their skills before taking photos that really matter to them.

Your iPhoneography has been recognized by the prestigious Terry O’Neill Award in mobile device category. What tips do you have for iPhoneographers who want to get recognition for their work?

Well, the obvious reply to that question is, enter competitions! That’s an obvious way if want to get official recognition (and let’s face it, most people do). Photography is such a subjective thing though that you can also get recognition (if you really want it) simply by projecting a serious image. If you tell the world you’re good loud enough and often enough, half of the world will believe you. 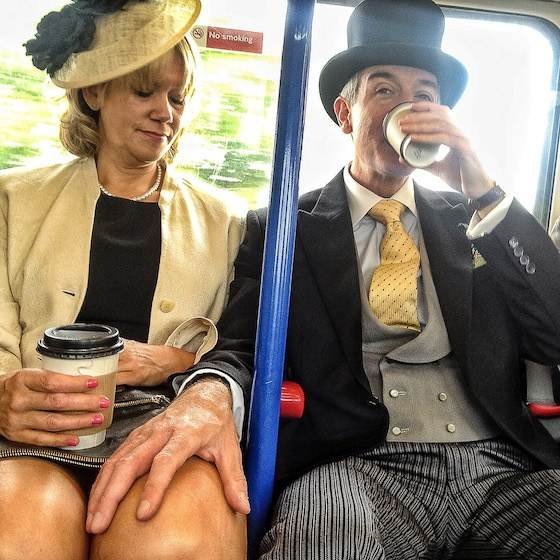 In the same way, I probably do myself no favors by joking around quite a lot. Engaging on the social networks can get you the sort of recognition that is perhaps worth more than prizes though. There is a lot of vacuous awesome this and amazing that on the networks, but then every now and again someone whose work you respect will say something good about one of your images that means more to you than any prize. It’s an age-old question in the arts, but I tell my students not to worry too much (though they do) about getting likes and such because it will skew your work if you do. 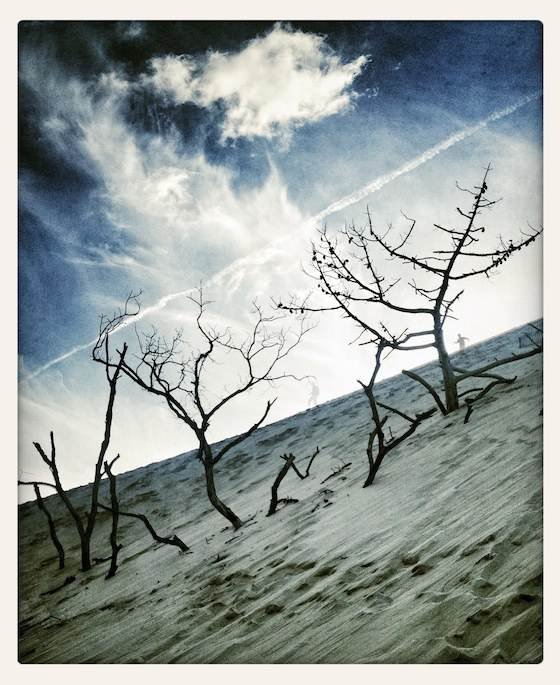 Of the people I follow on Instagram here are just a few: @ikebana_jen, @mrwhisper, @scarab, @blacksmithpat, @jesmondo, @cindypatrick, @marcolina, @cpatrickphoto, @iphonehipsta, @shutter_se7en, @arnold_daniel and @dezadie. Of course, I know many of these people personally so that clouds my judgement. But then I know them personally partly because I really like their work. 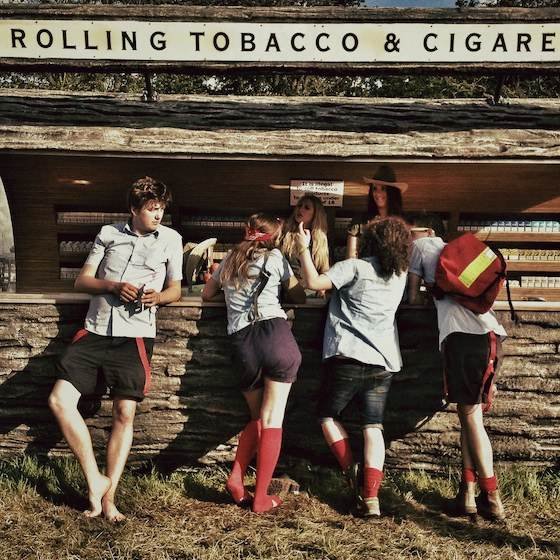 On my mobile website or I’m @rugfoot on Instagram or Flickr. I also write a blog (where I joke around quite a lot) called iphoggy-bloggy. And I’m a professional photographer with big cameras too and my work is on rugfoot.net.