I’m really pleased to share this interview with Marina Sersale, a talented iPhone photographer who takes stunning street photos with the Hipstamatic app. She has an amazing eye for contrasting light and shade, capturing wonderful silhouettes and shadows in her images. In this interview you’ll learn more about Marina, and how she takes such incredible street photos with her iPhone. 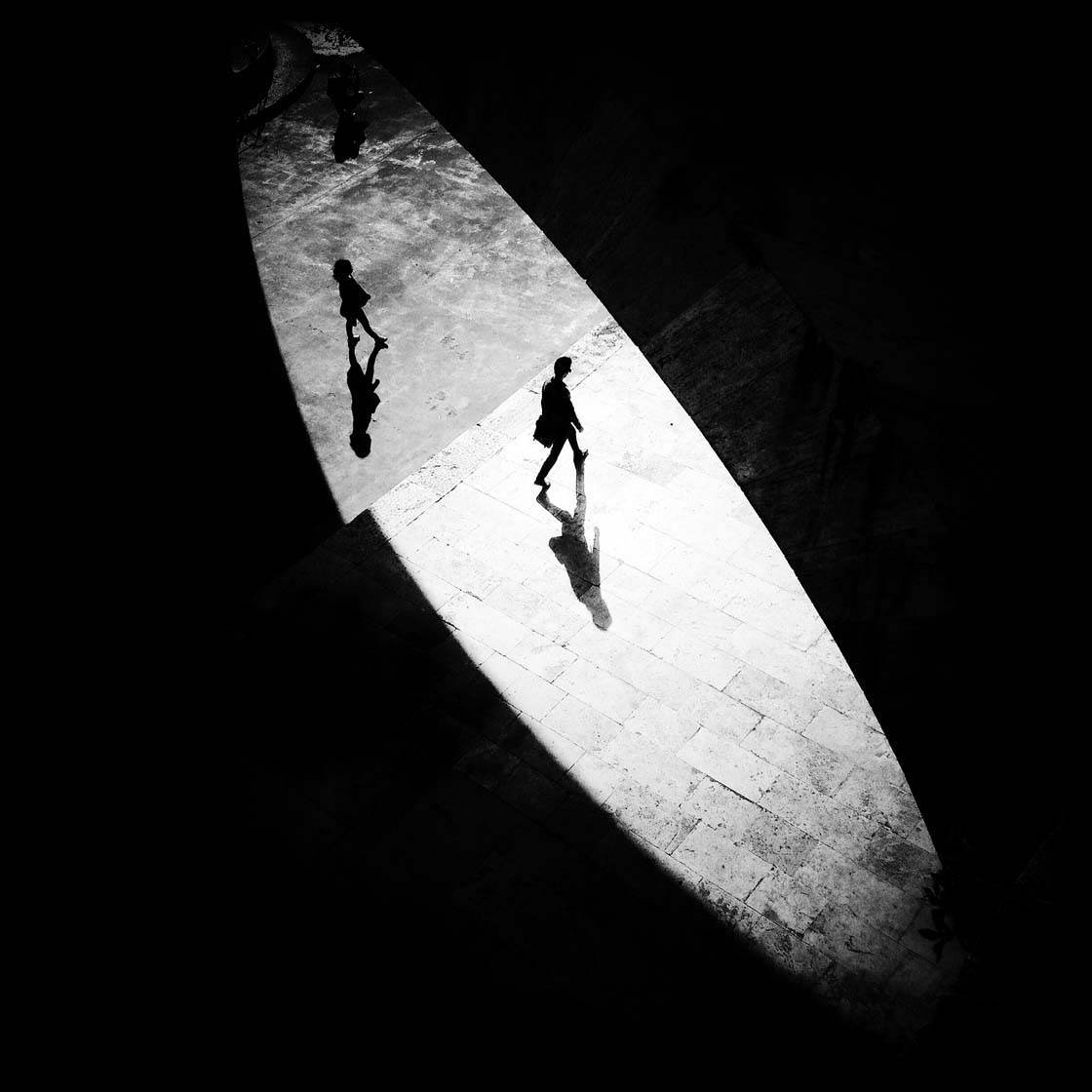 Tell us a bit about yourself.

I’m half-Italian and half-English, born in Rome and have lived here all my life, except for a couple of years when I lived in London.

My father was Neapolitan and with his siblings he created the renowned Hotel Le Sirenuse in Positano. After the war he was mayor of the town for 17 years and that was where he met my mother, who was English and came out to Positano on holiday with her first husband. 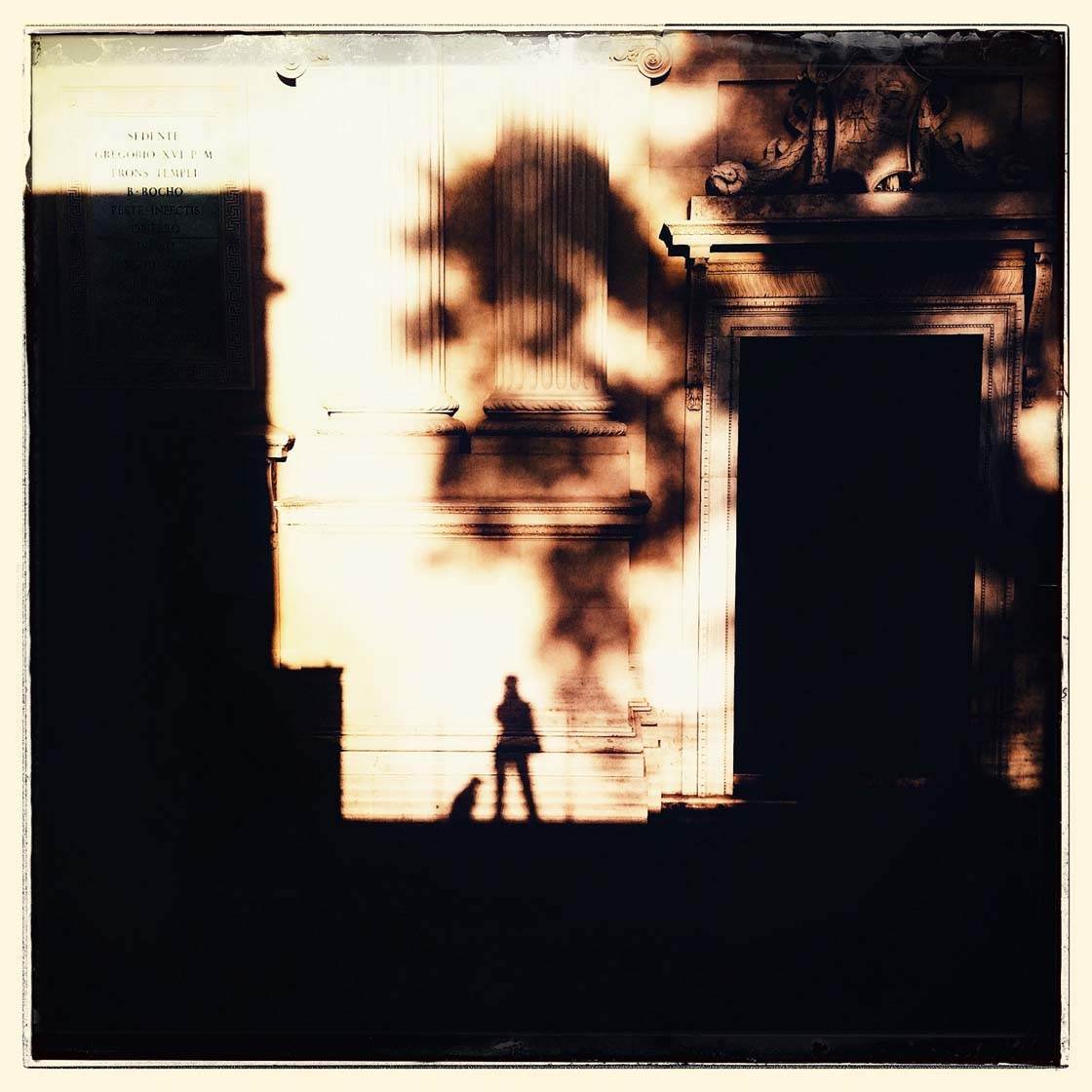 I’m completely bicultural and bilingual, and although my roots are certainly Roman I don’t really feel I belong anywhere, except maybe Positano.

My job is to create fragrances. With my husband Sebastian Alvarez Murena, who’s Argentinian, I own an artisanal fragrance brand called Eau d’Italie. 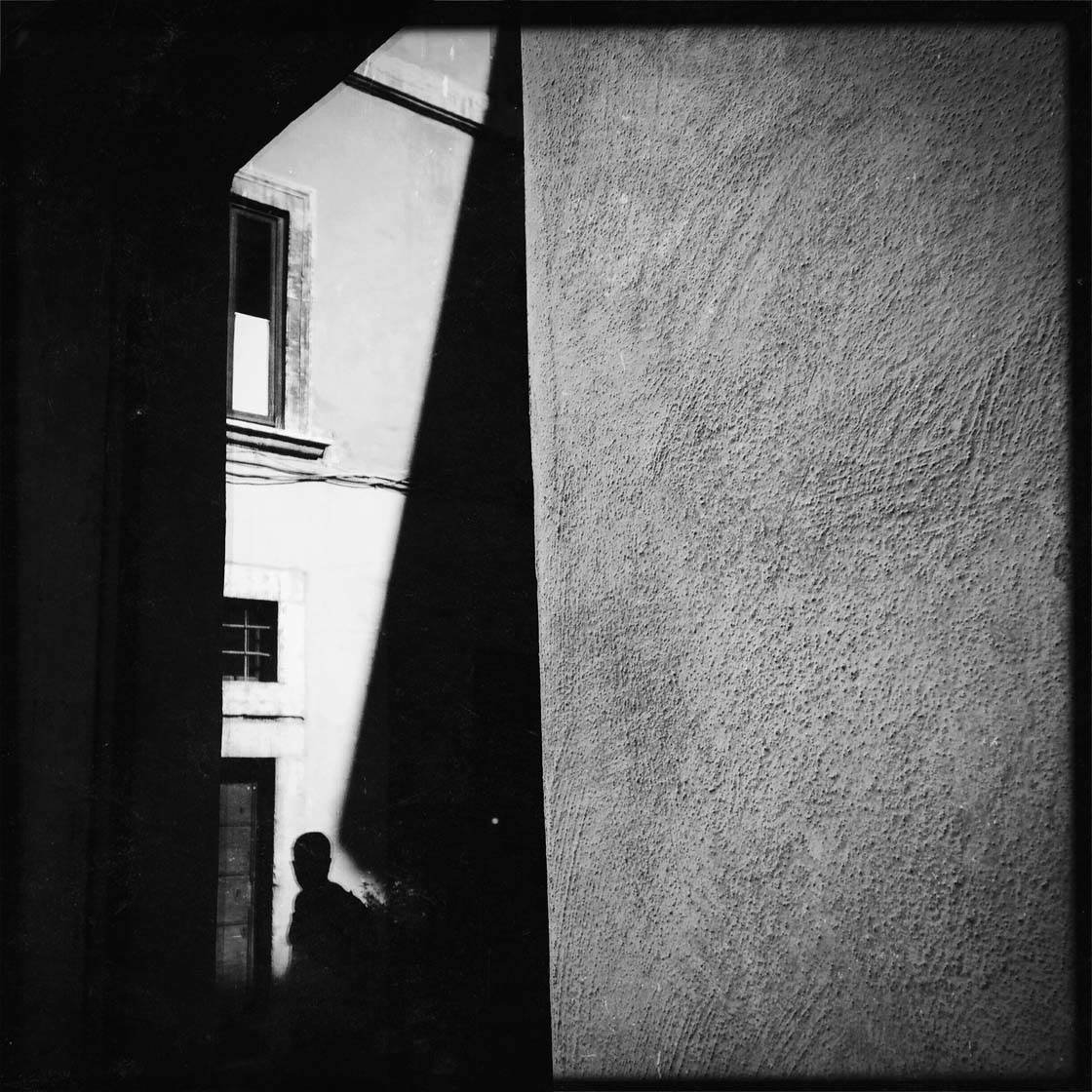 It began completely by chance when I bought my first iPhone in the fall of 2012. I’ve always had a strong interest in photography. My first job was as a photo editor in a photo-journalistic agency but I never took photos myself.

I think the reason was that I had no interest in souvenir snapshots and sincerely didn’t think I was capable of taking an interesting photograph. 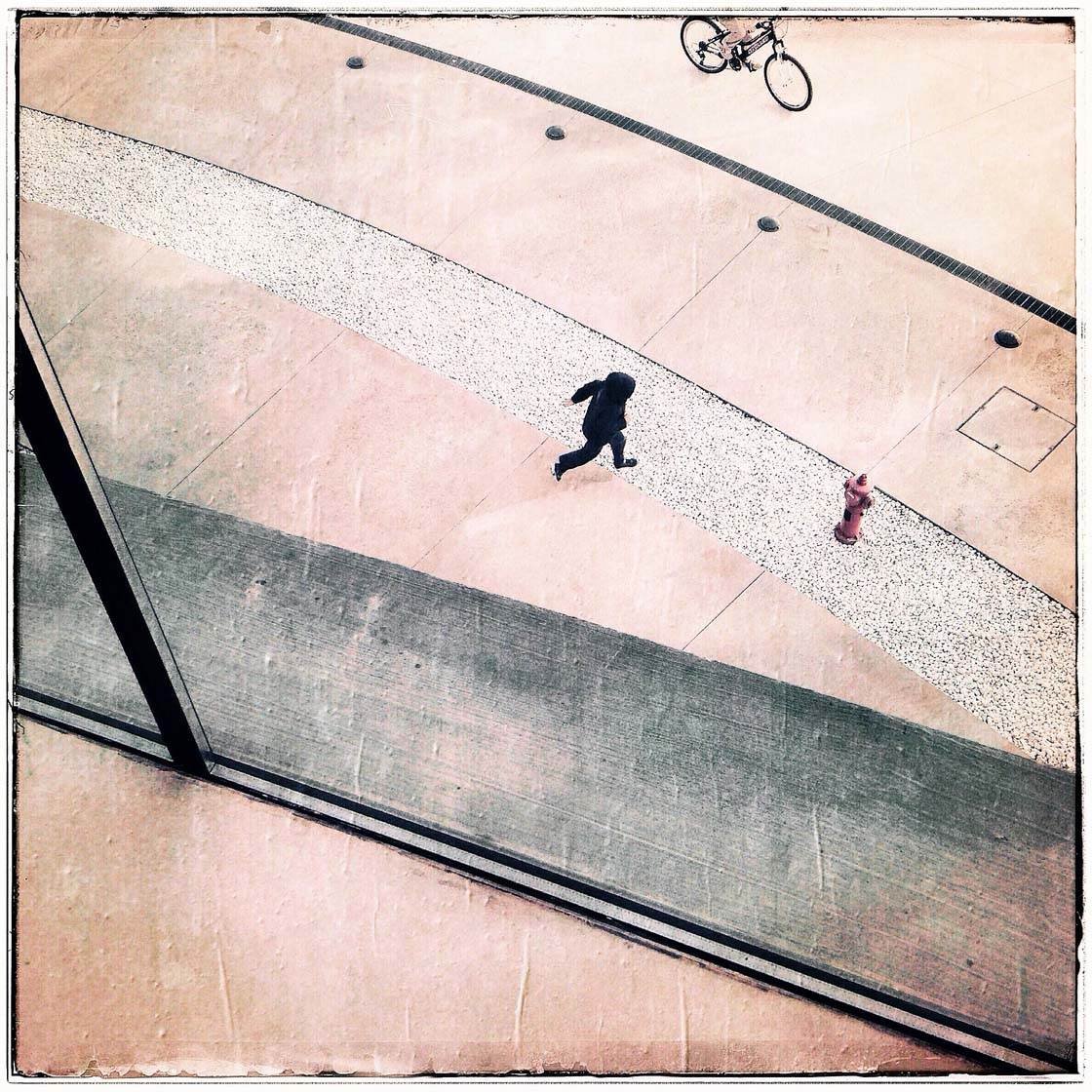 Afterwards, I became a documentary film-maker and that was my profession for a number of years until I met my husband and started creating fragrances with him in 2004.

Shortly after I switched to an iPhone I discovered Instagram. It was a complete revelation. I’m no good at Facebook or even less Twitter, but Instagram got me right away. Here was a platform that was exclusively about photography and in which I soon discovered some truly excellent photographers. 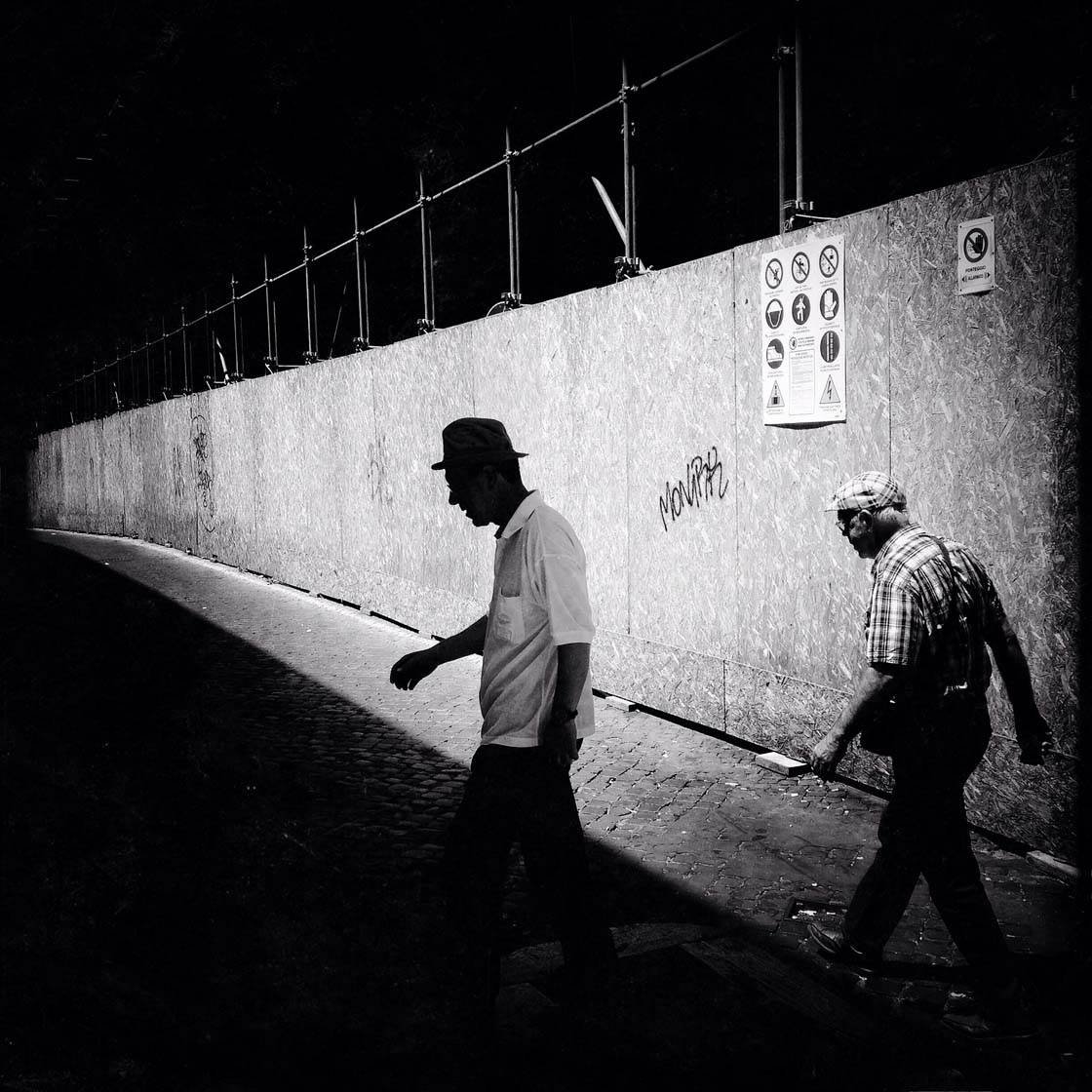 At the beginning all I could do was photograph my surroundings, but after a bit I started experimenting. I went looking for different things, places and people. I then discovered the Hipstamatic app and finally found a way of shooting in black and white, which had always been my real love.

I love the ease and the immediacy. I don’t have to carry a camera around, and using an iPhone doesn’t necessarily alert my subjects to the fact that the photo is actually about them. 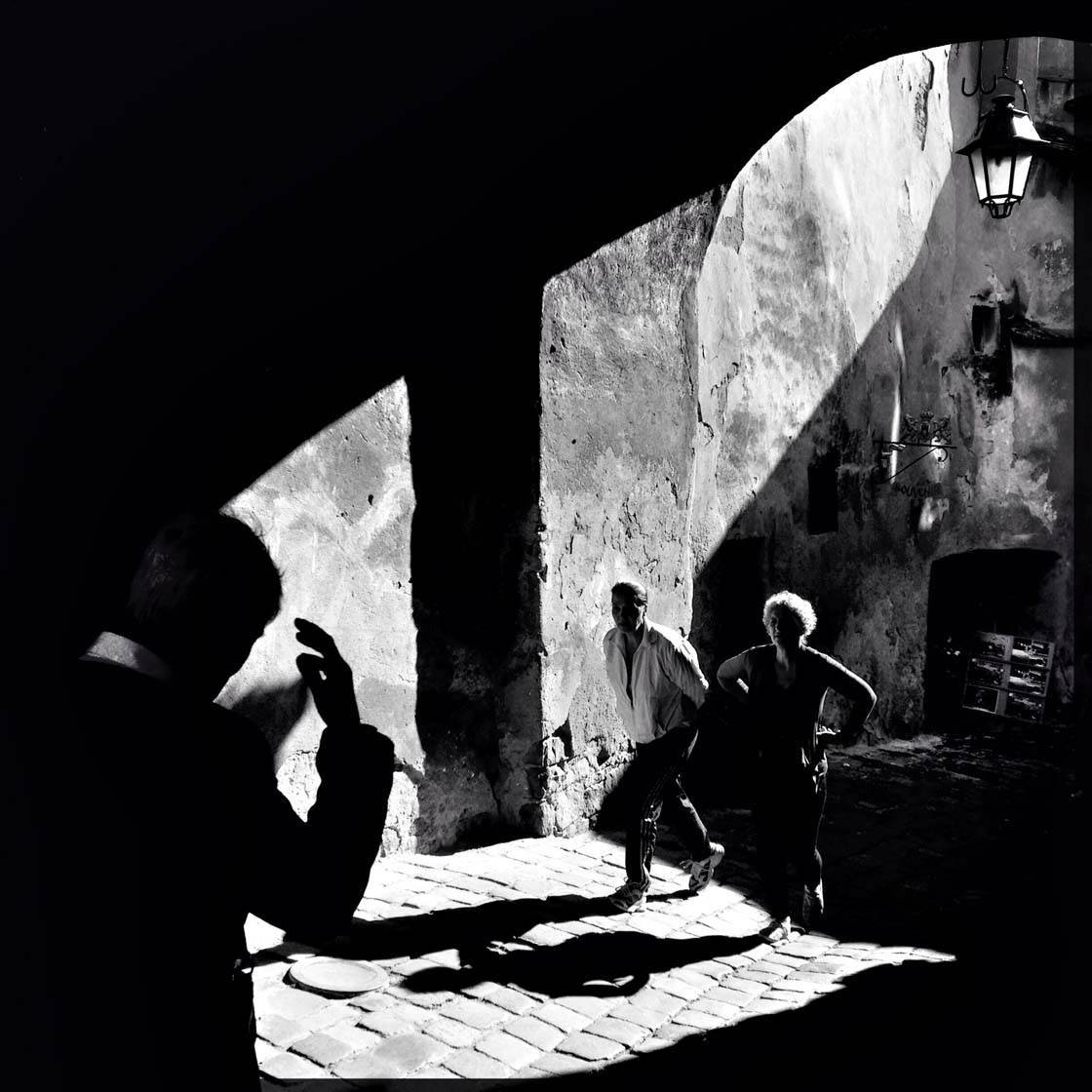 You mainly shoot street photos with your iPhone. What draws you to this genre of photography?

It’s difficult to say what draws me to street photography. I think it’s something to do with the fact that I’m an onlooker by nature. 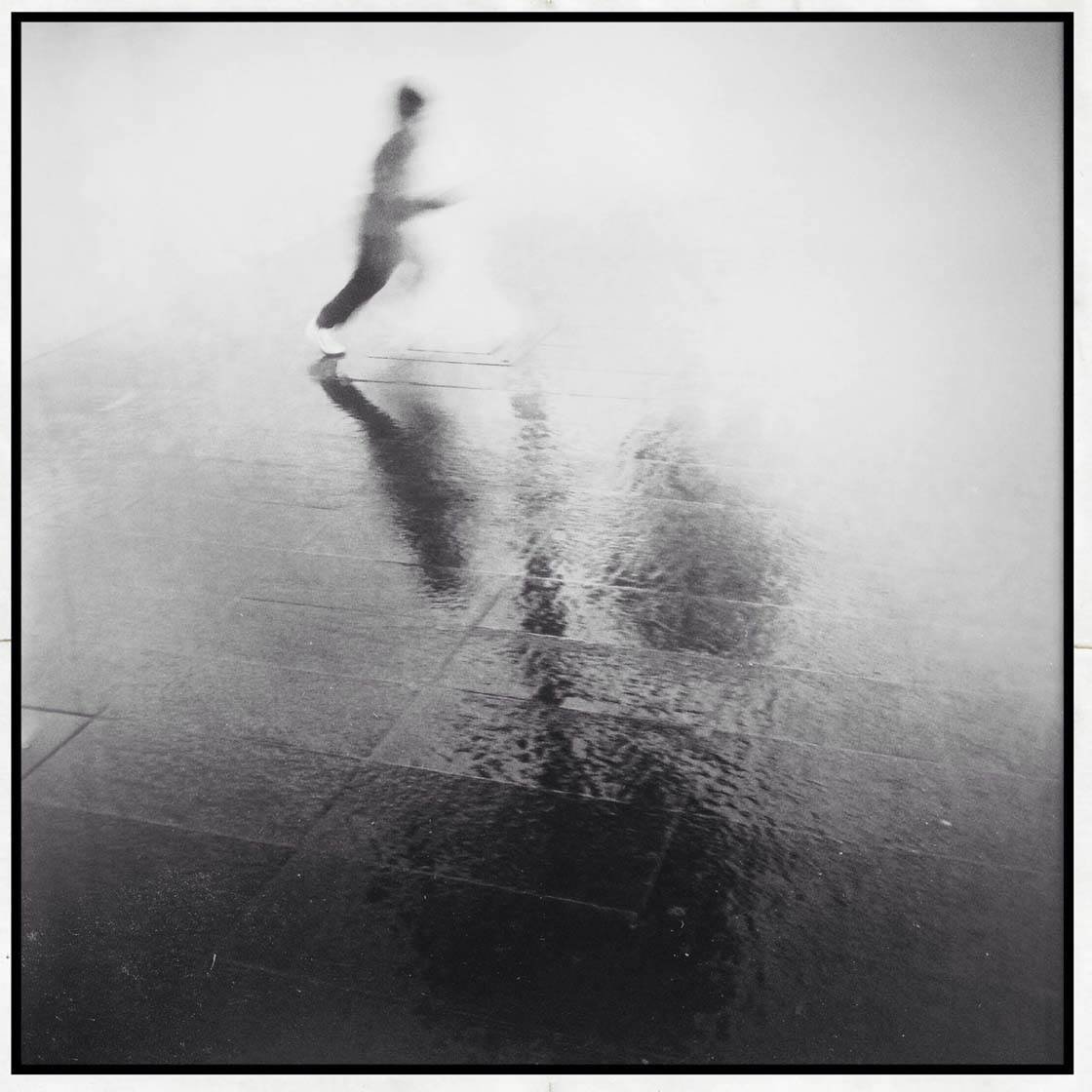 I also enjoy finding aspects of reality that people don’t see or aren’t aware of – the beauty and the magic in everyday life, and its absurdity. Being on the streets with an iPhone is where I can do this.

You have an amazing ability to capture incredible light and shade in your photos, with powerful silhouettes and shadows. What tips would you give to beginner iPhone photographers who want to start capturing these kinds of image?

Go looking. Go walking until your legs fall off and your iPhone battery is flat! And buy yourself a battery-booster. Jokes apart, the most important thing is to shoot a lot, much much more than you think is necessary. 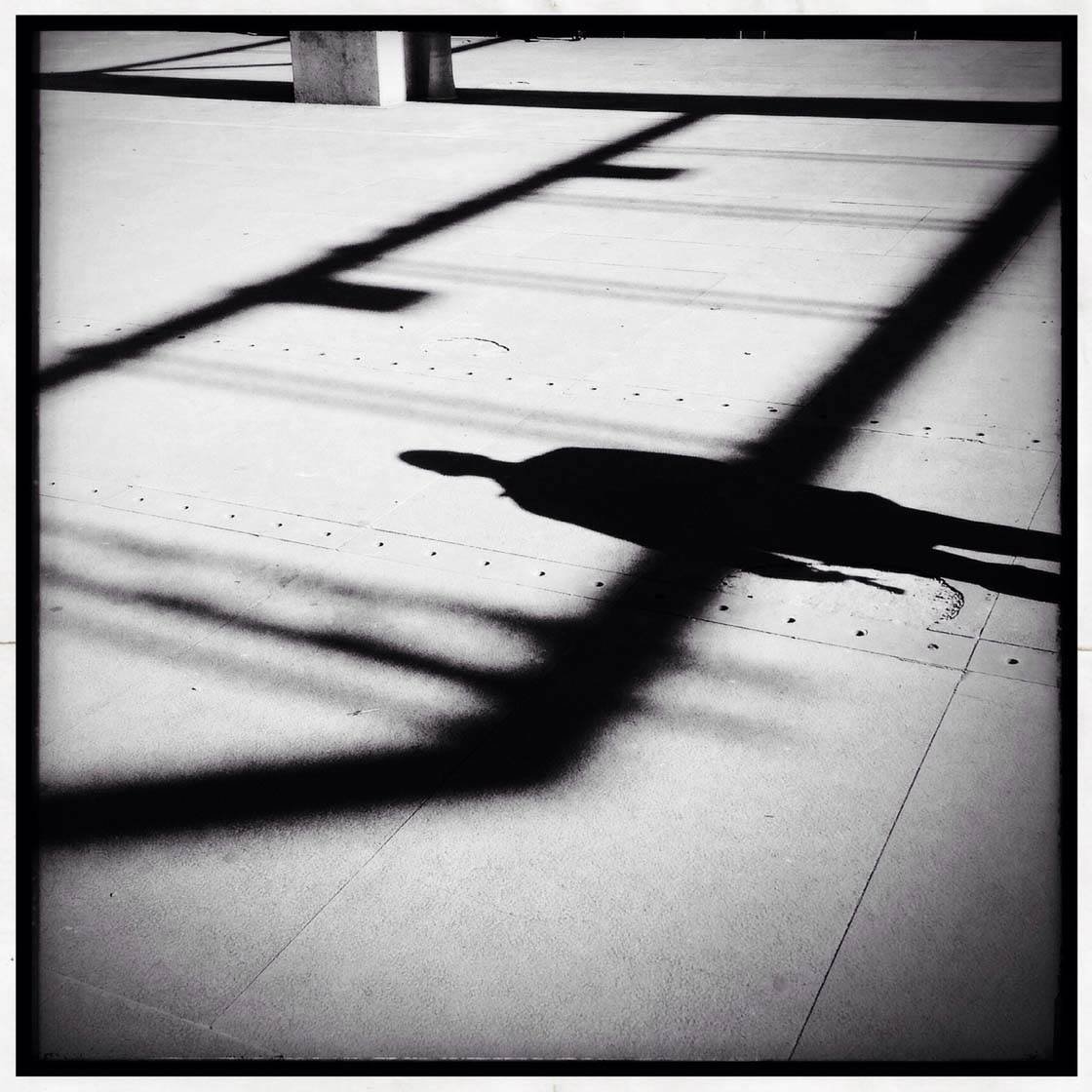 Go looking for the light and the shadows, wait to see how they change and which patterns emerge. Wait until the right person walks into (or out of) your picture at the right time.

Be patient, be humble, and above all, enjoy it. And one last thing – be very severe in your selection. 99.9% of what you shoot goes into the bin. 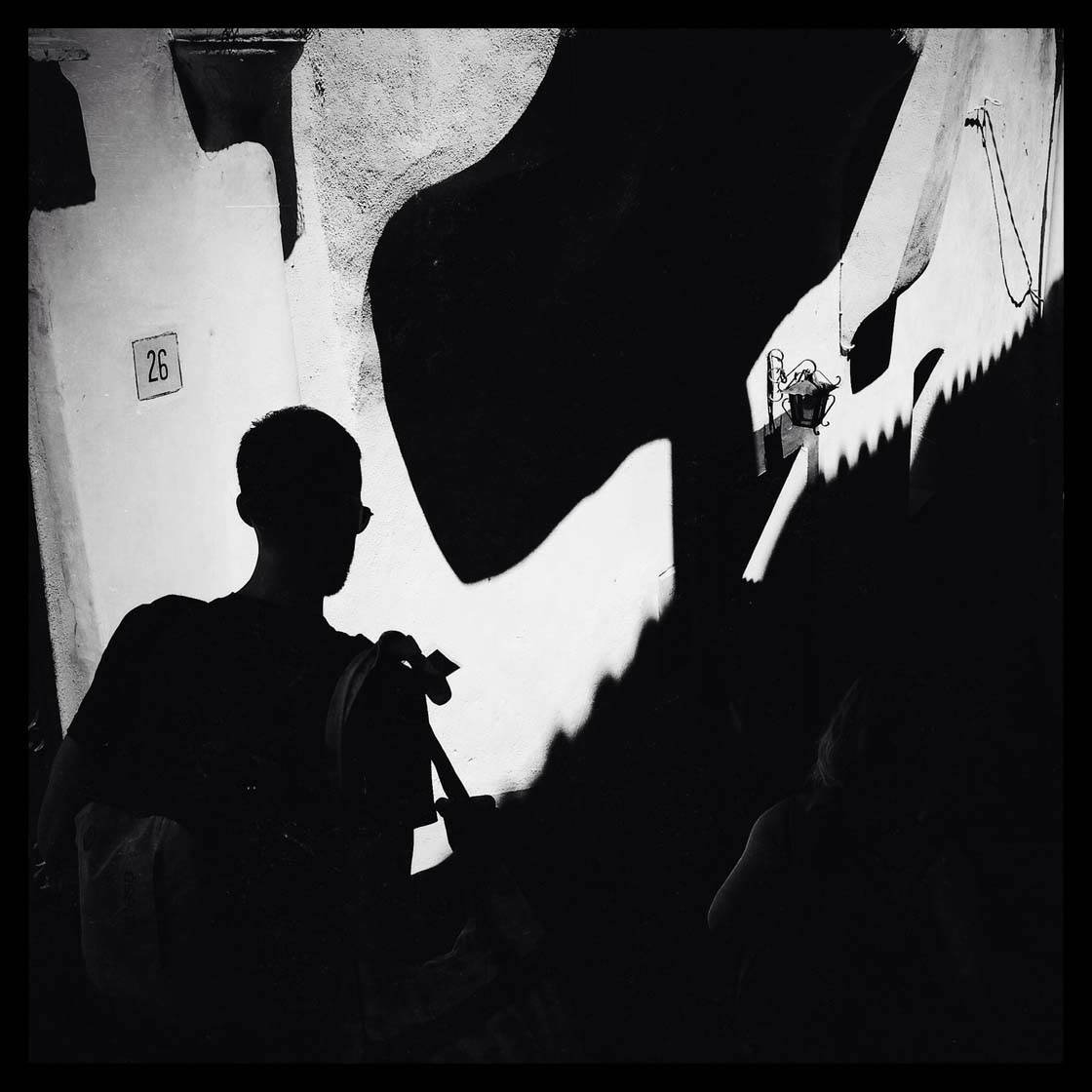 A lot of it is technique, which you can only learn by practice and by looking at how other photographers do it. But a good part is also listening to your own intuition and acting upon it. 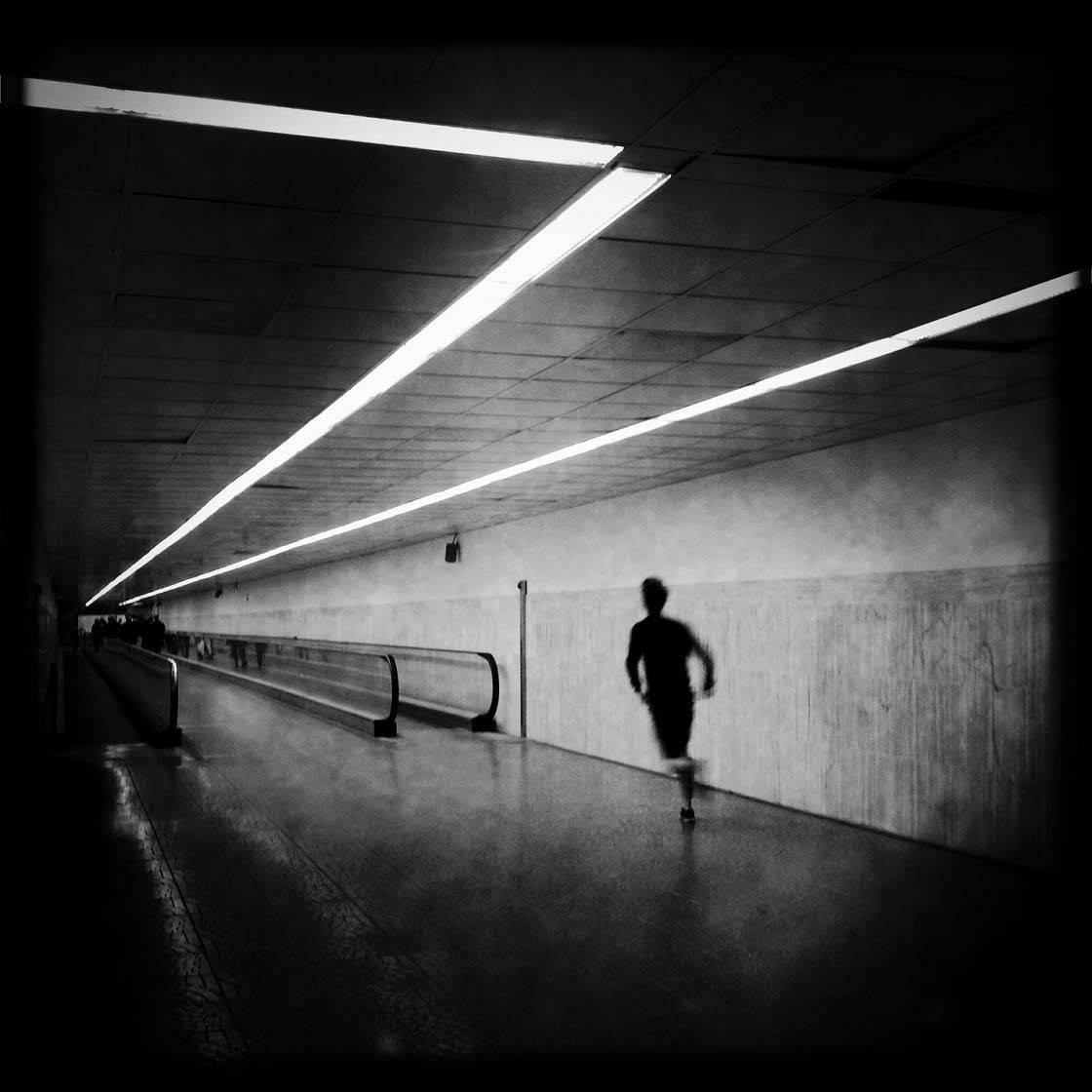 We actually know much more than we realize about how to tell a story with an image. After all we’re exposed to this sort of communication everyday in TV, magazines, and in the huge amount of adverts we see all the time. The knowledge is there, you just need to find the way of using it.

One of the main challenges of street photography is photographing people you don’t know. How do you deal with this?

I never take photographs of people who are in distress, first of all because I don’t like it and secondly because I don’t want to upset people. That said, I’m pretty ruthless and I try to get away with as much as I can. Depending on circumstances, I smile and thank the person, or I pretend they’re not there. 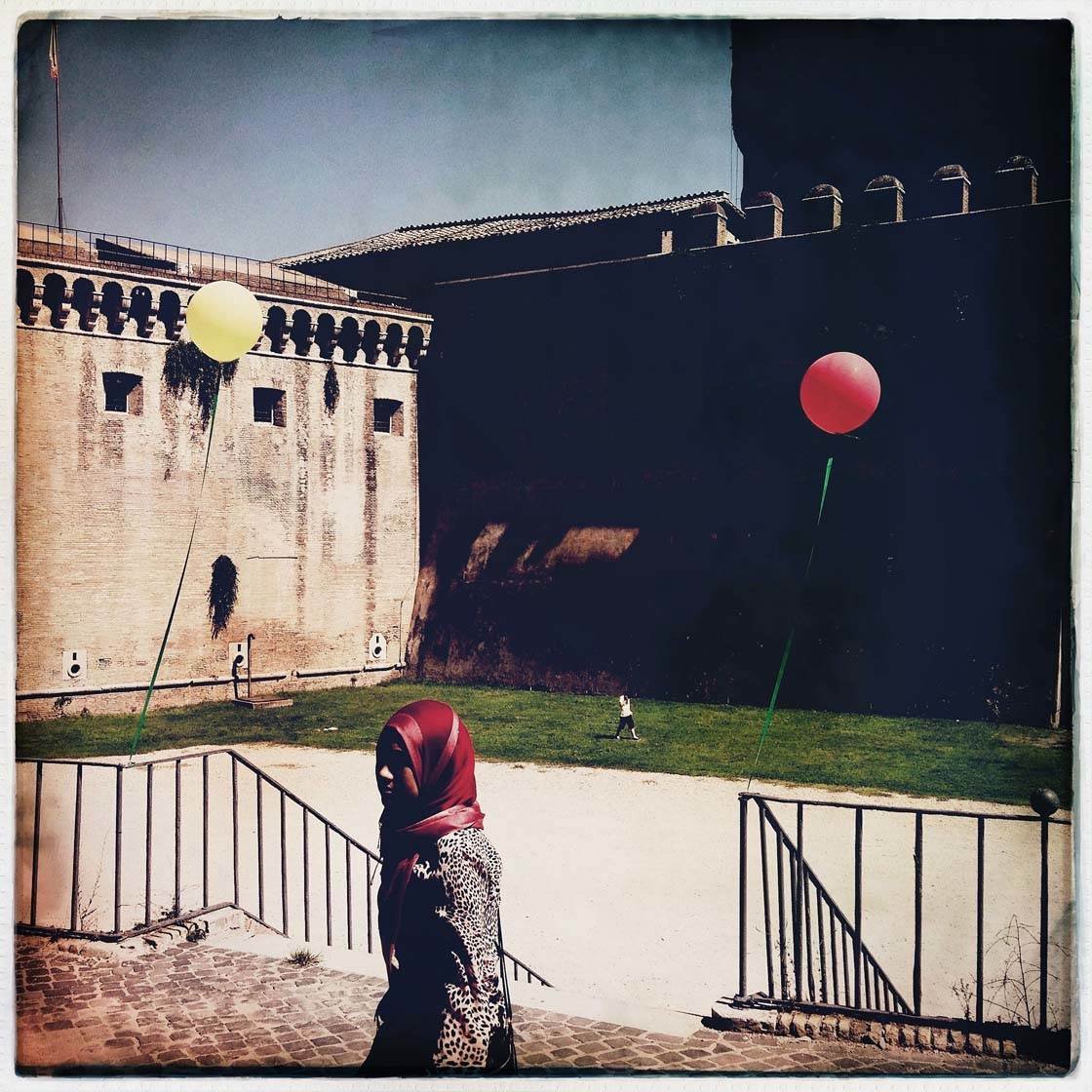 Sometimes I look away when people are walking into my picture so they don’t think I want them to do exactly what they’re doing. Other times I look innocent and ask permission. It all depends. Most times it works, sometimes it doesn’t and I beat a hasty retreat.

For me, black and white is often more beautiful than color. I find color distracting. Often there are too many colors in a color photograph and it becomes a confusing mish-mash of unnecessary stuff. Black and white allows the essential forms to become visible and be appreciated. 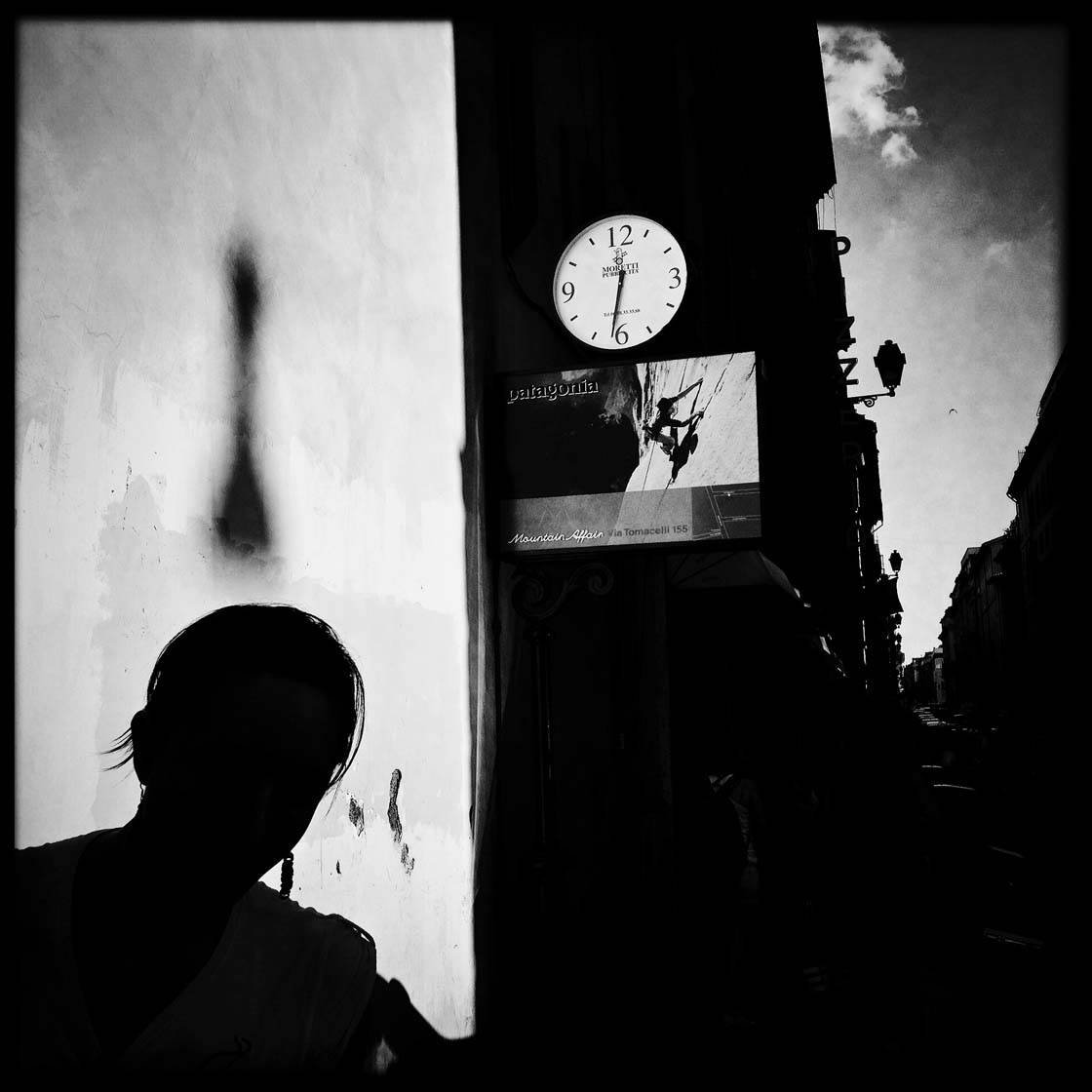 That said, there are photographers who are able to use color as if it were black and white and I’m in constant admiration of their work.

At times I find that something needs to be in color, like it’s asking to be in color. This happens mostly in summer when the light is warm and soft, and the colors are irresistible. But that’s a bit of an exception as my choice would normally be black and white. 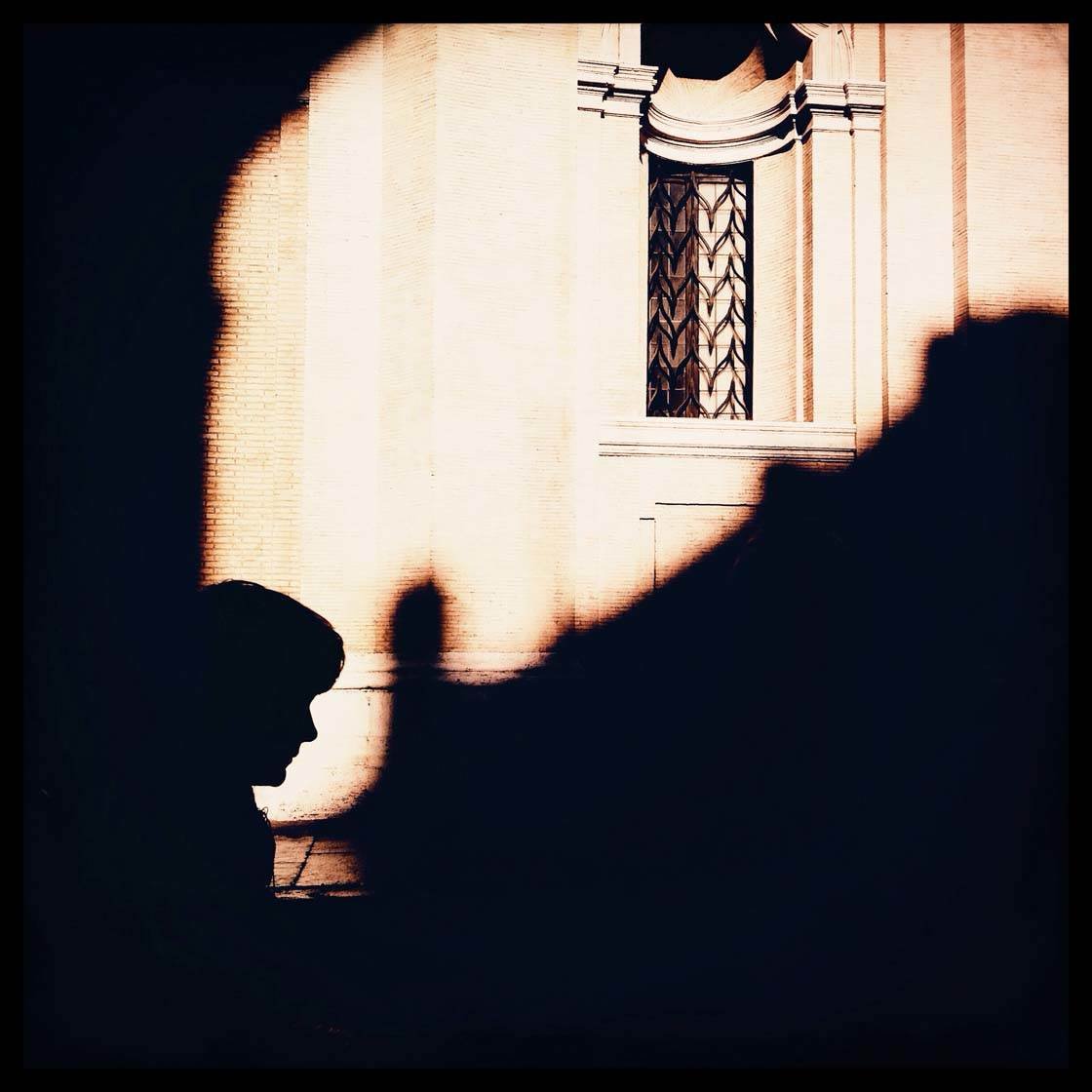 The app I use most is Hipstamatic. The majority of my photos are shot with this app. 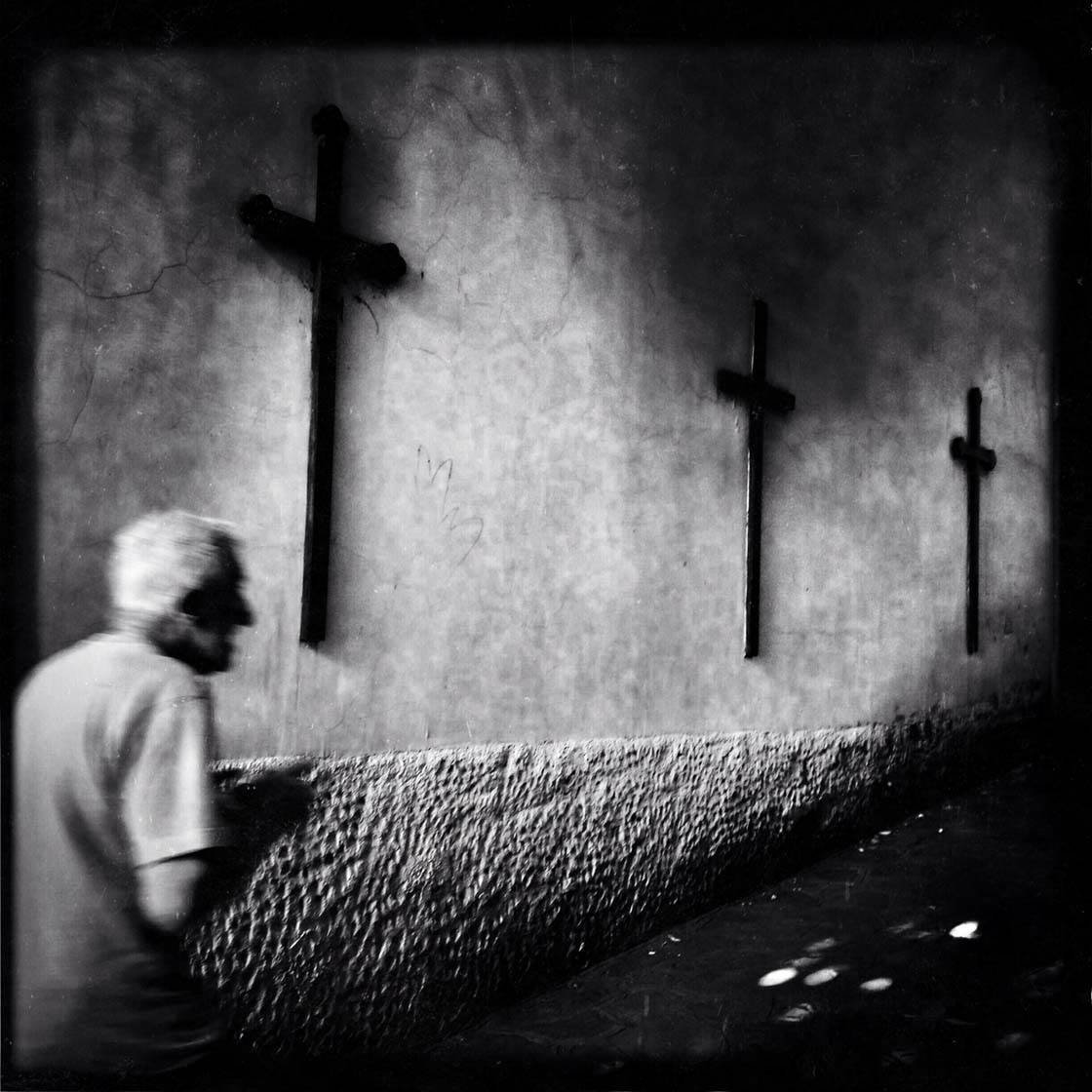 My favorite apps are  Snapseed, VSCO Cam and Mextures. At times also Oggl and Polamatic, but my usual process is with one (or all) of the first three I listed. 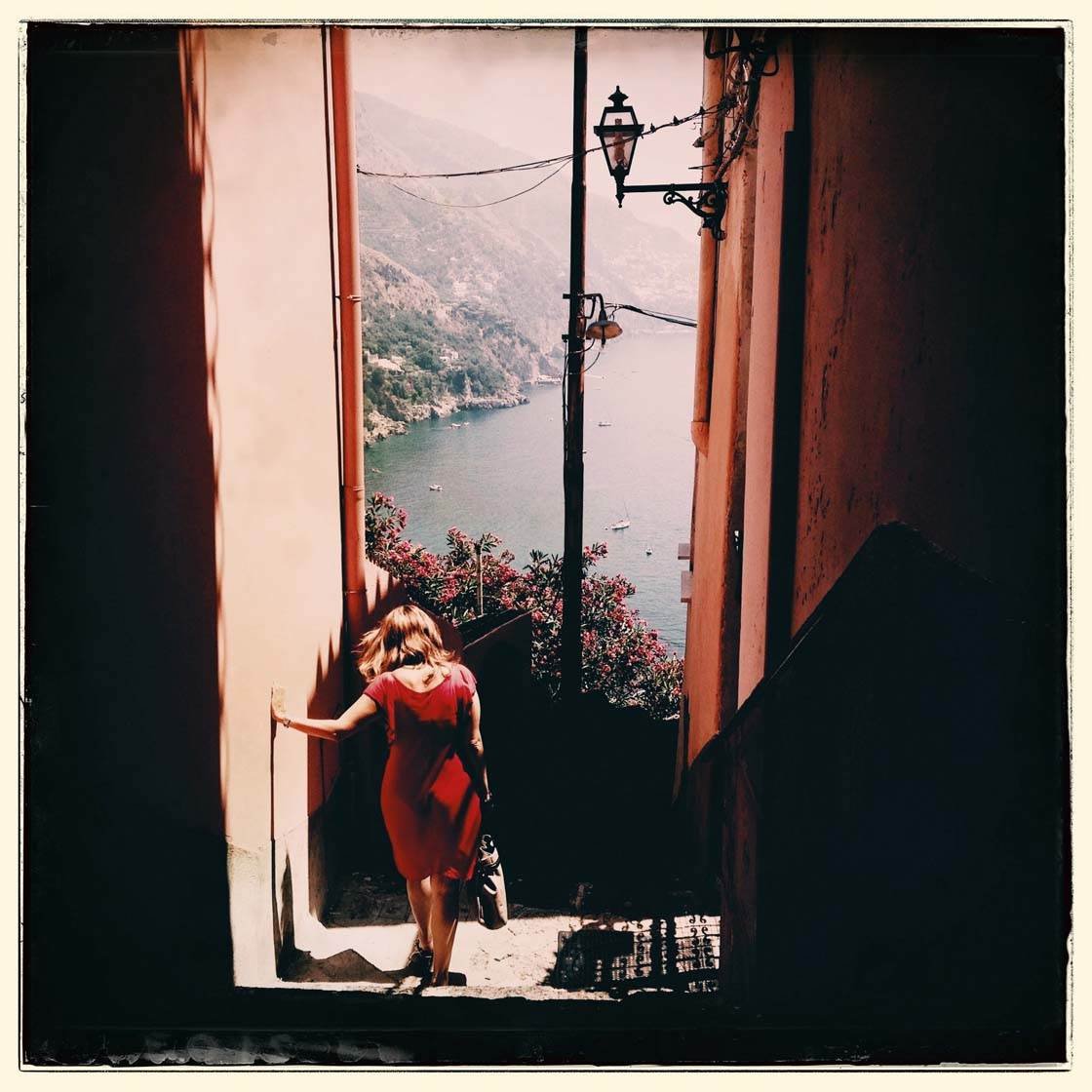 Do you use any iPhone photography accessories?

No, I don’t use any iPhone accessories. 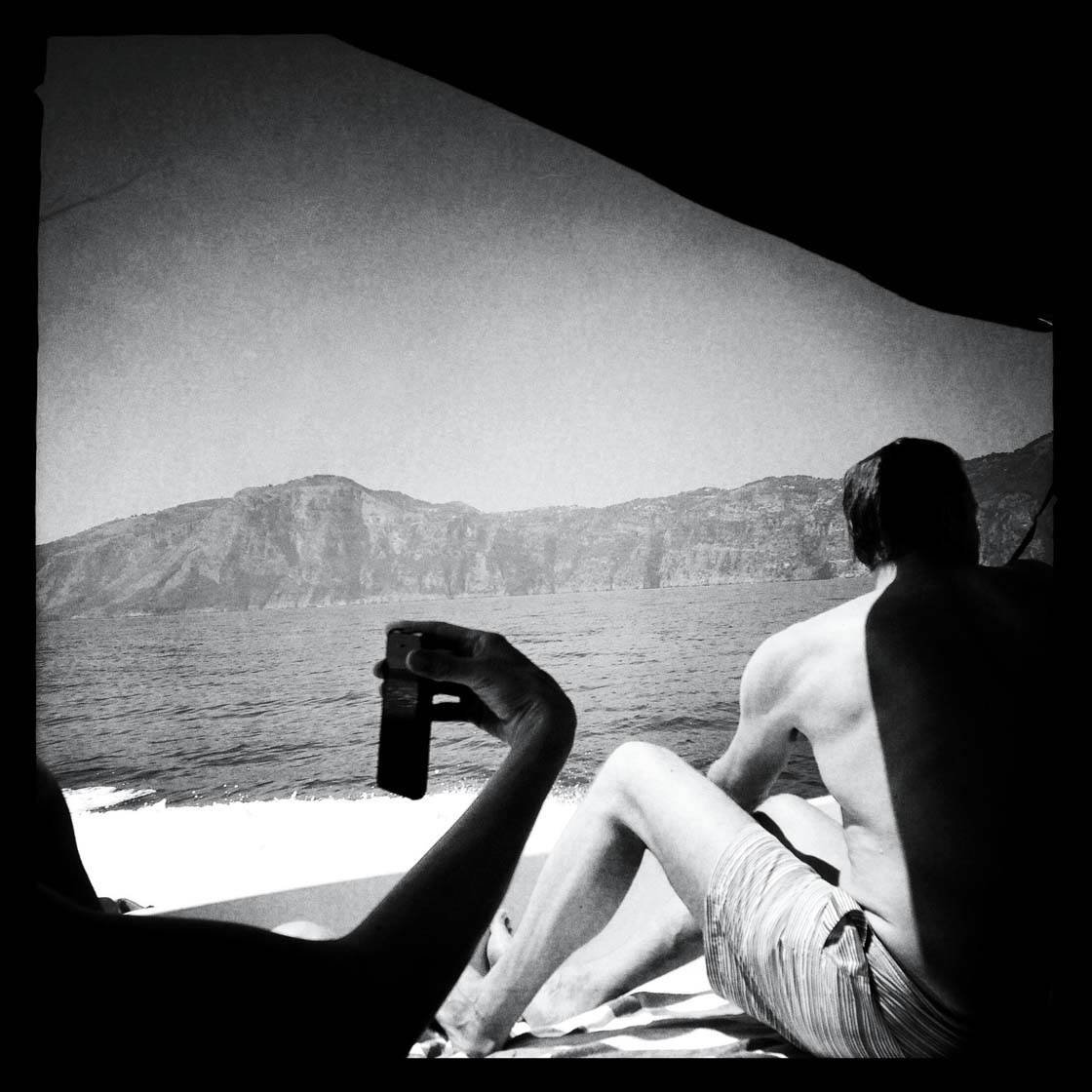 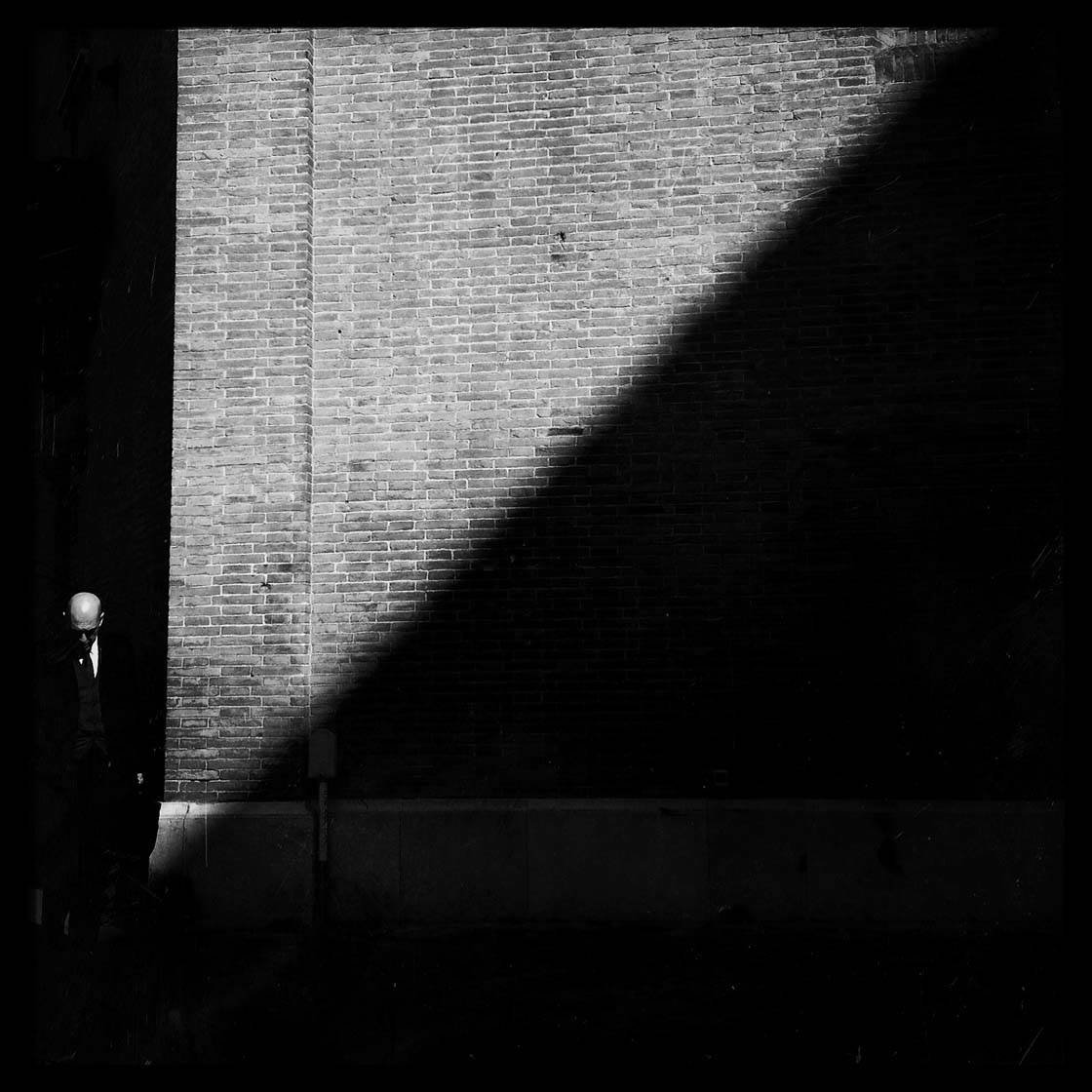 This photo was shot in Pisa in 2014. I had just left the hotel where I was staying and I saw this beautiful diagonal of light on the back of the wall of an ancient church.

I started to shoot and a man walked into my shot. He saw me and bowed his head to hide his face from the camera. Thankfully he was bald and he made my photo!

Not much editing was needed here. I deepened the shadow by using Mextures and then VSCO editing tools (or vice versa, I don’t remember) and then framed it with Snapseed. 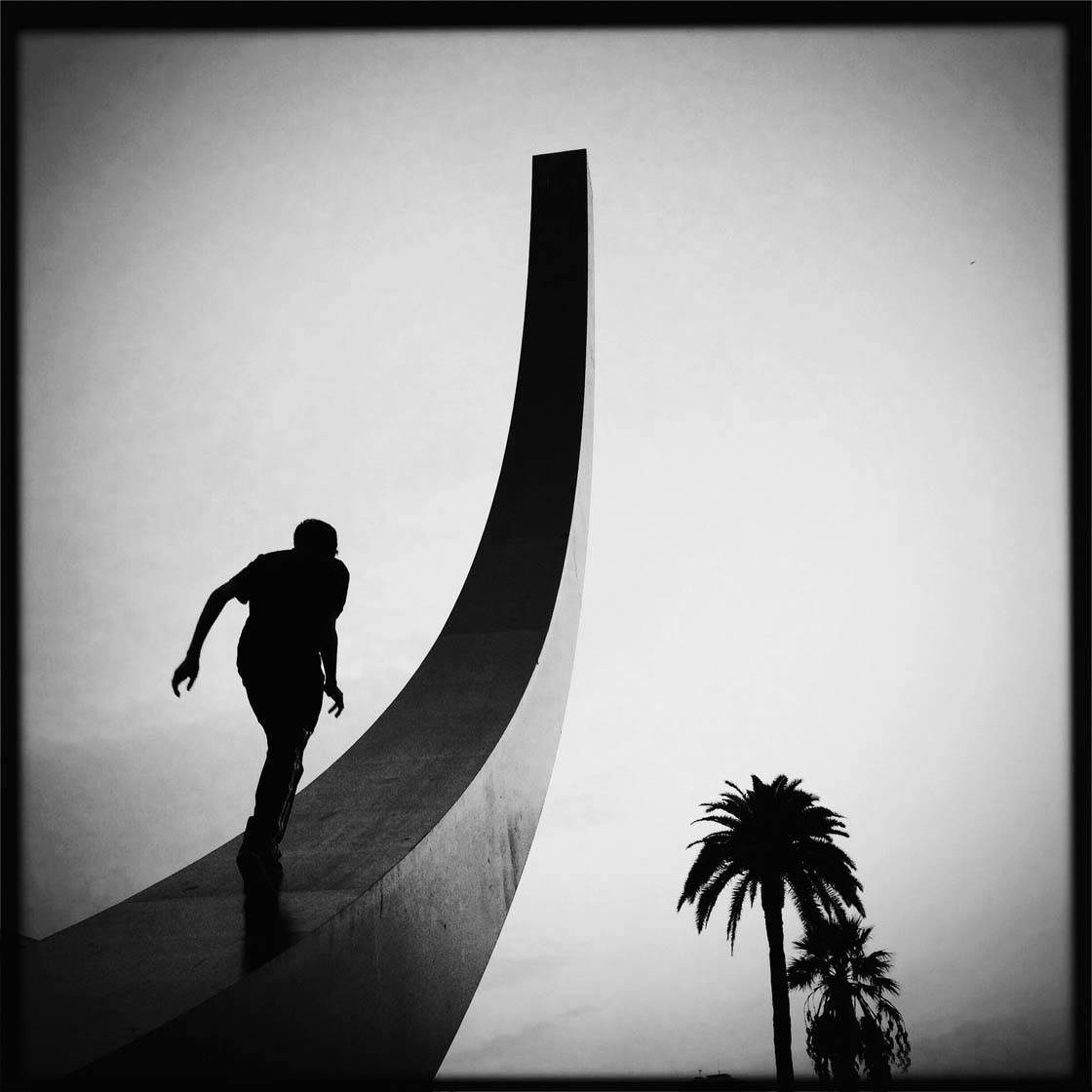 This image was shot in Nice in October 2014. I was there for work and as usual didn’t have a lot of time to shoot, but I managed to go for a short walk before sundown the day I arrived.

Close to the hotel there was a park with a playground for kids and they’d built this huge sculpture on which a bunch of kids where running up and down. I got into position and shot a great deal of photos, waiting for the right one to happen.

There wasn’t much need for editing on this photo either. I think I worked on the contrast a bit with Snapseed and framed it. 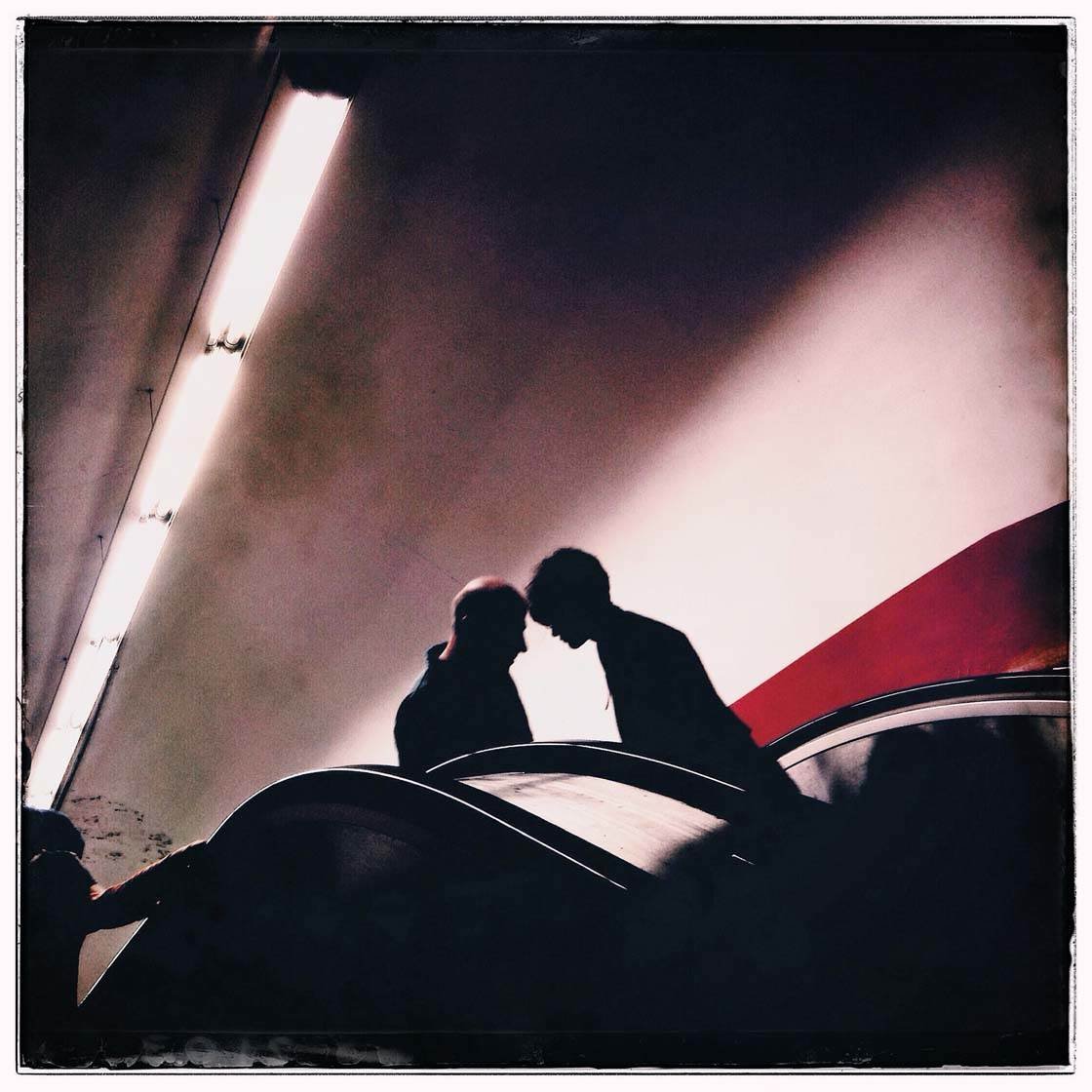 This photo was taken in a subway station in Rome in 2013. I liked the light patterns on the tunnel walls and I just stood at the top of the stairs hoping something would happen, when these two appeared… it was pure luck!

I shot it using a Hipstamatic combo called Madalena and Robusta, which gives a sort of muted color that I often tweak by increasing the contrast, which is what I did in this case. I think I only used Snapseed but there may also be a bit of VSCO Cam.

My editing process is often long, with a lot of back and forth. I sometimes do a lot of edits on a single shot so it becomes difficult afterwards to remember which process went into the one I finally choose.

You recently had one of your iPhone photos selected to appear in the “Out Of The Phone” mobile photography book. Congratulations on this incredible achievement! How does it feel to have your photo featuring alongside the work of well know mobile photographers such as Richard Koci Hernandez and Ben Lowy?

Thank you so much Kate. It was one of the most exciting moments ever! I was completely speechless when Pierre Le Govic (@pierrelegovic), the mastermind and editor of the Out Of The Phone books, emailed me to say that he wanted to include my photo in the book. It seemed unreal!

When I look at the book and see my photo in there I’m absolutely thrilled. Not just because I’m in there but because Pierre has put together a fascinating collection of incredibly good photographers from all over the world, which is something nobody has ever done before. 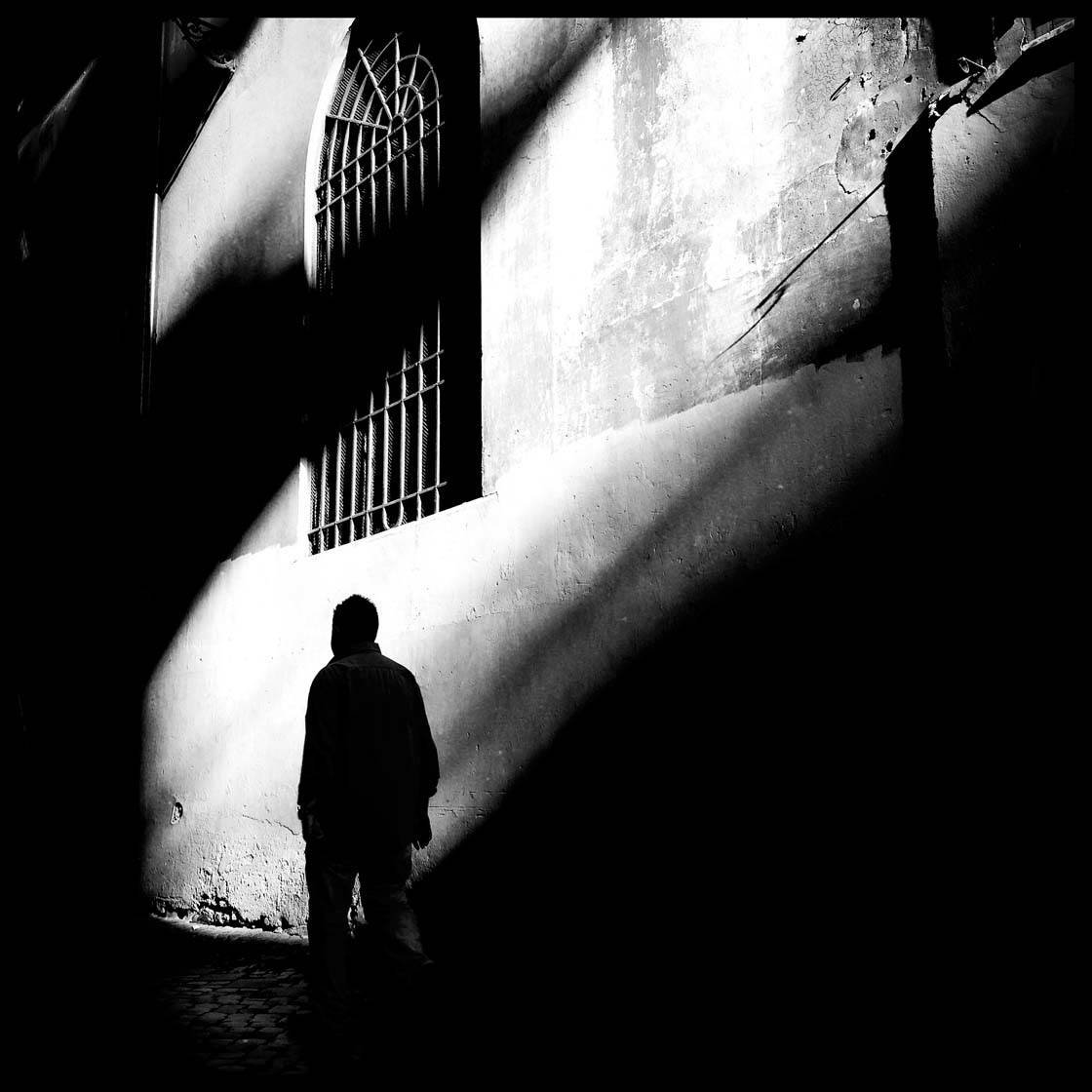 It’s also an amazing demonstration of how photography has changed in the last few years and how people using an iPhone or a mobile phone camera can take absurdly good photos and create real art.

What tips do you have for beginner iPhone photographers who want to start taking more creative photos with the iPhone?

First of all, find photographers who’s work you love and follow them. Look at their photos and try to understand what it is you like in each photo and how the photographer took the picture. 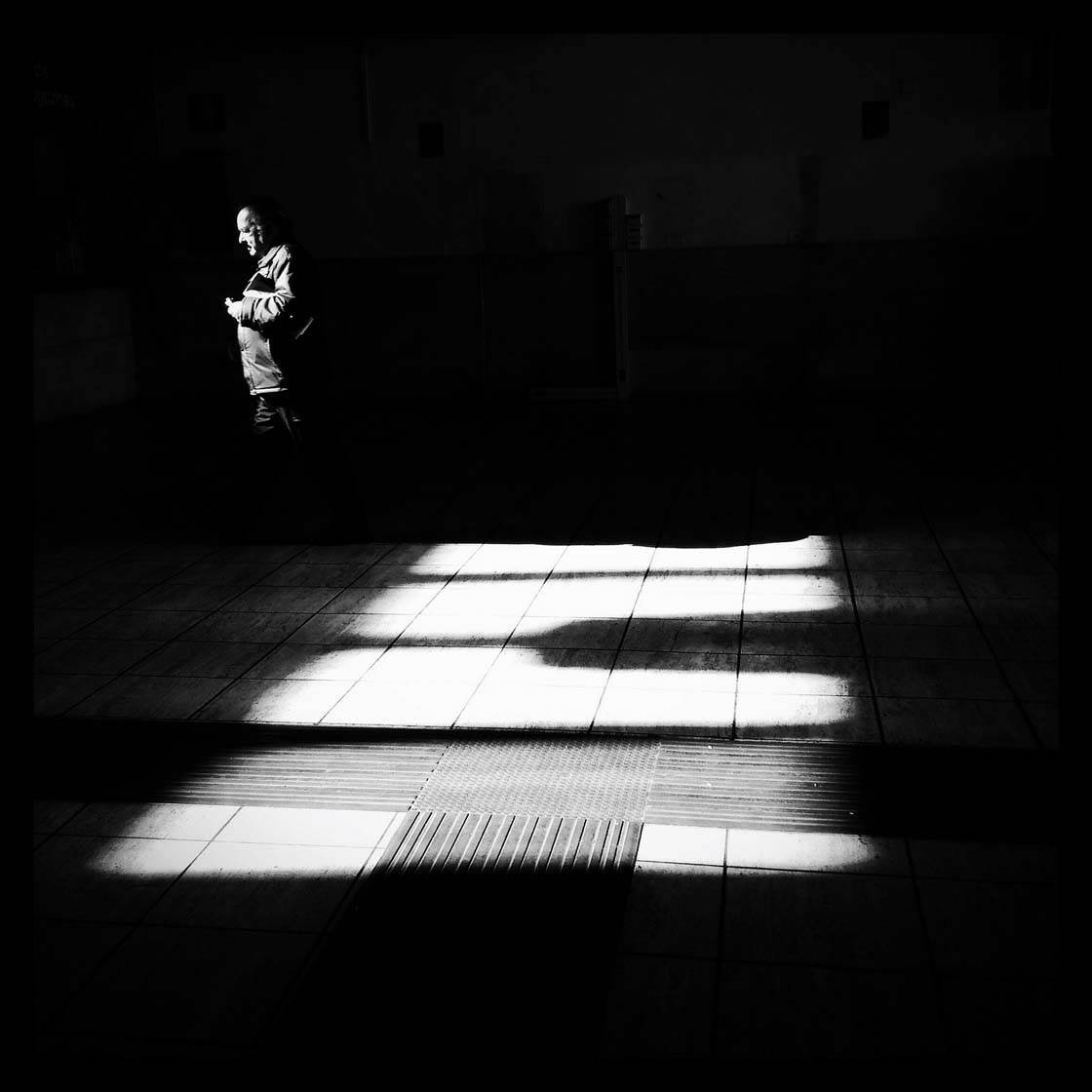 Experiment with apps, or if you’re using Hipstamatic experiment with film and lens combos, until you find what suits you. Find your style and express it as well as you can, always putting the bar higher.

Once you’ve learnt how to do something and you find it easy, move on to something else. This way it’ll never get boring and your photos will always be better. 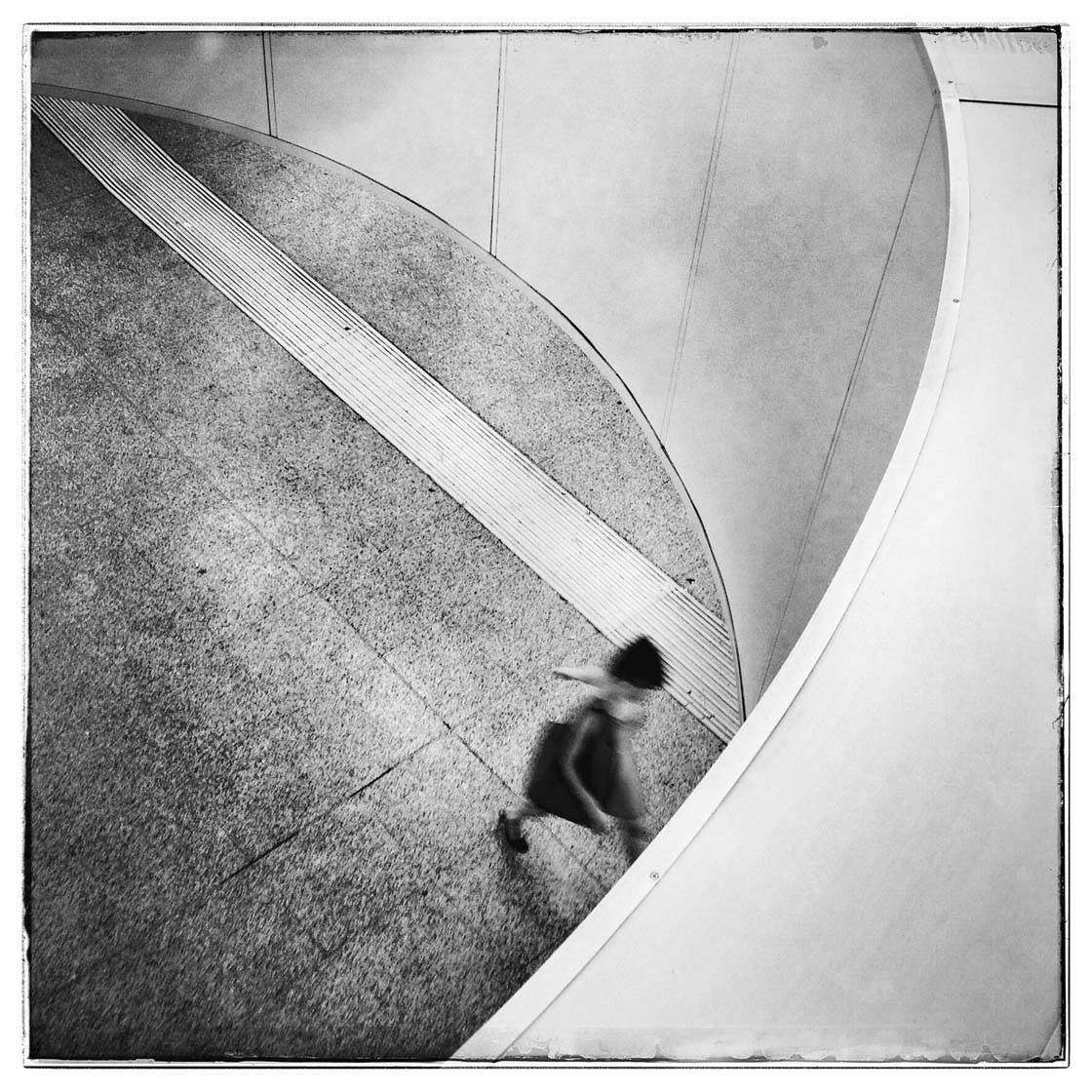 There are quite a number of really excellent photographers who’s work I love, so it’s a difficult choice. I’ll name a few who are a constant source of inspiration. 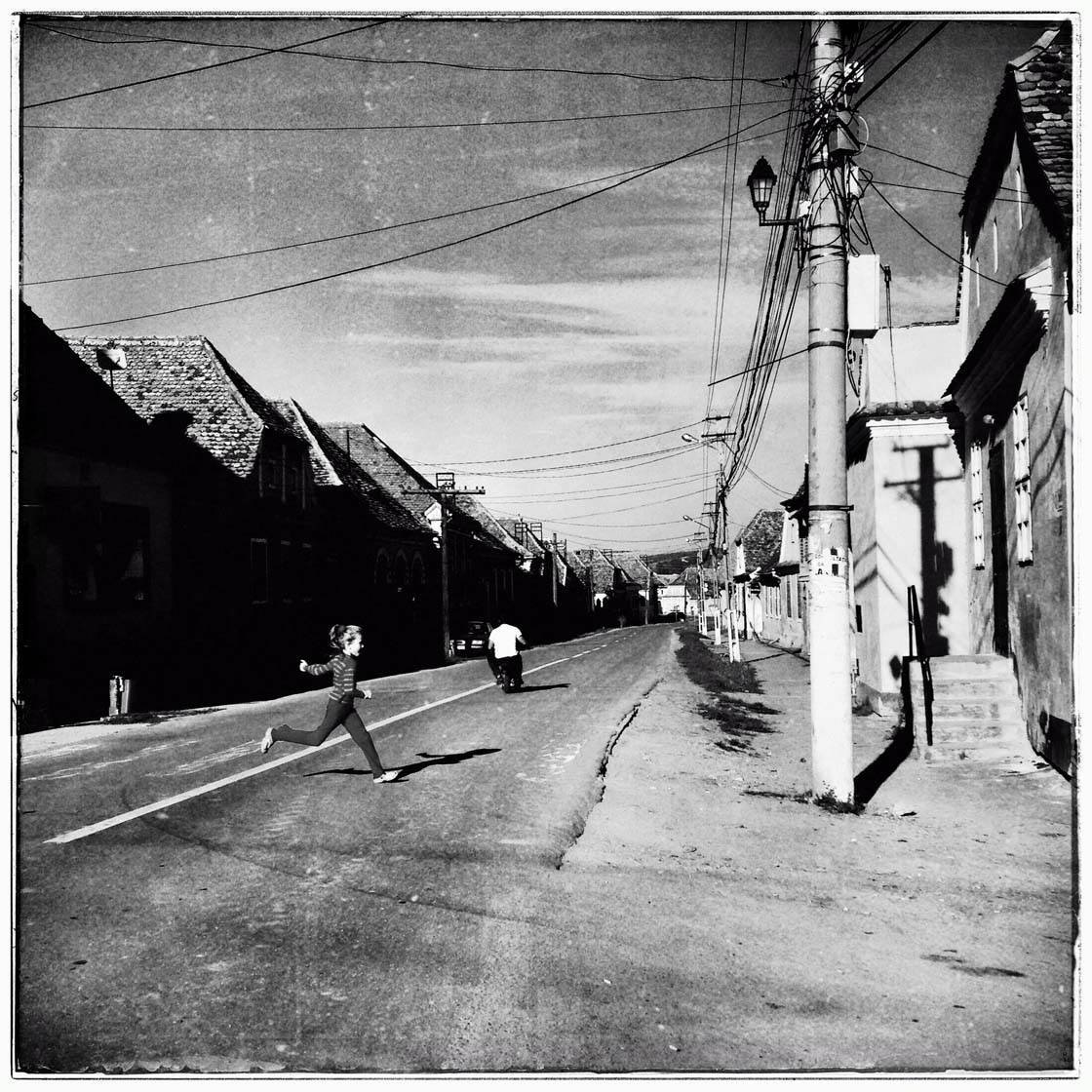 For the moment, only on Instagram @eauditalie. And on the walls of the Eau d’Italie store in Rome, in Via dei Coronari 146. 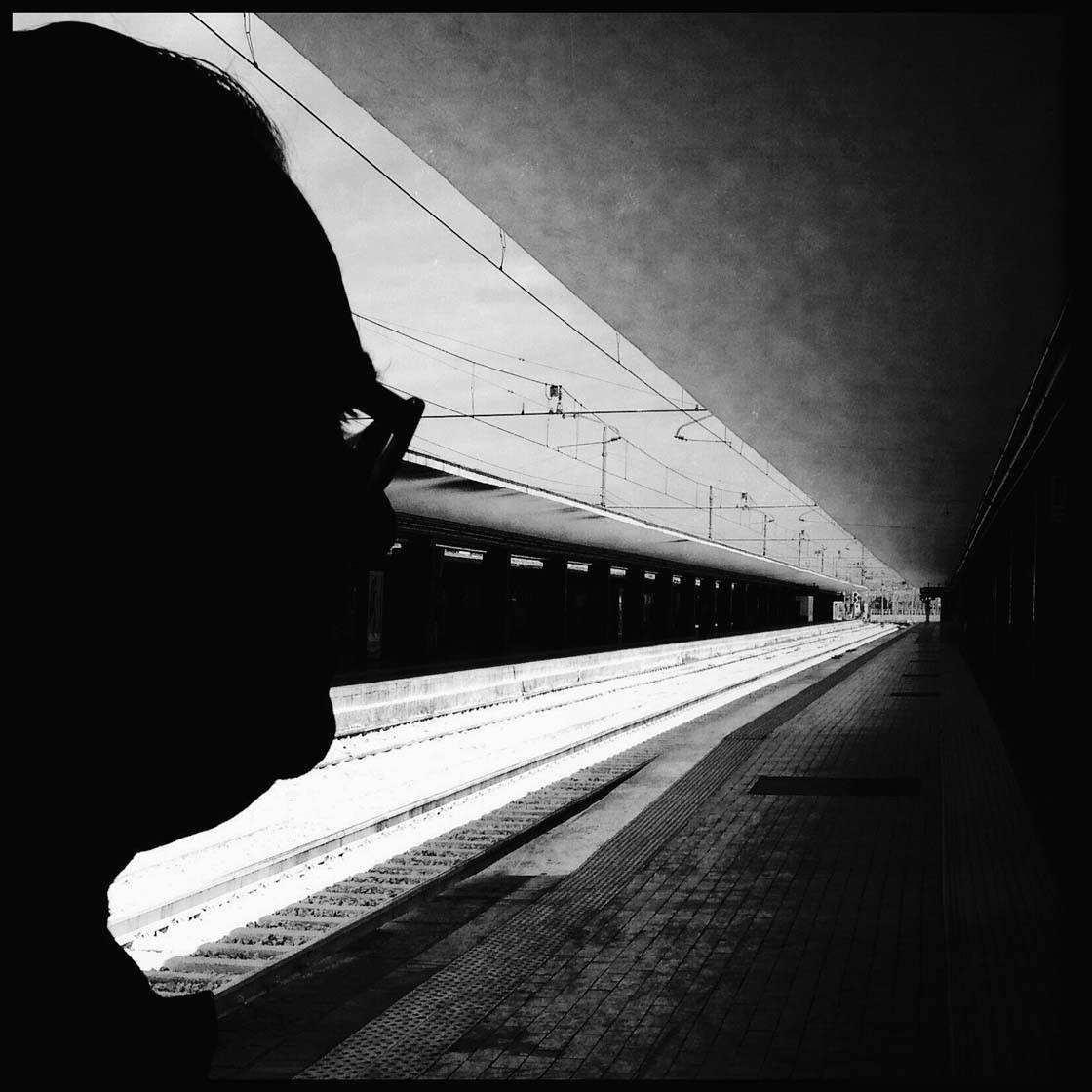